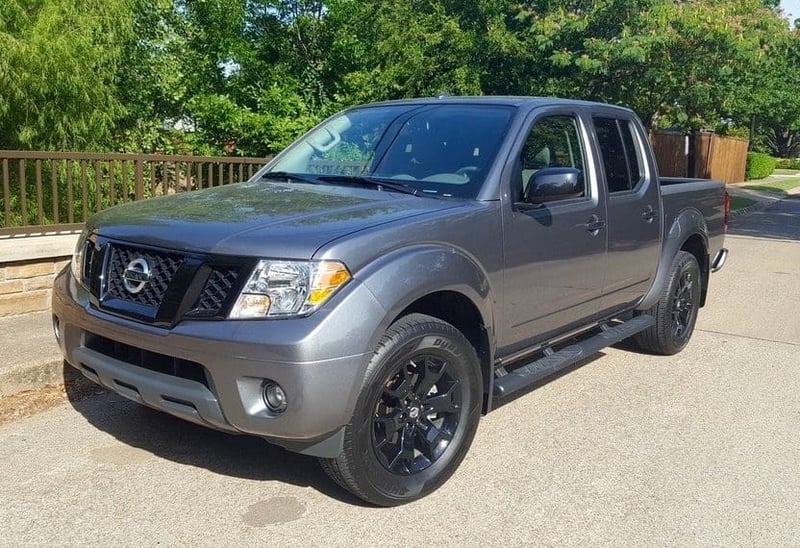 Seven hundred dollar tents and sleek Manatee kayaks rarely clutter the beds of rawboned Nissan Frontier pickups, and you won’t likely find one amid the glistening Porsches and Benzes at those four-star, white-tablecloth restaurants that won’t let me in.

So go ahead and toss that 50-pound toolbox into the back of the stolid Frontier. It wears scratches like make-up.

Unlike some of the fancy new “lifestyle” pickups, the 2018 Frontier I had recently seemed as basic and scuffed as a Teamster’s work-boots – as pickups once were.

While Nissan marketers might disagree, the Frontier is the blue-collar work-truck of the segment – a solid spot that earned the truck a respectable 40,000 sales in the U.S. in the first half of the year.

Just don’t expect to be coddled or dazzled.

In fact, the metallic-gray crew-cab model I had didn’t look much different from the Frontier I reviewed three years ago, nor did it gain any real power or fuel economy in the intervening years. (Neither did I, come to think of it.)

Sturdy as always, though, my four-wheel-drive Frontier wore a blacked-out grille flanked by average headlamps and topped by a broad hood with a few character lines carved in it – all of it instantly familiar.

Meanwhile, flared fenders on the “Midnight Edition” model I had provided a nice contrast to the truck’s mostly flat sides.

Of course, like every pickup sold in America, clean vertical tail lamps graced the Frontier’s rear end. (I guess they don’t have any other place to put them, do they?)

Although not at all distinctive, the truck was still attractive in a spare, bare sort of way and can tow nearly 6,300 pounds thanks to its strong fully boxed frame.

As in previous years, it relied on a well-traveled 4-liter V-6 with 261 horsepower and 281 lb.-ft. of torque distributed to all four corners by an outdated five-speed automatic – again, effective but unremarkable.

The lunch-bucket parts, though, work and play together pretty effectively, and my $34,000 Frontier was about $10,000 cheaper than many of its well-equipped competitors.

Think of it as a shovel, not some polished silver spade from Restoration Hardware.

While a bit coarse, the 4-liter V-6 felt energetic and willing down low, accelerating to 60 miles per hour in a reasonable 7.3 seconds, according to Car and Driver.

With just five gears to select from, the 4,600-pound pickup could get sort of noisy, particularly above 4,000 rpm, where it seemed flat and unrefined.

Moreover, its average fuel economy of 17 miles per gallon is no better than many full-sized pickups.

But, hey, it’s a truck, not some sissy German sports sedan.

As such, the Frontier offered slow, numb steering and a stiff, fidgety ride around town that tended to smooth out some at speeds over 40 mph.

However – and I give the thick chassis credit – the Frontier didn’t crash over bumps or squirm and squeak on our increasingly pock-marked streets.

It also cruised pretty comfortably at 80, always a requirement in these fast times.

As you might expect, though, 34 large doesn’t buy you leather, suede and plush carpet inside.

A kind of coarse gray-plastic dashboard, for example, rolled down onto a modest center-stack featuring a 5-inch display screen and basic buttons and switches for the audio and climate systems.

Granted, it wasn’t much to look at, but like everything else on the Frontier, it worked and was reasonably comfortable – even in back where the leg- and head-room were fine.

Although sometimes hard to spot, the truck actually had $3,000 in options, including the aforementioned “Midnight Edition” package with the black wheels, step-rails and black bumpers ($995); as well as a “Value Truck Package” that provided heated front seats, a leather-wrapped steering wheel, and a sliding bed extender ($1,890).

Look, I agree that profit-conscious Nissan could do a much better job of investing in a long list of improvements for the Frontier, but the truck has found its niche as a basic work-shirt and jeans pickup with a relatively affordable price.

If you appreciate function above everything else, it’s darn near beautiful. 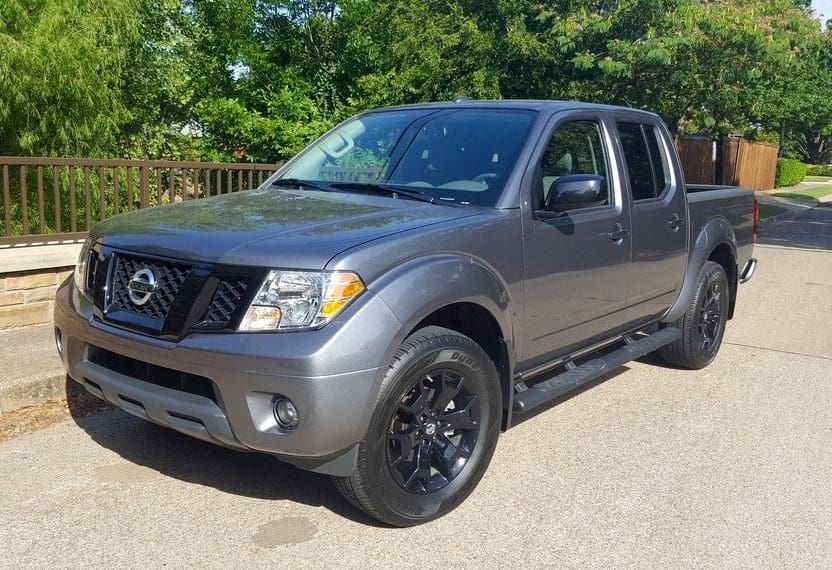 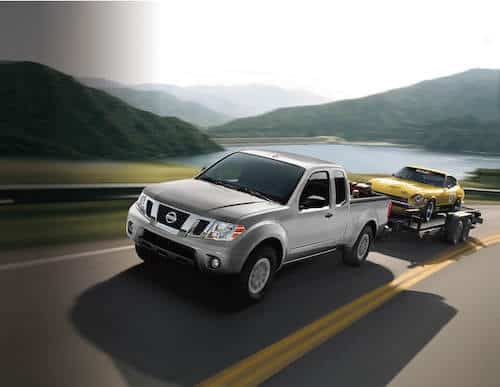 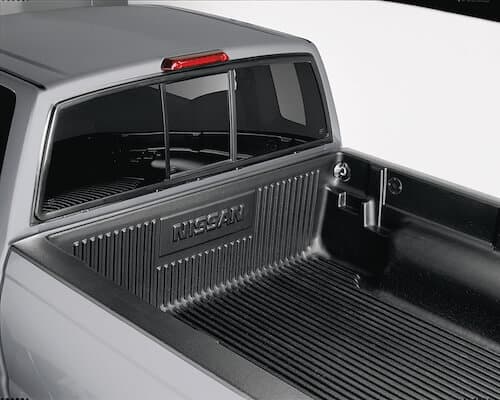 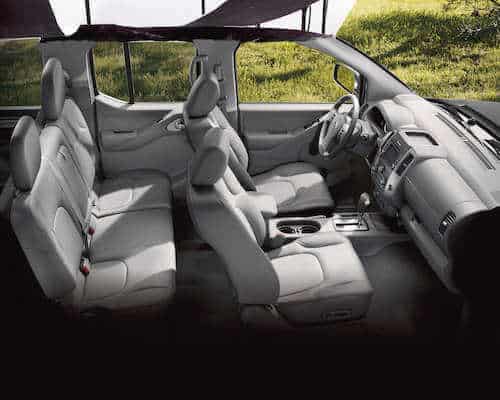 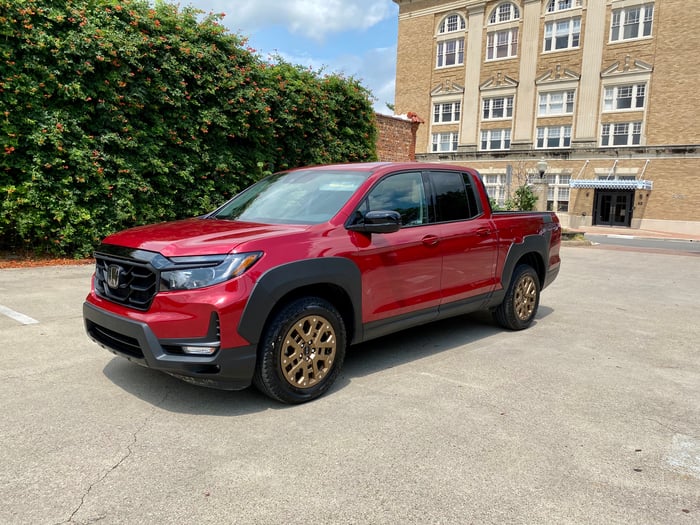 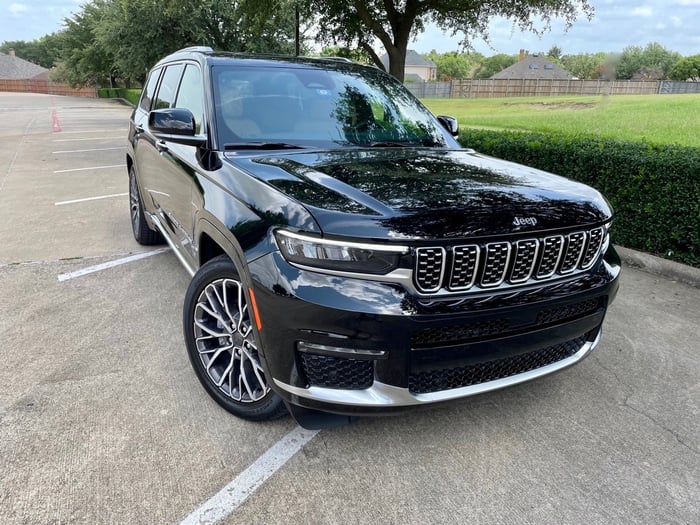