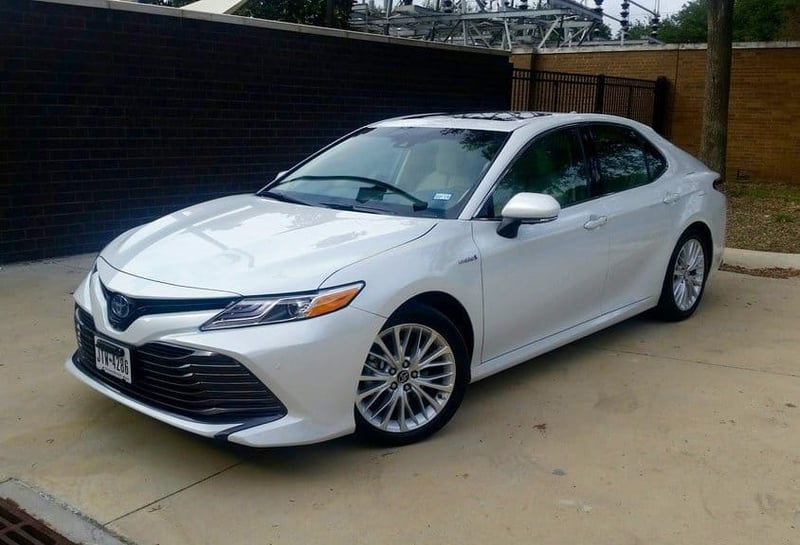 Even in pristine white, the new Toyota Camry doesn’t quite glide swan-like down golden highways, but it sure makes nice waves on suburban boulevards – and I can’t remember the last time I said that about the ugly duckling of mid-size sedans.

Granted, the heavily restyled and re-energized 2018 Camry Hybrid XLE I had recently still sports a grille that resembles venetian blinds at some hipster’s loft.

However, that unfortunate holdover doesn’t much mar the handsome, athletic Camry – a car far better than most of us had anticipated.

What’s next, a quiet, tweet-free day in Congress?

Heck, maybe there’s even hope for me – and by the way, do I look like I’m shrinking?

Possibly. Everything on the Camry, though, appears pretty solid with crisp new lines, a much-improved interior and a stiffer, redesigned platform.

Just ignore the front of the car, advice I have long heeded with Camrys in general.

The new sedan looks sleeker thanks to a two-inch longer wheelbase, a more rakish top and a slight increase in width.

A sculpted, raised hood, for example, tops taut sides that look similar to those on the 5-series BMW.

Moreover, the rear roof pillars on the new car are more angled, allowing the gracefully curved top to flow down onto a short, slightly raised trunk also reminiscent of a BMW.

Unlike gray Camrys of the past, the new one displayed some strut even as a white hybrid.

Fairly aggressive shoulders gave the rear fenders some strength, while the top corners of the front doors kicked up slightly to flow into the hood – touches you didn’t see on milquetoast Camrys of the past.

The improvements extended beneath the hood as well, where one of Toyota’s 2.5-liter four-cylinder engines was aided by a revamped hybrid system featuring a permanent-magnet AC motor.

As in most hybrids, the electric motor and nickel-metal hydride battery pack provided silent power to get the 3,700-pound Camry rolling.

Gasoline engines are least efficient when moving a vehicle from a stop, so the electric motor – which also assists at higher speeds – contributes heavily to the Camry’s 44 mile-per-gallon fuel economy in the city and 47 mpg on the highway.

Although the four-banger and electric motor generate a total of only 208 horsepower, they felt pretty strong – even tied to a continuously variable transmission, the roundly despised CVT.

Mighty Mouse and company spun out good torque from a stop, creating a nice, almost V-6 surge to 40 or so.

In flat-out acceleration, the system sweated more, droning a bit through the CVT, but it could still push the Camry to 60 in a reasonable 7.9 seconds, according to Car and Driver.

More surprising still was the Camry’s overall poise on the road.

In sport mode, its steering felt quick and well-weighted, enabling the big Camry to turn into corners with some uncharacteristic vigor.

Although the body leaned a bit in corners, the car kept its composure, eventually settling pretty firmly onto its springs.

In fact, while hardly a sports sedan, the Camry rarely felt awkward being tossed into corners.

The ride was athletically compliant, absorbing most bumps with generous wheel travel – again, kind of like a German sedan.

My $38,000 Camry displayed some Lexus influences as well with its finely executed tan-and-black interior.

A broad dashboard in pliable black plastic, for instance, featured an unusual triangle-shaped center-stack and a swoopy lower dash in tan.

Stuffed behind all of that were the usual systems for pedestrian-detection, active cruise control, and lane-departure warning.

Meanwhile, the lower edge of the center stack curved down to wrap around the console, while sculpted tan door panels offered padded armrests and some classy stitching.

As you would expect in a hefty mid-size sedan, the leg- and headroom in back were substantial.

For now, the new Camry and excellent new Honda Accord once again command the declining mid-size sedan segment.

Toyota scion and CEO Akio Toyoda, an enthusiast who enjoys racing, has pushed for years to make the Camry and other vehicles more dynamic and lively, and finally got it. 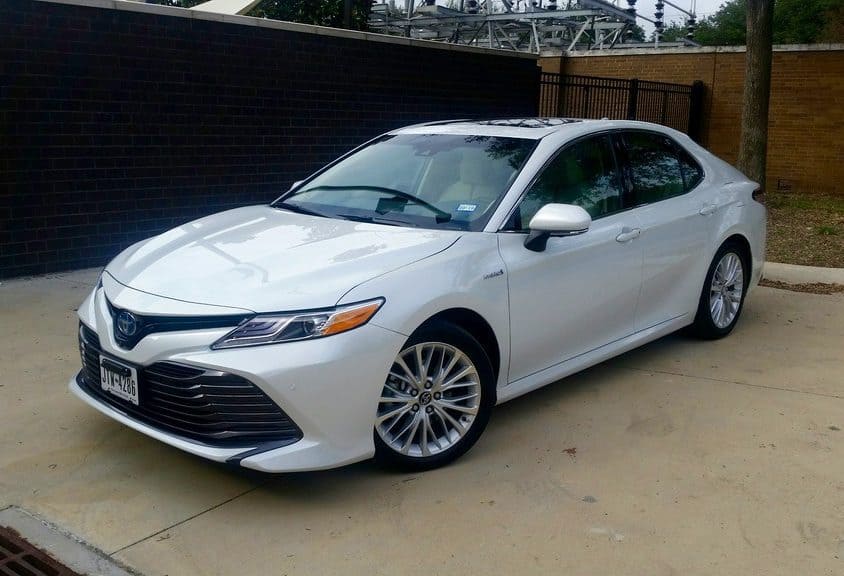 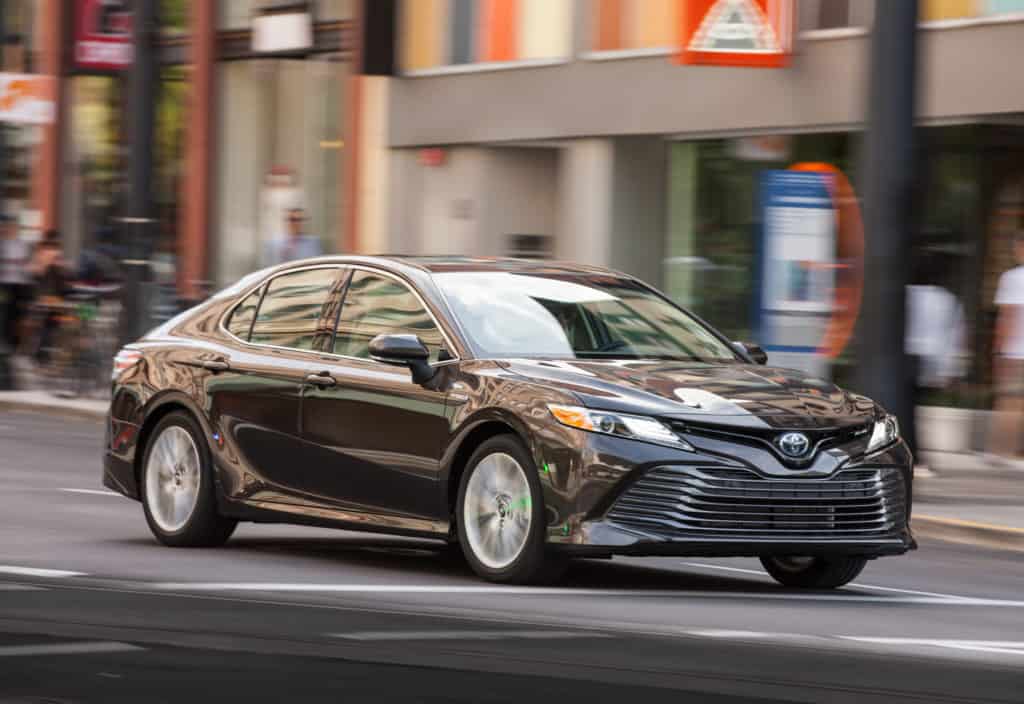 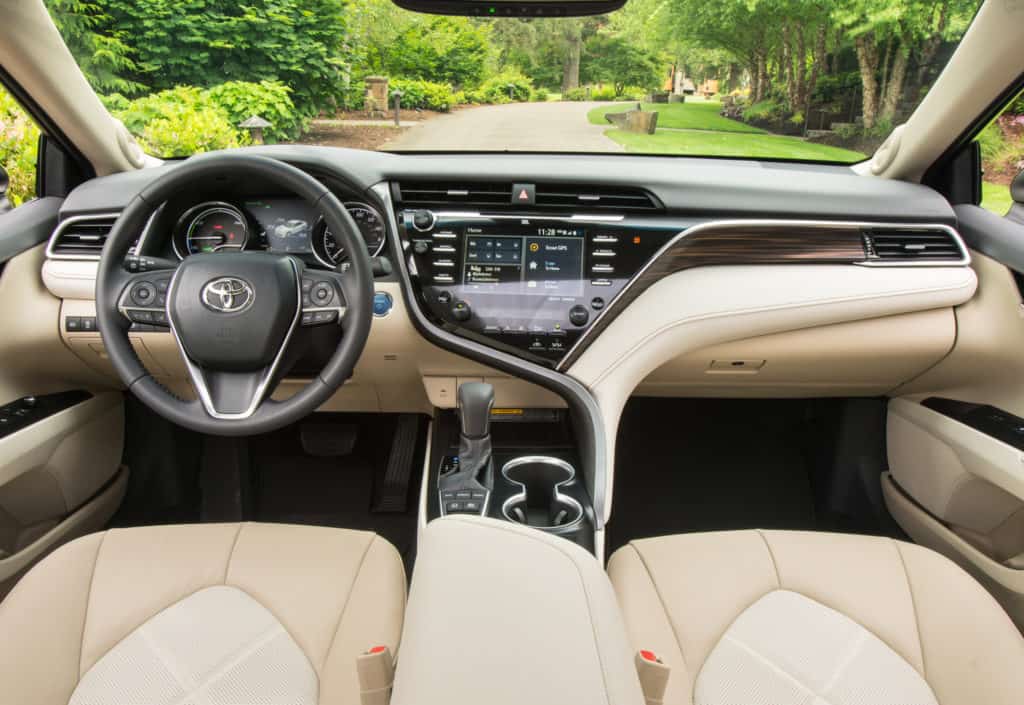 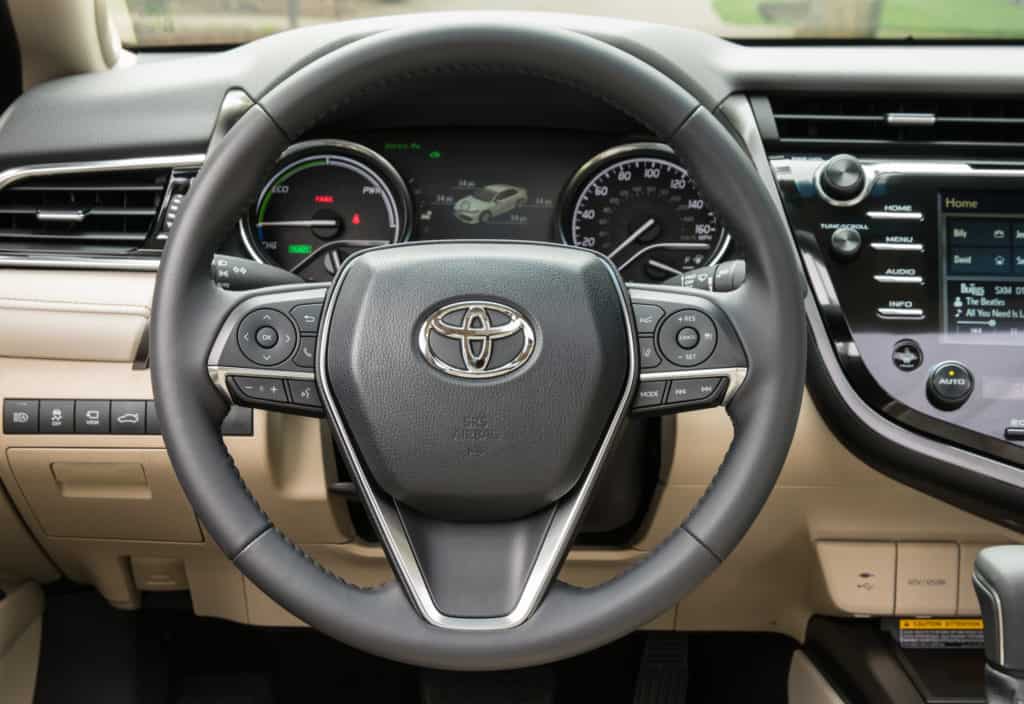 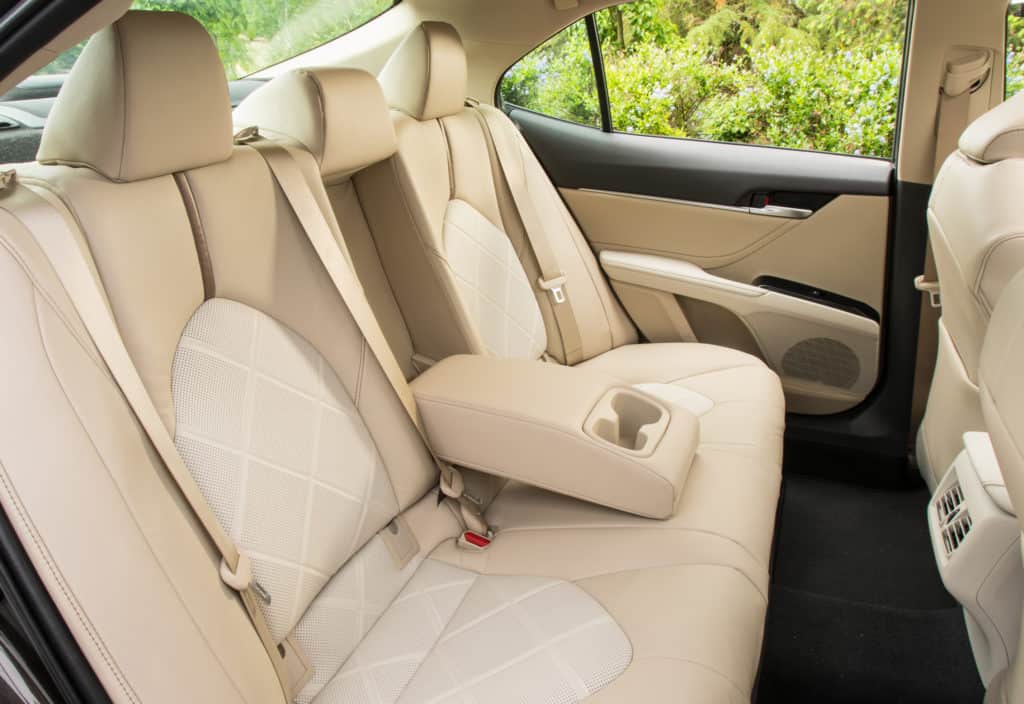