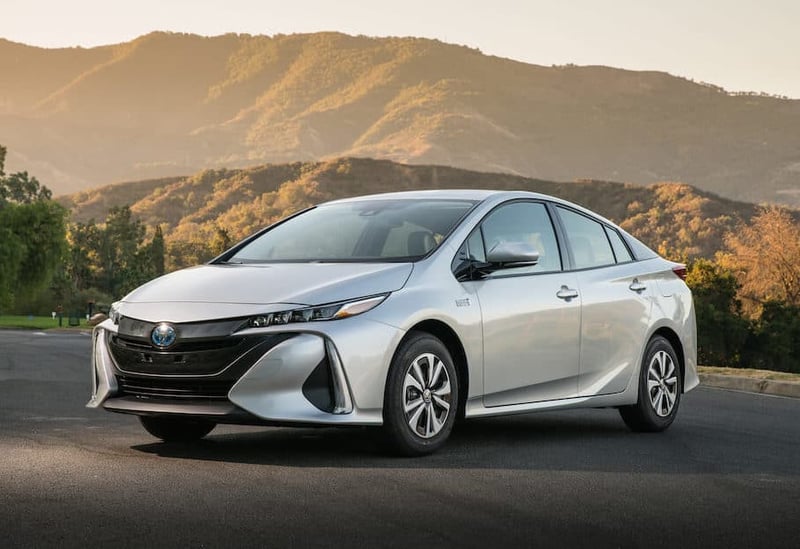 Meet the Prius you can plug-in: the 2018 Toyota Prius Prime. It's a vehicle that proves polarizing looks don't hold a candle to being fuel efficient for some drivers. Prime sales are up 42% for the year and according to Inside EVs the Prime is behind only the all-electric Tesla Model 3 for the year in terms of all hybrid or all-electric models combined.

The Prime comes in three trims: the Plus, Premium, and my top-of-the-line Advanced trim. All receive the same hybrid electric powertrain. And as Car Pro Show host Jerry Reynolds often says on the show, Toyota has the best hybrid drivetrain in the industry.

The standard Prius hybrid and the Prius Prime share a 1.8-liter Atkinson-cycle, four-cylinder engine powertrain and a Continuously Variable Transmission. You can plug the Prime in to charge its larger 8.8 kWh lithium-ion battery pack.

Admittedly I have a lead foot that lends itself to higher-horsepower vehicles. So it may not be fair to say I found the Prime’s 121-horsepower and engine revving to accelerate uninspiring. But that was my experience. I prefer to feel more confident pulling into traffic. Oddly, I was more enamored with the similarly powered 2017 Toyota Prius Four Touring I reviewed last year, which weighs slightly less.

The Prime can take you 25 miles on EV mode alone and deliver a total driving range of 640-miles. It delivers an EPA-estimated MPGe of 133, and 54 mpg combined in hybrid mode. With a standard household outlet, you can get a full charge in less than 5.30 hours. If you use a 240V it's just 2.10 hours.

The electric power steering was on the looser side for my taste but the ride was pleasant and smooth thanks to independent front suspension and double-wishbone style multi-link suspension.  My 75-year-old parents agreed and found the ride quite comfortable.  It was also fairly quiet in terms of road noise.

The Prime sports a partly soft-touch two-tone interior that for me is more futuristic than it is user-friendly. Designers ill-advisedly bathed the entire top of the dash in a light color that proved to be distracting when lit up by the sun. For comparison, check out the darker dash in the two-tone 2019 Corolla Hatchback I reviewed recently.

Toyota did do a great job with the comfortable 8-way power adjustable, supportive driver seat with power lumbar support.

As with other Prius models, the Prime displays all of its driver display info in the center of the dash, instead of behind the steering wheel.  Look down and you see a large 11.6-inch HD tablet-like display which I found to be pretty reflective. I also found some of the touchscreen buttons rather small to operate. However, the cleanly designed area around the tablet featured user-friendly buttons. You can also use controls on the sofTex trimmed, and in this case heated steering wheel.

Vertical air vents are an unusual feature, as is the gear shifter, which is located on the center stack itself, along with a separate button for park. Behind the gear shifter, controls to heat the seats were almost hidden behind the stack.

The Prime is roomy with plenty of leg- and head-room. It seats four not five. In back, a built-in center console takes away the middle space. There are also no air vents for rear passengers.

Visibility was so-so out the dual pane back. Loading groceries in the trunk was easy since I didn’t have to reach down. But I would have enjoyed a power tailgate button to close the lid.

All models come with one USB port in front, and two 12V outlets, along with Bluetooth, hands-free smartphone capability, tire pressure monitoring and a foot pedal parking brake.  My Advanced trim upgrades the standard six-speaker audio system to a 10 speaker JBL Audio system with integrated navigation and advanced voice recognition.

The Advanced trim comes with a head-up display, along with wireless charging and Predictive Efficient Drive that learns your routes and finds ways to help make them more efficient, like optimal times to release the accelerator.

The Advanced trim adds Blind Spot Monitor, Rear Cross Traffic Alert, and Intelligent Clearance Sonar with Parking Assist that takes control of the steering wheel to help guide you into a parking space.

The Prime starts from $27,300 and works it way past $33,000 for the Advanced trim. Up to a $4,500 federal tax credit may be available along with various state incentives depending on where you live.

If you like a car with a funky personality that makes great fuel economy, has a proven hybrid drivetrain and is roomy for four, then the Prius Prime could be for you. 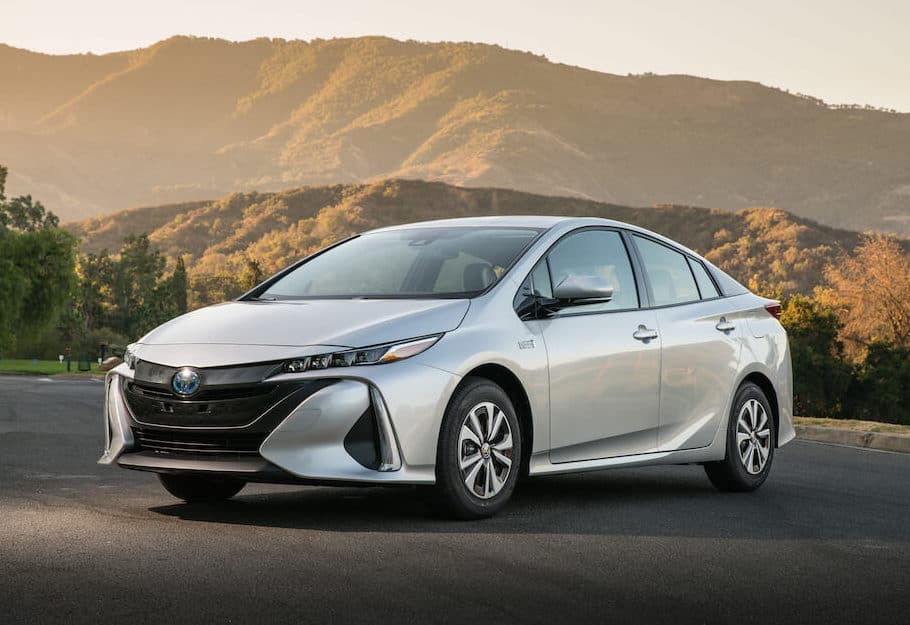 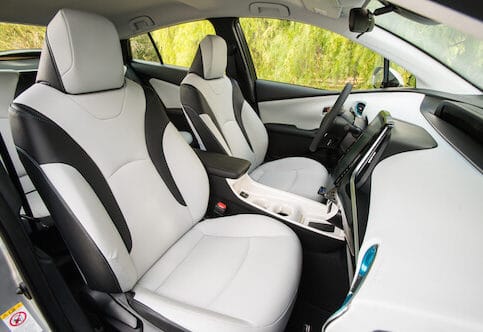 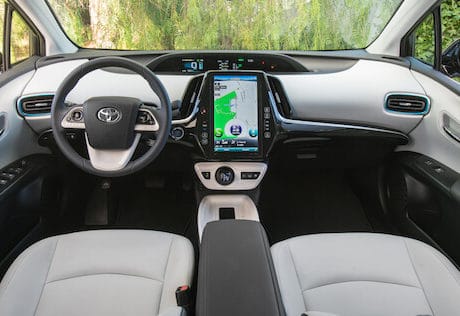 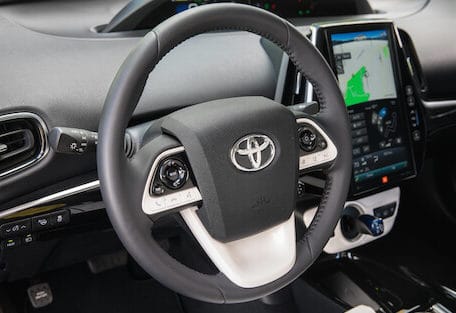