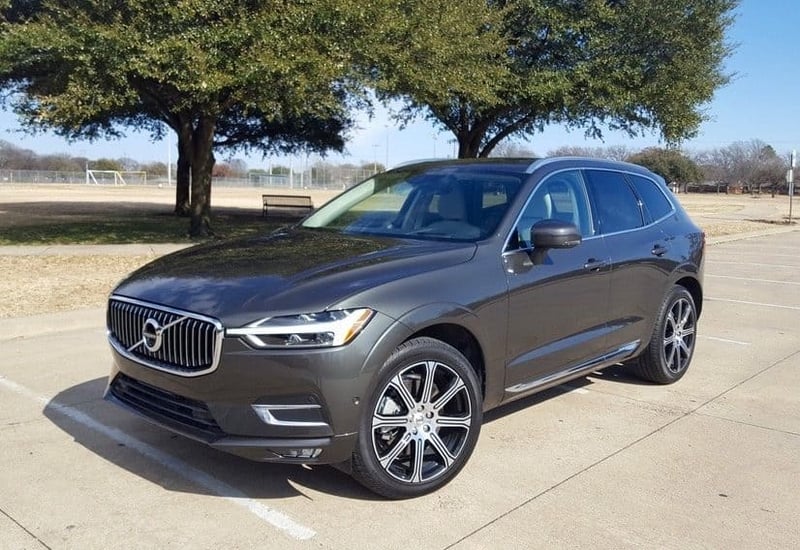 Ten years ago, I figured we might be lamenting the loss of lovably odd Volvo by now – the stolid Swede with ice in its oil and mud on its mats.

Its sturdy, square sedans and wagons sneered at snow or ice or sub-zero New England winters – not to mention style and convention.

I viewed them as libertarian tanks for people who wore sweaters and scowls year-round, and carried shovels in their cars, but those cars and wagons typically got a fairly chilly response in America’s sunny suburbs, adding to Volvo’s steady decline throughout the U.S.--until 2015.

That was the year that the stunning, heavily restyled XC90 crossover arrived, followed this year by the mid-size XC60, which rides on the same basic platform and resembles the 90.

I still marvel at the tony transformation.

Ever since Geely Holding Group of China bought Volvo Cars in 2010 – a move I thought would shove Volvo closer to the brink – the company has blossomed.

Infused with money from Geely, struggling Volvo was able to redesign all of its sedans and wagons, displaying a deft – and unexpected -- touch for style and performance.

It shows in the distinctive XC60.

Looking as contemporary as a Hollywood hipster, the 60 wore a long sculpted hood that complemented its smooth, slightly muscular sides and good proportions.

Though only 10 inches shorter than the XC90, the mid-size 60 looks more athletic and crouched, riding on meaty 255/40 profile tires wrapped around 20-inch alloy wheels.

Just to remind you that this was still very much a Volvo, the XC60 flashed signature vertical tail lamps that ran the entire length of the tailgate window.

Nestled beneath the hood of my loaded Inscription model was a 2-liter, turbocharged and supercharged four-cylinder squeezing out 316-horsepower and 295 lb.-ft. of torque.

It worked pretty darn well most of the time, with the supercharger giving the engine an initial dose of boost supplemented in the mid and upper ranges by the turbo.

The double-huffed engine felt smooth and muscular right off idle, seeming especially street-meaty between 1,500 and 3,500 rpm – right where most of us generally drive.

Stay on the throttle hard and the XC60 will hit 60-mph in a swift 5.7 seconds, according to Car and Driver, returning 21-miles per gallon in the city and 27 on the highway in more subdued circumstances.

Occasionally, if I stabbed the throttle from a standstill – strictly for testing purposes, officer – I could catch the engine in a tiny lag before it charged away.

Overall, mighty mouse shoved the 4,500-pound Volvo around with impressive authority, feeling bigger than 2 liters with help from its sophisticated, quick-shifting transmission.

Although I don’t recommend tossing two-ton crossovers into medium-fast curves, the XC60 acquitted itself nicely, turning into corners with minimal lean and good all-wheel-drive grip.

The steering, though, seemed less developed, feeling light and quick, but like most new cars, pretty numb.

If you drive in “dynamic” mode – as I did – the ride can get a tad fidgety on rough city streets. You can either curse the City Council for its poor job on infrastructure or switch to “comfort.”

Either way, the Volvo stretches out at speed and seems fully capable of tackling a 1,000-mile drive.

With a window-sticker of $63,000, the near-luxury XC60 must compete with heavyweights like the Lexus RX350, BMW X5 and Mercedes-Benz GLC – but can mostly match them stitch for stitch inside.

A flat, nicely styled black dashboard in refined looking plastic, for example, dropped squarely onto a mid-dash dominated by 12.3-inch vertical display screen that struck me (as a non-techie) as way over the top.

Virtually every major interior function – climate control, stereo tuning, fan speed – had to be accessed through the big screen.  I learned to deal with it before I started driving so I could savor the oyster-colored mid-dash and fine Nappa leather seats with perforated centers.

Likewise, an oyster-colored headliner and door panels completed the 60’s classy interior, which offered good leg- and headroom in back.

Of course, as a Volvo, the XC60’s safety features included active cruise control with some highway autonomy; lane-departure warning; and oncoming traffic mitigation.

In addition, the main options on my XC60 were the Inscription package of trim and interior upgrades ($3,800); the Convenience package that included heated windshield wipers and power folding rear seats ($2,000); air suspension ($1,800); and the luxury seat package ($3,000).

Volvo doesn’t intend to rest on its successes with the XC60 and XC90. Beginning next year, the company has said, all new models will either be electrics or hybrids.

It’s all quite impressive, but I already kind of miss simple and sturdy. 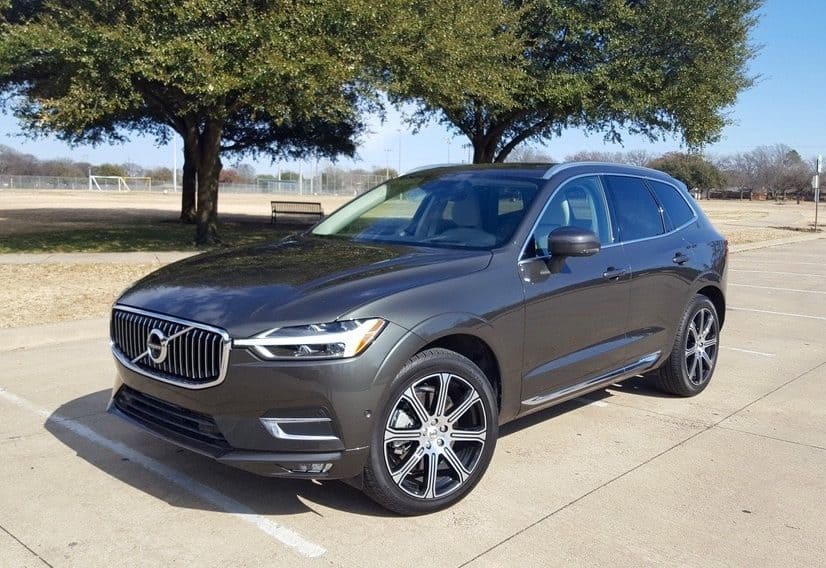 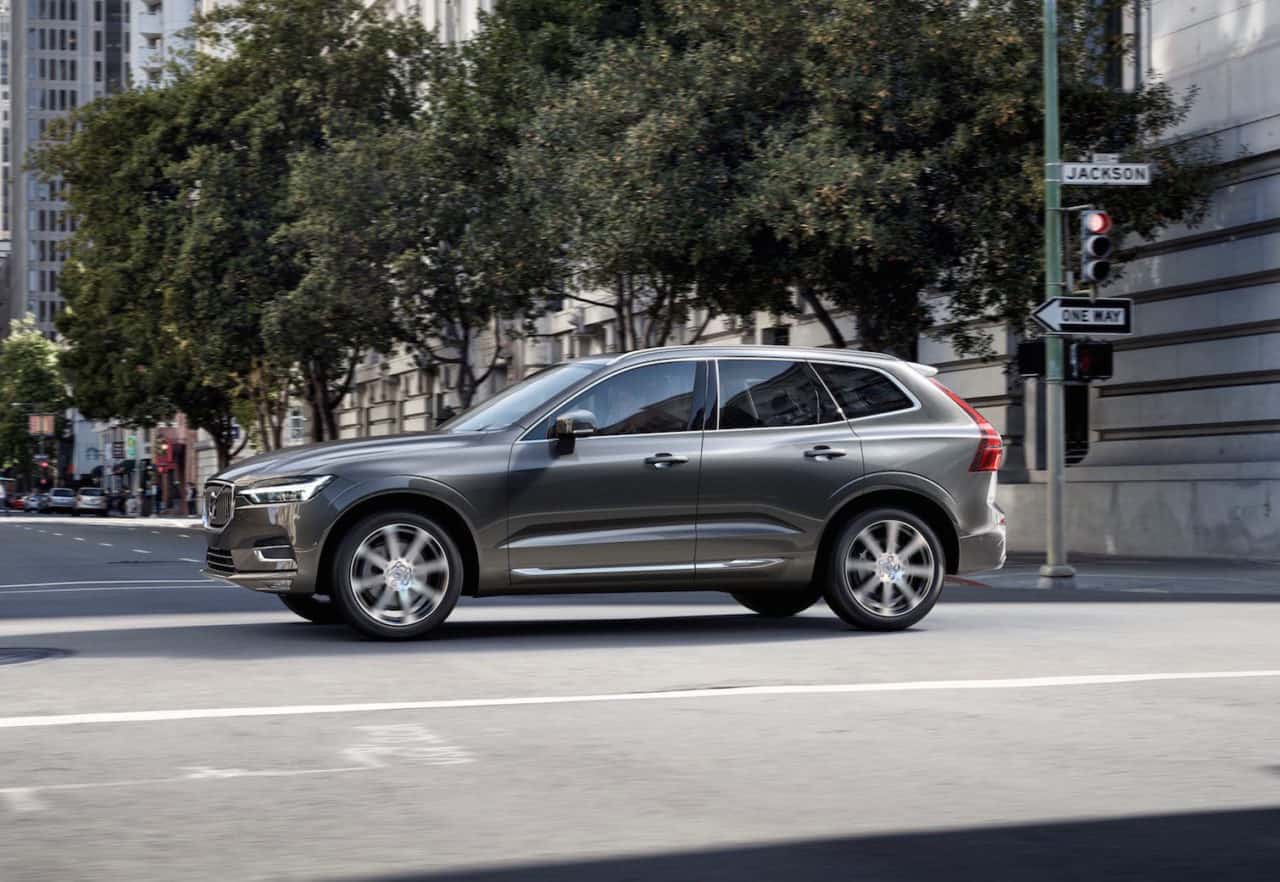 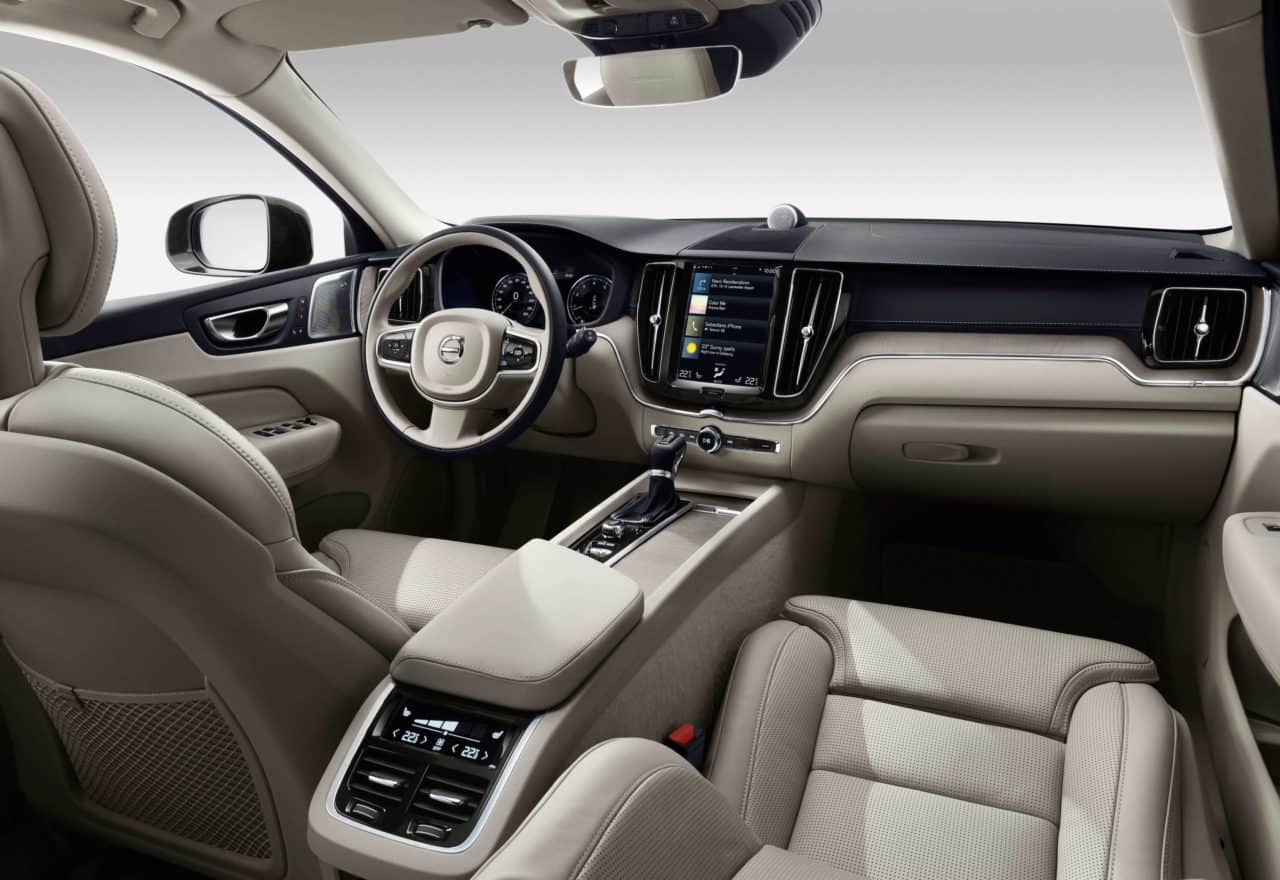 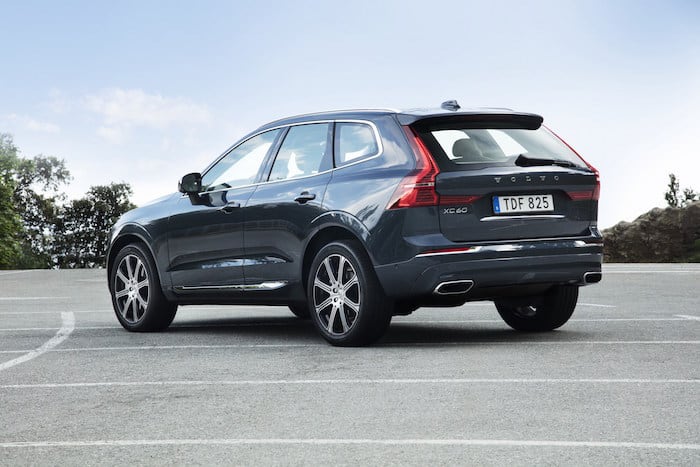 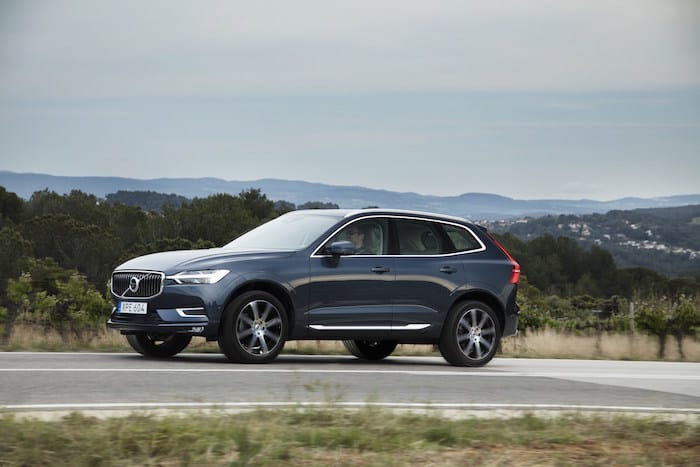 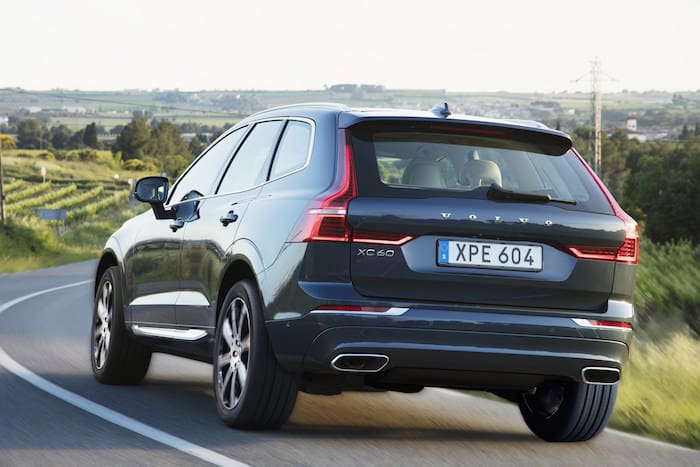 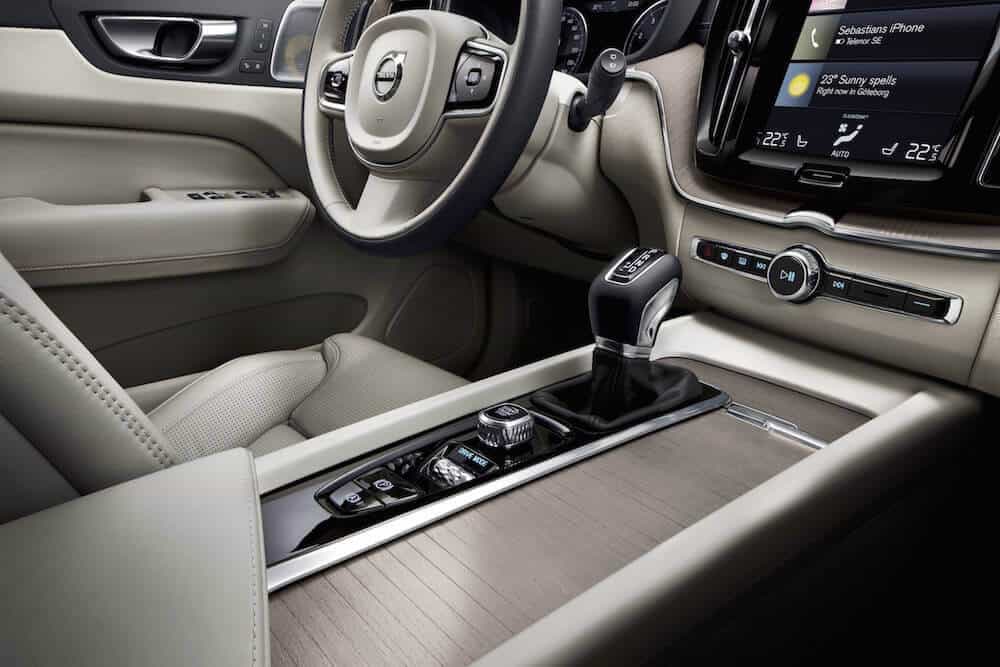 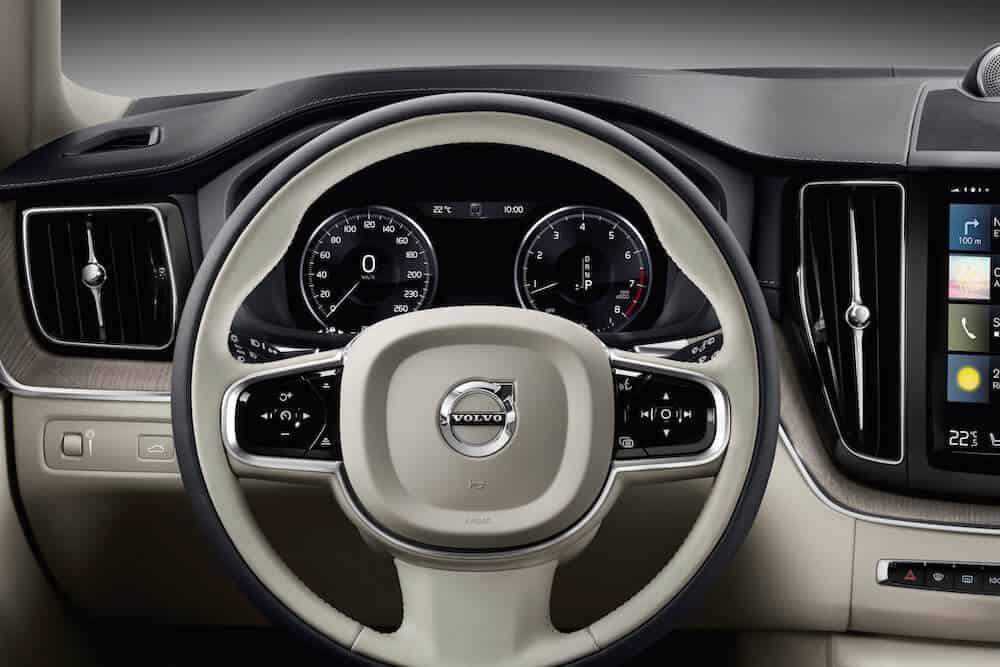 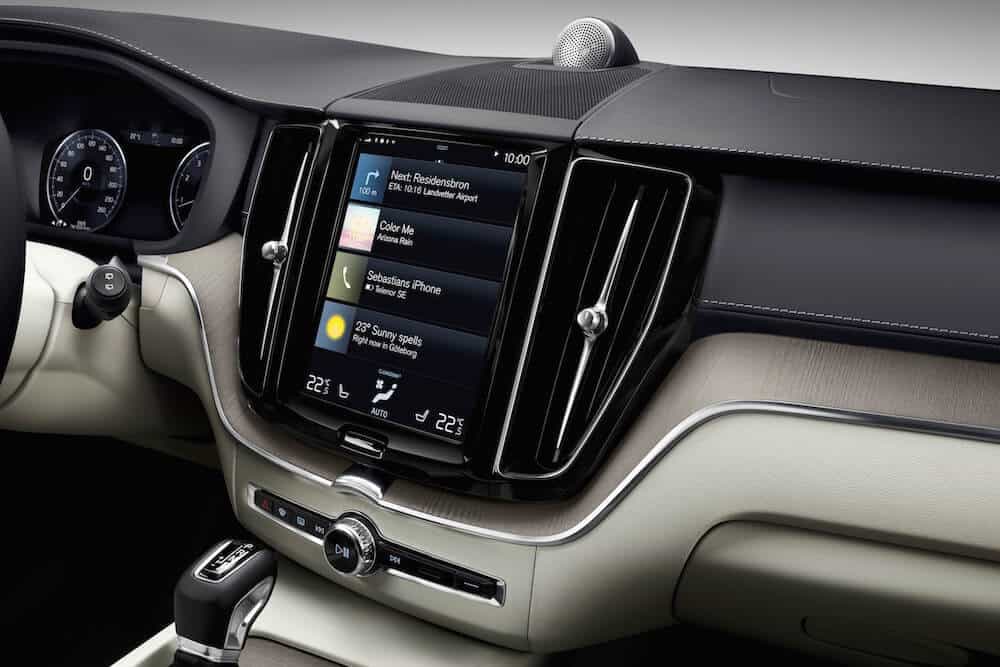 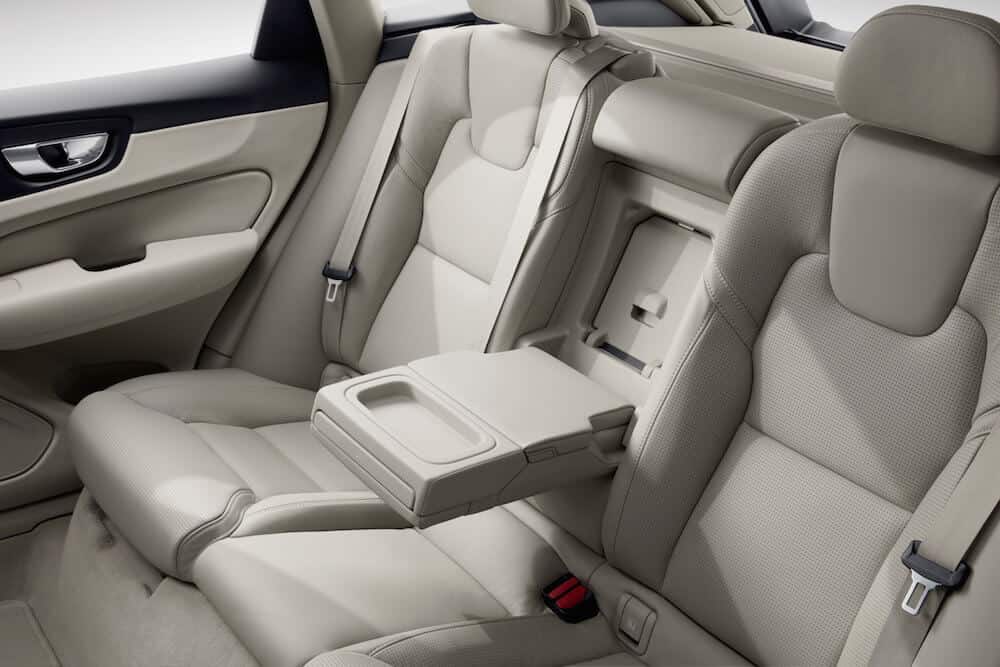 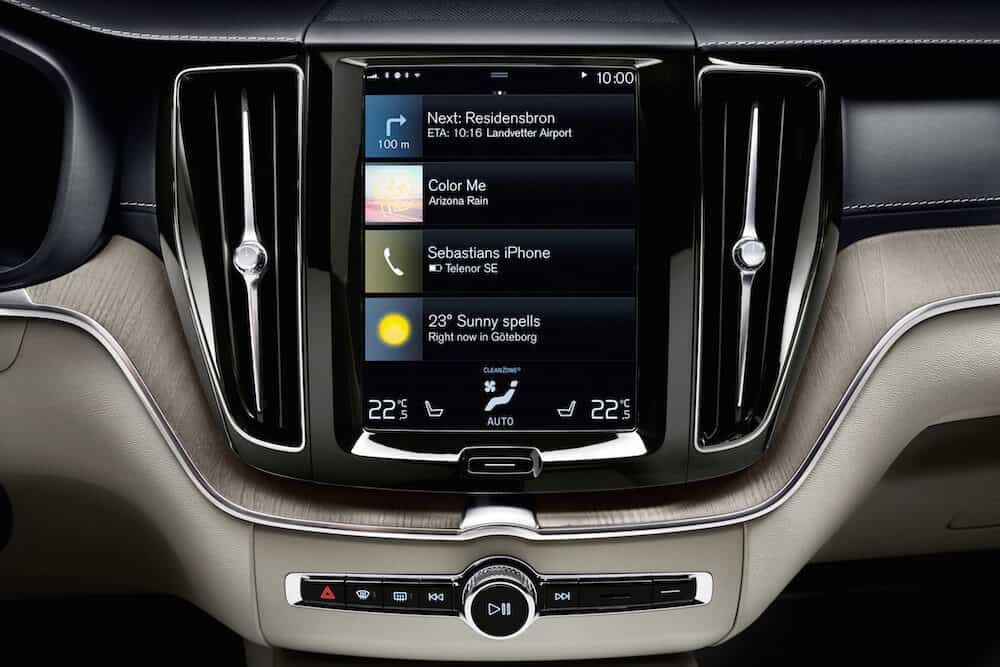