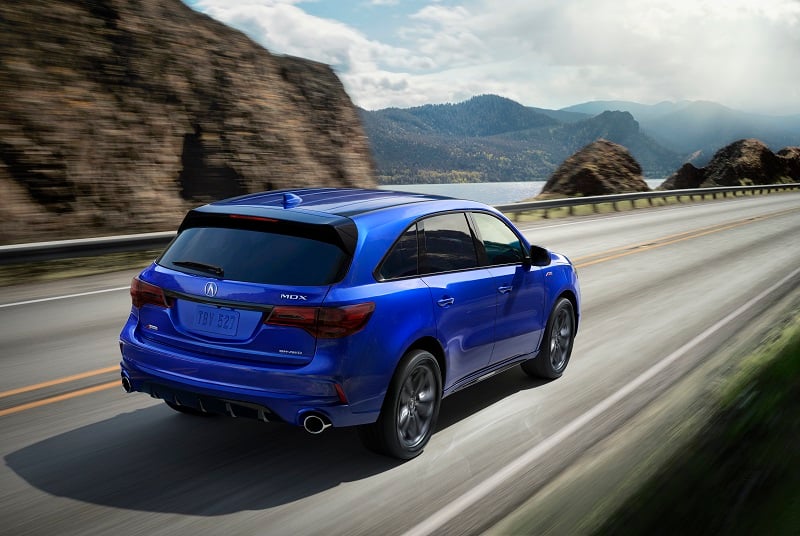 Back when cars still mattered, the salty, sassy, Acura MDX reigned as the industry’s most conflicted crossover.

Despite its bulk and SUV-like body, the spirited MDX wanted to run with smaller sedans and coupes, refusing to wallow or stumble even in sharp curves.

Heck, it even wore some car parts and occasionally made car-like noises.

Maybe someone should have summoned Dr. Phil or Dr. Ruth or at least circus-tent provocateur Jerry Springer.

Now, of course, a dozen or more high-end sort-of SUVs strive to include some sizzle and spark in their utilitarian boxes – think BMW X5 with the M performance package.

All of which leaves the MDX kind of fighting to preserve its once-special identity.

While it leads the so-called three-row “premium-crossover” segment in sales, it lost its top Acura sales-post last year to the slightly smaller, four-cylinder RDX crossover.

The four-cylinder RDX? I began to wonder if the old Road Warrior still rolled with a full tank of fuel.

The teenager-blue 2019 MDX I had recently – a well-contented SH-AWD A-Spec model – certainly didn’t look any slower.

A big blacked-out grille and spooky-looking five-bulb headlamps glowered from its blunt front, topped by a broad sculpted hood.

Crisp character lines sliced through the mid-size MDX’s basically flat sides -- one up high over the door-handles and a second one low near the rocker panels.

Some of the trim on the lower body and in back was blacked out, too, as part of the A-Spec appearance package.

Moreover, meaty 265/45 tires were wrapped around dark-gray 20-inch multi-spoke wheels, giving the MDX a lot of strut for a three-row crossover.

With its handling-oriented all-wheel-drive system – that’s what the “SH-AWD” gibberish stands for – the MDX can still enter corners fast, rotate through them and bolt away with grace.

Although its body leans some, the MDX keeps its composure, feeling surprisingly nimble for a two-ton, all-wheel-drive crossover.

As you might expect in a sporty crossover, though, it rode firmly and would clomp and jump stiffly over some bad pavement, but the MDX mostly felt confident, despite its somewhat slow steering.

In fact, most of the major car magazines – which have ready access to tracks and often focus on high-speed handling–consistently, praise its finesse. However, I didn’t find much joy in the MDX’s 290-horsepower 3.5-liter V-6 – the same basic engine, incidentally, that powers the Honda Odyssey minivan.

Not that there is anything wrong with the engine.

Granted, it required a solid boot to prod it into action, but would accelerate with a smooth surge of power to 60-mph in a completely credible 6.3 seconds, according to Motor Trend.

As you know, that’s more than adequate for merging with the looney-tunes traffic around here. The MDX does reasonably well with fuel economy, rated at 19 miles per gallon in the city.

A $56,000 performance-oriented crossover ought to feel special and the MDX can’t even match the muscle in the Ford Edge ST – decidedly not a near-luxury vehicle.

In short, the MDX’s engine gets eclipsed by its suspension and platform.

To be honest, I also expected a little more pop and polish in the MDX’s black interior, which felt more mainstream to me than quasi-high end.

The dashboard, for example, appeared to be molded in average plastic, offering busy-looking square hoods over both the instrument panel and large display screen.

A sculpted mid-dash, meanwhile, provided buttons for the climate and audio controls, while the MDX’s hard-plastic door panels got some relief from suede centers and padded armrests.

Fortunately, the black leather seats featured suede centers and white stitching, with the sort of support and comfort you expect in an over-$50,000 vehicle.

In addition, leg- and headroom in the back seat were good, while the third row should be reserved strictly for kids – like most of them in mid-sized crossovers.

Best of all for those monthly payments, my well-equipped MDX had no options.

Look, kids, none of the flaws in the MDX is major, and many people might not even notice them, but the crossover has long been a star at Acura, the near-luxury division at Honda that struggles to make its vehicles seem a step up from some of Honda’s best cars. 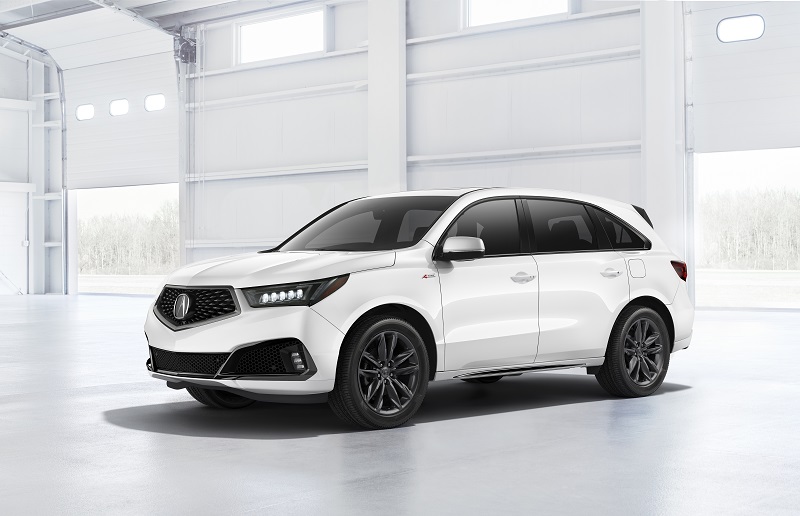 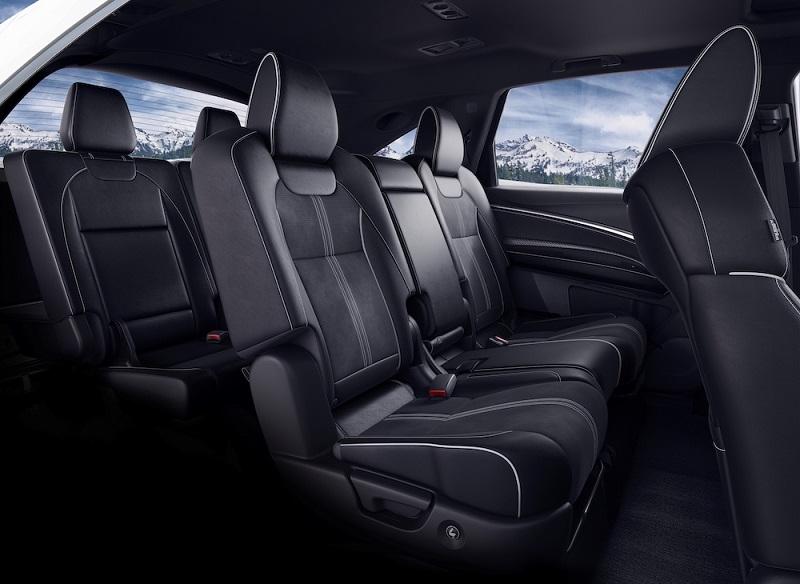 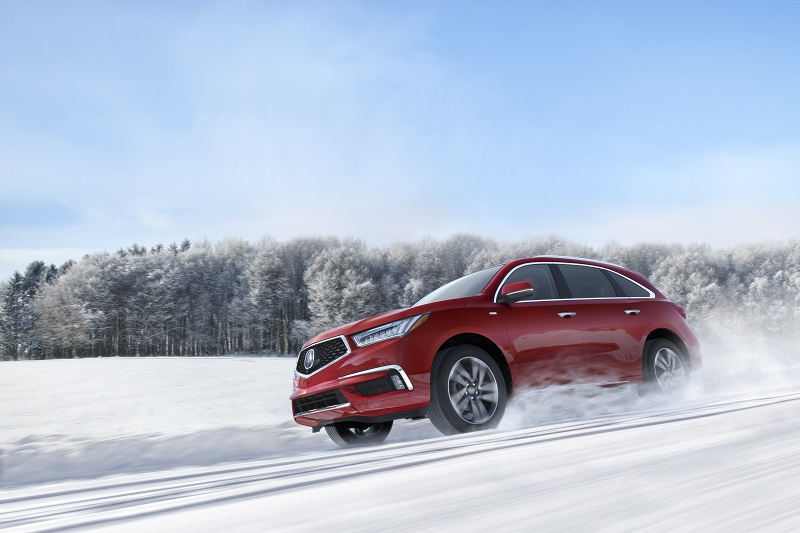 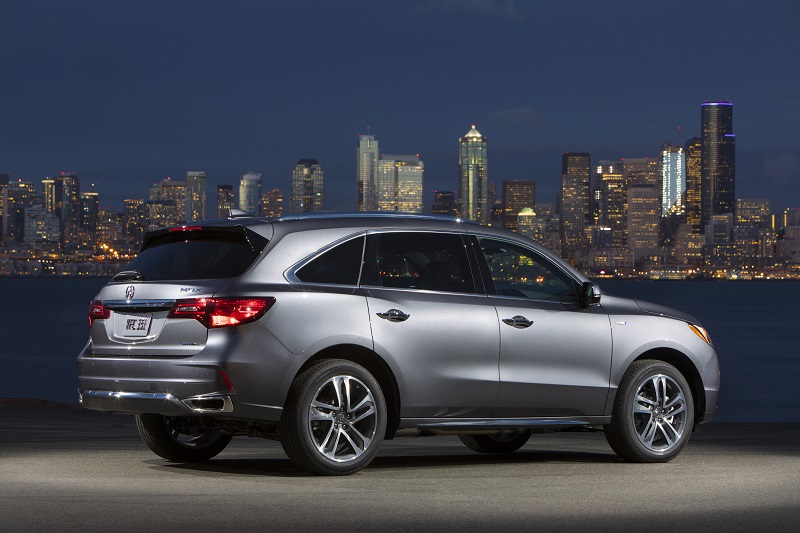 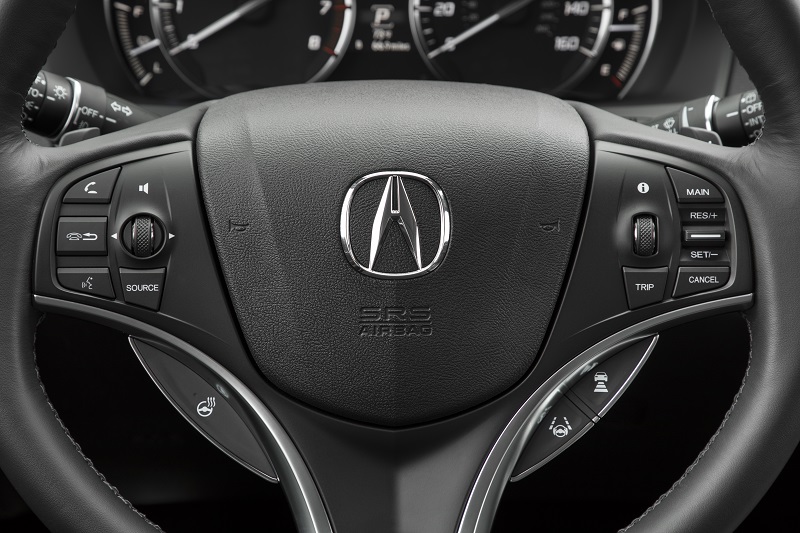