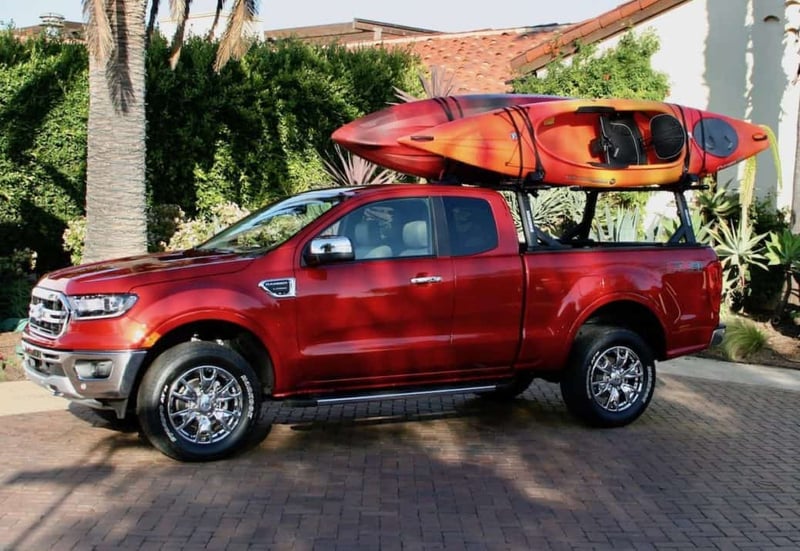 It’s a great time to be a mid-sized truck buyer in America.  Case in point — the all-new 2019 Ford Ranger. Back after an 8 year hiatus, make no mistake, this is not the same Ranger that left the U.S. market in 2011 .  This one is less a workhorse  — and more an adventure-ready pickup aimed at drivers looking for a daily driver also suited for the wild blue yonder.

The new Ford Ranger rolls out in early 2019. Ford Ranger Marketing Manager Chad Callander, who started working on the top secret Ranger before he could tell anyone about it, says a big reason Ford brought it back is due to customer demand. It’s no surprise really, when you consider all the older model Rangers you see every day on the road. It’s clear that this baby brother of the F-150 has been sorely missed in America since Ford stopped selling it here in 2011 when the smaller pickup segment dried up (though a version of it has been on sale in other parts of the world.)  Now that the segment is expanding, nearly doubling in the past four years according to Callander, the U.S. version of the Ranger is poised for its comeback. In short,  Callander says Ford knew that now was the right time.

When I called it less of a workhorse earlier, I didn’t mean that it can’t be one, just that the body-on-frame Ranger is focused on being much more. Out of the three trims, the entry level XL fits the workhorse bill and starts from $25,395. The XLT is next from $29,035 and the top of the line Lariat starts from $33,305. There are two cab styles, a SuperCab with a 6′ Box and a SuperCrew with a 5′ Box.  Two available drivetrains as well, a 4X2 and a 44. There are also a slew of packages including including the STX Appearance Package for the XL, the Sport Appearance Package for the the XLT and Lariat, and the FX4 Off-Road Package for 4X4 models.

The big thing you need to know about the Ranger is all trims share the same powertrain: a 2.3-liter 4-cylinder EcoBoost mated to an excellent, smooth-shifting 10-speed transmission.  The EcoBoost provides a healthy and peppy 270-horsepower and 310-lb. ft of torque. Now, for those of you lamenting the one powertrain option, as surely some of you are, there’s no need to do so. I can tell you from after hitting the road in a recent media drive in the Ranger 4X2 CrewCab Lariat Sport (MSRP as equipped: $40,380), this turbocharged EcoBoost is terrific. Car Pro Show host Jerry Reynolds has long been a fan of Ford’s EcoBoost engines as well.

The Ranger is a mid-sized pickup that in short, rides and drives great. What surprised me most was the handling.  The Ranger is a blast to drive in Sport mode, especially using the manual shifters. It really changes the driving dynamics of the truck. The Ranger easily maneuvered the windy roads outside San Diego with a frankly, I can’t believe I’m saying this, almost sports car-like ease. The driving was confident and the power and quick acceleration felt great. I didn’t even notice any turbo lag. In town or on regular, normal, highway driving offered a smooth ride that didn’t feel as truck-like as say the larger F-150, due to its size. The rear-suspension felt great and it was a comfortable ride both as a front- and back-seat passenger.  My Lariat’s leather-trimmed bucket and bolstered seats in the front were quite comfortable.  The XL is equipped with cloth or vinyl seats while the XLT can be had with premium cloth.

Now, I’ll answer the question I know you’re asking about:  Yes, the Ranger has stop/start technology but don’t let that put you off. It is seamless. As in I felt it one time initially, while a back seat passenger, and never felt it again. But if it’s something that’s on your deal breaker list, you can deactivate it if you wish, every time you get into the car, although Ford does not recommend it. Stop/start is designed to make the engine more fuel efficient.

The Ranger didn’t just come to stick to city roads. It came to play. In keeping with Ford’s adventure theme, the journalists on our media drive, including yours truly, had the chance to take a Ranger FX4 on a specially designed off-road course.  Along with some appearance upgrades, the FX4 gives you two important systems:  Ford’s Terrain Management System and Trail Control. Both helped the Ranger tackle the course with ease. Trail Control works like cruise control. It’s so simple to use. You set the speed then just steer and the system accelerates and brakes for you. It’s great for someone less experienced off-roading. The Terrain Management system is designed for different driving conditions with settings for Snow, Mud/Ruts, Sand and Normal Driving

The new 2019 Ranger did not disappoint in terms of its powertrain and ride and drive. I don’t think there can be any doubt that it will be a hit for Ford and that we’ll be seeing a lot of them on the road in the months to come. 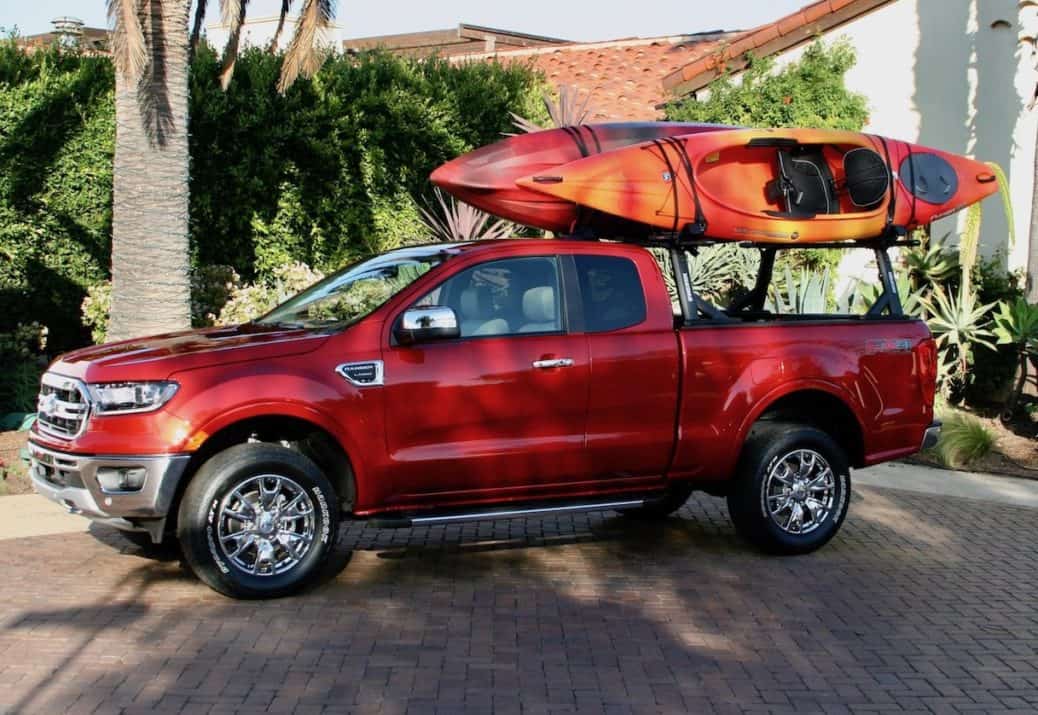 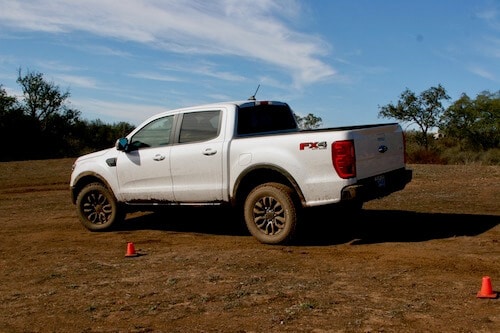 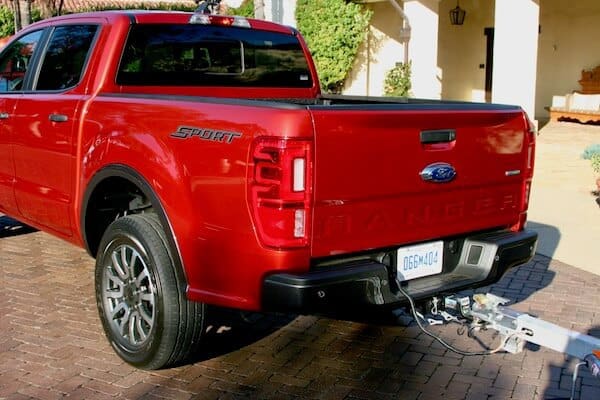 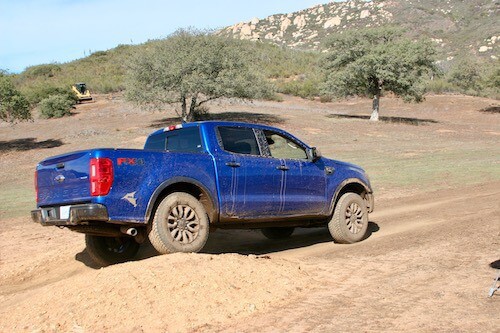