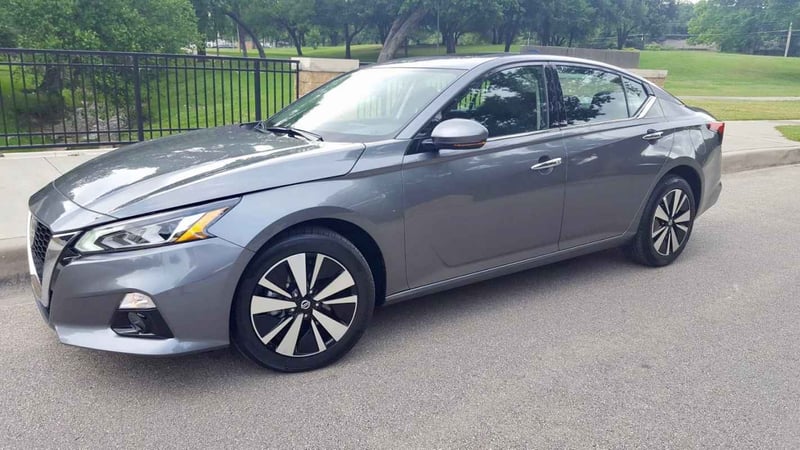 Sleepy Nissan Altimas excel at hauling kids and cabbage – erstwhile suburban grocery-getters. Ho-hum. If you want spicy, you throw in a can of jalapenos with the groceries and hope they leak all over the car.

So, what about that recent headline in vaunted Car and Driver proclaiming that the all-new 2019 Altima can out-corner the BMW 330? Say what?

Or how about this: The new Altima shockingly gets named to Automobile magazine’s 2019 “All Stars” list, joining the BMW M2 Competition, the Ferrari 812 Superfast and McLaren 600LT. Seriously – and I don’t think mushrooms were involved in any of this.

Holy Motor Oil. That climate-change stuff must be wreaking havoc on everything.

Actually, Nissan uncharacteristically put a lot of effort into redesigning the 2019 Altima, particularly the top-of-the-line model with its new turbocharged 2-liter engine.

As a result, Honda, Toyota and now Nissan all offer reasonably priced mid-size sedans with the sort of performance that can make near-luxury sedans nervous.

Even more baffling is the Japanese 3 investment in the mid-sized segment at a time when car sales continue to crumble and fade.

Unfortunately, the metallic gray Altima I had recently was a mid-level SV sedan with the less-powerful, more workman-like 2.5-liter four-cylinder engine.

Maybe it was something I said or did at one of those Nissan press-parties – possibly the tie-dyed orange tank top.

Still, my $31,000 Altima flashed plenty of improvements, including a stiffer platform, better suspension and rare-for-the-segment all-wheel-drive.

Moreover, most of the exaggerated, eye-scorching styling of the recent past has been mercifully smoothed over for 2019.

As always, the front of my Altima was about as subtle as a four-alarm fire with a giant black grille that stretched from the hood to the street, bordered by slender, glaring headlamps, but it flowed better, supporting a long, slightly raised hood with crisp lines on its outer edges.

Likewise, a subtle character line through the door-handles and a sleek little shoulder on the door-tops contributed to the sedan’s newly clean look.

Though I would have preferred the larger optional tires and wheels available on the turbo Altima, at least the multi-spoke 17-inch wheels and 215/55 tires didn’t detract from my car.

About the only clumsy style move I could find was with the Altima’s curved top, which sported a black band on the lower portion of the rear roof pillar.

What is that, Nissan, the remnants of an old-school black-vinyl top that got hastily peeled off or a really bad paint job? Beats me.

With only 182-horsepower to get 3,500 pounds moving, the 2.5-liter four in my Altima went about its job with smooth but leisurely resolve.

Though the engine cranked out good low-end torque for spirited departures, it struggled some at speed, managing a very average 7.7-second run to 60 mph, according to Car and Driver. The turbo Altima is supposedly two seconds faster.

Also, cost-conscious Nissan relies heavily on irritating continuously variable transmissions (CVTs) in its vehicles and the one in my Altima tended to drone under heavy acceleration, but it was slightly improved overall and did help the four-banger generate very decent 30-mpg overall fuel-economy.

Far more interesting to me, though, was the confident way in which the all-wheel-drive Altima attacked moderate-speed corners, leaning a little but handling most with grace and grip.

The Altima, incidentally, is only the second car in the mid-size segment with all-wheel drive, behind the Subaru Impreza.

More surprises await you inside.

Although the black cloth interior in my Altima included just one option -- $300 for floor mats and a trunk mat – it looked well-executed and suited my needs.

A swoopy dashboard in hard black plastic, for example, offered a line of white “stitching” on its edge as it dropped into the mid-dash.

An iPad-size 8-inch display screen there provided knobs for volume and tuning, as well as Apple CarPlay and Android Auto capability.

Beneath it, a slender panel for the climate system came equipped with knobs and tabs for control, while plastic door-panels showed off stylized tops and padded centers.

Leg- and headroom in the back of the Altima was so vast you could consider weekend Uber jobs.

For most of the last decade, Nissan has been content to largely build overly styled commodity vehicles that mask dull mechanical pieces and content.

The well-sorted new Altima suggests that maybe – just maybe – Nissan is finally starting to climb out of that lackluster niche.

Now, how about fixing the Z-car? 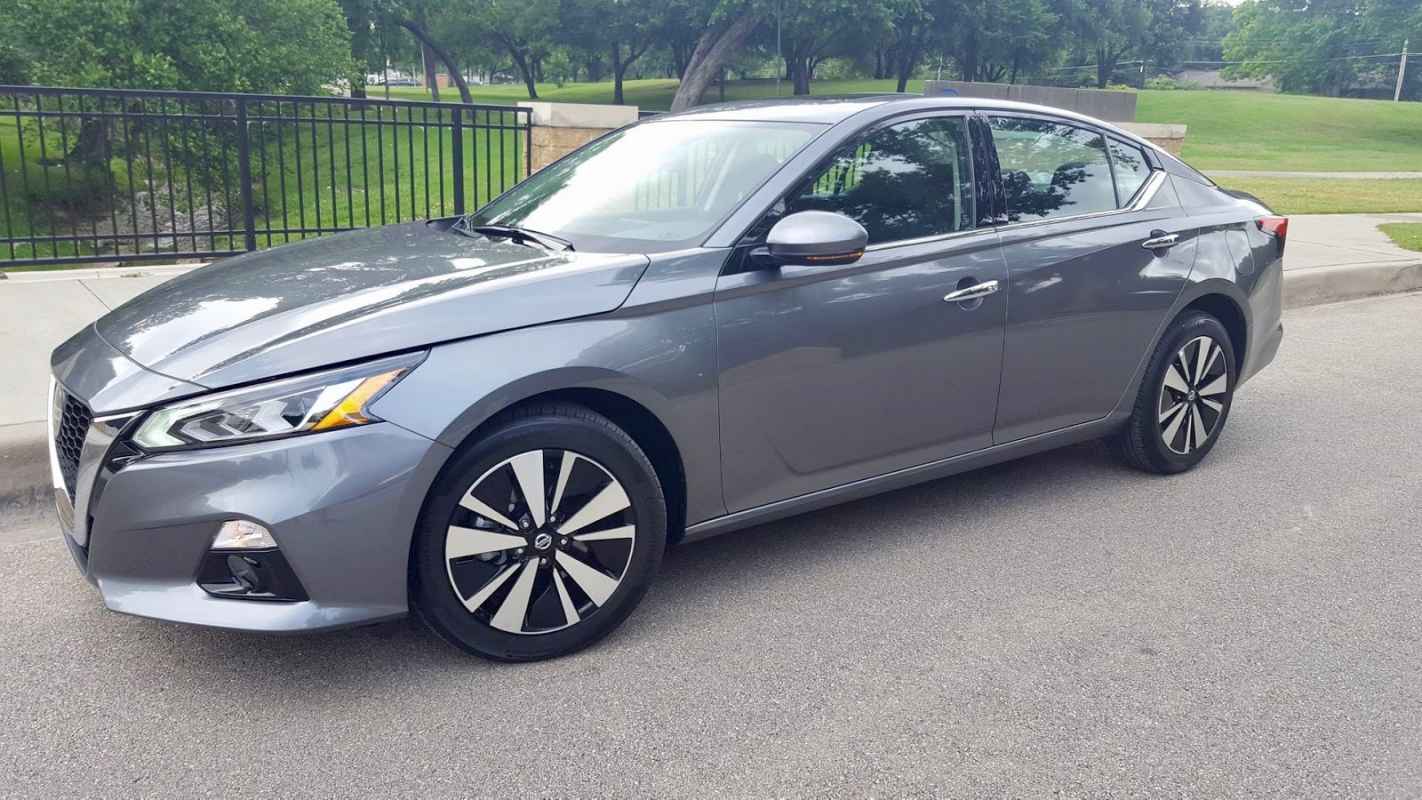 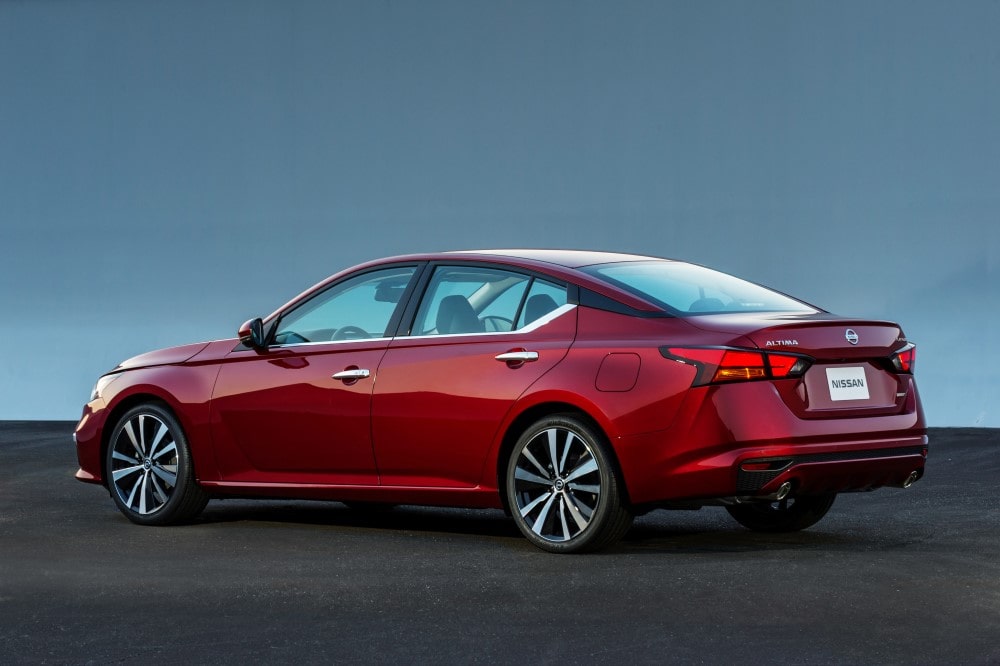 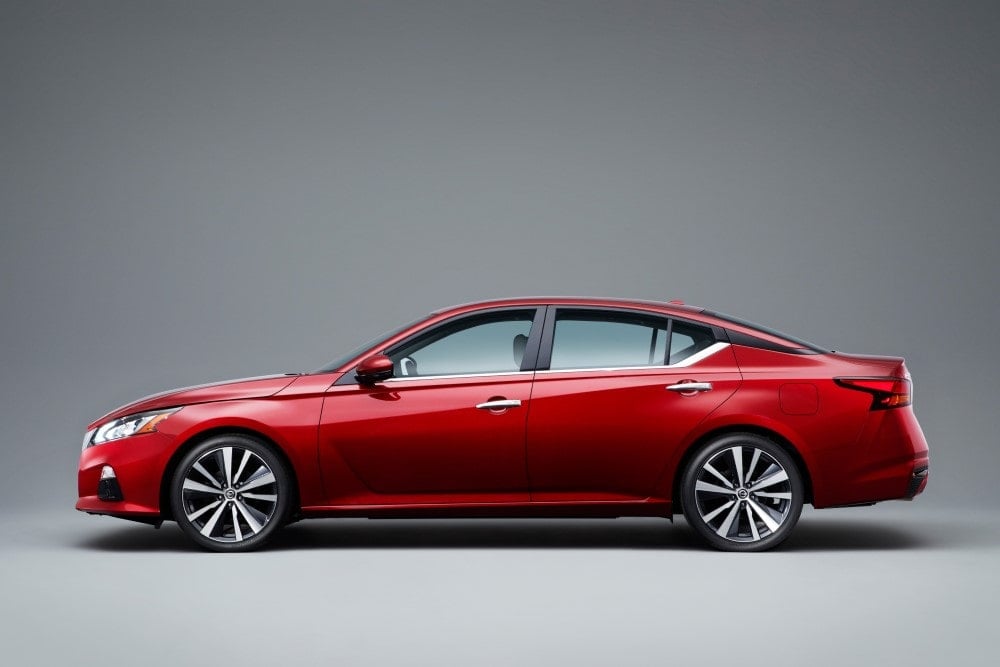 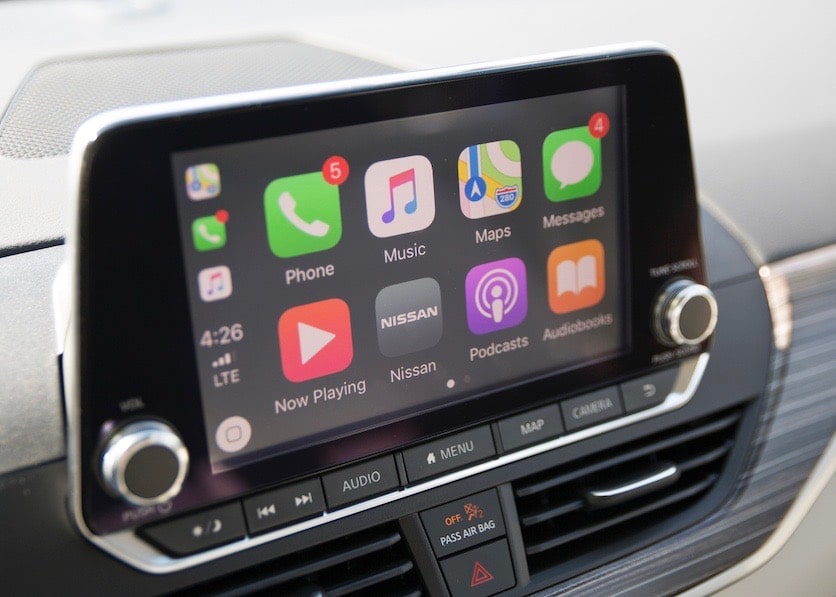 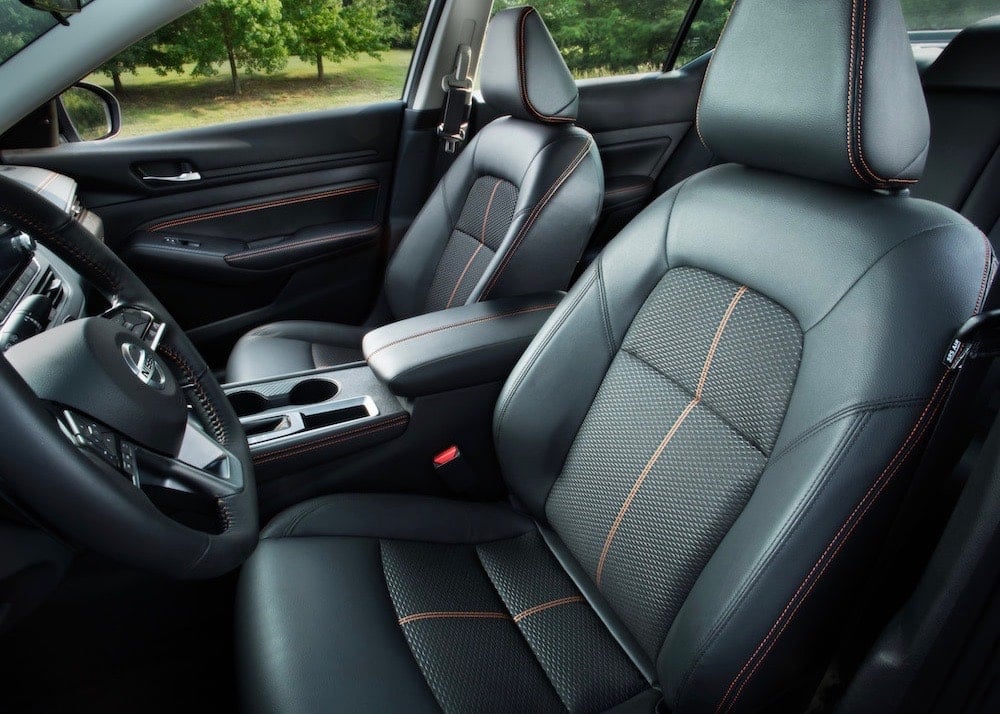 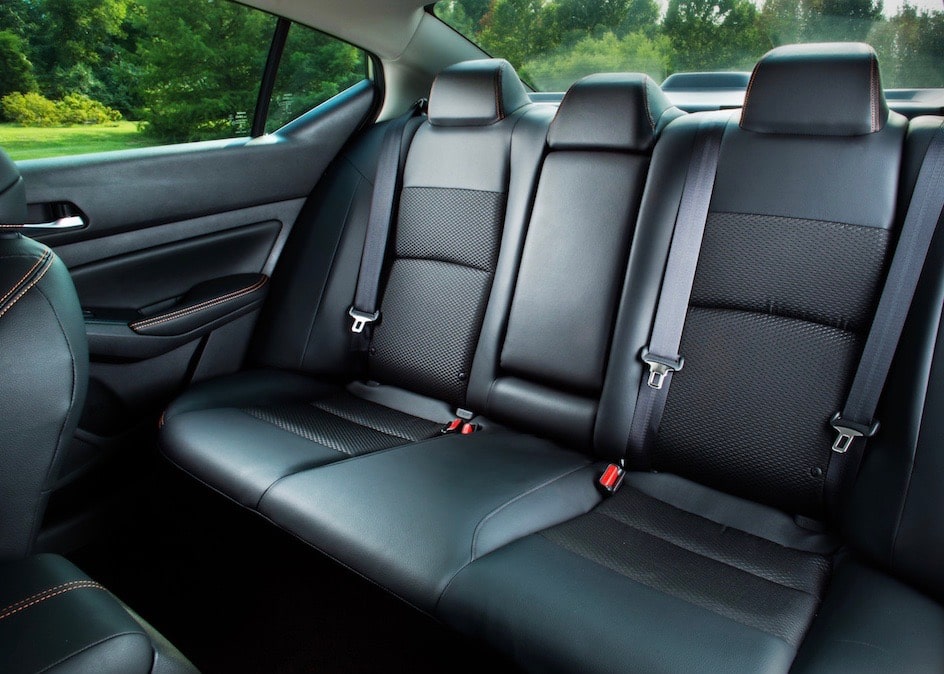