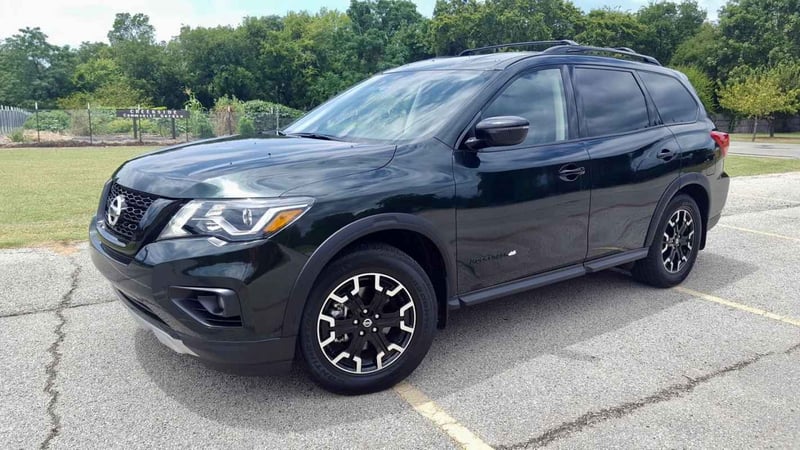 Who can blame them?

Those fantasies, though, might be the best explanation for the 2019 Nissan Pathfinder SV Rock Creek Edition, a new soft-road package for the big kid-friendly crossover.

Bet your lucky lottery ticket on this: No one in a Rock Creek will likely ever struggle up scrabbly mountain-sides in Colorado or bound over boulders at Moab.

But, then, none of that matters.

Like the new Honda Passport, the slightly aging all-wheel-drive Pathfinder looks a bit rougher in Rock Creek trim – and more aggressive garb might be all it needs.

Think of the Rock Creek as an accountant with a North Face flannel shirt and a dusky two-day beard.

Moreover, the dark-green model I had recently offered good value, with some unique Rock-Creek content and badging, the aforementioned all-wheel drive, V-6 power and three rows of seating for less than $40,000.

Your first clue about the 7-passenger Rock Creek’s off-road intentions can be found up front, where a silver plastic “skid plate” beneath the bumper appears ready to plow through empty plastic bags and Styrofoam cups.

The mid-sized, car-based Rock Creek also featured one of Nissan’s conventional large blacked-out grilles surrounded by thick trim in dark green rather than the usual chrome.

Remember: As we say in Dallas and L.A., it’s not who you are that matters, it’s who you look like. Just tell your friends it’s a Jeep.

Actually, the 4,400-pound Rock Creek gets enough low-end grunt and overall power from its 284-horsepower V-6 to climb some inclines, even offering a mode for locking the differentials.

Despite its rather advanced age, the venerable 3.5-liter engine remains pretty lively and does a reasonably good job of launching the bulky Pathfinder, pushing it to 60 mph in an adequate 7.7 seconds, according to automobile-catalog.com.

The spirited engine sounded a bit coarse above 5,000 rpm and seemed to work pretty hard, averaging just 22 miles per gallon.

It also tended to stumble momentarily if floored, but gained rpm rapidly after the soft start.

However, the biggest surprise for me was the relative sophistication of the Rock Creek’s continuously variable transmission.

As you probably know, Nissan insists on using the cursed, droning, belt-and-pulley CVTs in just about all of its vehicles.

Over the years, though, the Japanese automaker has clearly learned to tame some of the CVTs’ demons, dialing in some smooth and natural.

Step hard on the accelerator and the CVT in my Rock Creek “downshifted” once with a slight surge, embellishing the feel of acceleration.

As you might expect, the Rock Creek’s backwoods ambitions dictated stiffer springs with a resulting firm ride that could get fidgety over some surfaces.

It wasn’t bad, but the Pathfinder generally felt heavy even with its fairly quick, well-weighted steering system.

Likewise, the black interior in the Rock Creek was more acceptable than outstanding.

A deep black-plastic dashboard provided small hoods over the instrument panel and dated-looking center-stack, dominated by an 8-inch display screen.

Though the center-stack seemed pretty modest, it was part of a suite of decent technology that included automatic emergency braking; blind-spot warning; and rear cross-traffic alert.

In addition – and hooray for Nissan – the stack’s controls were logical and easy to use with knobs for the stereo and climate control systems.

They were even embossed with “Rock Creek” in orange just in case you momentarily forget what you’re driving. (It happens to me on Mondays sometimes.)

Leg- and head-room in the second-row back-seat was good, while space was more limited in the kid-sized third row.

Opting for the Rock Creek package will cost you $995 and bring you the black molding around the wheel-wells; a black grille and roof-rails; black door-handles and badging; and the Rock Creek’s distinctive 18-inch dark wheels.

Granted, the Rock Creek will never be mistaken for a Jeep even if you repeatedly insist to your friends that it is.

If your off-road needs are mostly limited to picnics, a few camping trips and the occasional dirt road, the Rock Creek is probably a better alternative – and still butch enough to fuel your Baja fantasies. 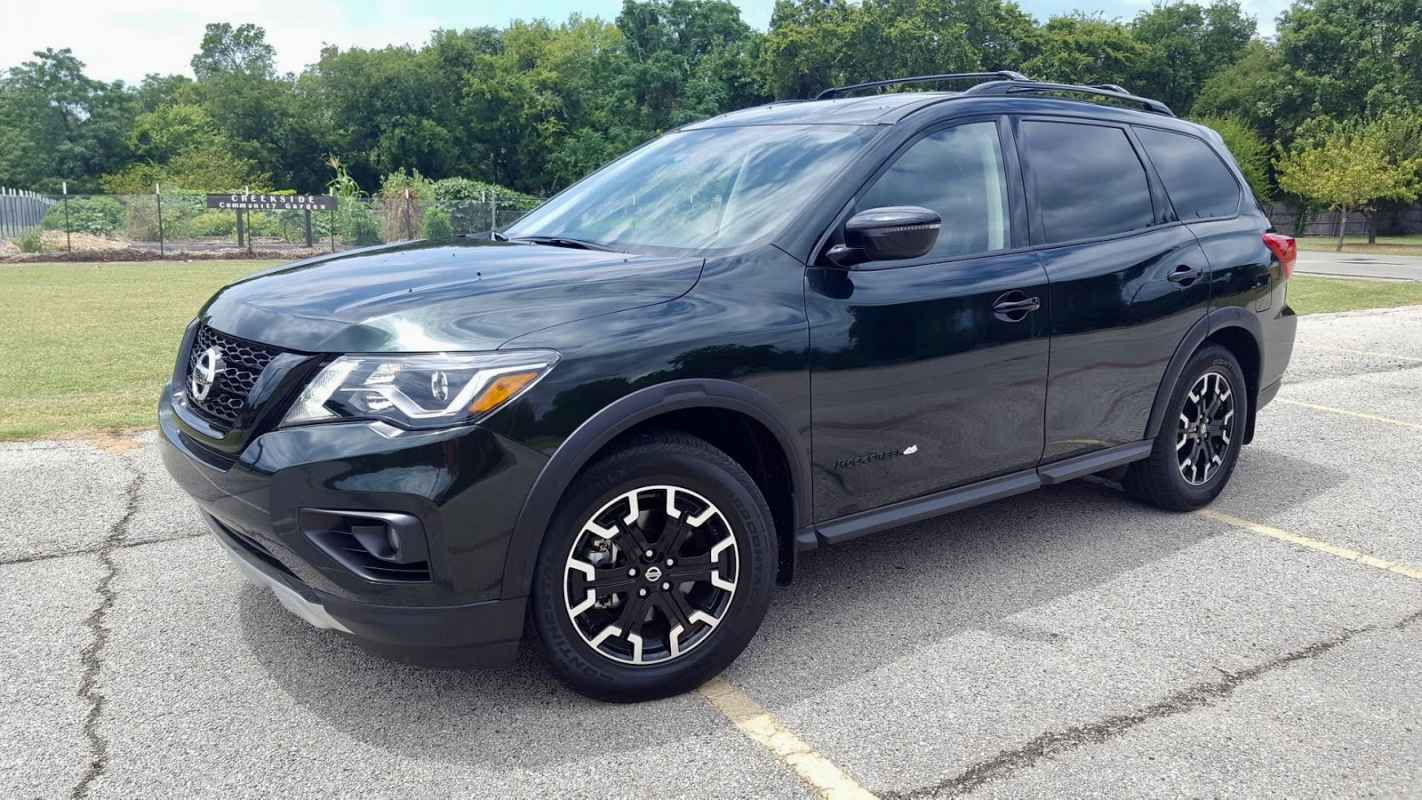 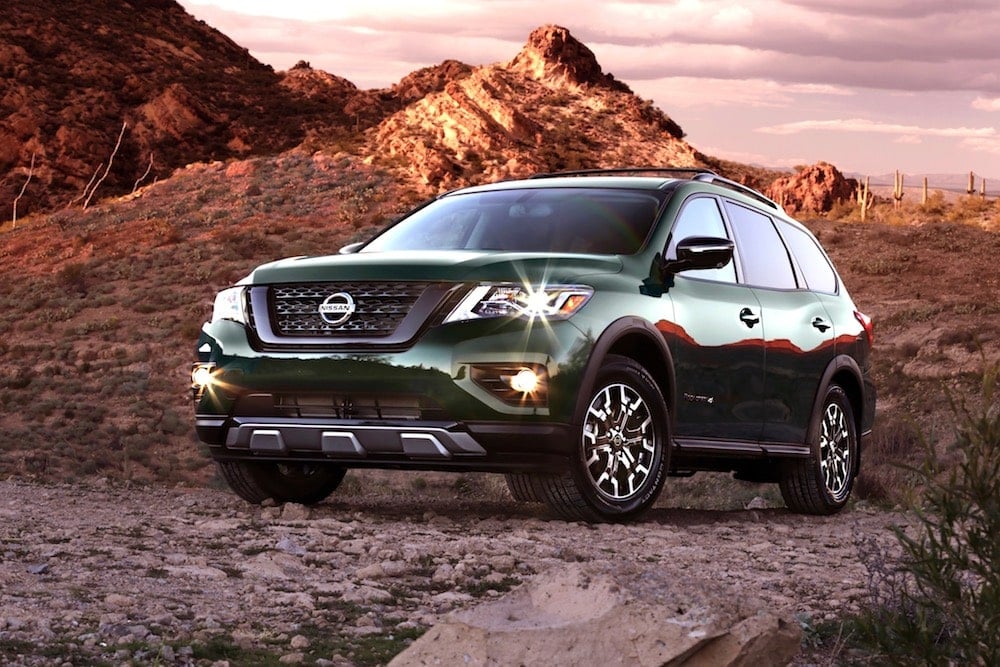 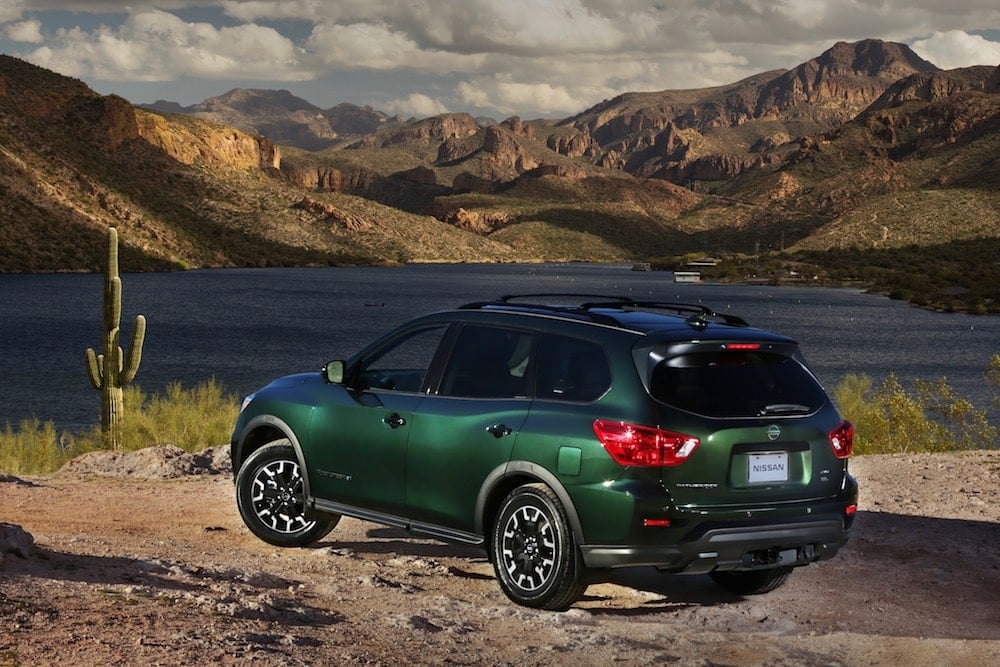 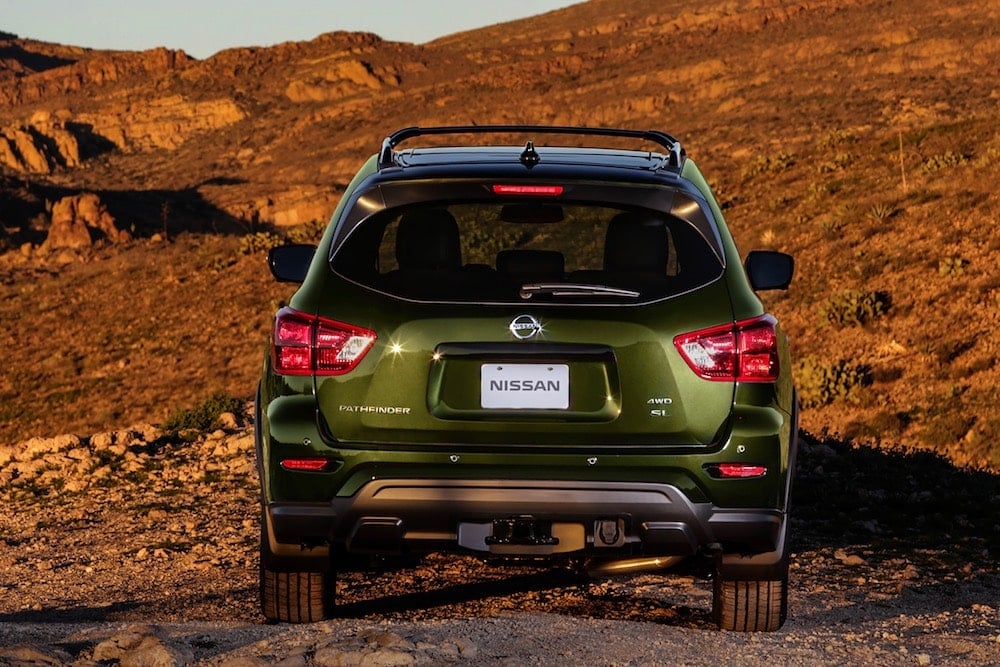 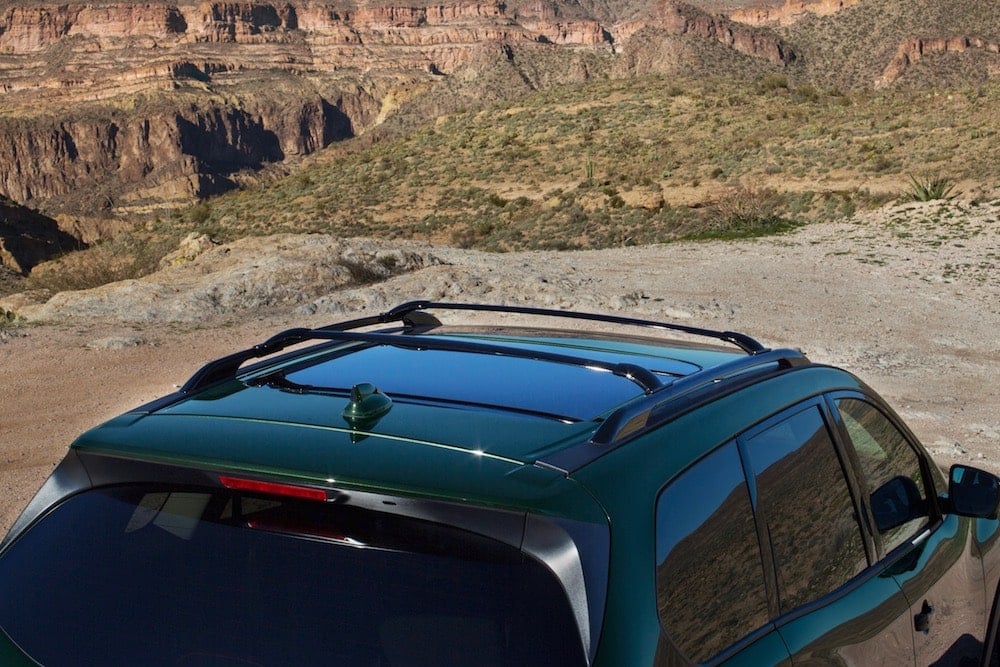 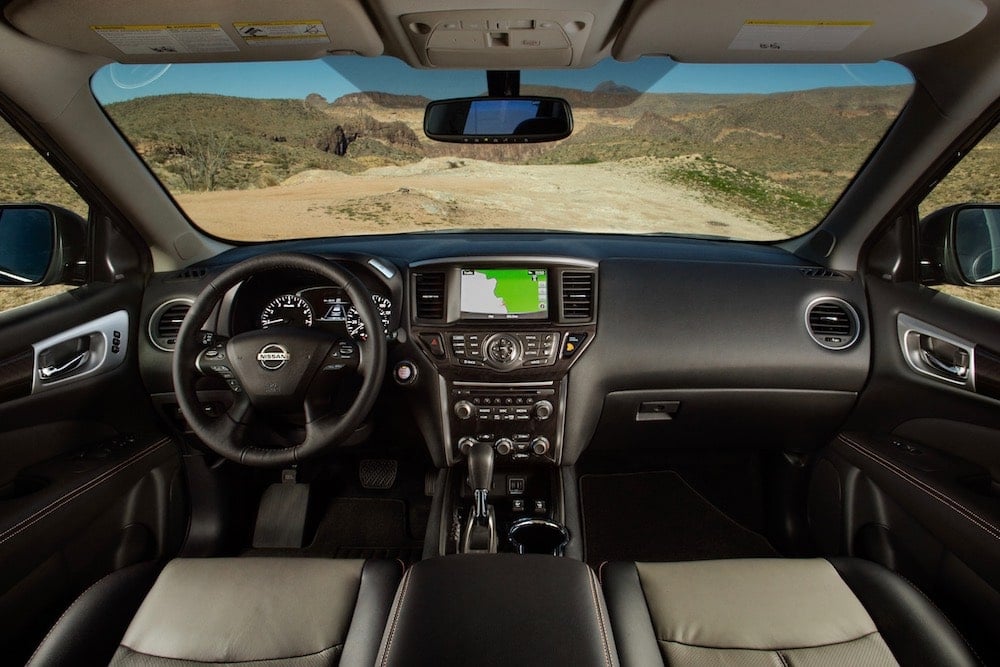 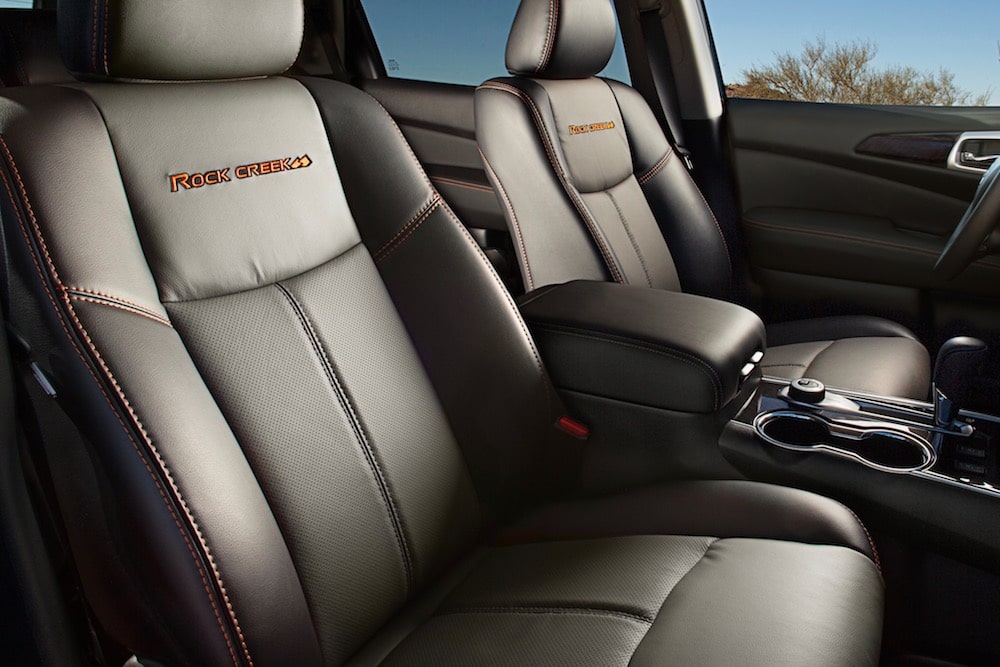 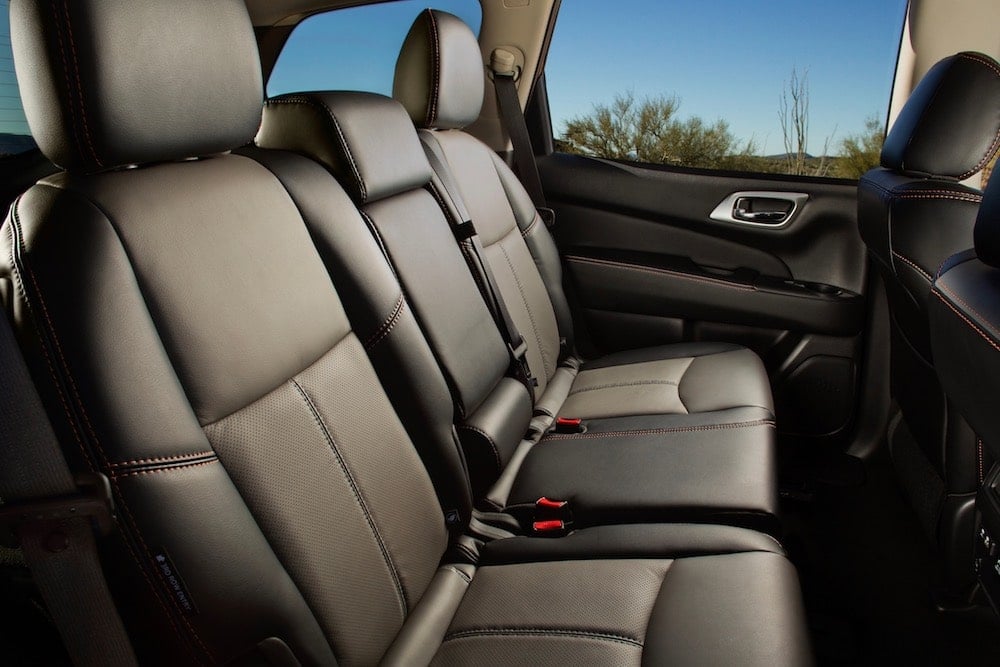 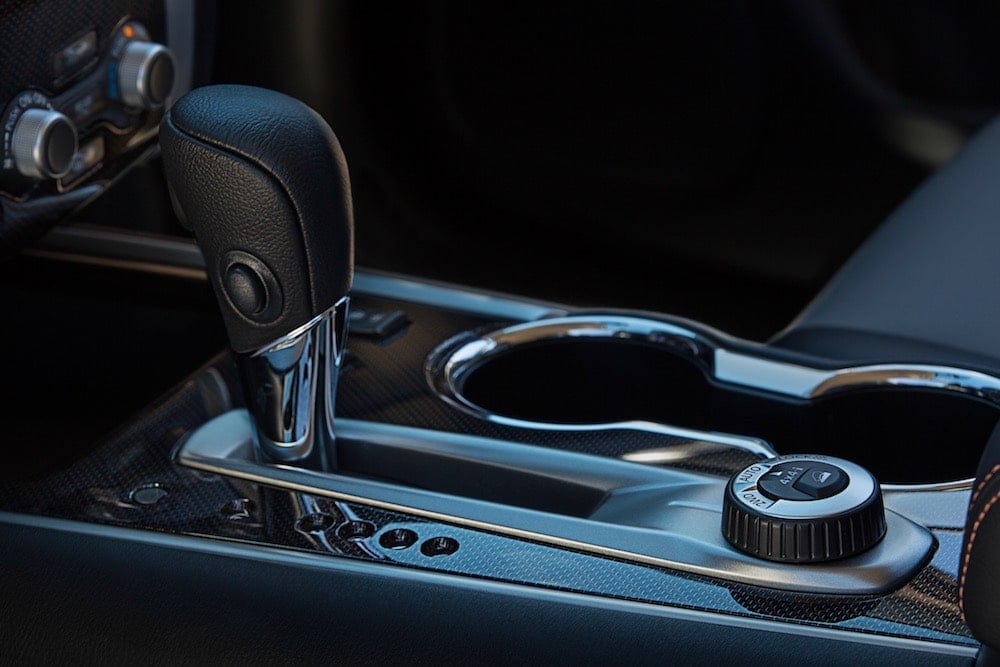 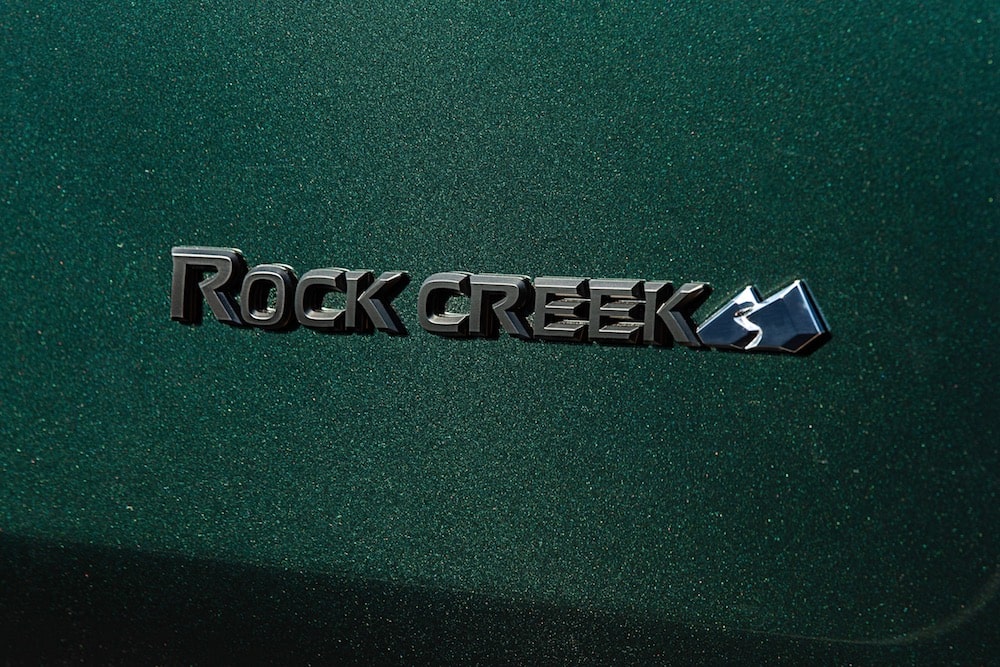 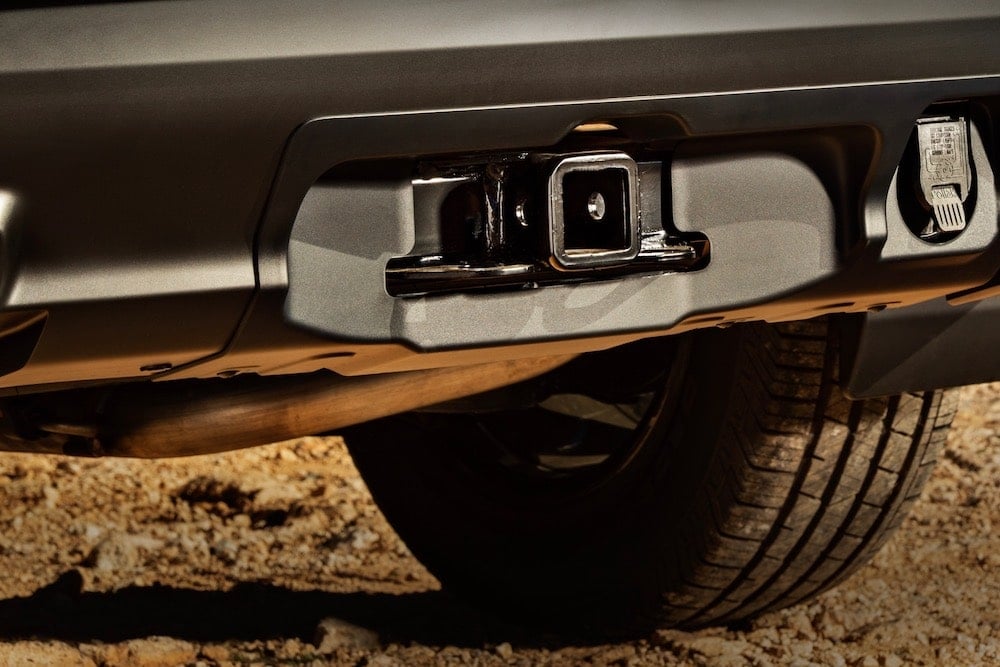