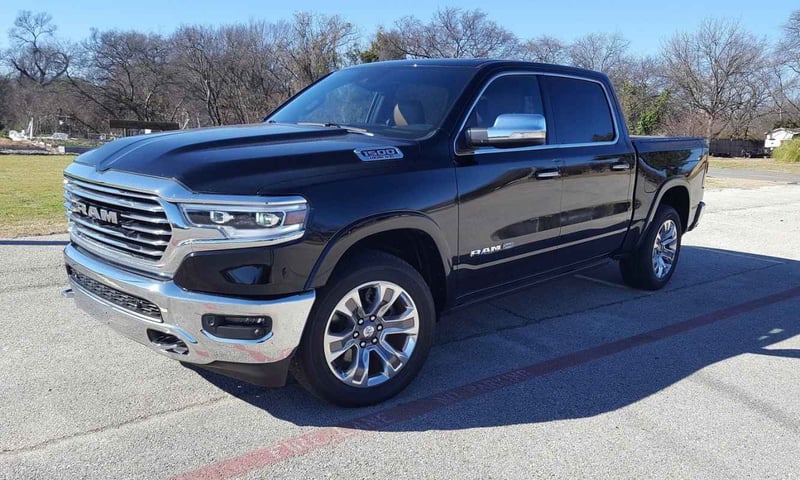 Burly Ram pickups once arrived new with dents and dirt – as well as a restless border collie in back if they happened to be in extreme West Texas.

Hockey was their game, Merle Haggard their music.

Those trucks from a decade ago might not even recognize their sophisticated new brother, the highly polished 2019 Ram Laramie Longhorn.

Granted, the husky new Ram looks as capable as ever, still fitted with handy locking tool-boxes and able to tow more than 11,000 pounds with its muscular Hemi V-8.

Now, though, it can match big-dog Ford, Chevy and GMC feature-for-feature, and since the first of the year, continues to shockingly outsell the former second-place Silverado pickup.

Forget a dusty life of hauling and hay bales. The new Ram wants to step on up.

The black Laramie Longhorn Crew Cab model I had recently stepped out first with a different, somewhat jolting new grille.

While it didn’t look as bold as the previous grille, it seemed less polarizing, complemented by classy slender headlamps that stretched into the fenders.

Meanwhile, a powerful hood with a raised dome toughened things up a bit, rolling down onto crisp fenders with slight creases in their tops.

Not only did my Ram feature sleek retractable running boards – a lot like those on the Cadillac Escalade – it also offered deep RamBox tool-boxes built into the tops of the truck’s pickup bed.

However, as good as the Ram looked, it drove, handled and rode even better.

As you’ve probably noticed, most pickups still work for a living, but an increasing number of them function primarily as commuter vehicles, particularly in Texas.

Ram seeks to attract concrete cowboys with a coil-spring based air-suspension that delivers the best ride in the full-size truck segment, while still being able to handle manly loads.

As you would expect in a pickup designed for rough work, the Ram moves around some over bumps, but absorbed them far better than most stiffly sprung trucks.

In addition, its steering felt nicely weighted and precise – more car-like than you might expect from a broad-shouldered pickup.

As a result, the Ram felt reasonably agile in city driving despite its height and girth.

The real gem in the truck’s new polish, however, was still its 5.7-liter Hemi V-8, a 15-year veteran that has been smoothed and bulked to 395-horsepower and 410 lb.-ft. of rock-hauling torque.

Rumbling sweetly through 3.5-inch dual exhausts, the deep-breathing Hemi could exert its pushy torque at just about any rpm, seemingly oblivious to the four-wheel-drive truck’s hefty 5,200 pounds of weight.

Putting the Hemi’s power to the pavement was a refined eight-speed automatic with an unusual rotary shifter.

Push it hard and the brawny Hemi can shove the big truck to 60 miles per hour in a little over six seconds.

As you know, though, power comes with a price, and the fuelish Hemi can muster only 17 miles per gallon overall, even with some slight help from a small electric motor also used for the start-stop system.

I wouldn’t advise climbing in with your tobacco spit-can in hand.

Not a single piece of gritty plastic was visible in the Ram’s black-and-saddle interior. A smooth, pliable black dashboard that looked and felt like leather, for example, rolled around an oversized center-stack common to most pickups these days.

Likewise, the truck’s door panels – typically slabs of hard black plastic in most trucks -- sported the same pliable black leather-like material on their tops and more of the dazzling wood trim.

The truck’s massive 12-inch display screen included knobs for the audio system, but it had to be tuned unfortunately through touchpads on the screen.

The audio system was Apple CarPlay and Google Android Auto capable, while the stack and dash housed all sorts of safety features, such as adaptive cruise control, forward-collision warning and lane-departure warning.

Maybe more important to those with big friends, the rear seats in the crew-cab Ram offered huge leg- and headroom.

I admit I’m still trying to get my head around luxury $70,000 pickups that earn enormous profits. But these extremely capable high-rolling sedans on steroids are getting really good, and the Ram Longhorn just might be the best of the bunch. 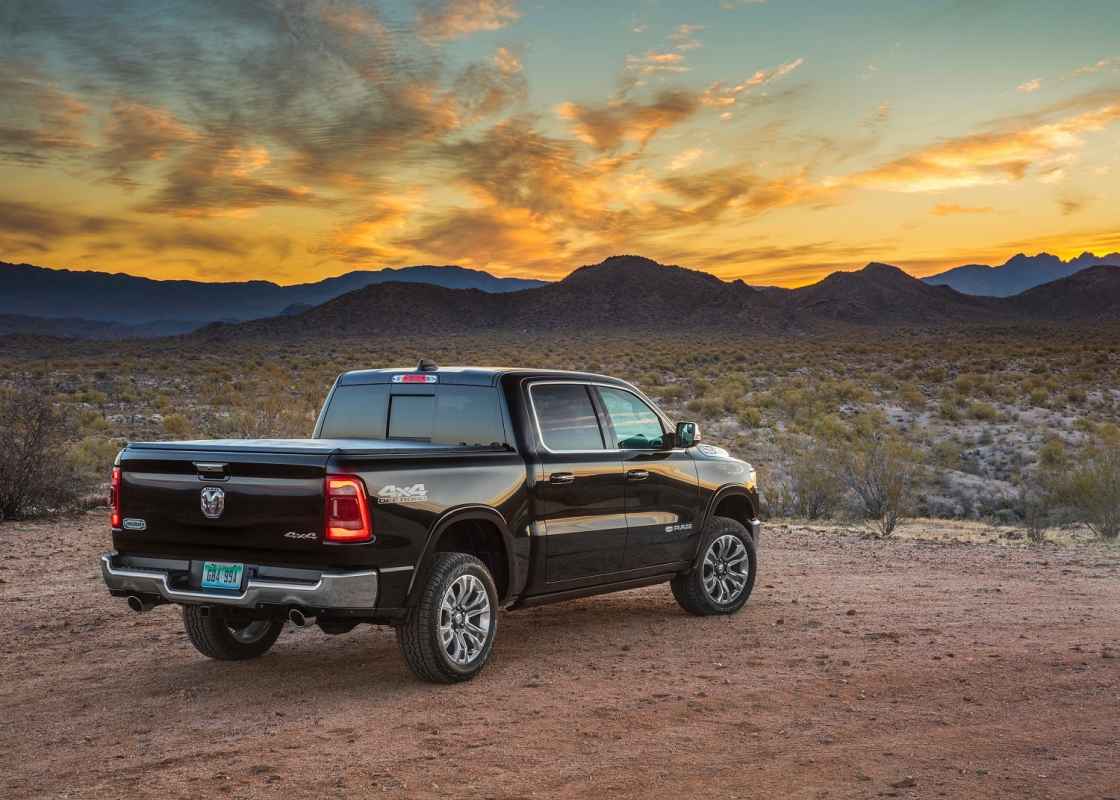 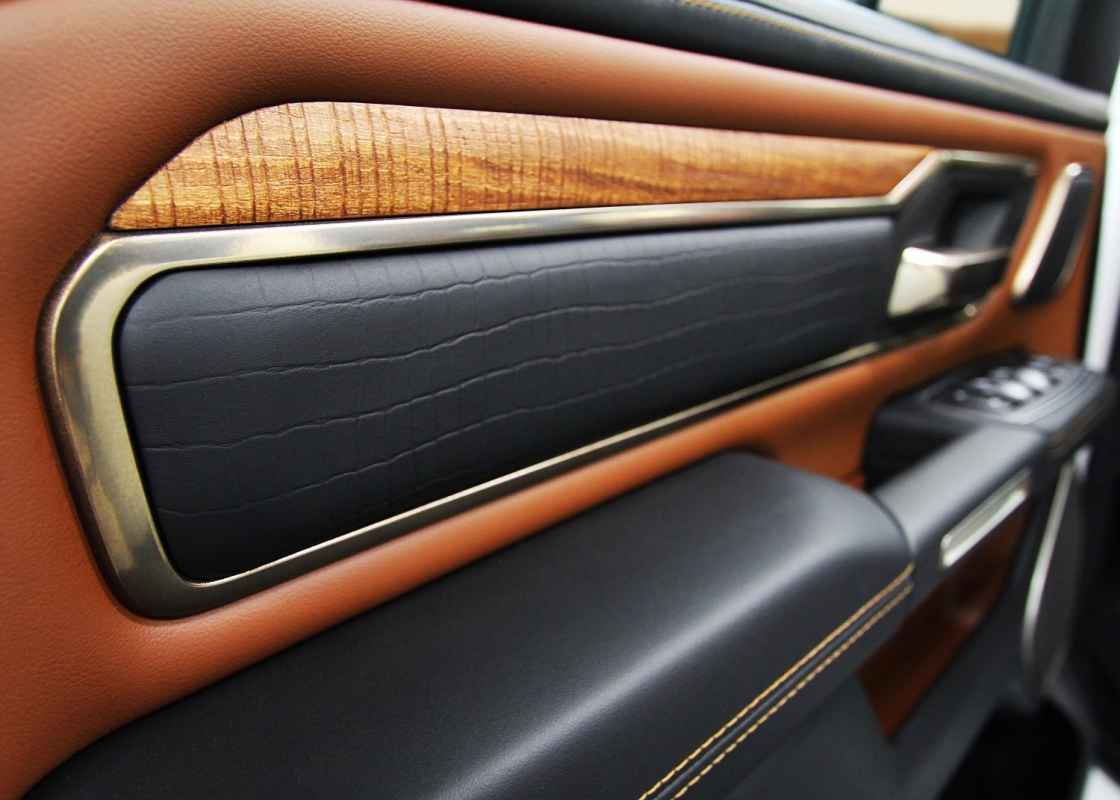 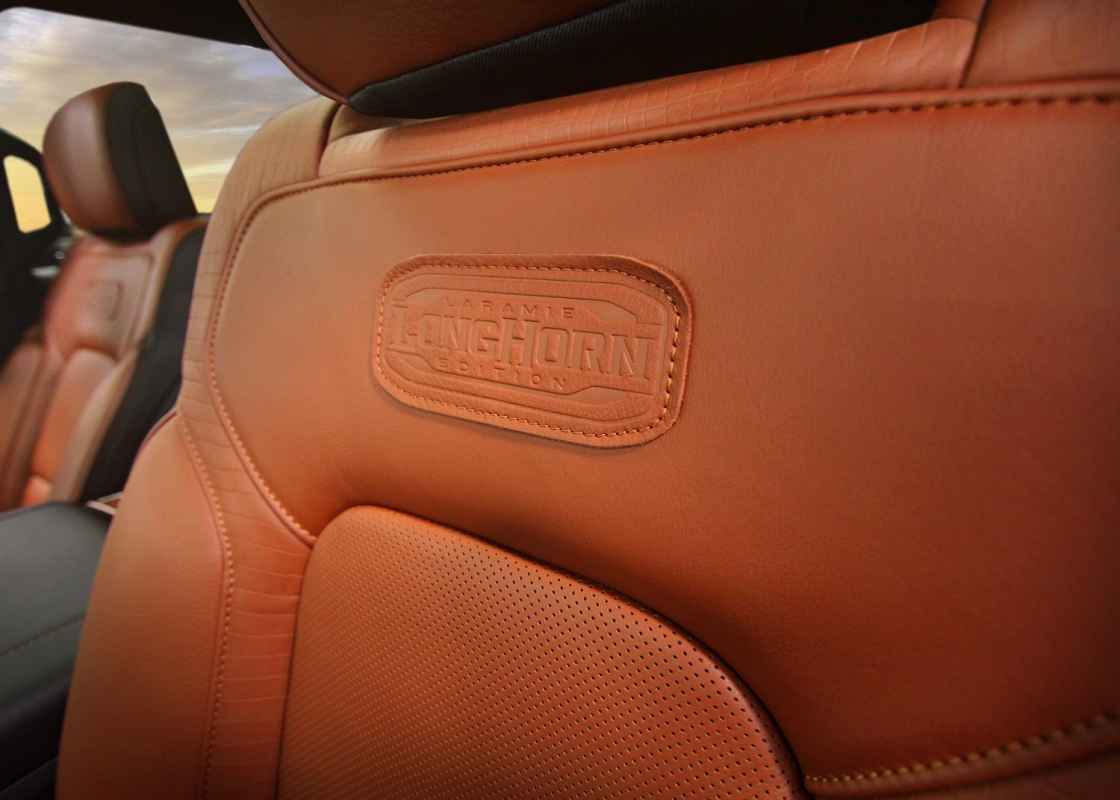 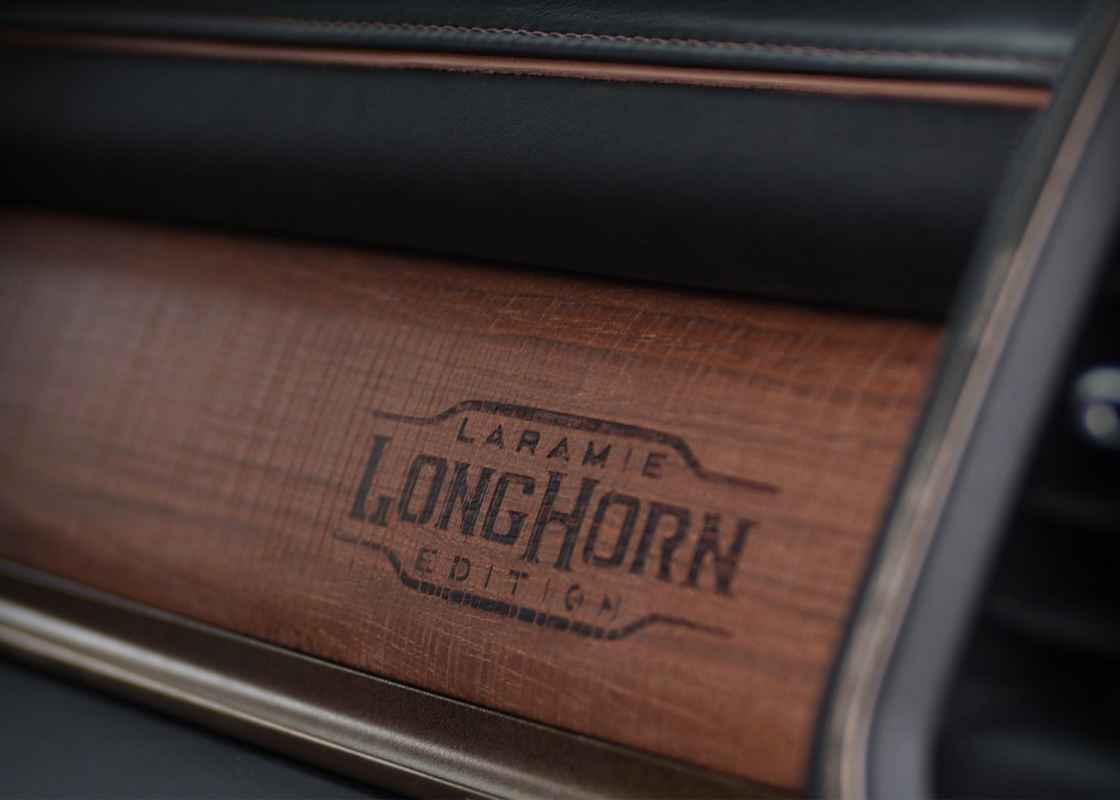 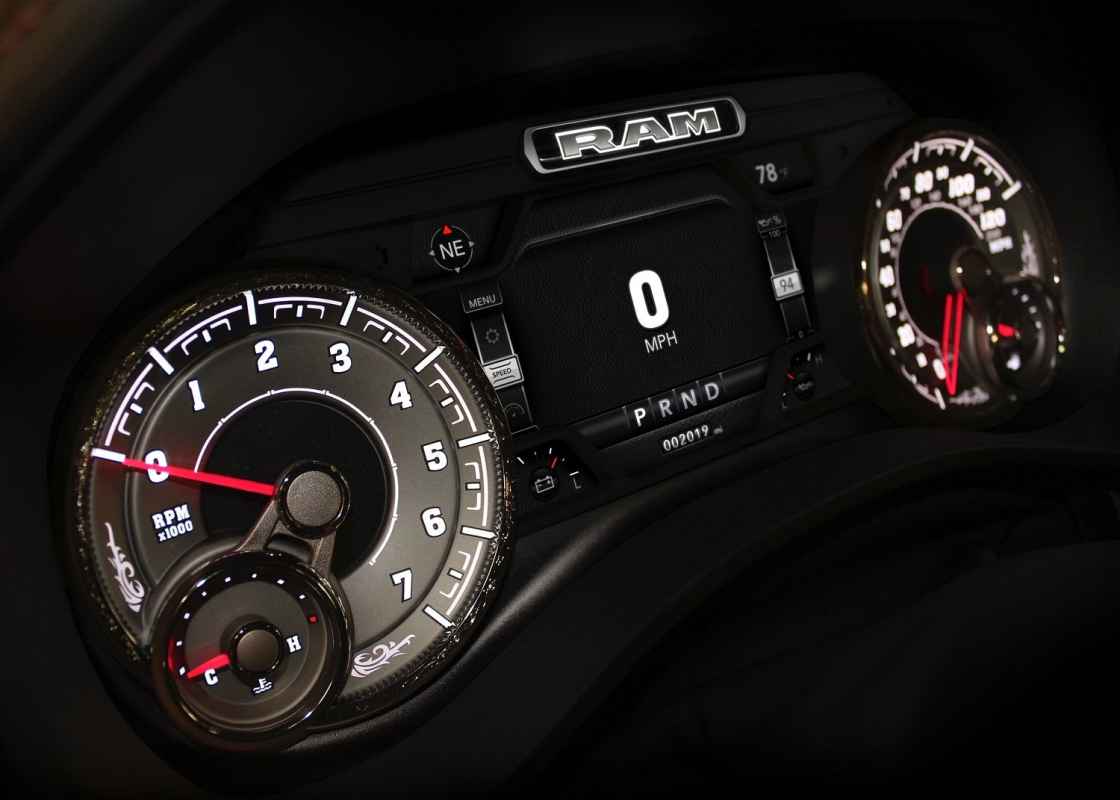 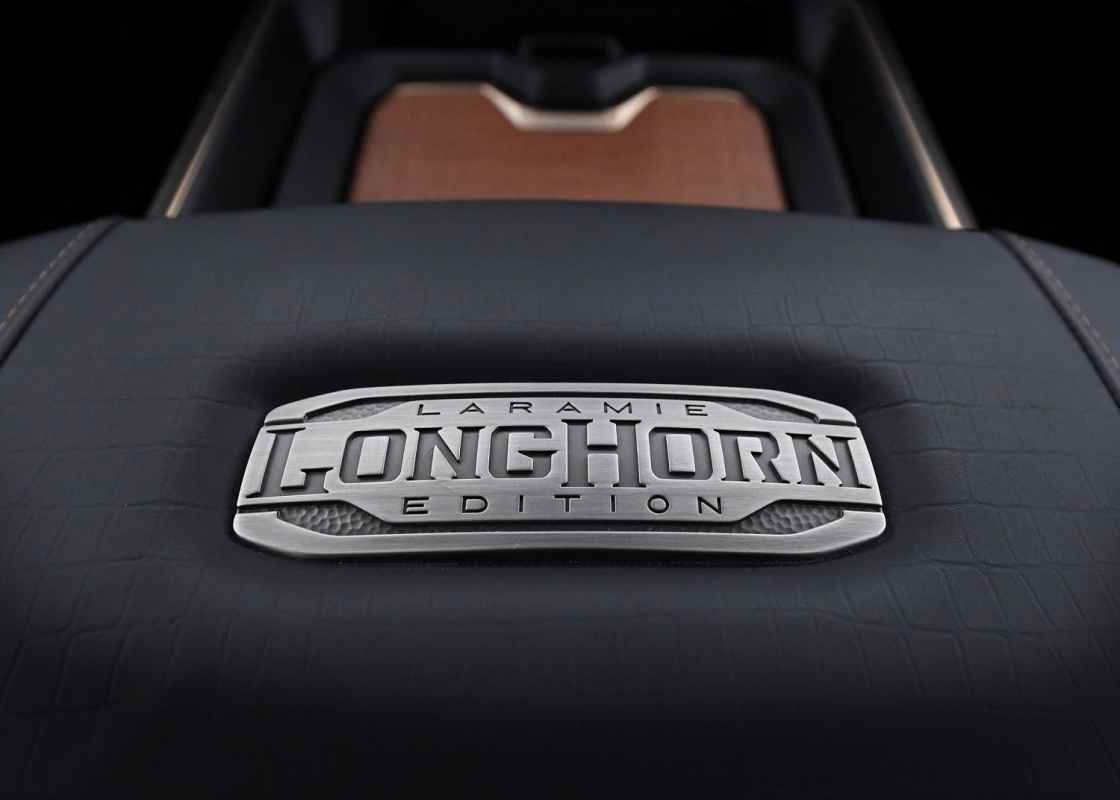