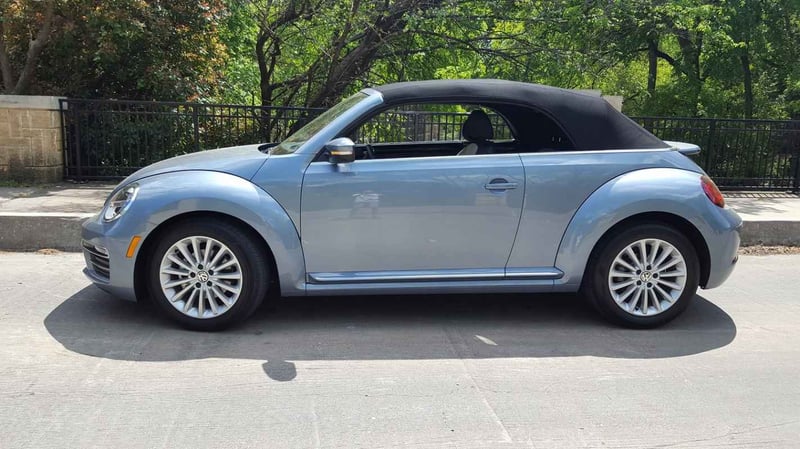 Not even an unplanned visit to my drill-happy dentist could put a lid on me recently.

On a semi-warm spring day, the top on my 2019 Volkswagen New Beetle convertible was down and the radio up, roiling the environment with the Dandy Warhols.

Could we head west for a few days?

Come summer, though, the bug-eyed, pleasantly retro Beach-Boy Beetle will likely be gone, the cars badged for now as Final Edition models.

With sales down last year to 14,400 vehicles and people moving to clunky trucks and featureless crossovers, another ‘60s icon fades, I suppose.

But in the meantime, here’s the real deal: My well-equipped Beetle ragtop rolled in with a window-sticker of about $28,000.

That’s about $8.75 a pound – or roughly the cost of some steaks and many staid mid-level compact sedans.

I know which one I would choose.

While totally different mechanically and much larger, the New Beetle still displays the basic lines and overall shape of the original 1938 VW Bug, the so-called People’s Car.

Now a front-wheel-drive compact built on the well-regarded Golf platform, the New Beetle kind of looks like a middle-aged version of the Bug – bigger, heavier and a bit softer, but still wearing that familiar smile.

My silver-blue convertible, for example, sported round, sort of endearing headlamps and a mostly smooth hood that rolled sharply down to the front bumper.

As in the original Bug – which boasted 21.5-million sales over its life -- smooth, basically flat sides contrasted nicely with round, protruding fenders.

In back – where a tiny clattering four-cylinder engine once resided – the New Beetle offers a real storage facility with a lid and large, protruding tail lamps reminiscent of the originals.

(The New Beetle arrived in 1998, incidentally, as a modern front-engine, front-wheel-drive compact in somewhat old clothes – kind of like me on good days.)

Although the 17-inch turbine-style wheels on my New Beetle didn’t look anything like the Bug’s dinky steelies and dog-bowls, they were wrapped with 215/55 tires that filled the clamshell fenders nicely.

Surf’s up, dudes and dude-ettes, and at first, I thought we might be rolling with some real vigor.

The 2-liter turbo in the New Beetle is a softer, detuned version of the motor with a modest 174-horsepower to lug 3,200 pounds. It spins the ponies through a fairly refined six-speed automatic.

Still, the mouse motor felt pretty lively around town, bounding away from stops with a smooth little wave of power and able to hit 60 mph in about seven seconds, according to Car and Driver.

However, there’s not much steam left above 60, which takes a bit of the sport out of having a convertible.

At full throttle, for instance, the speed and the revs build pretty slowly – not exactly running with the wind. One payoff, I guess, is decent fuel economy: 29 miles per gallon overall.

Maybe more importantly though, in these days of sub-$3 gas, the Beetle’s solid Golf platform provides a smooth, sophisticated ride and reasonable handling.

Thanks to the car’s light, precise steering, the Beetle feels pretty agile in the city, turning into corners with moderate lean and adequate grip.

Moreover, in routine driving, the suspension seemed almost as supple on rough roads as some near-luxury German sedans.

Though not sporting, the Beetle is at least willing, but with a convertible, the real value goes up when the top goes down – which is especially true with the Final Edition Beetle.

Although saddled with lots of plastic, the off-white and black interior in the New Beetle seemed so distinctive I wondered if Mazda had a hand in it. (Probably not.) Its black dashboard, for example, rolled down onto an off-white composite mid-dash reminiscent of the Bug’s old metal dashboard.

A smallish 6.3-inch display screen served my needs just fine without being a distraction, providing blind-spot monitoring and rear traffic alert, as well as simple knobs for the audio system.

Meanwhile, the car’s soft black convertible top lowered in seconds with the push of one button -- the span of a traffic light, literally – and is well-finished on the back side.

In addition, I was particularly impressed with the car’s off-white seats, featuring quilted leatherette centers and bolsters. They popped with the top down – though leg- and headroom in back was pretty limited.

My Final Edition Beetle arrived with no options, by the way.

So, where are all the old hippies who drove the bare bones Bug to staggering sales heights in the ‘60s? Beats me.

But even people into the Captain and Tennille or – gulp -- St. Vincent can find quirky pleasure in the New Beetle.

Thing is, though, you better find it fast. 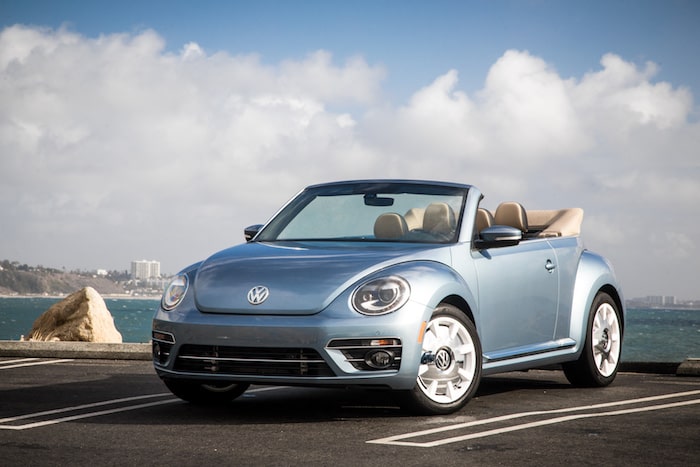 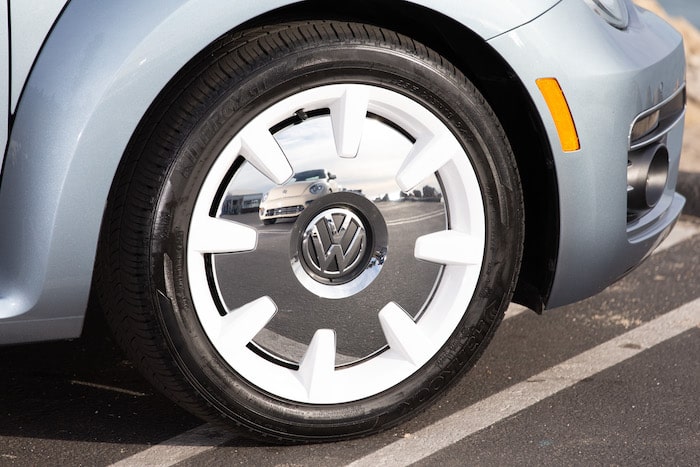 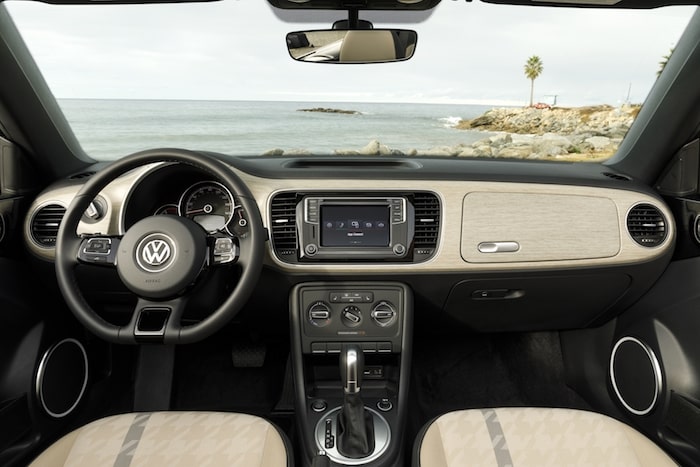 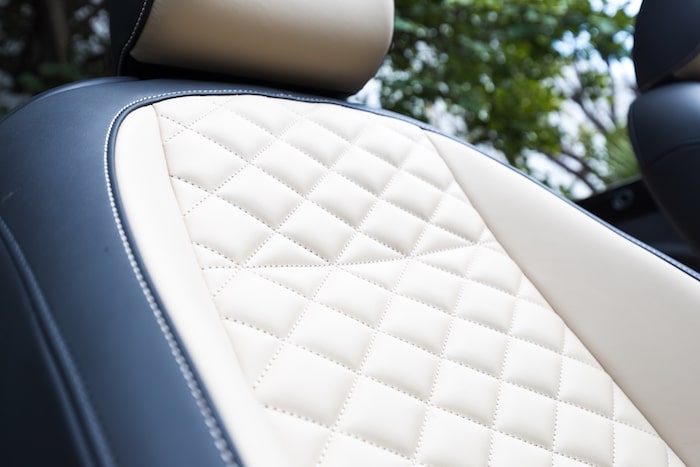 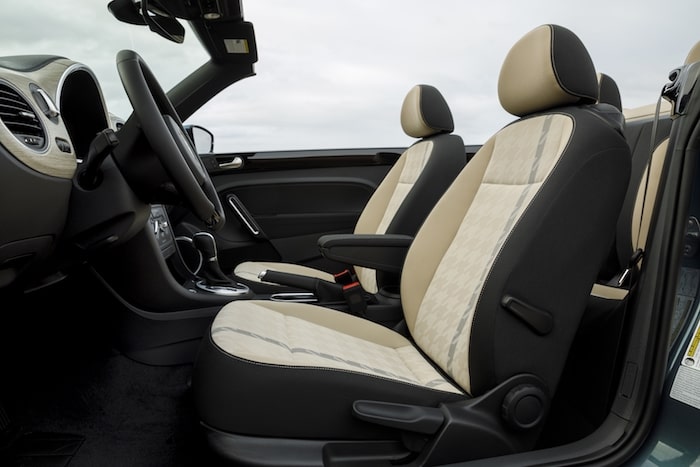