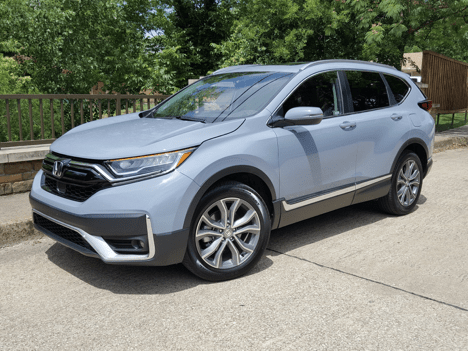 Check your Fast and Furious fantasies at the door when you climb into the buttoned-down 2020 Honda CR-V crossover.

Even if the wife and kids aren’t riding shotgun, forget those far-flung dreams about conquering Nurburgring as you screech brilliantly around a neighborhood corner or two.

The serious CR-V just doesn’t roll – or slide – that way.

It’s too focused on moving to the top of the compact-crossover list – a real achievement – but first it has to knock off the top-selling Toyota RAV4.

Besides, the CR-V’s optional 1.5-liter turbocharged engine struggles with hard acceleration and at times, kind of sounds like a forklift.

While adequate, the engine doesn’t exactly inspire flights of fancy – or probably any flights at all.

Still, as the CR-V has moved steadily up the ranks of compact crossovers – it is currently No. 2 -- practically everything but the engine has evolved nicely or been polished to a fine hue.

My well-equipped CR-V Touring, an all-wheel-drive model, looked impressively substantial in bluish-gray, sporting a trim, nice-looking grille that was notable for its tasteful lack of excess.

In fact, the grille kind of set the tone for the rest of the compact truck.

A slightly raised hood, for example, made the CR-V seem taller, while its smooth, subtly rounded sides looked appropriately understated.

Adding to the vehicle’s substantial feel – and it weighs an estimated 3,500 pounds, so it’s no flyweight – were good-looking 19-inch gray and alloy wheels wrapped with 235/55 tires.

The only thing I didn’t like were the CR-V’s bulbous high-mounted taillamps that stuck out so far from the back corners that I could see them in the rear-view mirrors. 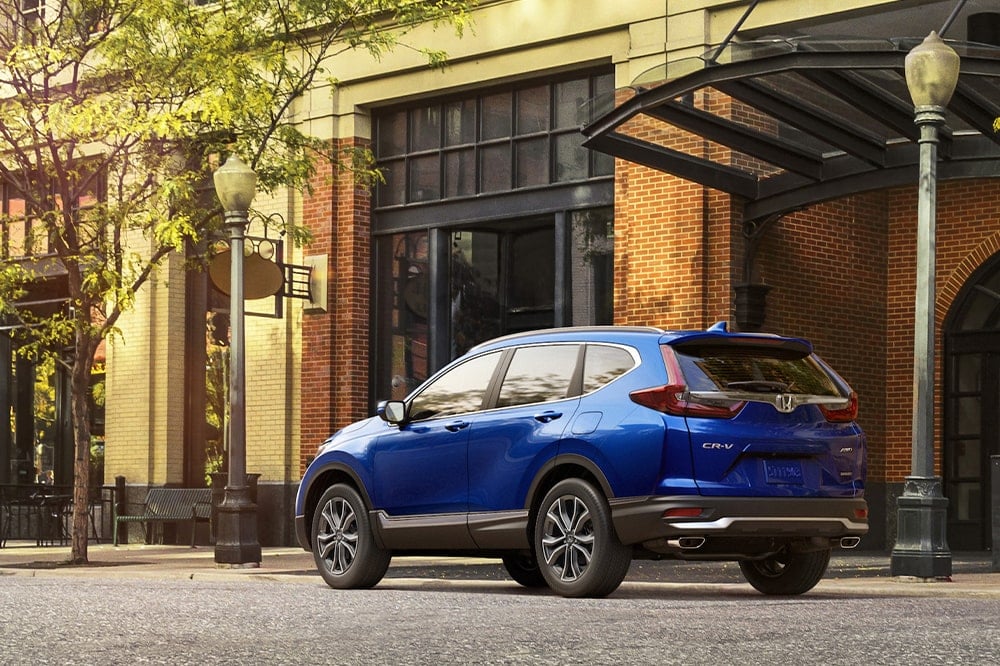 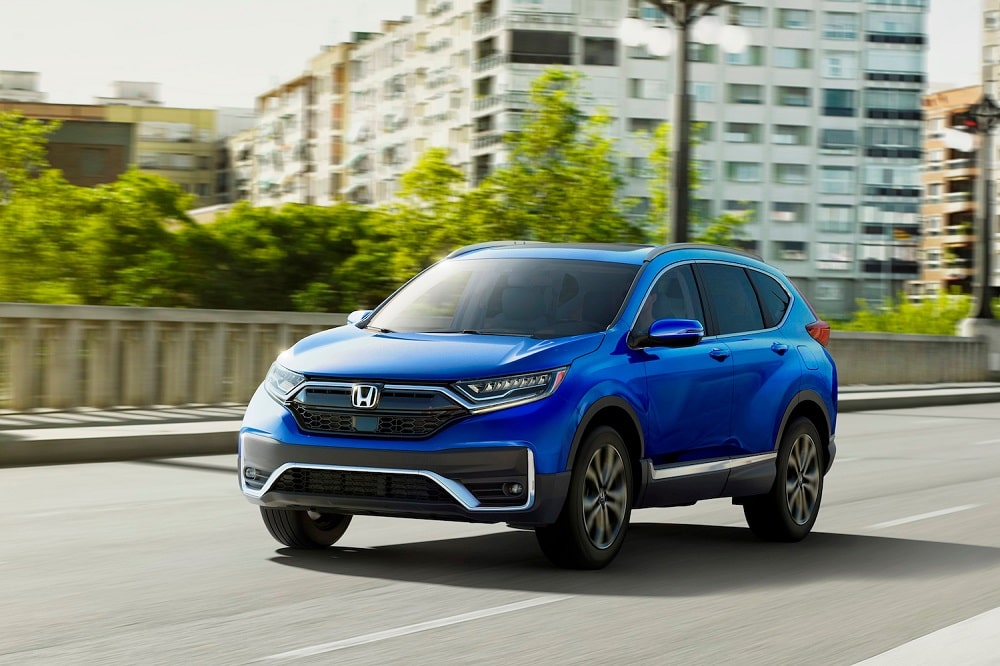 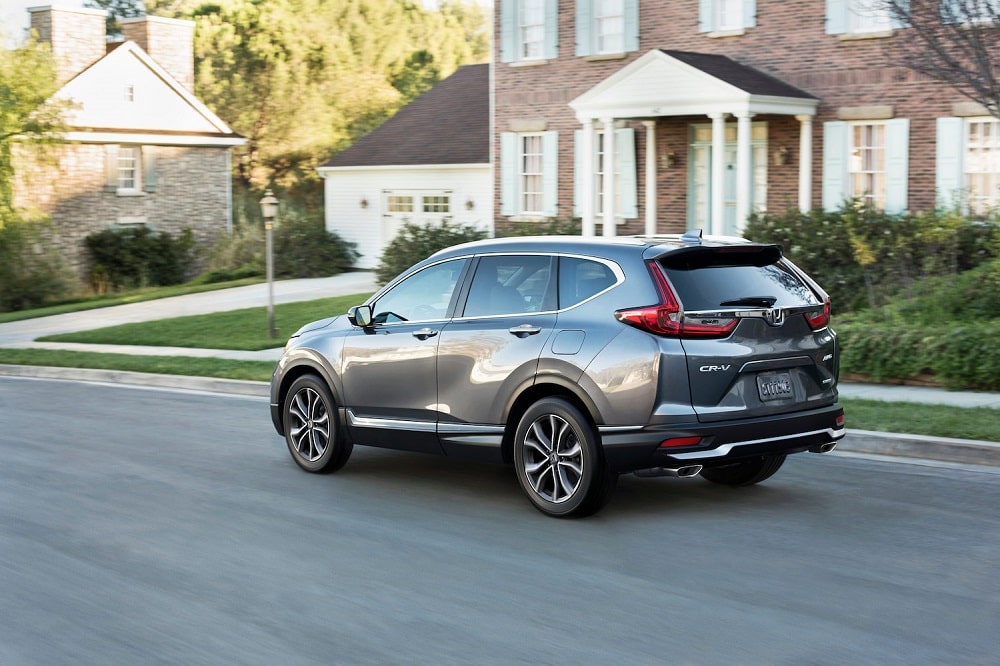 Nonetheless, if it just had the pull and surge of the new Hyundai Seltos, the CR-V might be closing in on crossover greatness.

Some people, of course, will barely notice the CR-V’s sluggish engine. It’s mostly quiet and can get you up to suburban speeds fine while also averaging 29 mpg overall.

It seems adequate – and mostly is, but if you need to merge onto a fast-flowing highway or freeway, the CR-V’s 180-horsepower engine and continuously variable transmission (CVT) get left flat-footed.

You probably won’t enjoy it. Hard acceleration is one of the few times that Honda’s CVT betrays its humble roots and moans flatly.

Sixty miles per hour arrives in an estimated 7.9 seconds, which won’t get you run over, but can feel pretty slow.

Focus on the CR-V’s platform instead, which is solid with a sophisticated suspension tuned for compliance, but still with a fair amount of agility.

Even with all-wheel drive, it moves with surprising grace and silence over bad concrete and yet, will zip around corners with reserved glee. (It is a Honda, after all.)

Though the steering is fairly numb, it is quick and precise, adding to the sense that the CR-V could run with some near-luxury compact crossovers if it just had a few more beans under the hood. 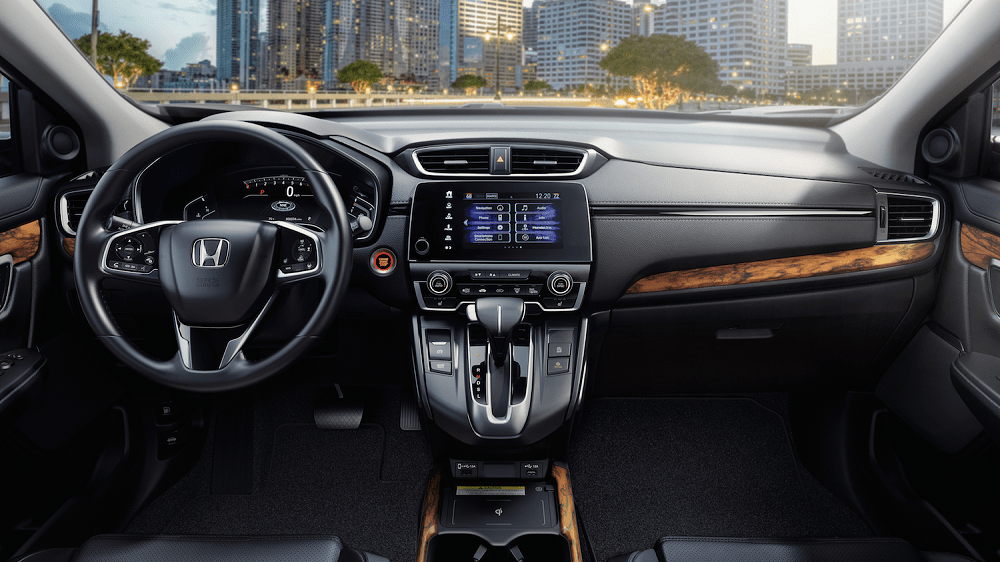 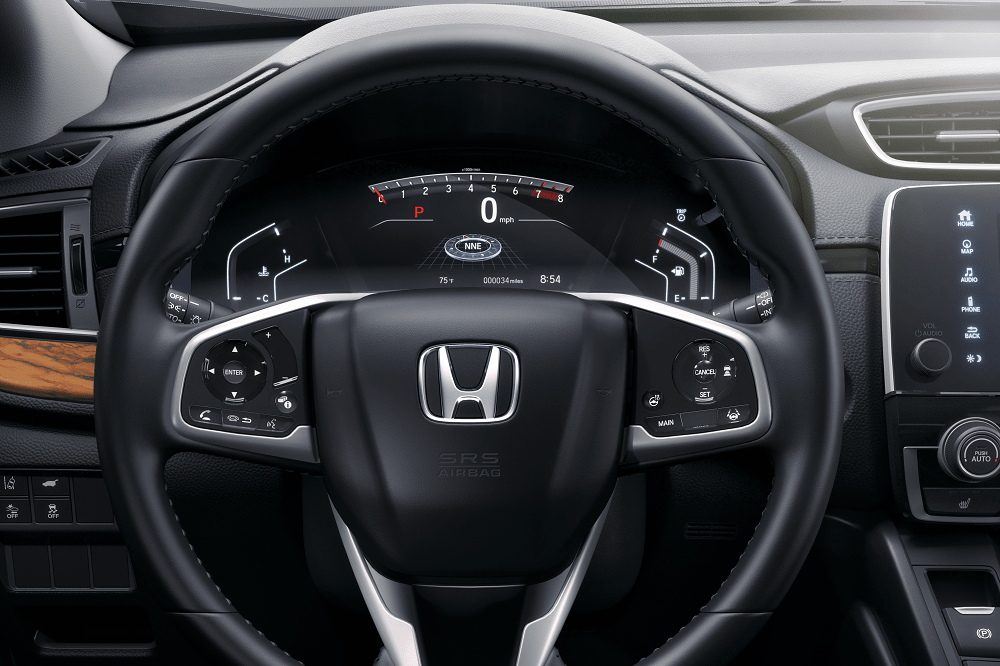 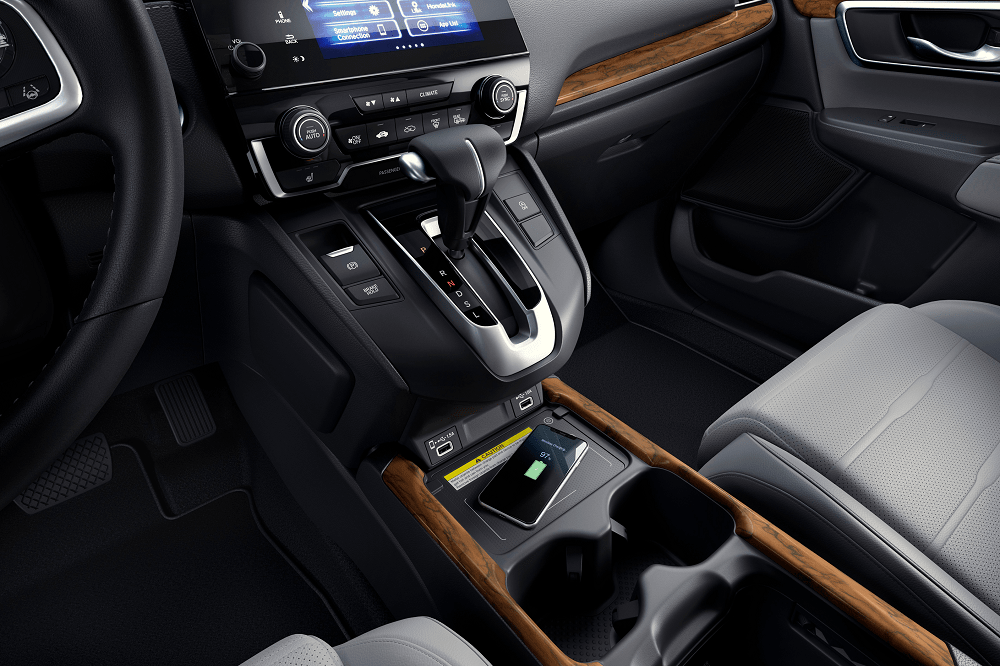 Like the exterior, the black interior felt well-designed and organized, with just enough high-end touches to make the $36,000 vehicle feel upscale.

Moreover, the interior seemed unusually roomy for a compact crossover, with 39 cubic feet of cargo space.

A graceful upper dashboard in black plastic rolled around a hooded instrument panel, with a horizontal tablet-shaped touchscreen mounted against the mid-dash.

While plastic, the mid-dash featured “stitching” in places with a flat strip of brown plastic wood above the glove compartment.

Probably my favorite feature was the CR-V’s rally-style shifter mounted high between the console and touchscreen. Unfortunately, I don’t think it made the V any faster.

Meanwhile, the vehicle’s door-tops also were mostly plastic, but well-disguised, with more stitching and a strip of the wood above the door-centers.

Expect another surprise in back: Though technically a compact, the CR-V offers really good leg- and headroom in the rear.

My well-equipped Touring model didn’t arrive with a single option.

Look, I admit I’m not a fan of crossovers. I understand their attraction, but I still much prefer cars.

Even I have to acknowledge, though, that few vehicles below $40,000 offer the features, refinement and quality of the Honda CR-V.

I’ll just have to pass on its engine and sort-of transmission.