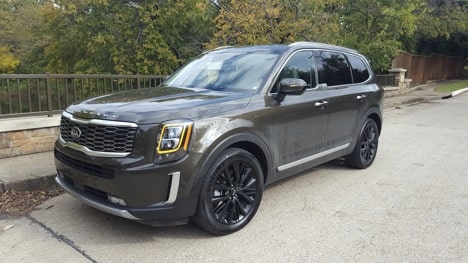 About the time SUVs and crossovers started to all resemble square-cut soldiers in the same army, along came the contrarian, high-stepping Kia Telluride.

Sure, the 2020 Telluride basically qualifies as another two-box mid-size SUV. But it seems to roll to the sort of loopy music that drifts from art festivals in Oregon.

Basically, it looks like the sort of alluringly loose SUV that the tightly wrapped Texas Legislature might ban.

Moreover, who would have expected all of this distinction from Kia, the South Korean automaker owned partly by Hyundai and formerly known for wobbly, flimsy compacts?

As some of you may have heard, Kia and Hyundai have both quietly ascended to the top ranks in quality over the last few years, propelled partly by design and engineering help from Germans lured away from Audi and BMW.

The new Telluride – the best of a bunch of fine new vehicles from the two automakers – beams with a mix of organic Korean flow and German edginess.

In fact, I’ll bet its bright lights keep a good number of folks at Ford, Chevy, VW and Toyota awake at night. (The Telluride recently won a best SUV award from Edmunds and Utility Vehicle of the Year in the North American Car and Truck of the Year competition.)

A broad, powerful-looking hood with “TELLURIDE” in large satin letters on its leading edge announced loudly and proudly what was pulling into the driveway.

The all-wheel-drive SX model I had sported a coat of dark olive green that reminded me of those cast-off army shirts that hippies used to wear ironically at North Texas State.

Though my three-row, seven passenger Telluride had flat sides, they looked distinctive with extremely short front overhangs and subtle shoulders above the door-handles.

Adding to the ‘Ride’s vibe was more of the satin trim around the side windows, while large vertical taillamps complemented the unusual headlamps nicely.

At one point, in fact, my Telluride SX was parked alongside a late-model Range Rover that kind of paled next to the crisply cut ‘Ride. 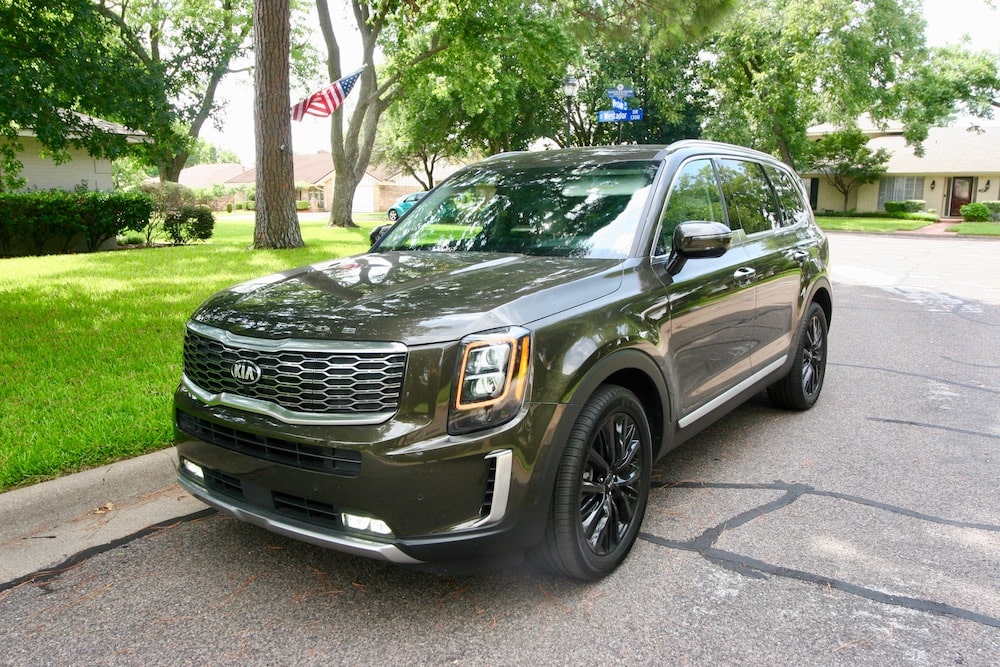 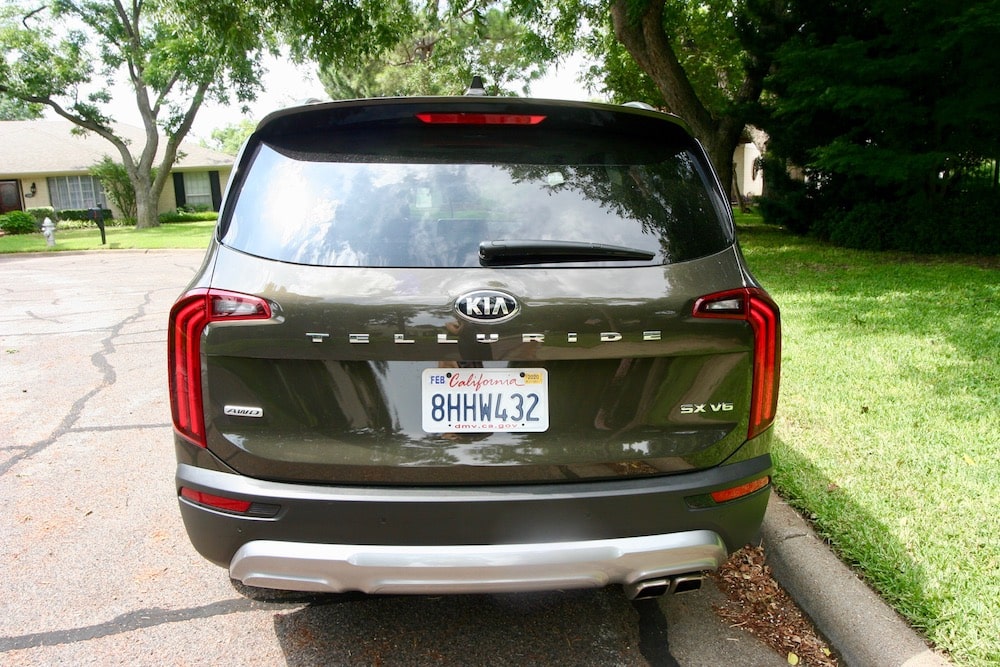 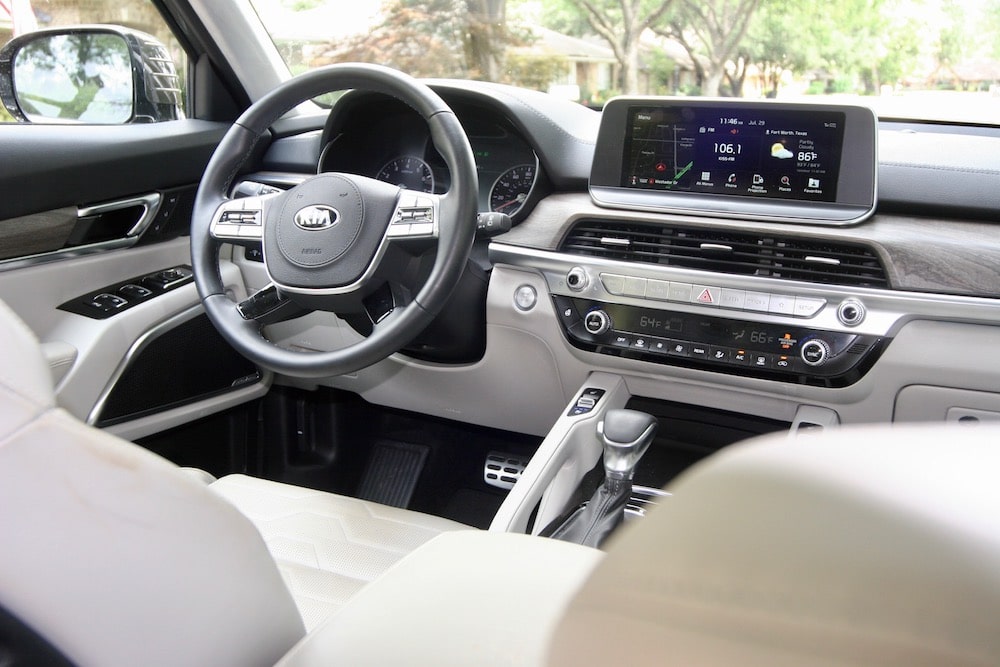 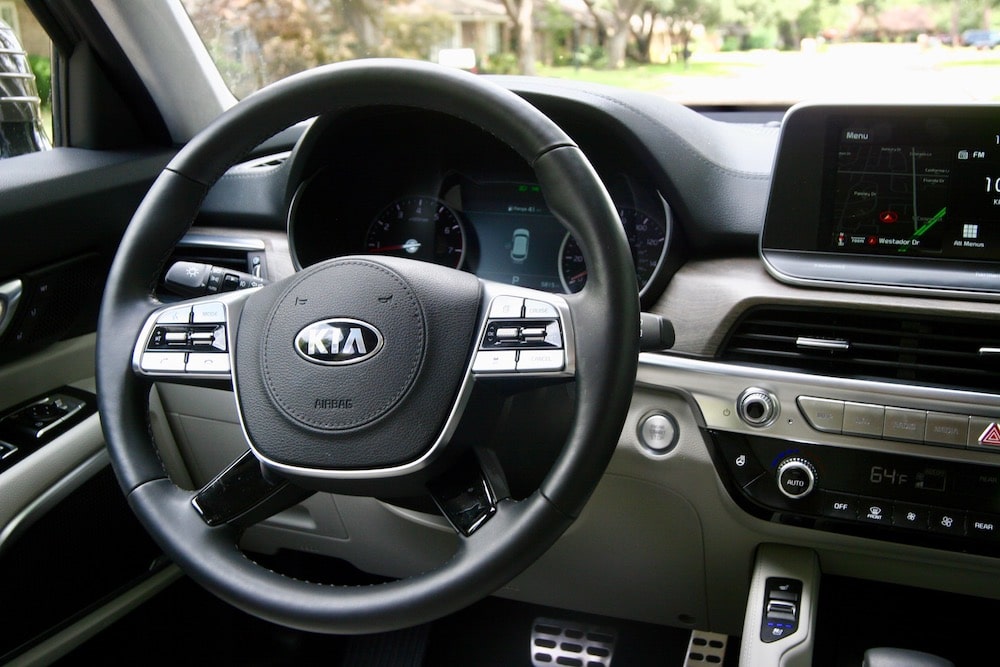 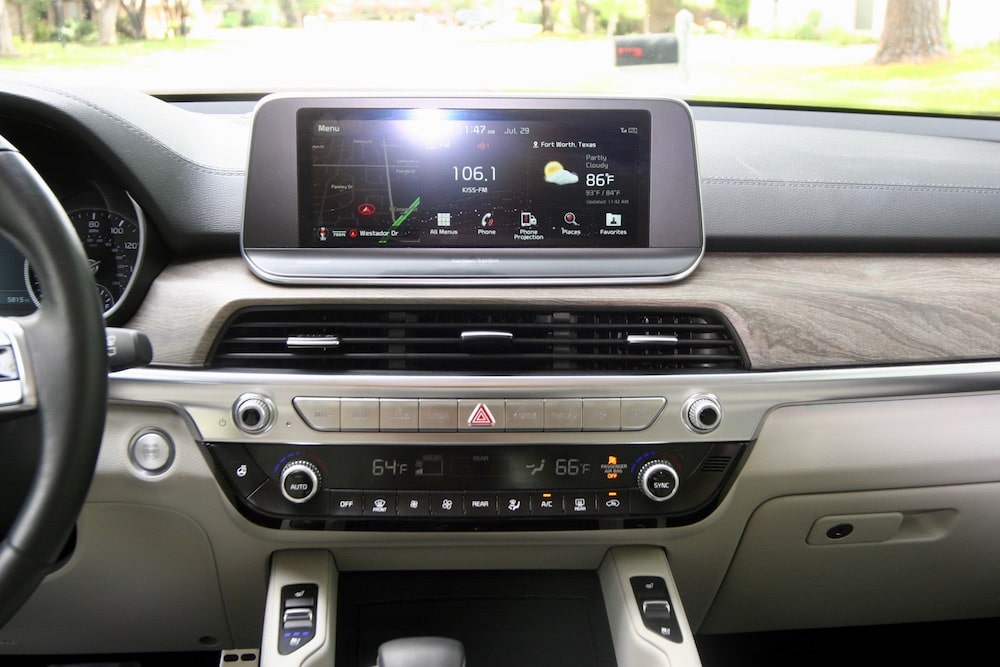 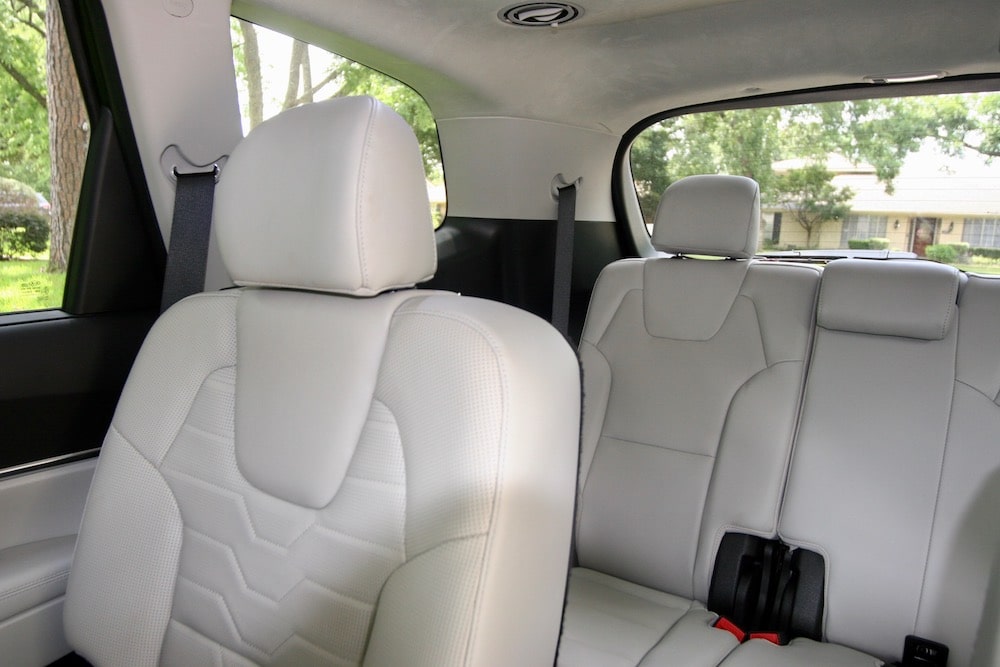 The Telluride, incidentally, shares a platform and powertrain with the new Hyundai Palisade, both of which are invading the segment where SUV stalwarts like the Ford Explorer, Chevy Traverse, Honda Pilot and Toyota Highlander live.

It will head into the fray powered by a 3.8-liter V-6 cranking out 291 horsepower that spins an eight-speed automatic and all-wheel drive.

Though the Telluride runs with less power than some of the big dogs in the segment – the 2020 Explorer ST has 400 – it never felt underpowered.

The Telluride’s V-6 pulled strongly away from red lights and with its 0-60 mph time of 7 seconds flat, had no trouble merging with fast-moving traffic.

Better still, the engine was responsive and lively at most speeds, making the Telluride seem fairly athletic and awake for a two-ton SUV. It also should get 21 miles per gallon in overall fuel economy.

While its steering suffered from typical modern numbness, it was well-weighted and reasonably quick.

Moreover, the Telluride handled decently, leaning some in corners but maintaining its composure – as well as an above-average ride.

Likewise, the light-gray interior in my $47,000 ‘Ride contributed to its near-luxury feel.

A flat upper dashboard in pliable black plastic, for example, dropped down to a protruding mid-dash trimmed with a band of gray wood-like material.

The mid-dash featured a 10-inch touchscreen shaped like a large digital tablet with buttons and knobs for those of us so old-school we still listen to the radio.

Of course, it also had Android Auto and Apple CarPlay smartphone integration for the bearded and tattooed set.

It also was well-equipped, with just one big option: The SX Prestige Package, which included a head-up display, Nappa leather trim, and heated and ventilated second-row seats ($2,000).

If I was ever sentenced to life in an SUV, complete with soccer balls and a pack of peanut-butter-smeared kids, I would seriously consider a Telluride.

It eases a lot of domestic pain – or at least can transport you to the bar in comfort and style.