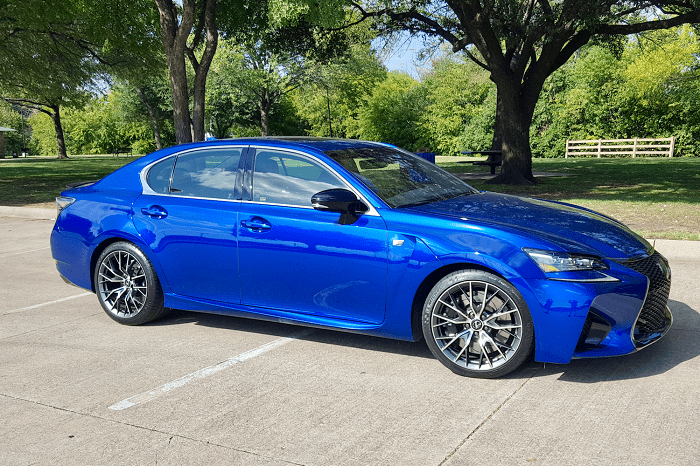 Silence clings to most Lexus sedans like pearly morning dew.

It adds to their considerable shine and appeal as the solid, stolid Rotarians of the luxury-car segment – and the leader in high-end sales in the third quarter.

But solid and silent never boiled my broccoli. I much prefer spending time with the brand’s boisterous bad-boy, the brash 467-horsepower 2020 Lexus GS F.

That’s not thunder on the horizon, by the way – just the F shaking the rafters in my 65-year-old garage.

Savor it while you can. Like most other luxury automakers, Lexus has discovered that the market for $90,000 high-performance mid-size sedans is limited and shrinking fast as buyers migrate to SUVs.

As a result, the company plans to discontinue its GS sedans, along with the F, at the end of this year.

Some of us have already begun to sound the dirge.

Though not the absolute fastest sportster in the segment nor the most extreme handler, the F combines great overall performance and visceral punch with a relaxed, likable personality and utter reliability.

First, of course, you have to get past That Grille. Like way too many Lexis and Toyotas now, my GS F wore a snow-plow for a face, flanked oddly by sleek headlamps.

Fortunately, the rest of my resolutely blue GS aimed higher, with tidy, mostly flat sides embellished by slight flares in the fenders and a subtle muscular roll.

Short overhangs front and rear added to the sedan’s relatively taut proportions, as did good-looking turbine-style 19-inch wheels wrapped with 255/35 tires up front and 275/55s on the rear. 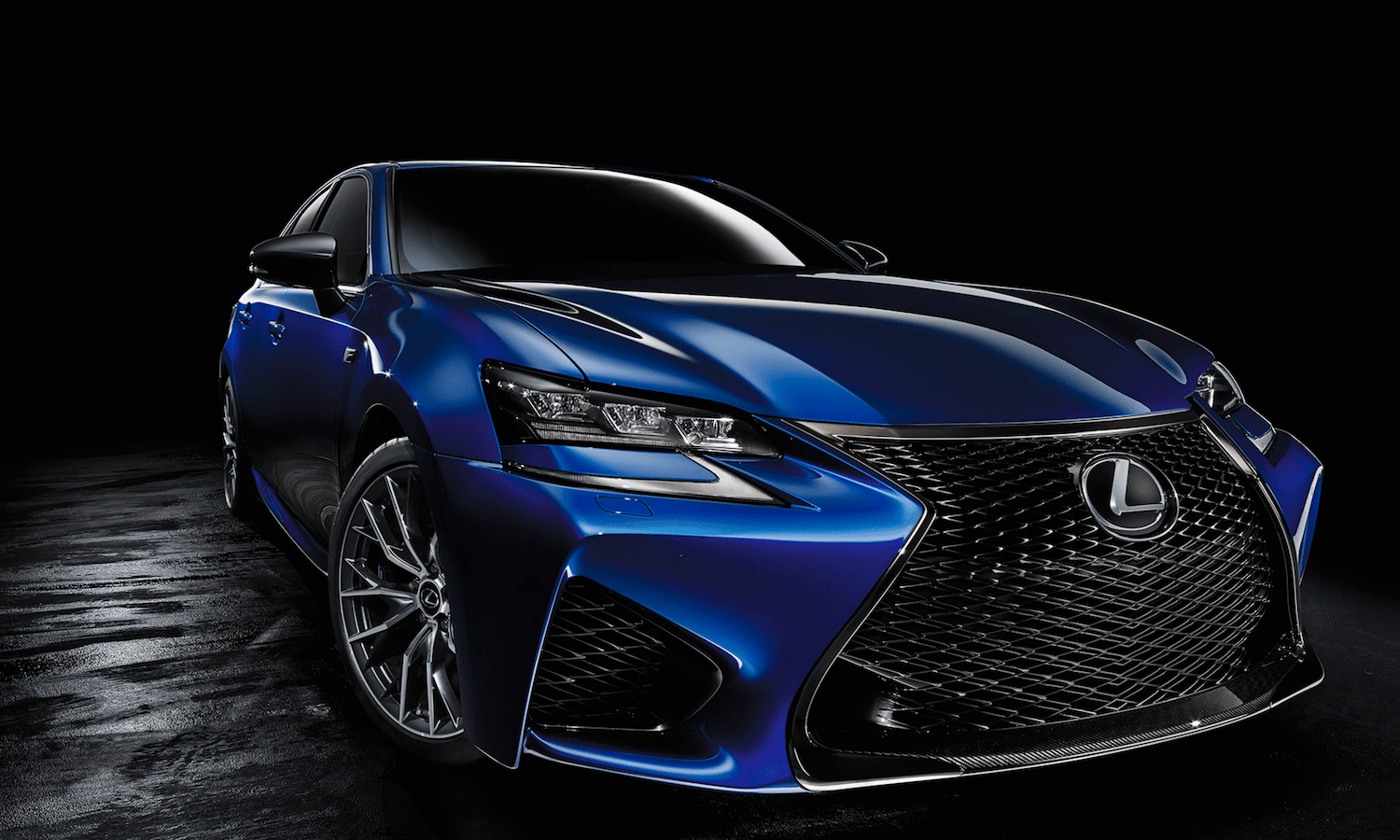 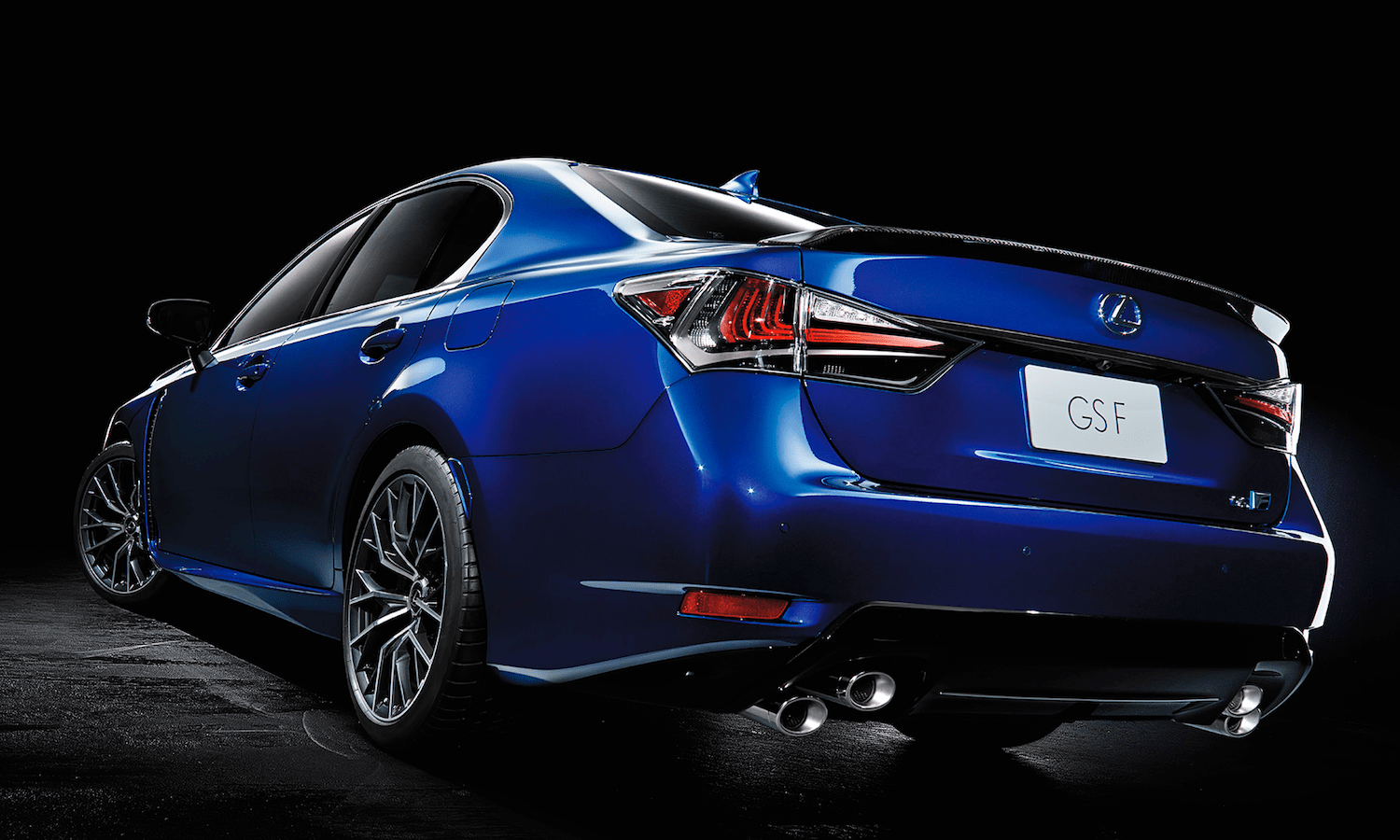 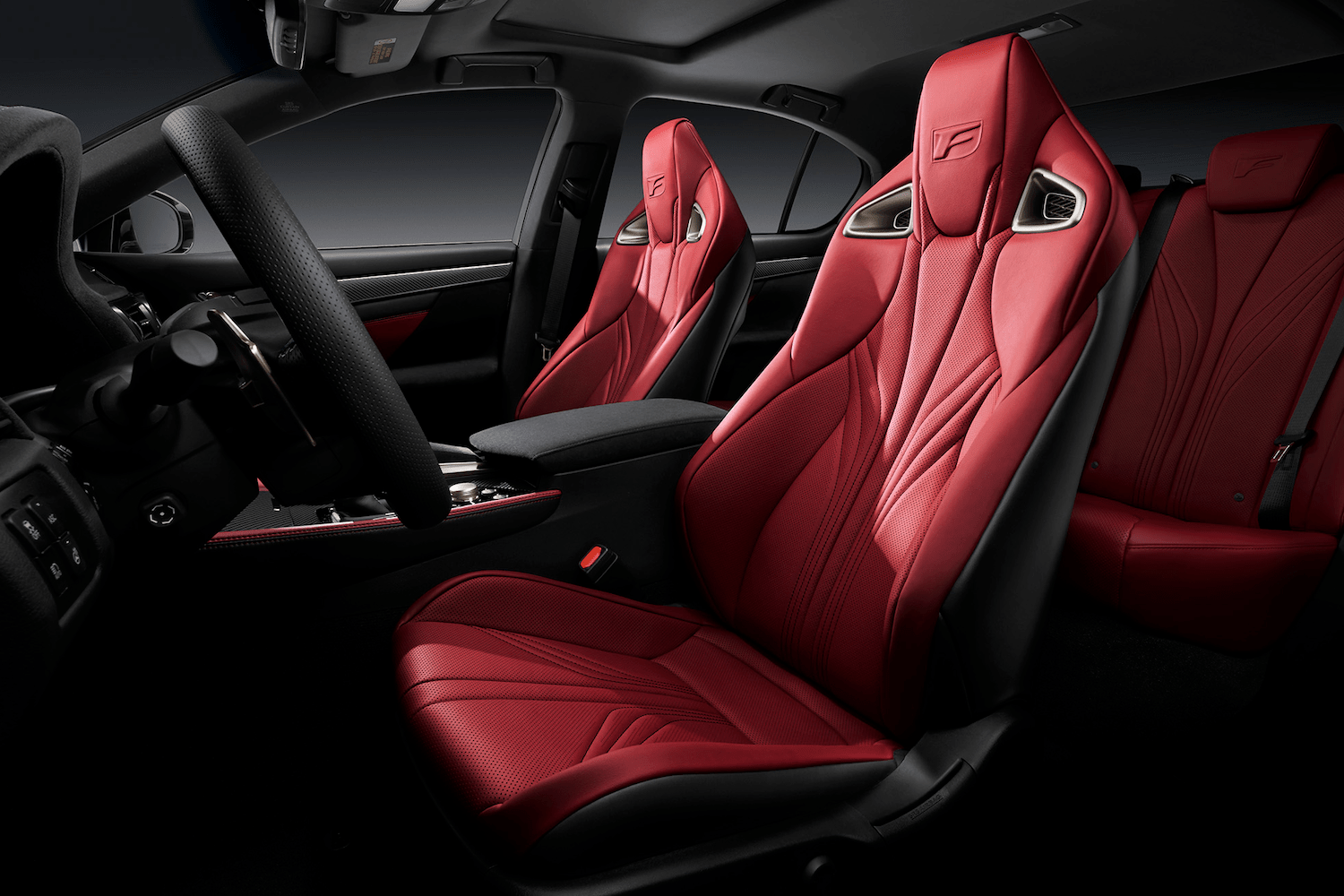 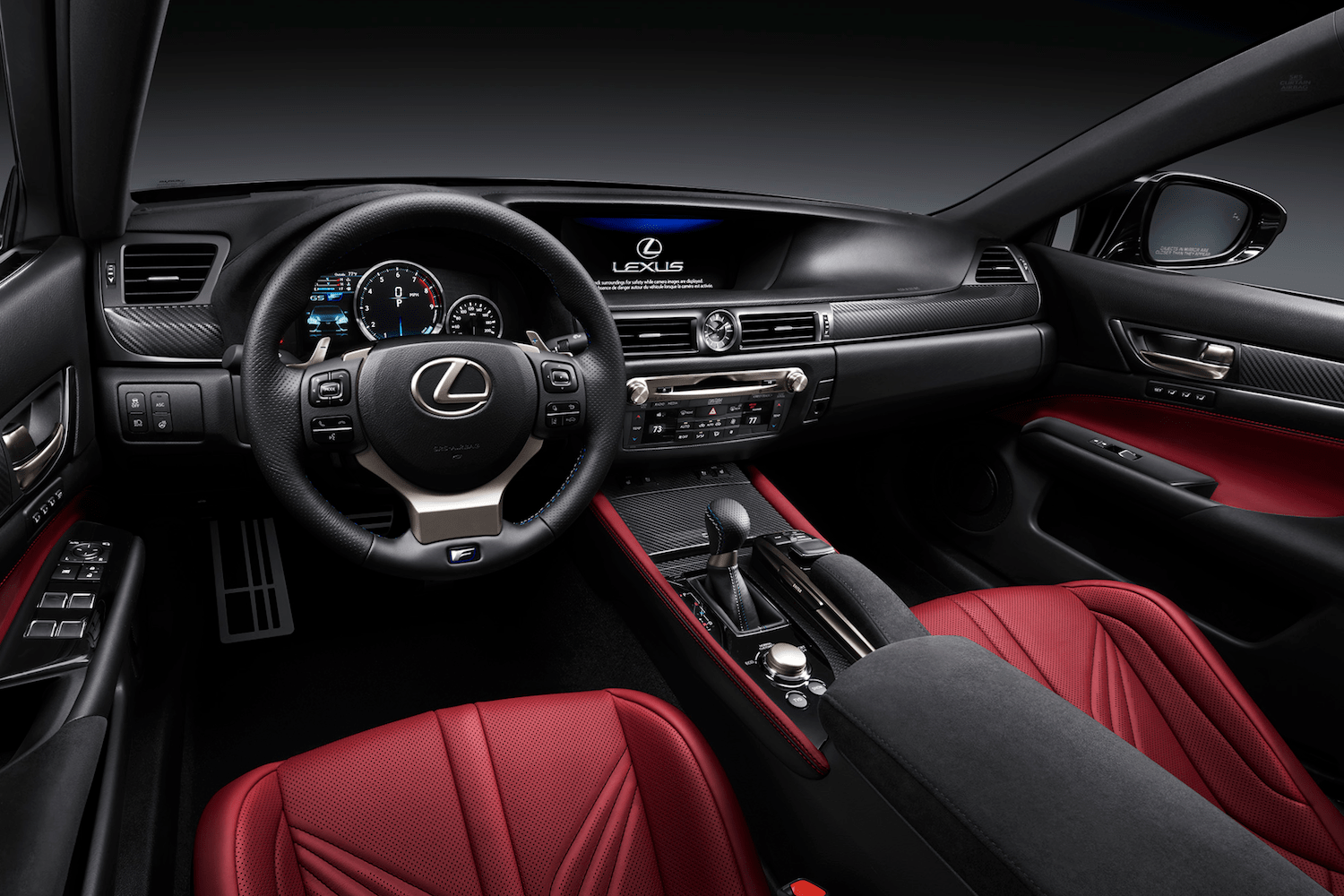 Naturally, as a slight eccentric, the two-ton door-slammer had a couple of kinks in its get-along.

Up front, long, diagonal fake exhaust-vents marked the backside of the front fenders, while unusual quad exhausts – set at an angle with one on top of the other – spiced up the rear.

Regardless, the GS F remains Lexi’s best-looking, most thoroughly developed vehicle, I think, with the artsy, free-spirited LC coupe a close second.

The fire that provides much of the F’s warmth comes from an intoxicating 5-liter V-8 that drives the rear wheels with Detroit-like thunder.

It delivers its broad range of power with a Woodward Avenue snarl and a decided torquey wiggle in the rear as the tires scratch for traction all the way to 40 mph.

Sixty arrives in a scant, howling 4.4 seconds, according to Car and Driver, the F pinning its occupants to their seats.

No one will mistake it for a hybrid. Treat it gently and the F might get 16 or 17 miles per gallon.

Meanwhile, the steering, while quick and precise, was predictably modern numb.

Nonetheless, the GS F turned into corners aggressively. Though not razor-sharp like a few of the Germans, the F tears into moderate-speed curves with minimal body-lean.

As you might expect, though, the ride is not exactly Lexus-like, but the GS had more compliance in its wheel-travel than many of its competitors, smoothing out a bit at speed.

Heck, I looked for excuses to take it for a drive. 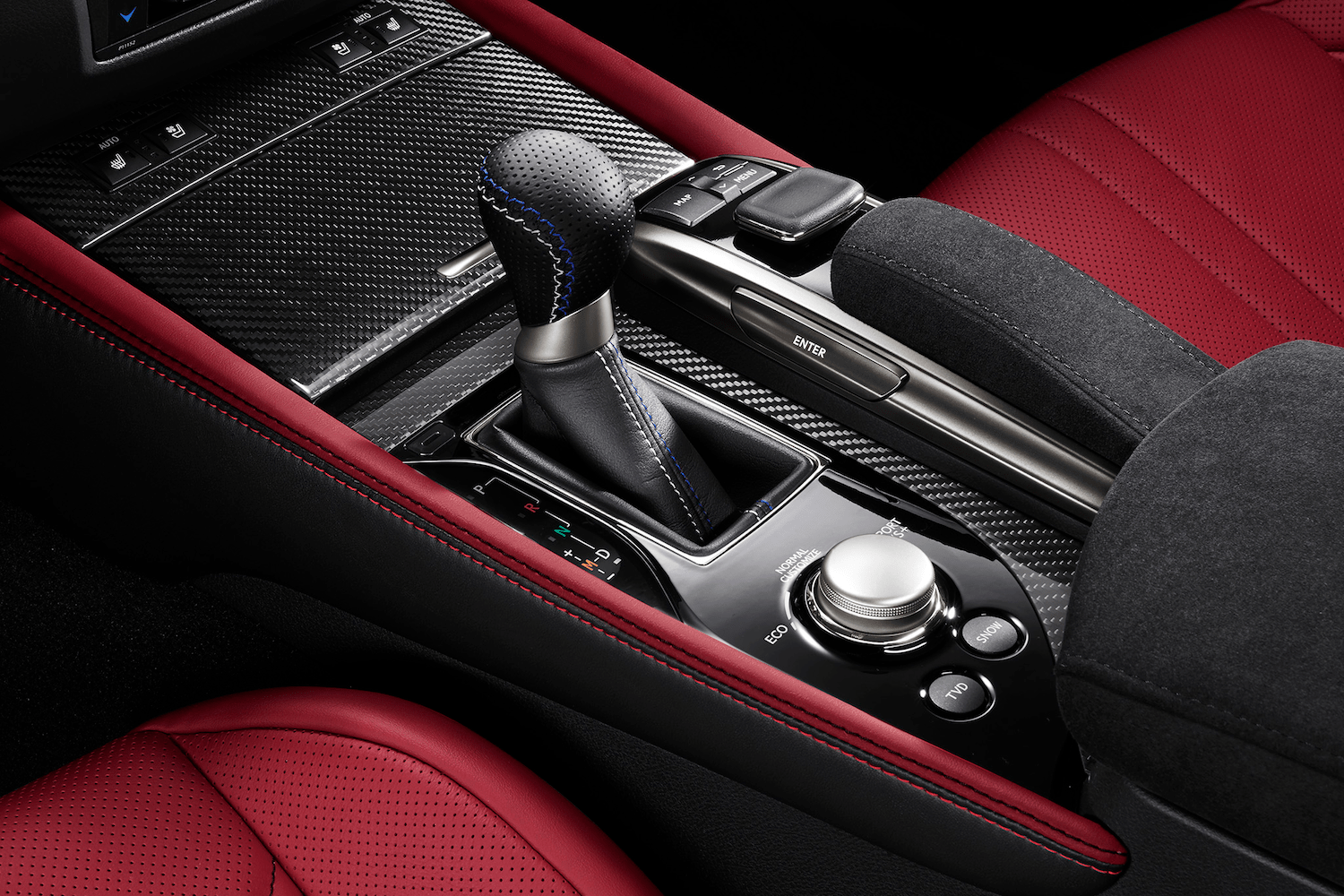 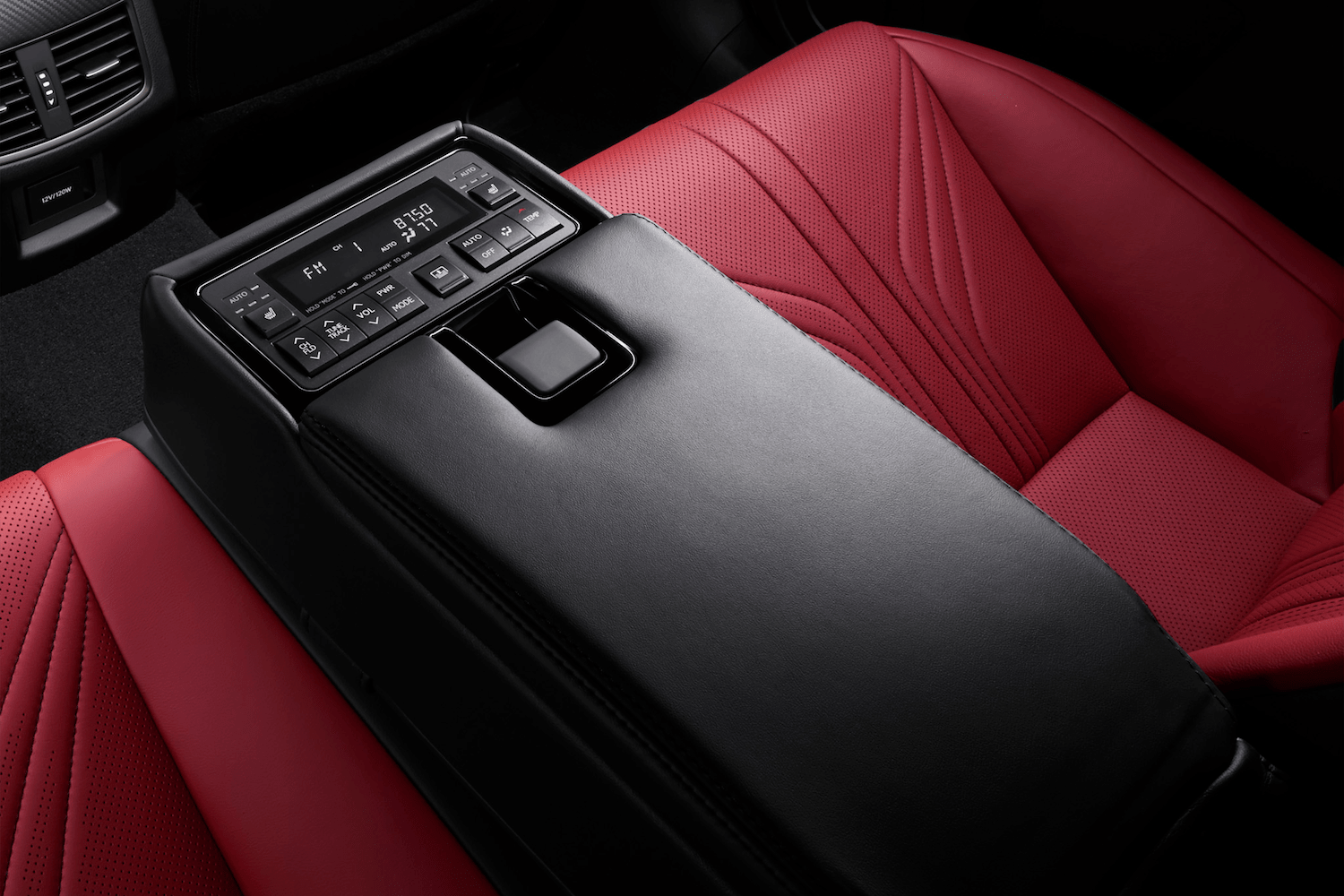 Even climbing into the F was a hot-rod pleasure. Just like some chopped lead-sled from the ‘50s, my F combined an electric-blue exterior with a lipstick-red interior.

However, the big sedan maintained many luxury touches as well. A deep upper dashboard in black suede dropped down to a mid-dash featuring a 12.3-inch display screen.

Unlike way too many European sports sedans, you won’t need to get out the owner’s manual to try to navigate the screen.

A thin, elegant silver band beneath the screen housed knobs for tuning and controlling the Mark Levinson stereo, while buttons beneath it took care of the climate system.

A small mouse on the F’s broad console selected the mode displayed on the screen – audio, climate, navigation.

Moreover, sculpted seats in lipstick-red offered serious support, while a sleek, straightforward shifter on the console changed gears with a satisfying click.

The car also featured a back seat with good leg- and headroom just in case you wanted to play rapid-commute vehicle.

Lexus dealers don’t typically keep a large inventory of vehicles, so few are likely to still have many GS Fs on their lots.

I think it would be worth the search, even with Lexus planning to axe the car. Conservative Lexus pushes all the enthusiast buttons with the special F, a true rarity.

We probably won’t see another one like it again, I predict.