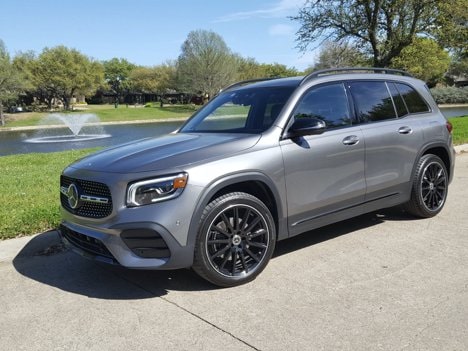 Mercedes-Benz must want to be Ford – with more flash and panache, of course.

Every time I look up, another new Benz like the 2020 GLB250 rolls onto dealers’ lots, ready to battle for affluent buyers in a new segment.

I just wonder when a star-studded Benz pickup will arrive, standing high and wide on 33-inch mudder tires.

Pretty soon, though, Mercedes-Benz – once a largely high-end and even exclusive brand – will offer SUVs or crossovers or whatever for just about every consumer in America.

But, hey, if that’s what people want, at least manufacturers like Mercedes are responding with some crisply carved and polished boxes.

The handsome gray GLB250 4Matic I had recently -- a compact crossover that offers optional three-row seating -- nicely embodied that trend.

Slotting in – or maybe squeezing in -- between the sedan-like GLA subcompact crossover and the more traditional mid-size GLC, the GLB resembles its siblings, but looks fresh enough to stand apart, I think. (I’m still not sure about all those alphabet-soup names, however.)

As you can probably see, the GLB features a big blacked-out Benz-style grille flanked by conventional, classy-looking headlamps. 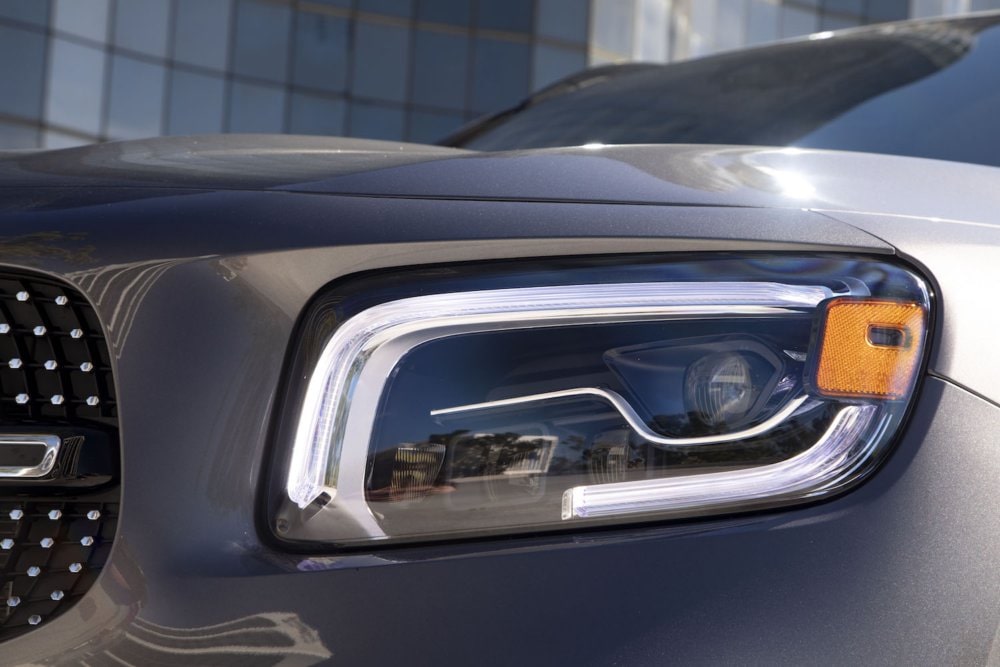 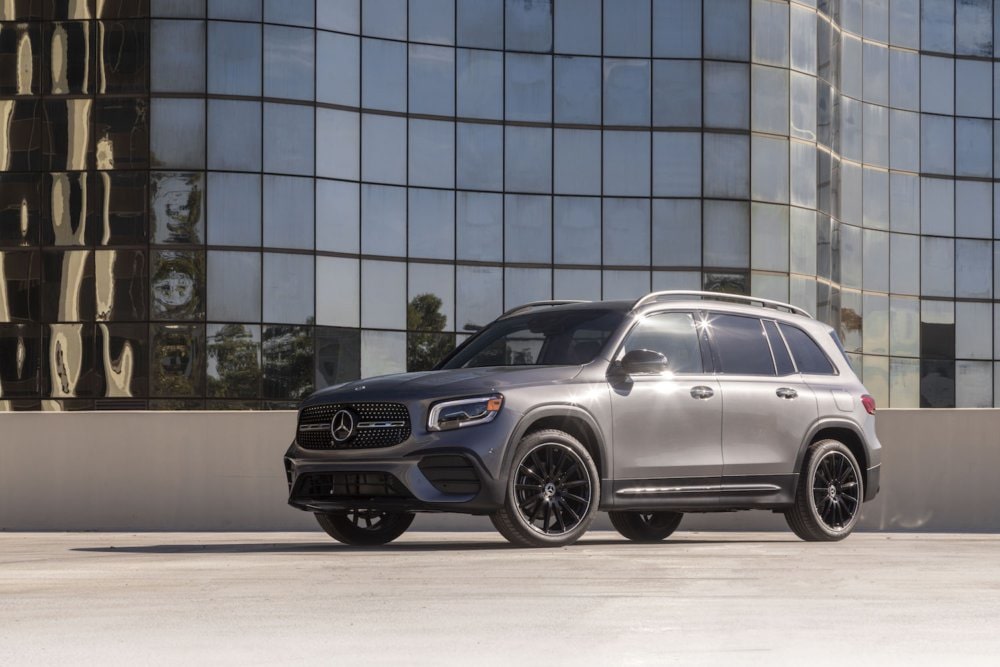 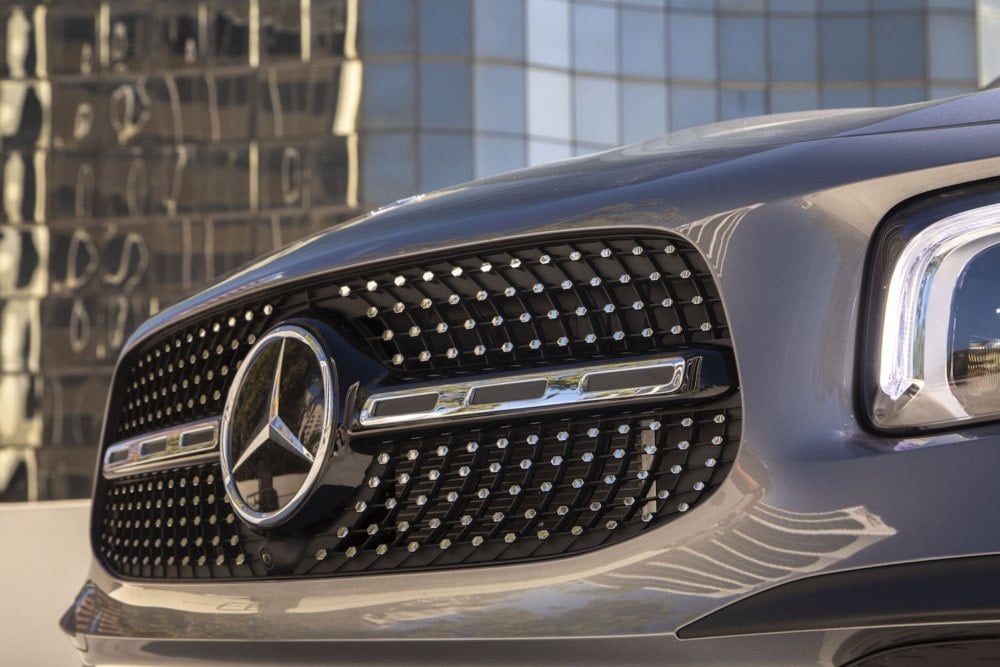 Naturally, it displayed a large Mercedes-Benz star in the center of the grille, pumped up a bit by a broad, slightly raised hood.

The thick sides of the GLB, meanwhile, were refreshingly subtle for a compact crossover, with a low-key curve in the body and a character line down low providing tension and surfacing.

Short overhangs helped, too, though I initially thought the GLB’s large windows looked a bit awkward. I later decided they gave the GLB some utility flair – not to mention good visibility.

Much of the GLB’s appeal, though, came from a salty turbocharged 2-liter four assisted by a well-developed eight-speed automatic transmission.

Although the engine is rated at only 221 horsepower, the GLB is considerably quicker and livelier than the heavier Land Rover Discovery Sport, which has 25 more horsepower.

The all-wheel-drive GLB jumps away from stop lights, its 258 lb.-ft. of torque providing a good wave of power. 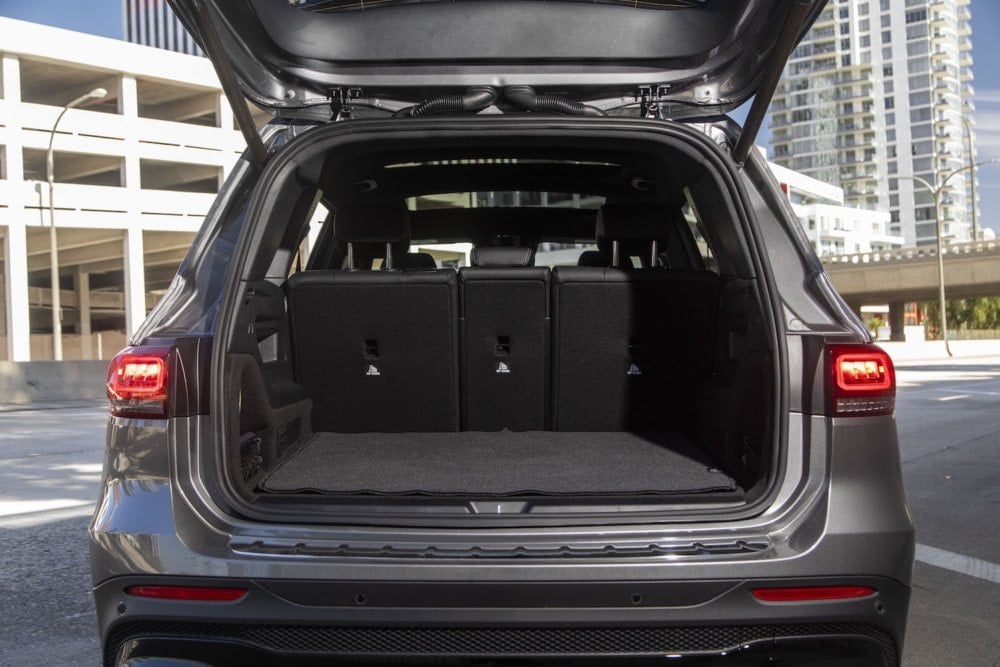 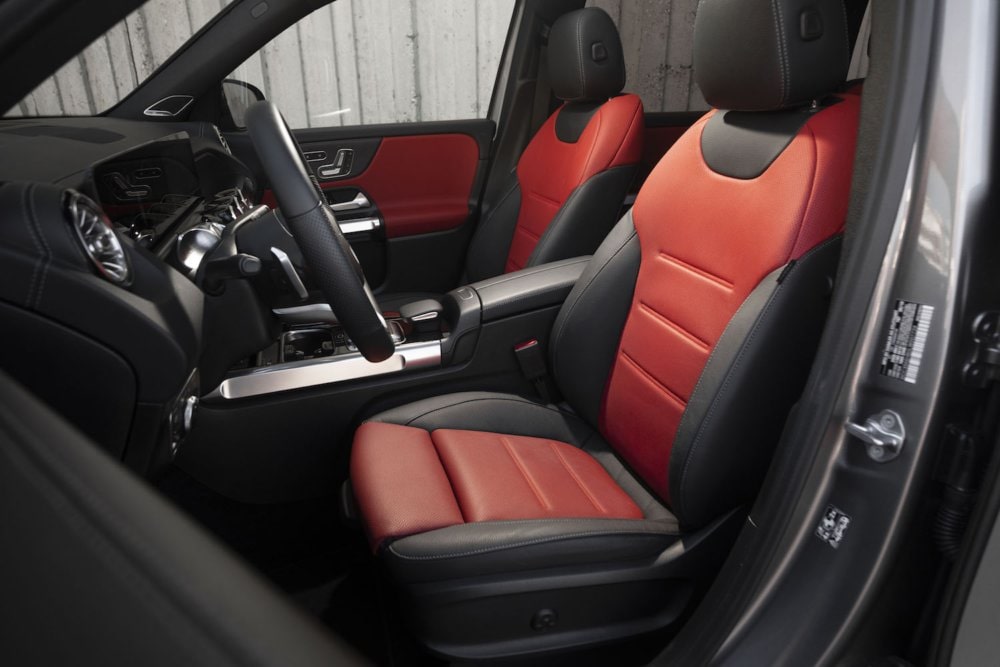 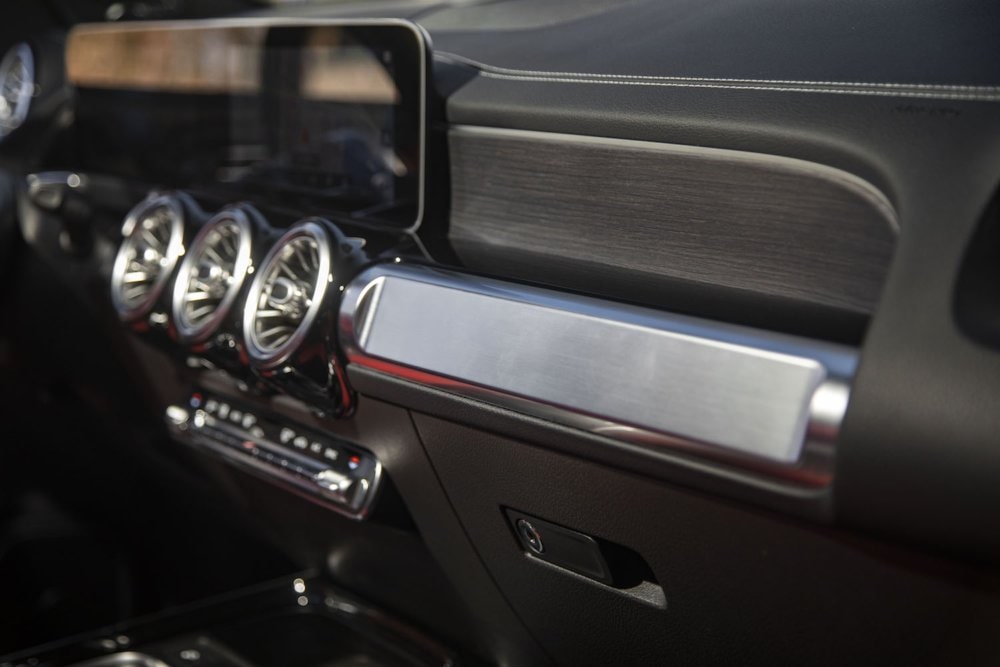 Despite a touch of turbo-lag down low, the Benz shakes that off pretty quickly, winding up with a muted growl on its way to 60 mph in a swift 6 seconds flat, according to Car and Driver.

In addition, the GLB is rated at an overall 26 miles per gallon in fuel economy.

Its eight-speed automatic contributes heavily to the GLB’s impressive performance, holding gears longer under acceleration and intuitively downshifting when approaching corners at speed.

While the GLB was hampered a little by oddly numb steering and some body-lean, it handled most corners with confidence and stability.

Occasionally on some rough urban streets, it would get a bit fidgety, but mostly it rode with fluid firmness.

Its red-and-black interior, for example, looked as upscale as the exterior, employing the same ultra-modern instrument panel and video display as larger Benzes.

The highly horizontal 10.25-inch screens are placed side by side, kind of resembling a long, thin black box clinging to the mid-dash.

They come alive with color at a touch of the start button, with the infotainment side of the box offering a Burmeister stereo, Android Auto and Apple CarPlay, as well as a score of safety features. 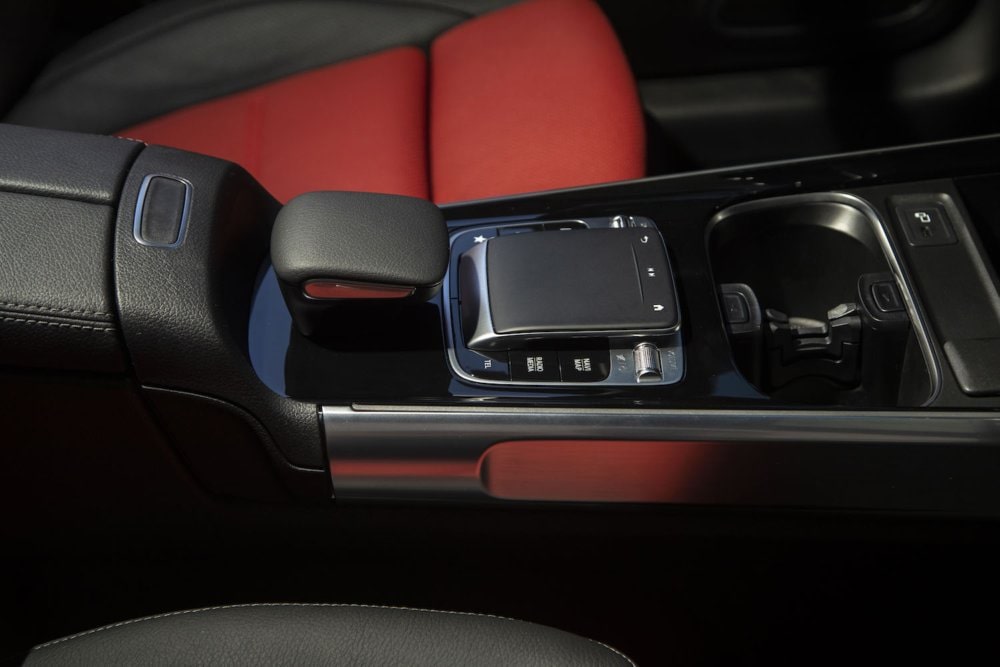 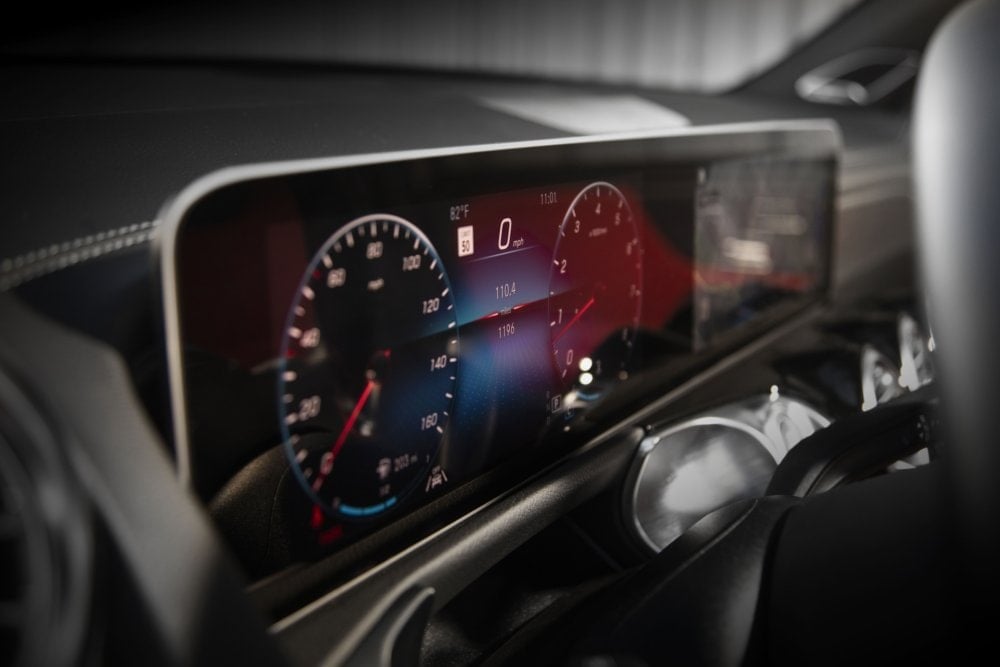 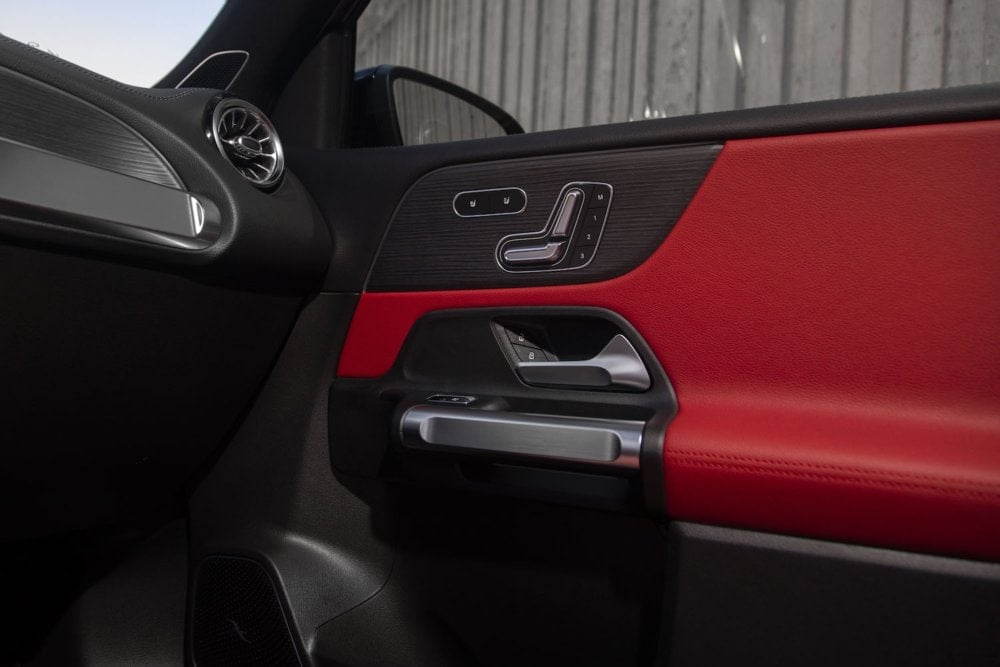 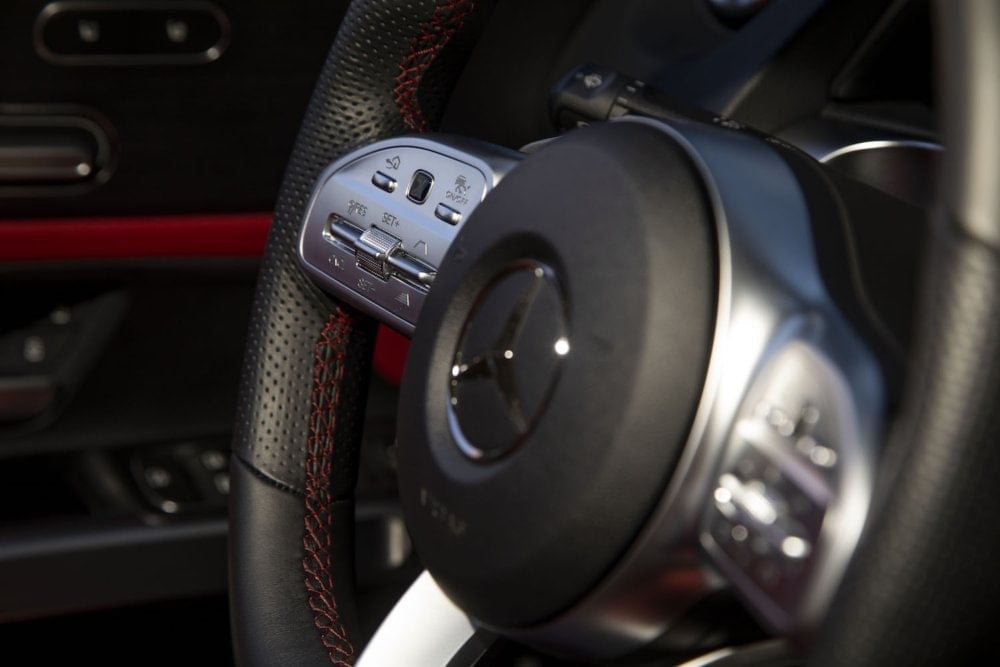 The screens appear to sit on a shallow shelf trimmed in dark wood and accented by a thin blue light.

Like most Benzes now, the GLB had a thin stalk on the right side of the steering wheel as its shifter for the transmission, a modern version of three-on-the-tree, I suppose.

My favorite part of the interior was its retro red-and-black seats, featuring perforated lipstick-red centers and black bolsters.

Matching them were flat-black door panels with padded red centers.

Though leg- and head-room in back was ample, I presume things get a bit tighter if you opt for the third row of seating – which my Benz did not have.

If the GLB is a good example – and I think it probably is – Mercedes might have the right formula for keeping its multitude of vehicles special: good design, strong performance and excellent content.

But I still have my doubts about a Benz pickup truck.