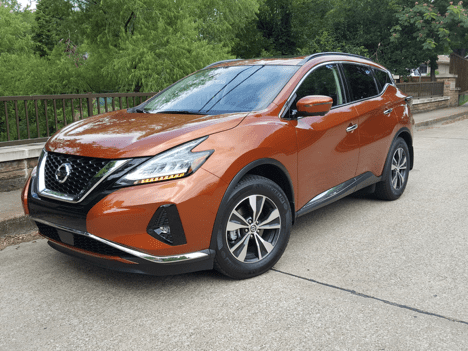 Even after five years, the Nissan Murano still looks like that kid in school who mixed madras with pinstripes and high-top red P.F. Flyers.

It’s about as subtle as a two-alarm fire – just like that kid, who for all I know, may be signing my checks these days.

Suffice it to say that the 2020 Murano SV I had recently seeks distinction, striving to stand out in the brutally competitive mid-size crossover segment.

In fact, Nissan thinks of the Murano as a luxury or near-luxury vehicle that plays to some drivers’ need for an engaging, well-designed crossover that is just different.

Depending on your perspective, my UT-orange Murano either offered a blend of style elements meant to be all hip and urban loft, or it wore a clumsy mish-mash of odd looks about as special as mustard.

I’ll leave that conclusion to you.

At the very least, I give Nissan points for effort. My Murano started slowly, confronting the world with one of the automaker’s signature mid-sized blacked-out grilles trimmed along the edges with a chrome collar.

Adding a bit of spice were a couple of large, somewhat exaggerated headlamps.

Both were topped by a short, broad hood and held together by zippy sides featuring free-flowing character lines and some pronounced – and strange -- surfacing around the rear fenders.

Just to keep things interesting, I guess, the Murano’s roof appeared to “float” slightly above the body, separated by a black band between the body and roof. 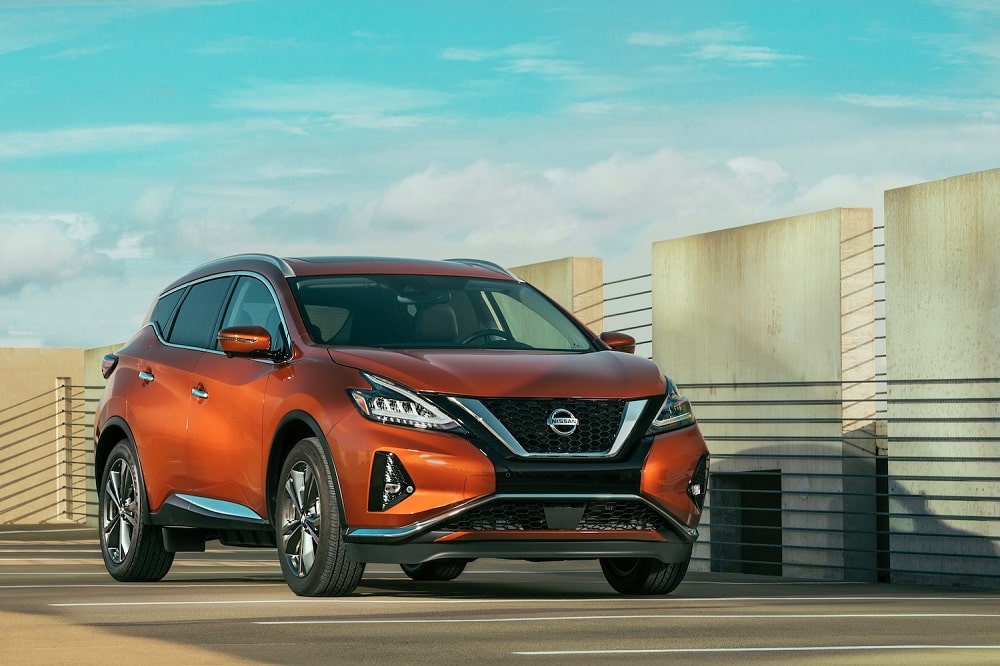 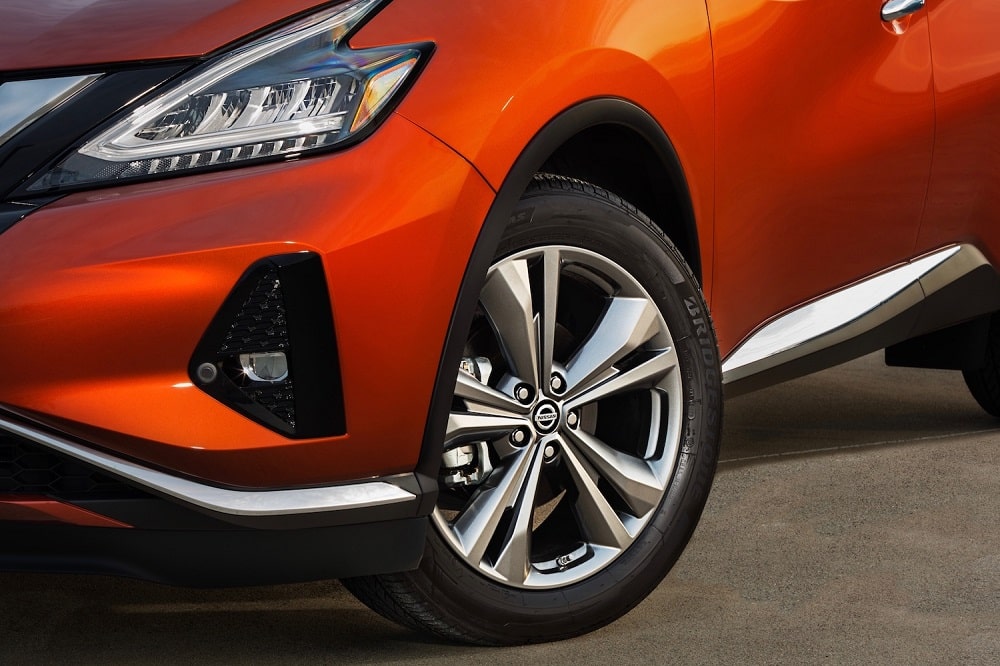 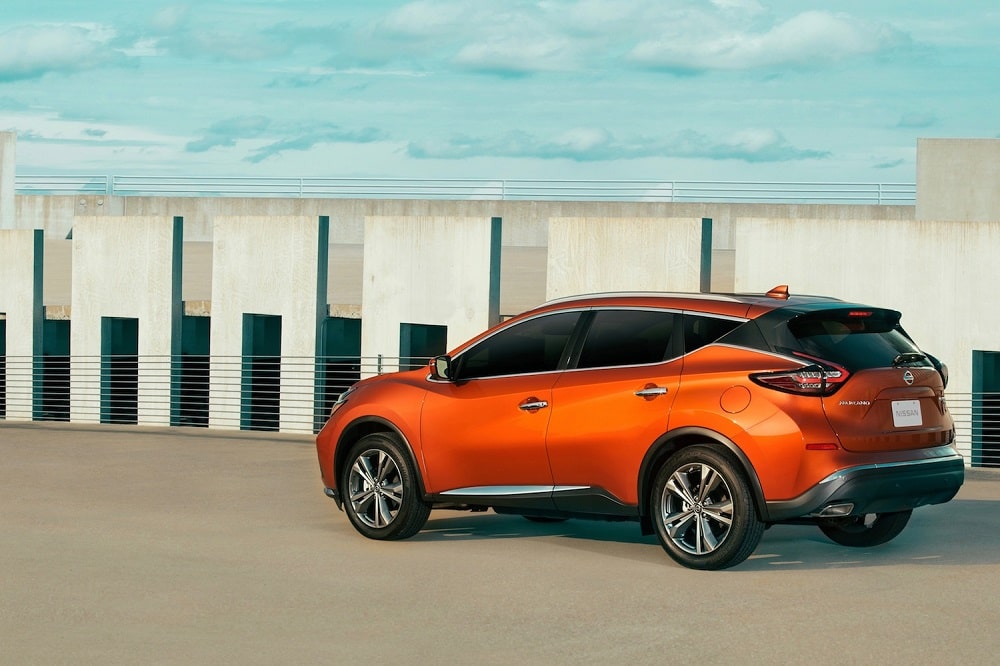 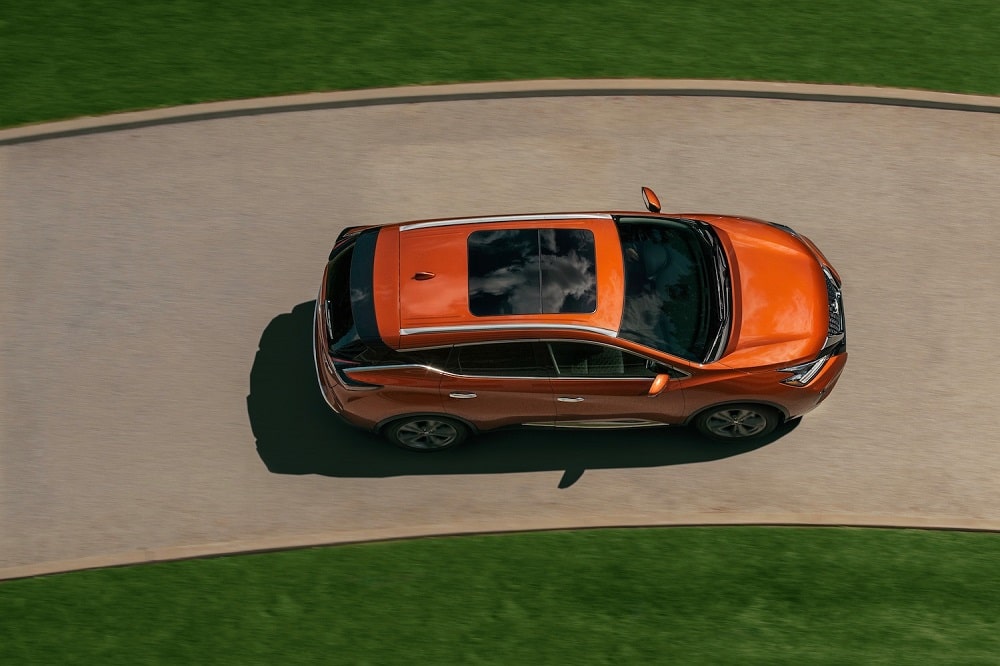 And, hey, who doesn’t want a floating roof on their crossover – as long as it doesn’t come loose at speed?

Still, I gave the Murano a few more points for its venerable, normally aspirated 3.5-liter V-6 – rather than some tiny four-cylinder with two turbochargers, several intercoolers, a bunch of gears and a tall job description.

The tiny turbo might ultimately make more horsepower or torque, but it won’t feel as smooth or as happy doing every-day work as the big V-6.

Unfortunately, Nissan chose to give the Murano a fairly tepid version of the 3.5 producing only 260 horsepower and bolted to a continuously variable transmission (CVT).

Around town, it felt willing and lively enough, pulling away from stops with confidence and even a little verve.

But flat out – in situations where you must merge onto an 80 mph freeway – the Murano seemed pretty flat.

Although it can accelerate to 60 mph in an acceptable 7.3 seconds, according to Car and Driver, the Murano’s confidence frayed under hard acceleration and the CVT brayed.

Even the vehicle’s overall fuel economy of 23 miles per gallon struck me as pretty unexceptional.

Likewise, while the Murano seemed relatively sure-footed in moderate-speed corners, it suffered from numb steering that constantly reinforced its crossover status.

However – and this is an important exception – the 3,900-pound Murano rode very nicely, stepping over bumps small and large with a fair amount of sophistication. 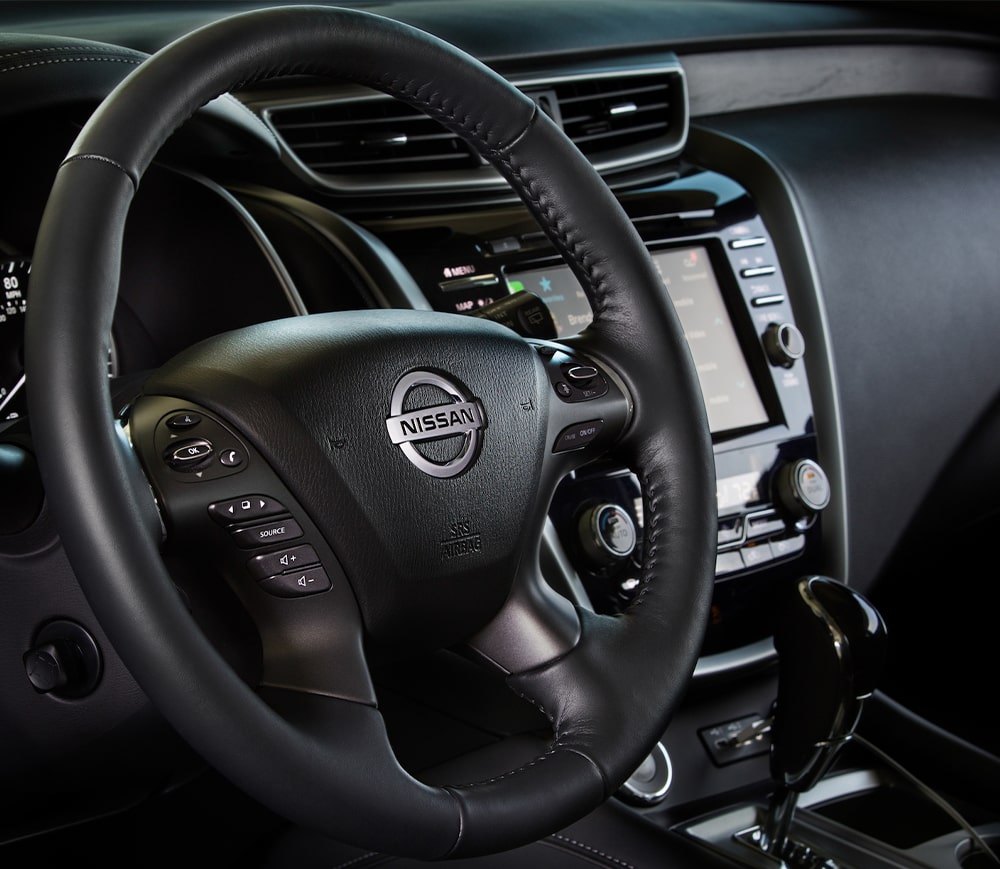 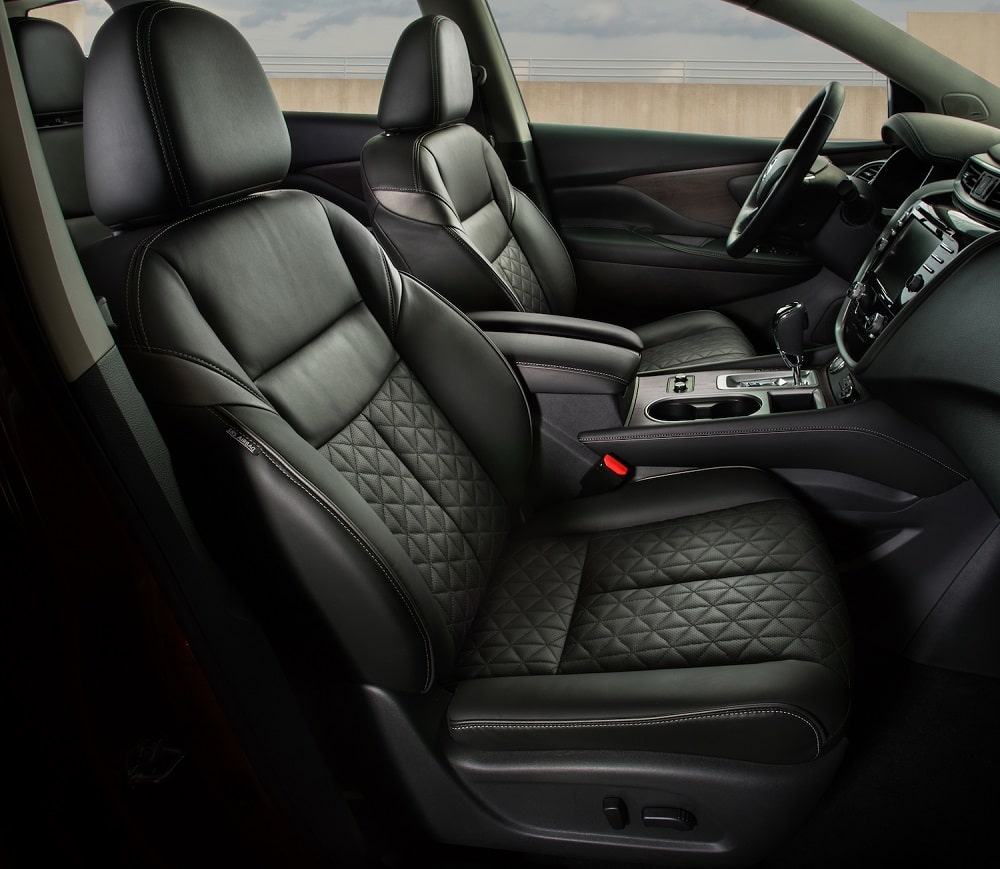 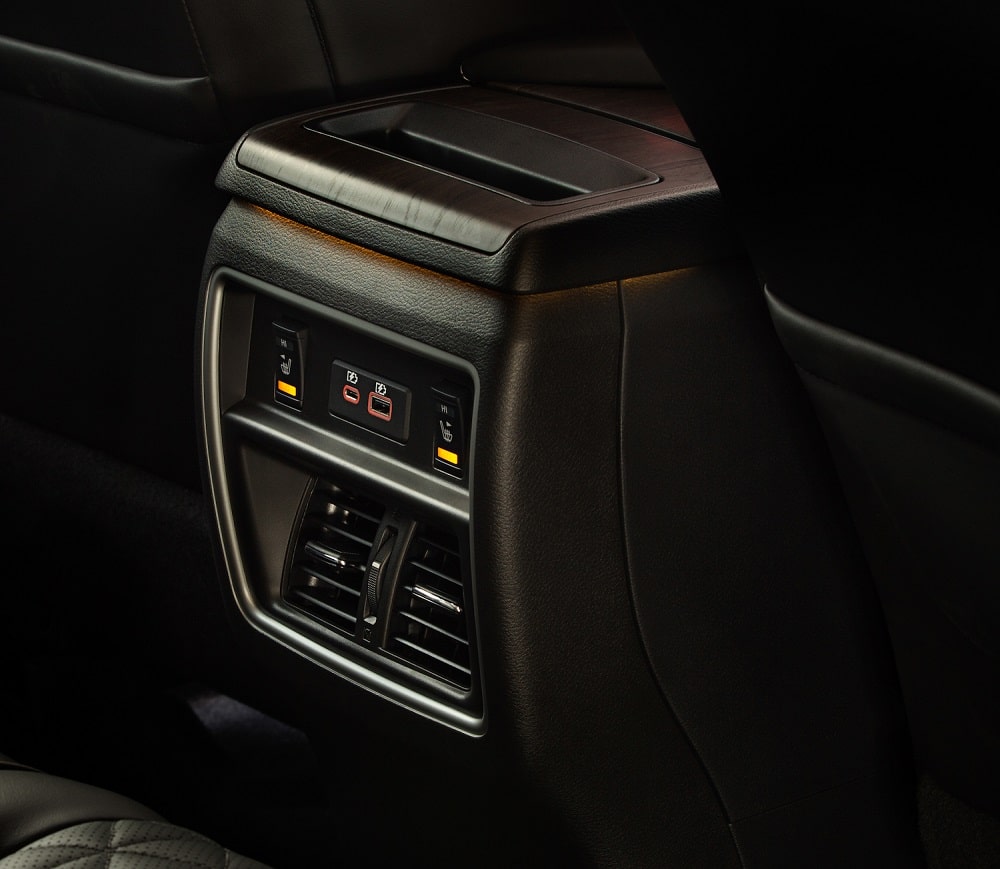 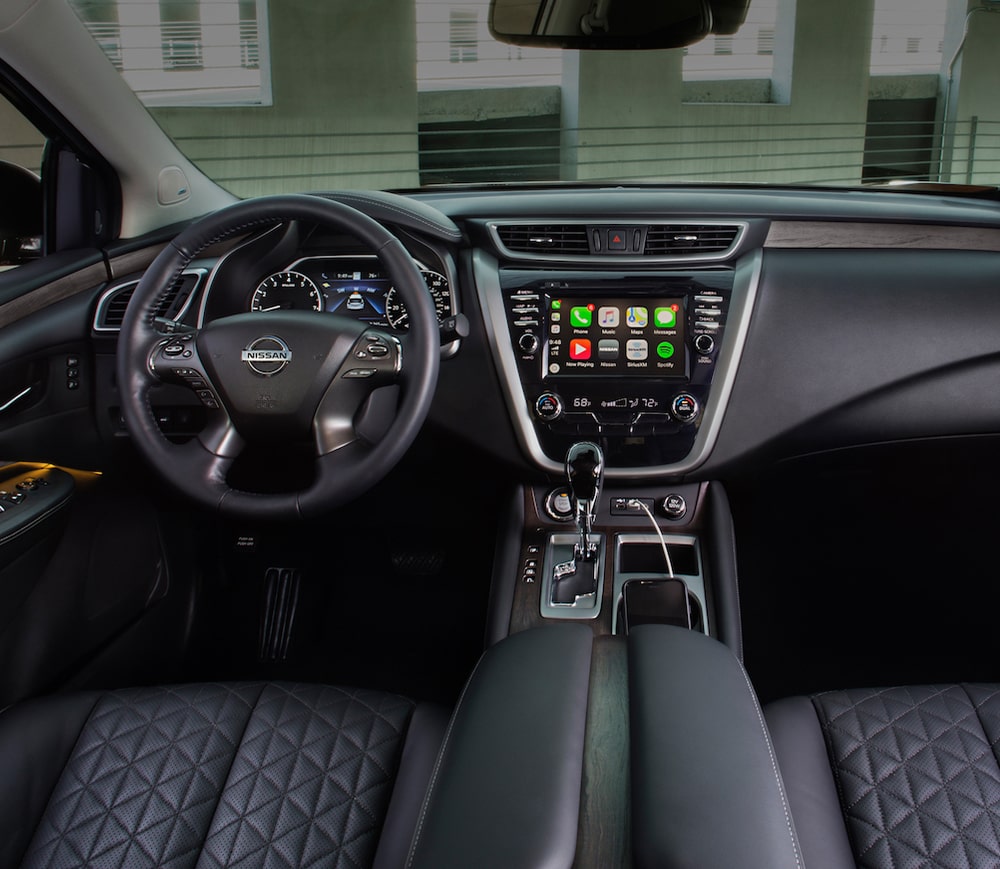 Like the exterior, the Murano’s black interior curved and swooped aggressively, with the upper dashboard dropping down onto a busy and somewhat dated mid-dash.

It curved around a prominent center-stack and 8-inch display screen, but the somewhat stale stack was functional, offering knobs and switches for its controls.

In addition, the upper dash was stitched in smooth, upscale-looking material, wrapping around the base of the windshield onto the vehicle’s plastic door-panels.

Though the black panels got some relief from a big swath of silver trim, they didn’t look particularly upscale even with the nice upper panels – nor did the Murano’s rent-car gray headliner.

However, Nissan’s interior guys showed some imagination with the Murano’s seats, stitching them in a smooth, flat-toned black.

And despite its relatively compact size, it provided good leg- and head-room in back.

My Murano SV arrived with a few options, among them a $395 charge for the vehicle’s “premium” paint as well as a “premium interior package” ($2,350).

In the end, though, I question whether the Murano is special enough to warrant a premium price.

Designed in California, the Murano was Nissan’s first U.S. crossover in 2002 and has been around in its current guise since 2015.

Maybe it’s time for cash-strapped Nissan to rethink the Murano’s mission – as well as its sheet metal.