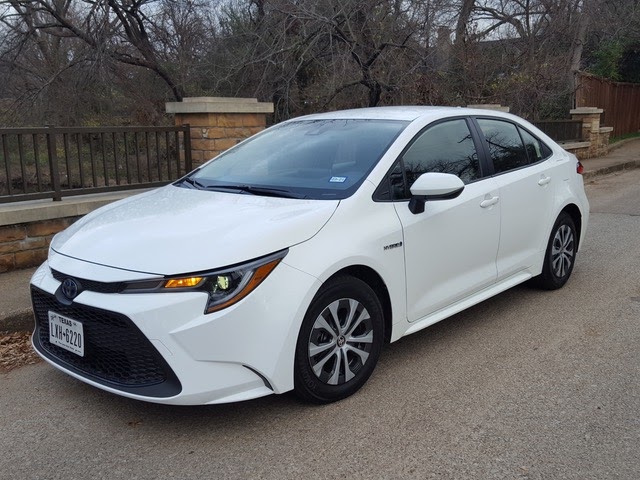 Think of the humble Toyota Corolla Hybrid as half a Tesla without the buzz or spark of amped-up electric hype.

It doesn’t seem to mind.

Sure, the 2020 Corolla – the first Corolla Hybrid available in the U.S. – lacks sleek lines, big wheels and all the noisy green cachet that accompanies Teslas, but the Corolla can run in electric-only mode at some city speeds, and most important, you won’t find a recharge cord in its trunk.

More room for beer and minor grocery items like meat and bread, I say.

Hybrids, as you may know, use an electric motor to assist a vehicle’s gas engine, employing the instant torque of the electric to silently get moving from a stop.

Gas engines guzzle fuel when trying to shove a vehicle into motion – like the energy you expend trying to get your foot-dragging, digitally addicted teenager moving.

With help from an electric boost, gas-powered hybrids spew fewer emissions and get better fuel economy than conventional vehicles – 52 miles per gallon overall in the Corolla Hybrid, matter of fact.

Incidentally, that gives the Corolla Hybrid a range of 686 miles, twice that of a Tesla, and the lowly Corolla doesn’t need hours to refuel.

In addition, it doesn’t have to be recharged, period, drawing electricity for its batteries generated by the gas engine and the brakes.

Beautiful, though, it’s not.

However, the refrigerator-white Corolla LE I had was fairly attractive in a spare, austere way, drove well and was inexpensive ($24,000). 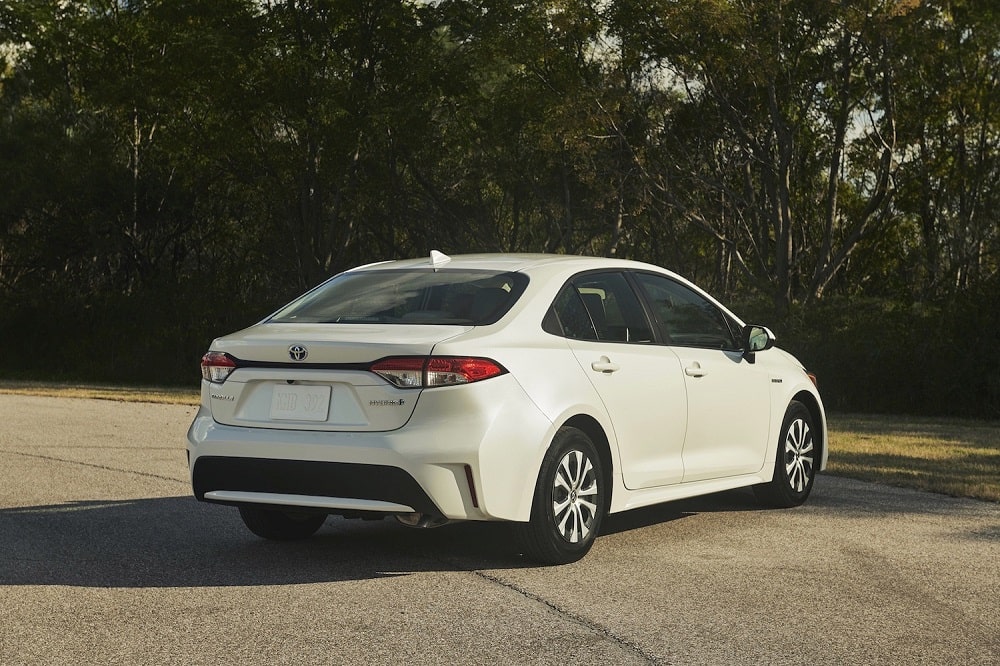 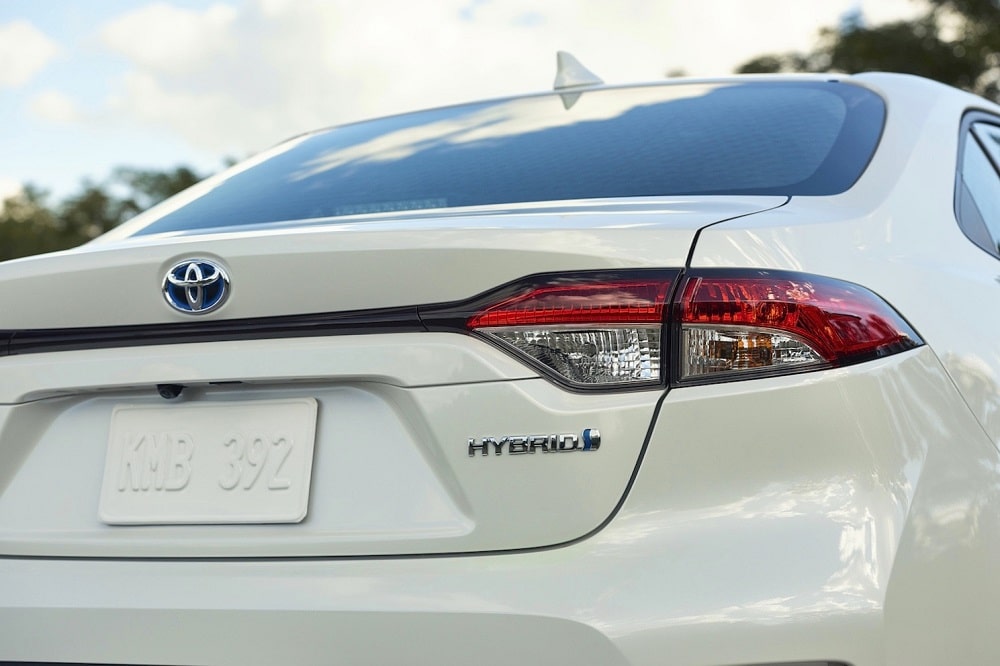 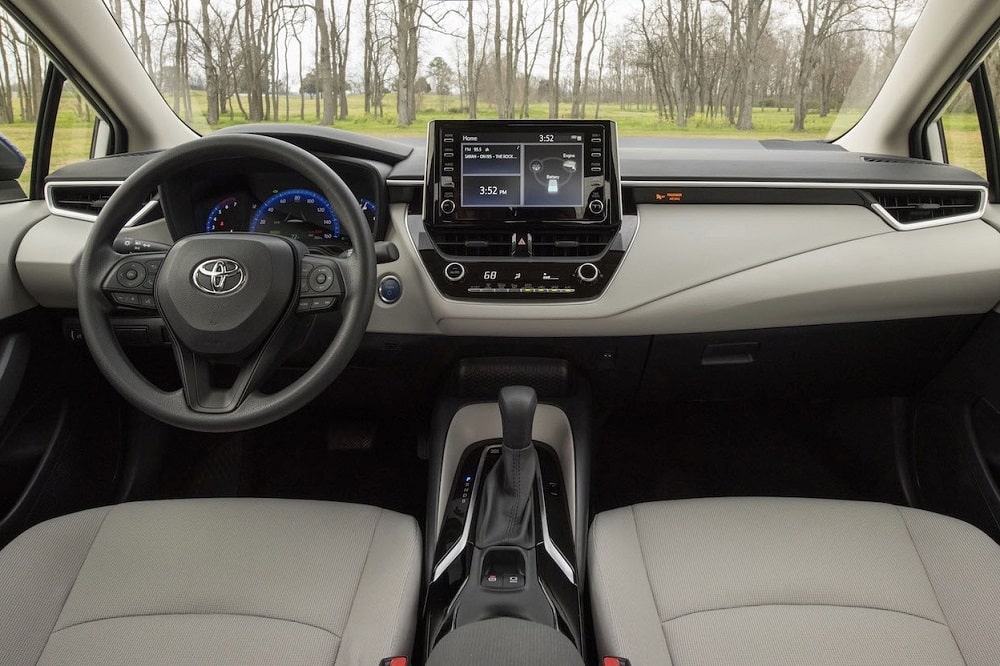 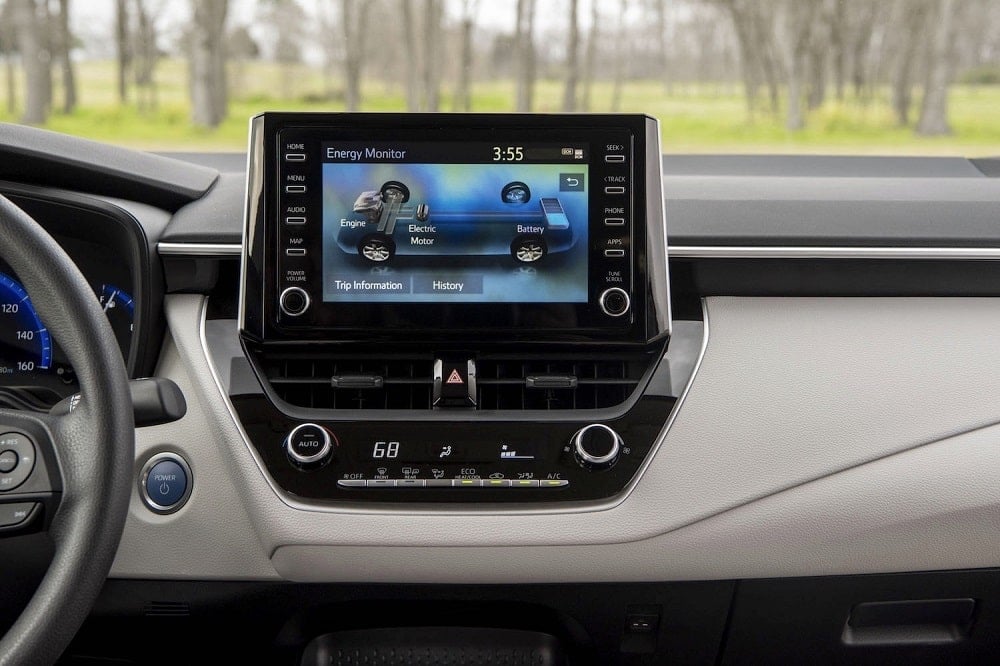 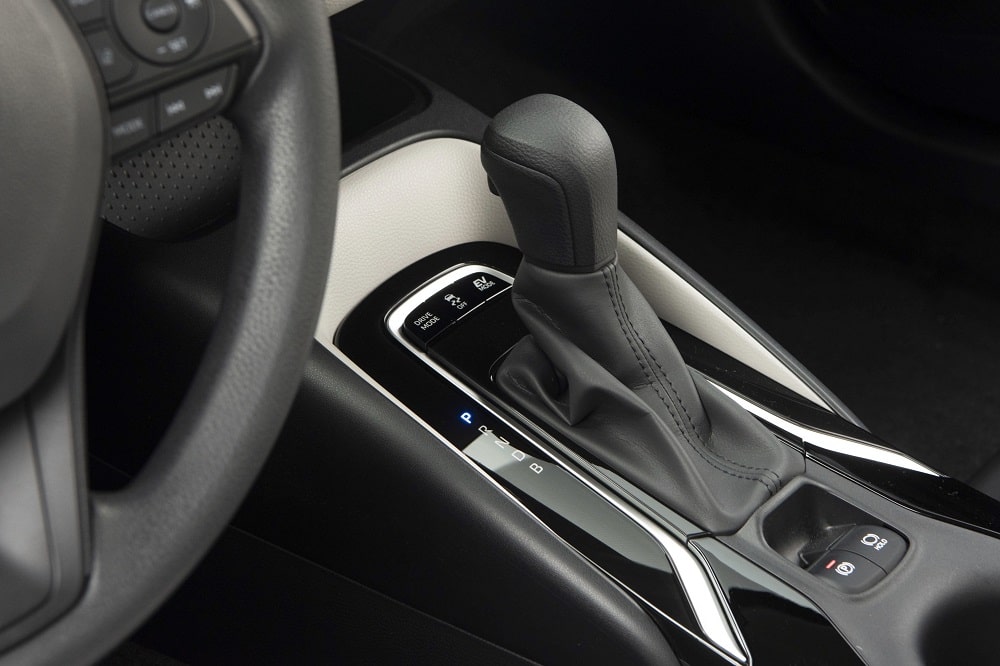 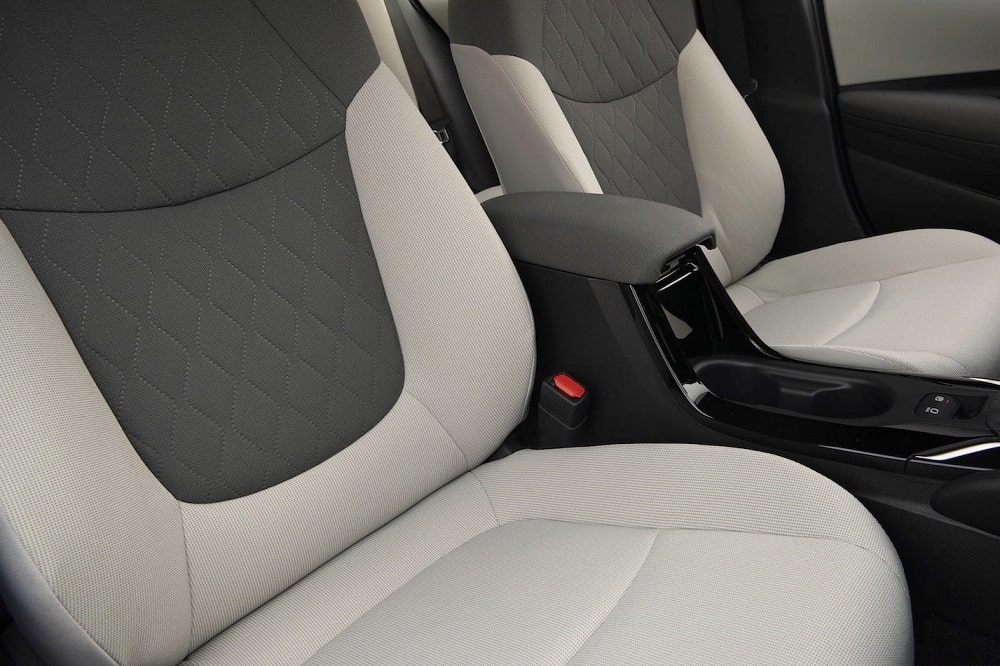 Like most Toyotas, my Corolla was beset with one of those gaping, blacked-out fish-mouth grilles that look slightly alien.

It got better, though.

Just above the exaggerated grille were aggressively slender headlamps connected by a good-looking band that gave the Corolla a contemporary – rather than a purely odd – vibe.

Also helping some was a longish hood that curved down onto the headlamps and smooth sides that curved slightly down low, giving the body a bit of verve.

Unfortunately, in the name of fuel economy, the Corolla’s restyled body rode on weenie-15-inch wheels capped by silver spoked hubcaps and wrapped around skinny low-drag 185/65 tires.

They sort of fit the Corolla’s modest output.

Powered by a 1.8-liter four-cylinder and two electric motors making a total of 121- horsepower, the Corolla won’t win many red-light races.

Around town, however, its electric motors provided a smooth, satisfying little push away from stops and kept the torque whirring along up to 40 or so.

Moreover, the electric motors are tuned to kick in periodically at higher speeds – rather than just at stops -- resulting in frequent electric-only cruises at speeds above 40 on flat surfaces.

As a result, the Corolla’s highway mileage is about the same as its city mileage – unlike older hybrids.

In more aggressive driving, though, even with the anemic gas engine fully awake and helping out, the 3,000-pound Corolla felt flat and dispirited, accelerating to 60 mph in 8 seconds, according to Car and Driver.

It wasn’t helped by the compact sedan’s continuously variable transmission (CVT), which moaned and brayed more than similar belt-and-pulley boxes from Nissan.

However, I was almost willing to overlook the Corolla’s uninspired performance because of the promise of its stiff platform and multilink rear suspension.

They gave the Corolla quick, athletic moves, making it a pretty pleasant car to just whip around town in.

While the steering was unremarkable, it felt light and precise, and seemed to fit the Corolla pretty well.

Likewise, the black interior looked at first glance like a black plastic tub, but, hey, it was a tub with some character.

A deep, flat dashboard in pliable black plastic, for example, rolled down onto a protruding mid-dash that featured an 8-inch touchscreen shaped like a digital tablet.

The Corolla – whose price was roughly $10,000 lower than an average new vehicle – offered an array of safety systems, including pedestrian detection, radar cruise control and lane-departure warning.

Meanwhile, black-cloth seats with reasonable room in back played yin to the yang of hard black-plastic door panels.

Not too surprising, my Corolla had one main option, $249 for the carpet-mat package.

Granted, the Corolla Hybrid I had recently was not even half as exciting or luxurious as a high-tech all-electric Tesla.

But it’s a heck of a lot more practical commuter-car, allowing its driver to smirk at gas pumps for hundreds of miles – just like a Tesla.