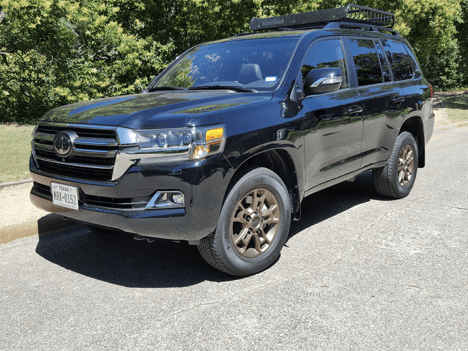 Imagine what the neighbors would say if a large, unremarkable Toyota – a Toyota – eased through the gates of your exclusive subdivision.

A few might wonder with a shudder if the cousins from Des Moines or Dalhart had arrived for another noisy visit.

Some, however, may exclaim “wow” if the Toyota in question is a 2020 Land Cruiser.

Easily one of the more unusual trucks Toyota builds, the gritty near-$90,000 Cruiser probably has more heritage than most of Toyota’s current trucks combined.

Still, it took me awhile to, uh, fully appreciate the Bruiser Cruiser.

Powered by Toyota’s aging 5.7-liter V-8 with 381 horsepower – essentially the same engine Toyota unveiled it in the all-new 2000 Tundra 20 years ago – the throaty engine still feels as if it will run indefinitely.

Nonetheless, the only people wowed by my metallic black Land Cruiser Heritage Edition seemed to be the few who knew what it was -- a relatively surprising number given the Land Cruiser’s miniscule 3,536 sales last year.

(It is popular in Africa, though, where it is sometimes pressed into rugged desert-duty by factions in the fighting there.)

You won’t see much of that sand-and-bullets mystique in the current truck, though.

Meanwhile, a slightly raised hood with a nifty recess in the center tops mostly flat sides carved by a subtle line above the door-handles.

The rear fender, meanwhile, wore a squared-off shoulder, while a line at the bottom of the body tightened it slightly.

Though the 6,000-pound SUV perched on slotted, anodized 18-inch wheels wrapped with 265/60 tires, I thought its best feature was a nifty thick metal luggage rack – a direct tie to its heritage.

As you may know, the Cruiser is the second longest-selling SUV in the U.S., behind only the Chevy Suburban.

Unlike the modern, fairly polished Suburban, the Land Cruiser drives as old-school as it looks.

Although solid and rattle-free, it shifts frequently from side-to-side as it moves down old urban streets, offering occasional bucks to accompany the yaw. 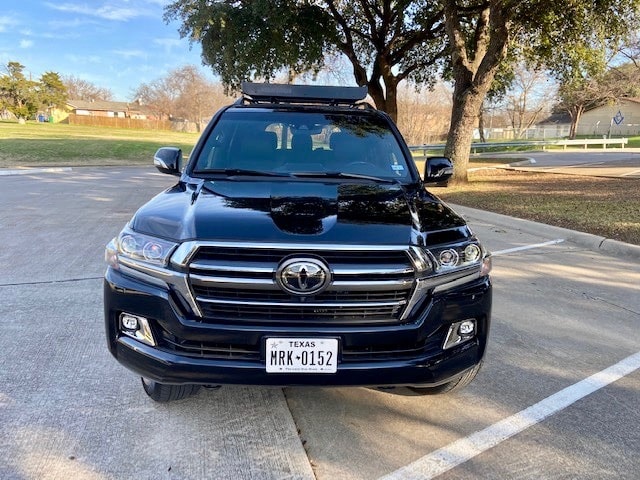 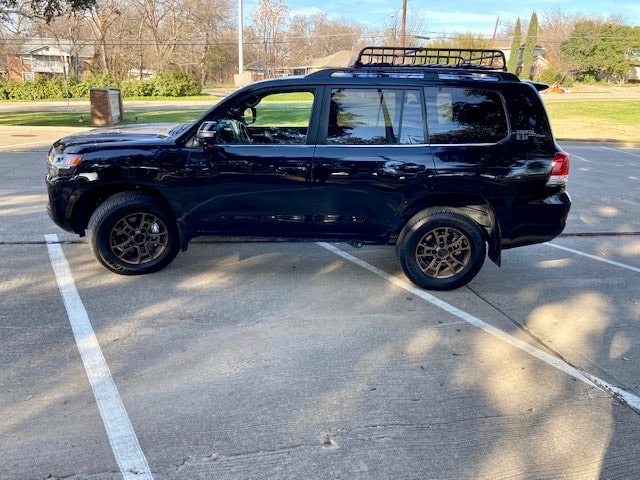 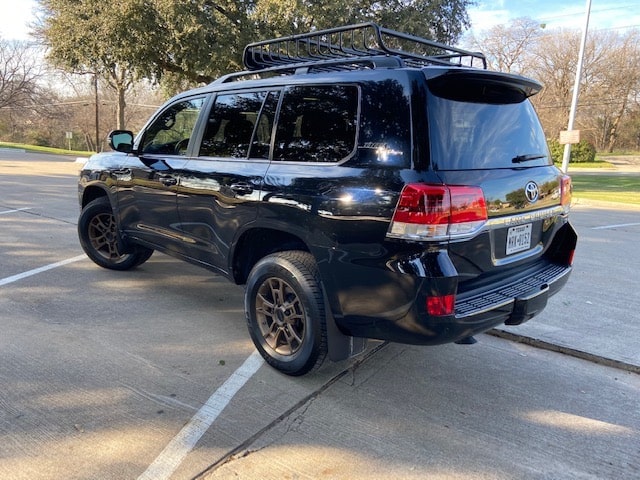 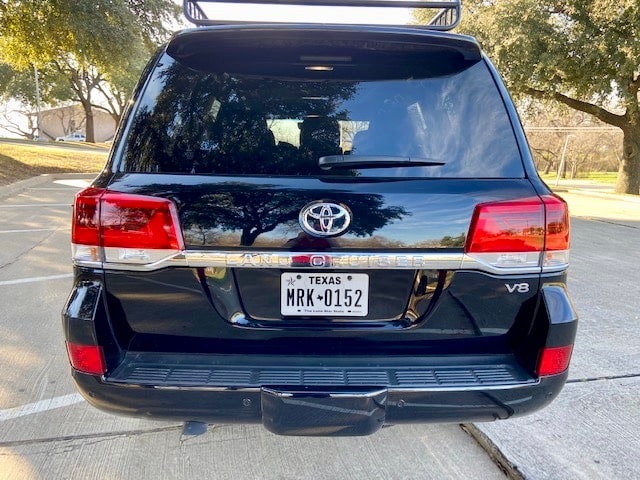 Moreover, the steering seemed heavy initially, almost as if it lacked full hydraulic assist. It improved with speed, but come on, variable-ratio steering is available now in sub-$20,000 compacts.

At least Toyota’s graybeard V-8 can still shove the truck around with some authority, generating plenty of low-end torque and a nice exhaust note.

Push it hard and the gas swilling motor (14 miles per gallon overall fuel economy) can rumble to 60 miles per hour in a respectable 6.7 seconds, according to Car and Driver, its relatively modern 8-speed automatic clicking positively through the gears.

The truth is, paved surfaces are a small part of the Cruiser’s long, rich story.

Despite its considerable size and weight, the Cruiser puts a high priority on off-road capability.

Among the many down-in-the-dirt features my Cruiser offered were full-time four-wheel-drive with locking limited-slip differential; crawl-control; a two-speed transfer case; hill-descent control; and multiple skid plates.

Let’s be honest here: Plenty of luxury and near-luxury full-size crossovers can do just about as much off-road capabilities with far more acceptable driving experiences.

They aren’t Land Cruisers, though – and that’s clearly part of the truck’s heavy-metal appeal. Like the exterior, the Cruiser’s black interior felt fairly basic, but with a bit more polish.

A conventional dashboard in upscale black plastic rolled down onto the glove compartment, for example, and around a prominent 8-inch touchscreen.

With knobs and buttons for the audio, climate-control and other systems, the dashboard was highly functional, though the oversized center-stack gave it sort of a 2010 feel.

Two large knobs dominated the console, and appropriately so – one for drive mode (two- or four-wheel drive), and the other for terrain, including crawl.

Likewise, the basic door-panels were trimmed mostly in black plastic with padded centers, while the floorboards sported great black super-industrial mats front and back.

Meanwhile, the black leather seats provided a dash of luxury with smooth, sectioned bolsters and perforated centers, and Uber-worthy leg- and head-room in back.

My pricey, well-equipped Cruiser didn’t arrive with a single option.

It probably didn’t miss them.

If you miss the days when trucks and SUVs reigned as the industry’s beasts of burden – and drove that way -- the 2020 Land Cruiser can take you back, with a dash of style.