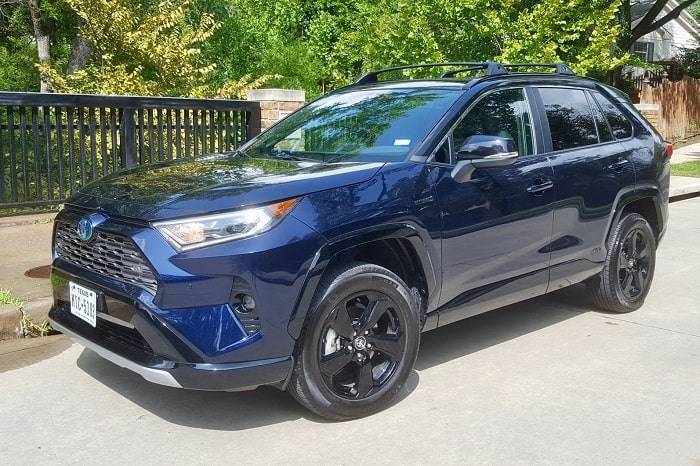 The busy-body Toyota RAV4, sporting more lines than a Rand-McNally map, tends to shout loudly about itself.

“Look at me” radiates from every odd, hard-edged corner, though it’s kind of hard sometimes to see why.

After all, Toyota frequently gets overly excited with its frenetic styling.

But get this: The 2020 RAV4 Hybrid – a descendant of the dorky Prius and a step up from the regular RAV -- backs up all the noise with surprising zip and personality, as well as 40 mile-per-gallon overall fuel economy.

And despite a price premium of $2,400 over the regular RAV, the compact RAV4 Hybrid crossover now outsells and will outrun the gas version.

Moreover, an even more powerful model, the plug-in RAV4 Hybrid Prime, generates more than 300 horsepower and can blaze to 60 miles per hour in less than six seconds. (Our Amy Plemons will have that one for you next week).

Maybe this century isn’t such a digital disaster after all.

I wasn’t so sure when a dark-blue RAV4 Hybrid XSE rolled onto the driveway of Chateau Box a couple of weeks ago.

High-riding and angular, the RAV wore a large horizontal grille that at least didn’t lapse into one of Toyota’s signature gaping-maw front-ends.

Contemporary headlamps wrapped around the fenders, topped by a long, raised hood that sort of emphasized the RAV’s blunt, protruding snout.

Square-cut wheel-wells trimmed in black stood out from the vehicle’s mostly flat sides, which were sliced by lines high and low. 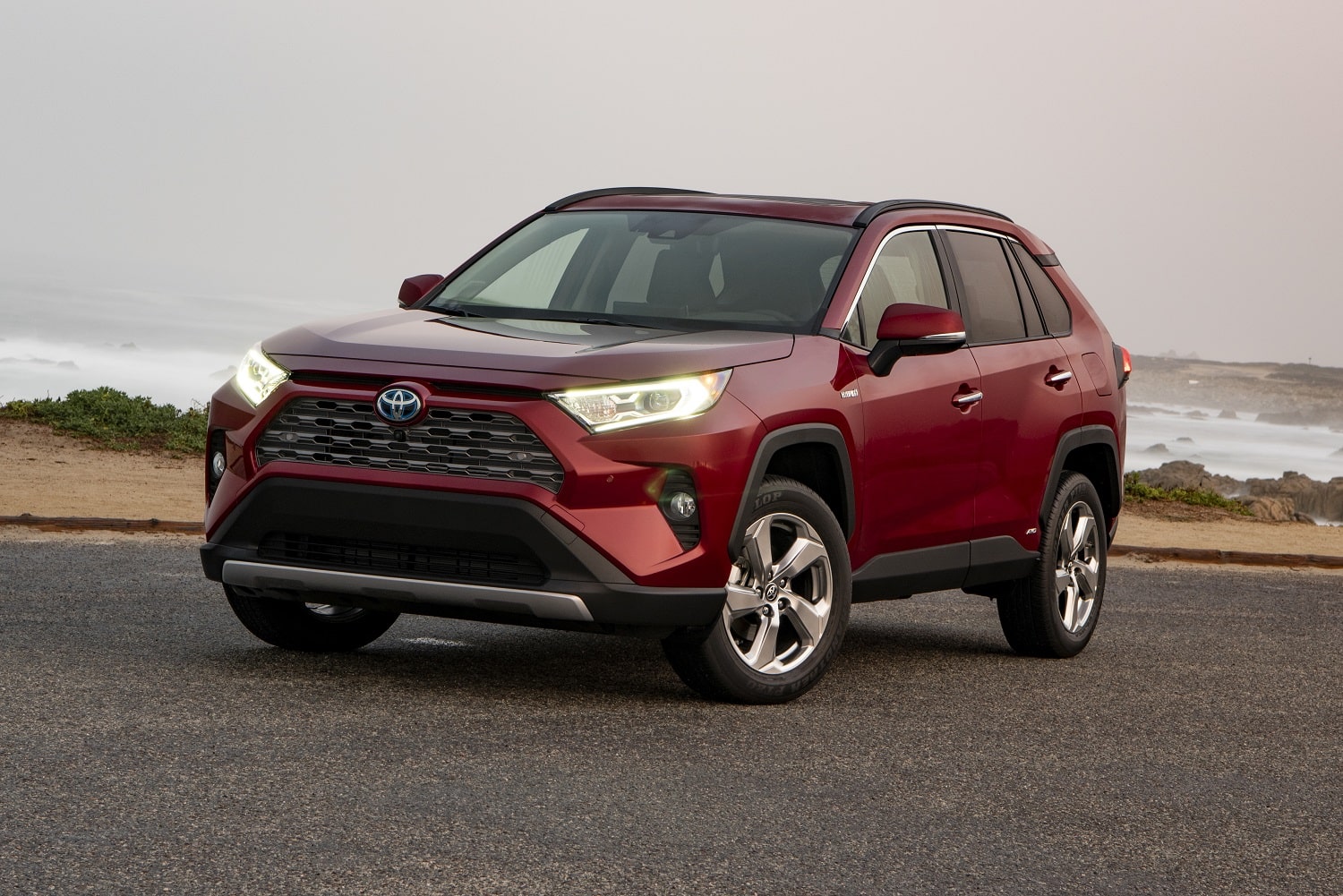 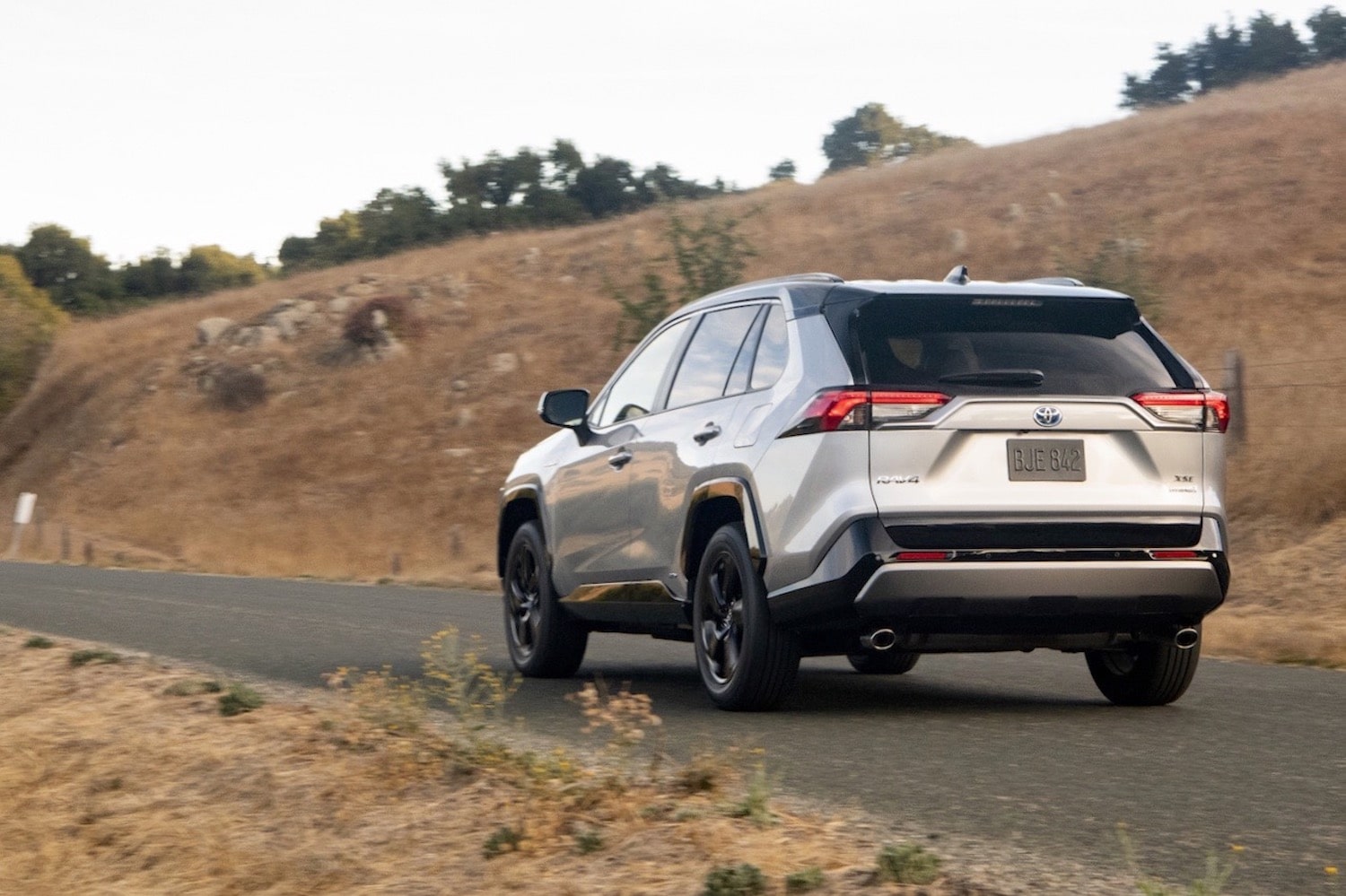 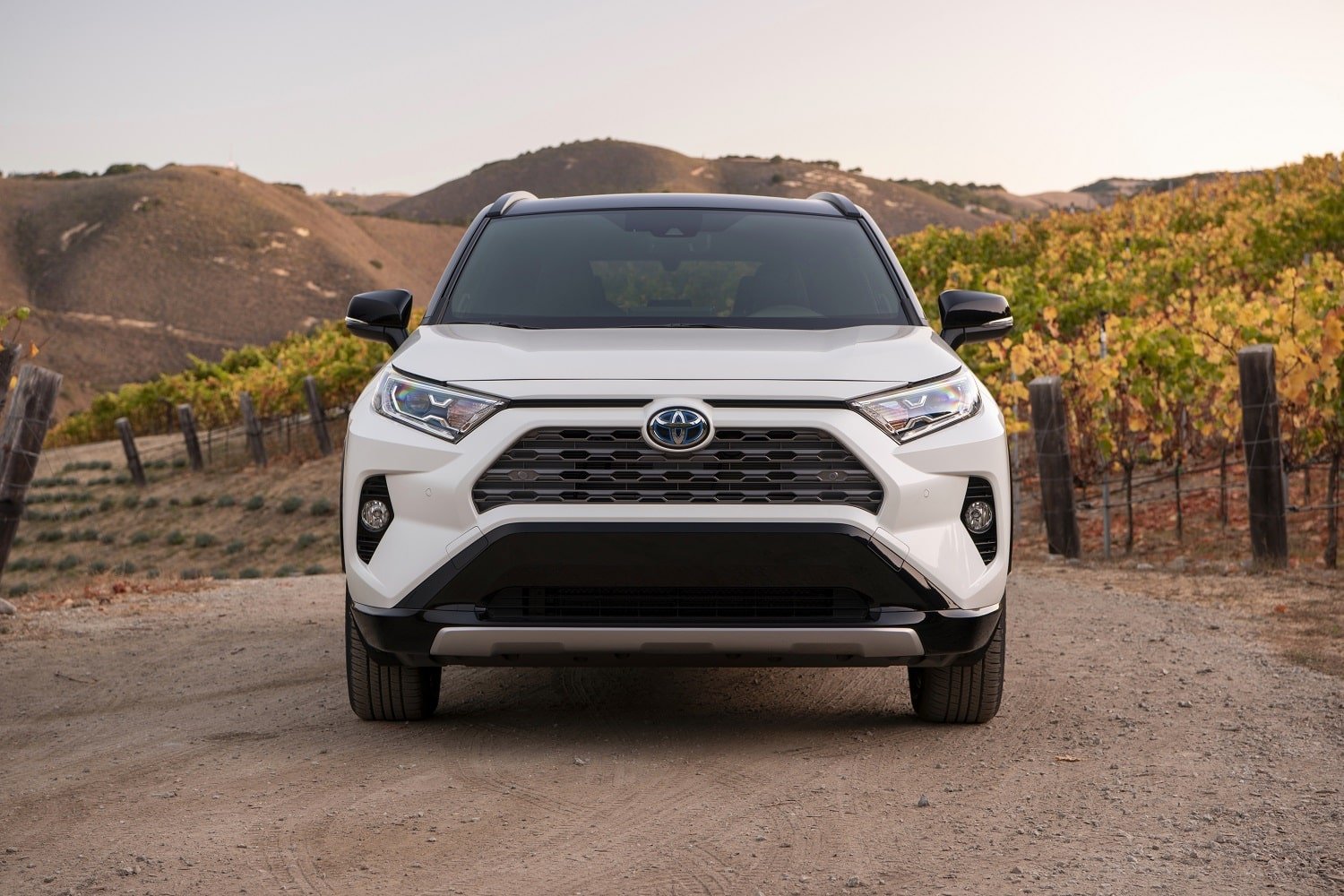 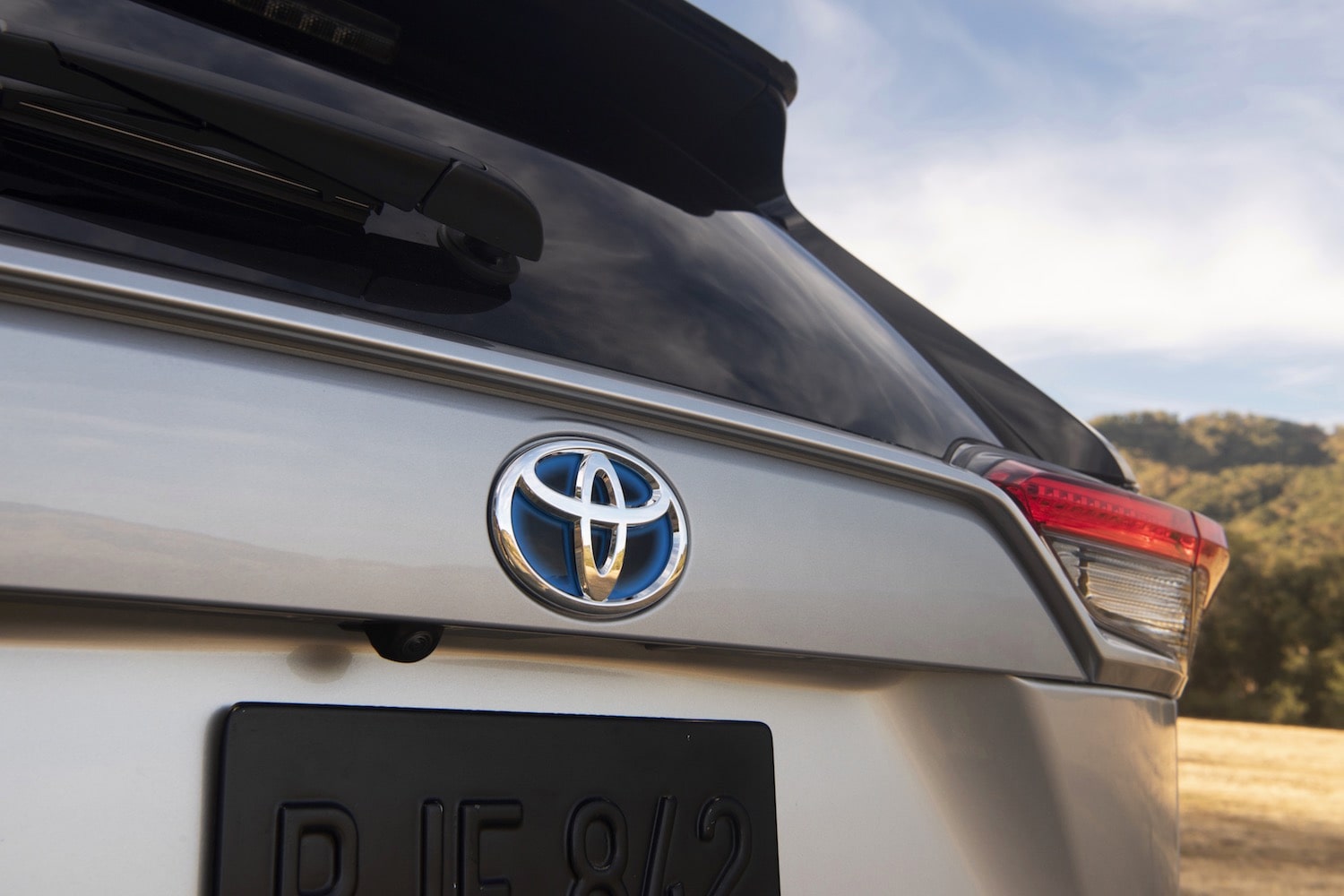 All RAV Hybrids come standard with all-wheel-drive, but that also gives them a lofty stance, creating a considerable gap between the wheel-wells and the RAV’s smallish 225/60 tires and ho-hum 18-inch black wheels.

Not that the RAV is bad-looking. It’s just a bit too, uh, hipster, I guess, for my park-bench tastes.

Nonetheless, I found plenty to like beneath the RAV’s hood.

Residing there was a 2.5-liter four-cylinder engine supplemented by two electric motors – one helping to drive the front wheels and the other spinning the back ones. The result is a total of 219 horsepower, 16 more than the standard 2.5.

While that doesn’t sound like much – and isn’t – Toyota smartly tuned the torquey electric motors to supplement the four-banger throughout its power range.

As a result, the responsive RAV can zip to 60 mph in 7.4 seconds, compared with 8 seconds for the regular version, according to Car and Driver.

The electric motors get the 4,400-pound crossover moving from stops, where gas engines are least efficient.

But they also come alive in the RAV in the mid-range, where most of us drive, providing a small wave of smooth, useful torque that almost felt like a V-6 engine.

Although the engine and electric motors run through a continuously variable “transmission,” the fairly refined belt-and-pulley CVT managed to fake a couple of shifts and felt mostly like a real transmission.

Just don’t start thinking of the lively RAV as a $38,000 sports sedan with 33 cubic feet of cargo space. It’s not.

Handling is competent in the 67-inch tall RAV, but marked by body lean – as you would find in most crossovers – and numb steering.

In addition, the hybrid’s regenerative brakes were grabby, a side-effect of the braking system used to convert brake-heat to energy for its battery packs.

More important to potential buyers, I’m sure, the RAV rode reasonably well in spite of its all-wheel-drive, though it could get fidgety on rough pavement. 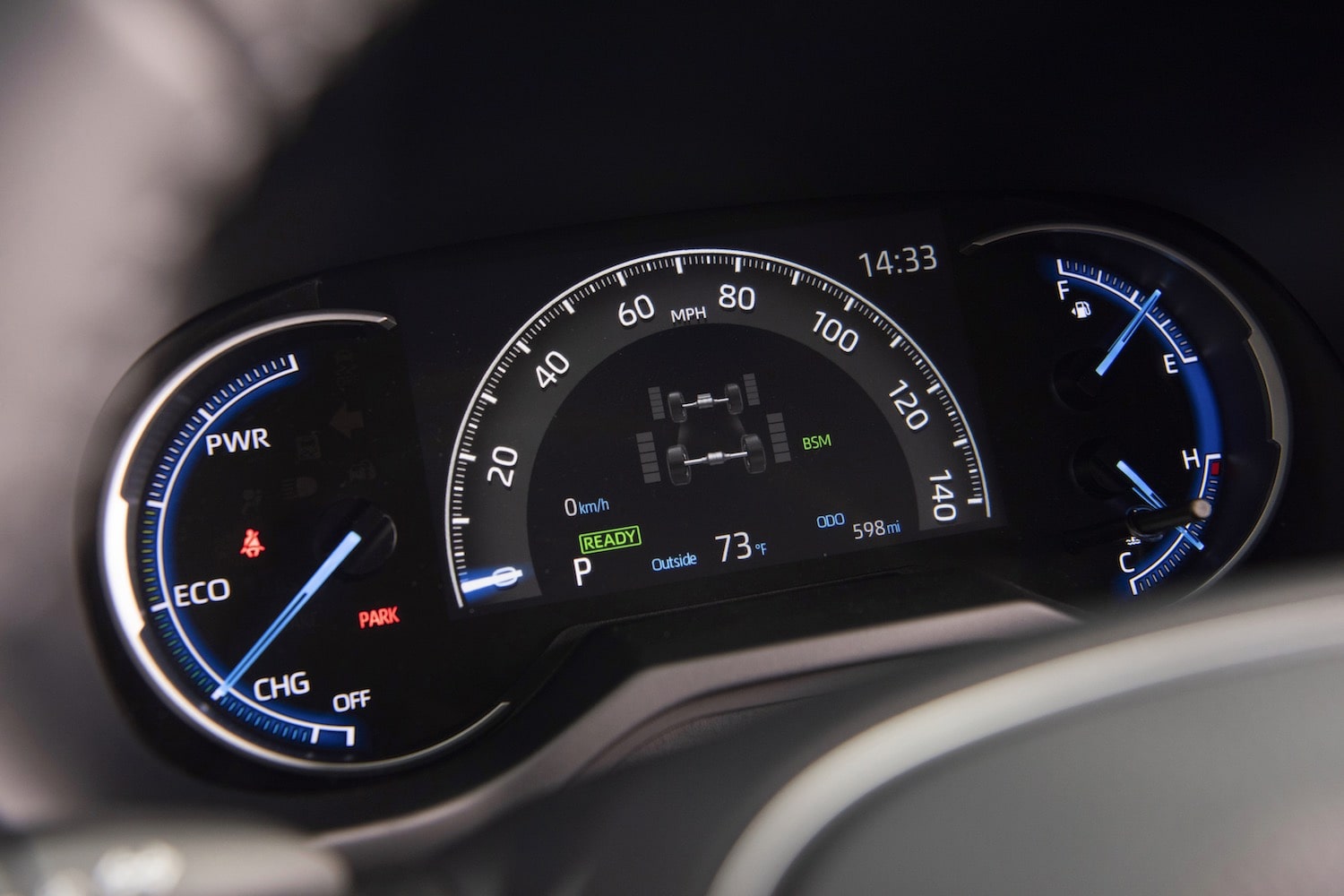 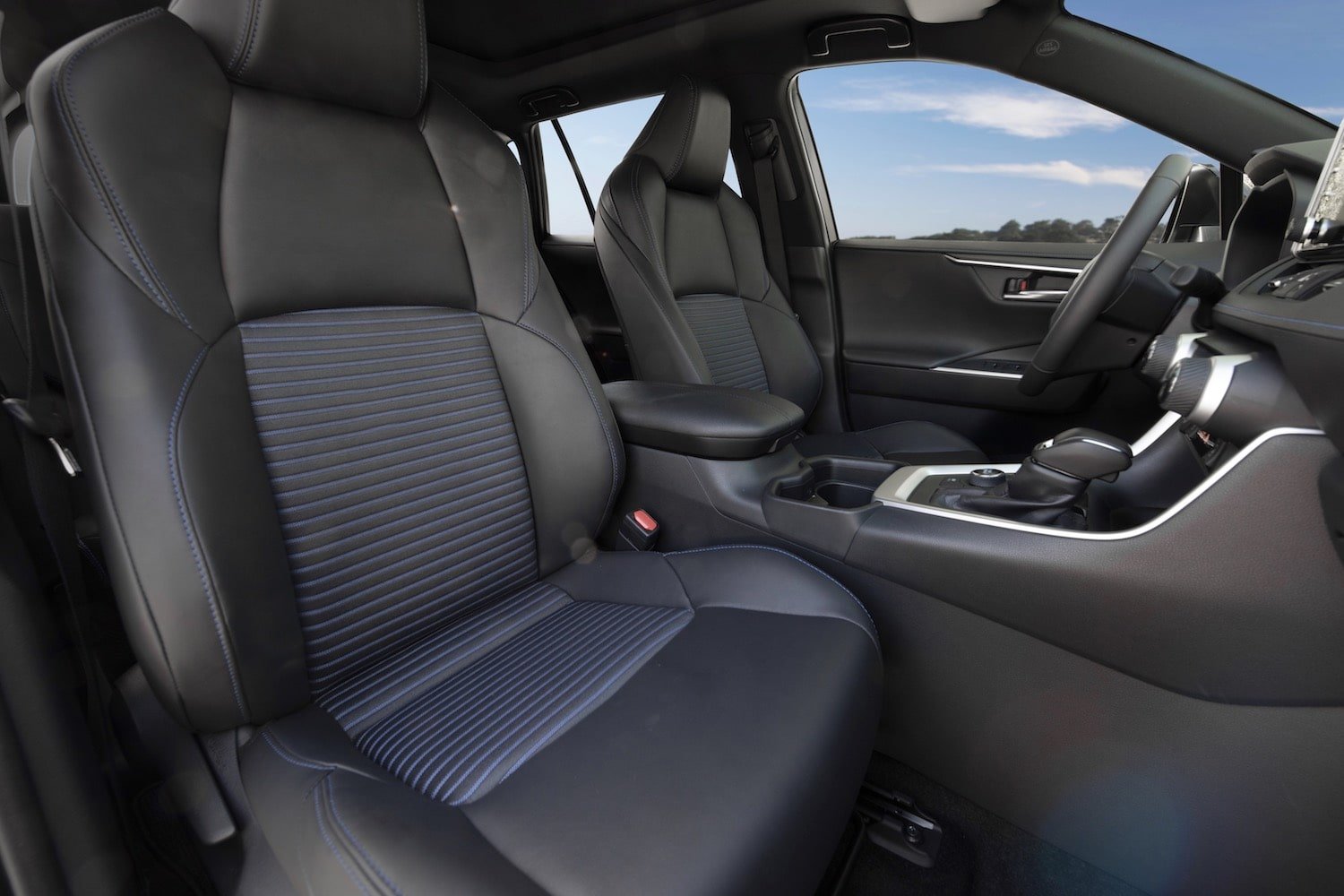 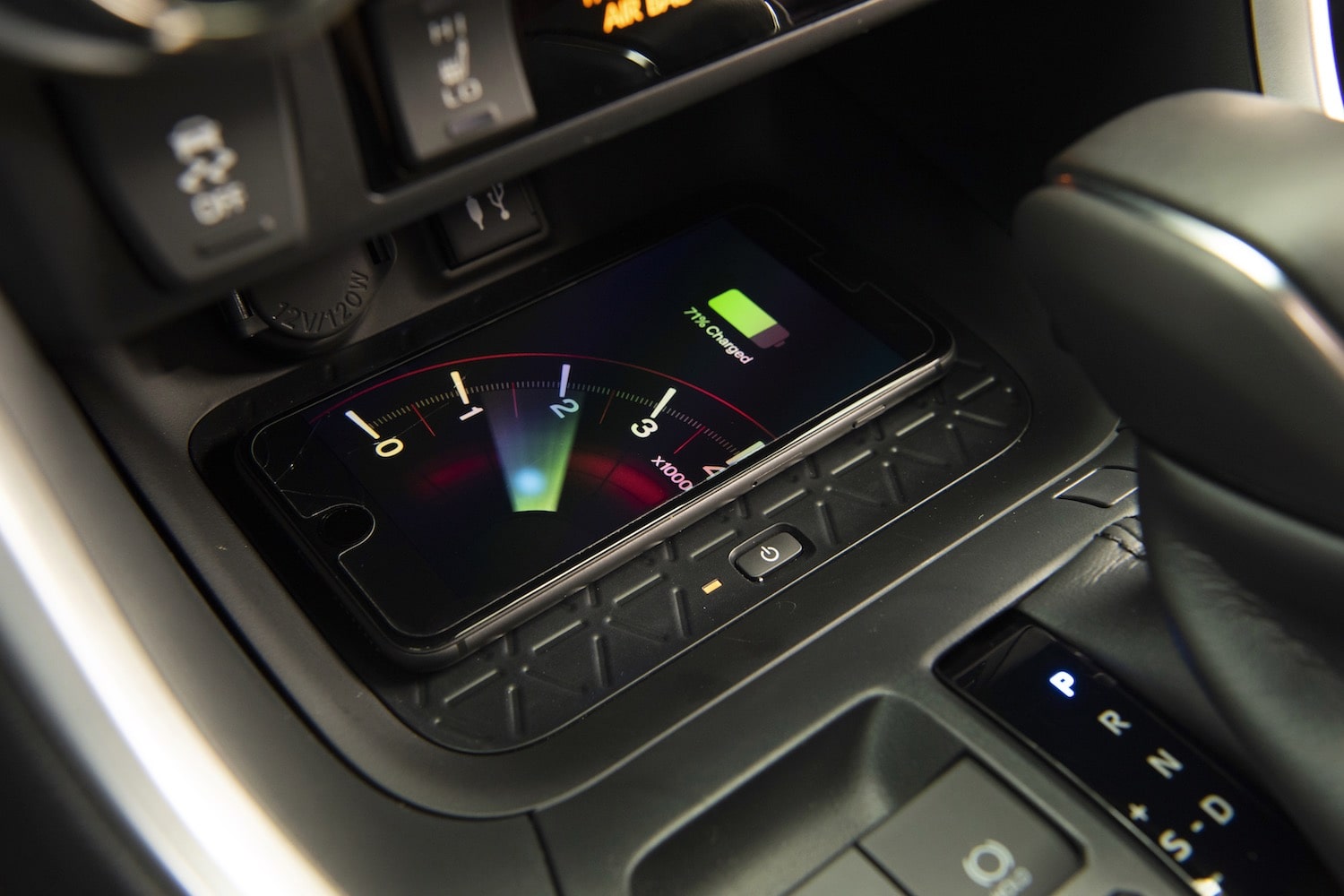 You won’t notice it much in the vehicle’s sleek black interior.

A flat upper dashboard in pliable plastic, for example, dropped down onto a rounded mid-dash that featured an 8-inch tablet-shaped touchscreen with Apple CarPlay and Android Auto compatibility.

Among the safety features in my well-equipped XSE model were pedestrian detection, active cruise-control, and lane-departure warning.

Meanwhile, the RAV’s mid-dash provided a handy small shelf at its base as it eased down onto a fairly broad black console.

Adding to the RAV’s upscale feel were padded centers in its door panels, as well as door-tops molded in the same pliable plastic as the dashboard.

Blue stitching on the door-tops helped ease the darkness of the interior, capped by a black headliner.

Hybrids – combining gas engines with electric motors -- are the next practical step in alternative-fuel vehicles, and Toyota demonstrates with the RAV4 that you can get fine fuel-economy and lively performance in one package.