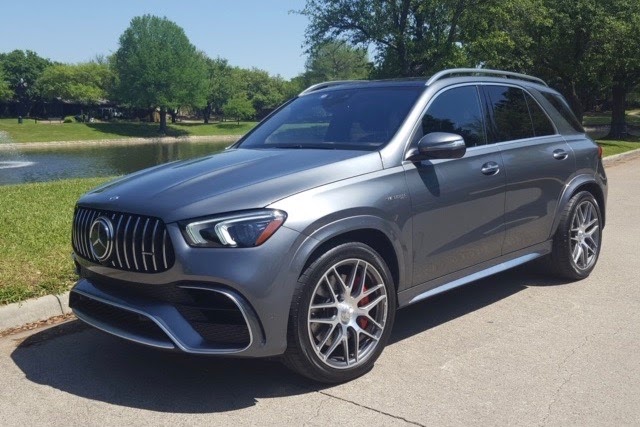 Get used to it, car-lovers: A bulky SUV, a soccer-mobile, roars up behind your sports-sedan, storming by like a heavy-metal tsunami.

What??? We may have to rearrange the car world again, kids.

The metallic-gray 2021 Mercedes-AMG GLE 63 S I had recently sprung from a fiery sub-segment that Mercedes created more than 20 years ago when it stuffed a 5.4-liter V-8 into an ML-class crossover/SUV.

Over the last two decades, this hot-rod SUV has evolved into a 2.5-ton wagon built largely by performance division AMG -- part sport sedan, part 5-passenger truck and all road-eating beast.

Based on Benz’s mid-size GLE SUV, the all-wheel-drive 63 S packed an AMG twin-turbo 4-liter V-8 stoked to 603 horsepower and tied to a nine-speed automatic.

It dressed the part.

Even with its over-sized proportions and lines, the handsome GLE 63 S looked like an SUV not to be trifled with.

Up front, a large toothy grille with vertical bars appeared mildly angry and flowed into a raised, sculpted hood. 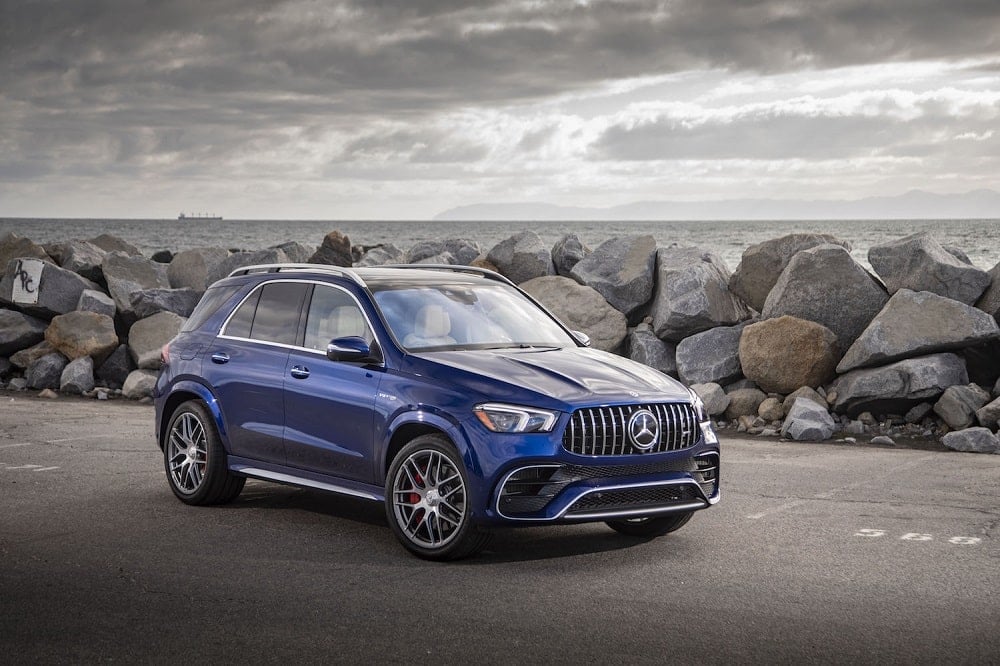 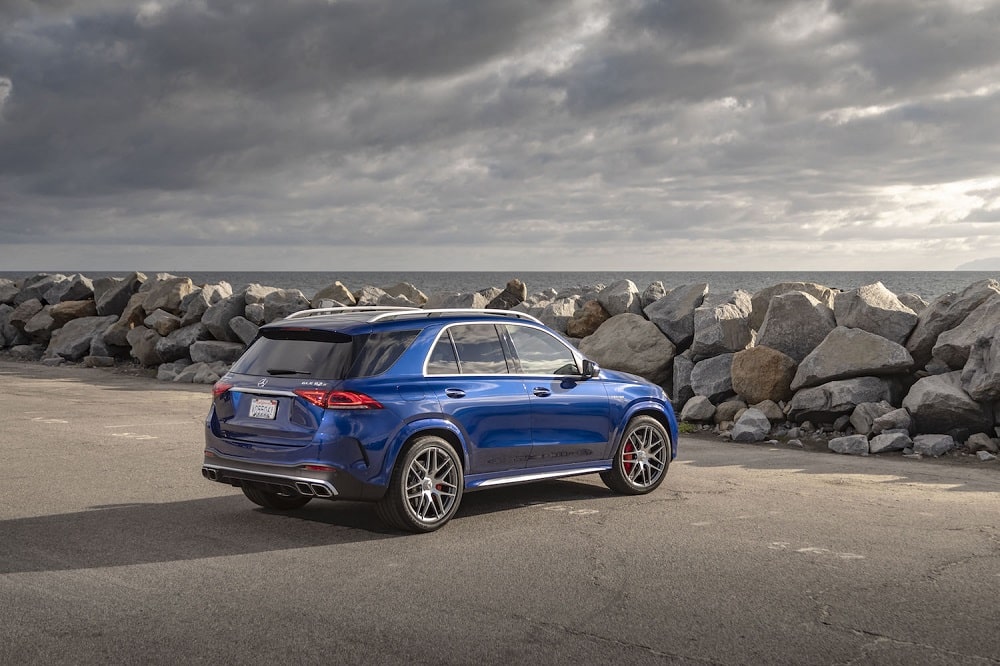 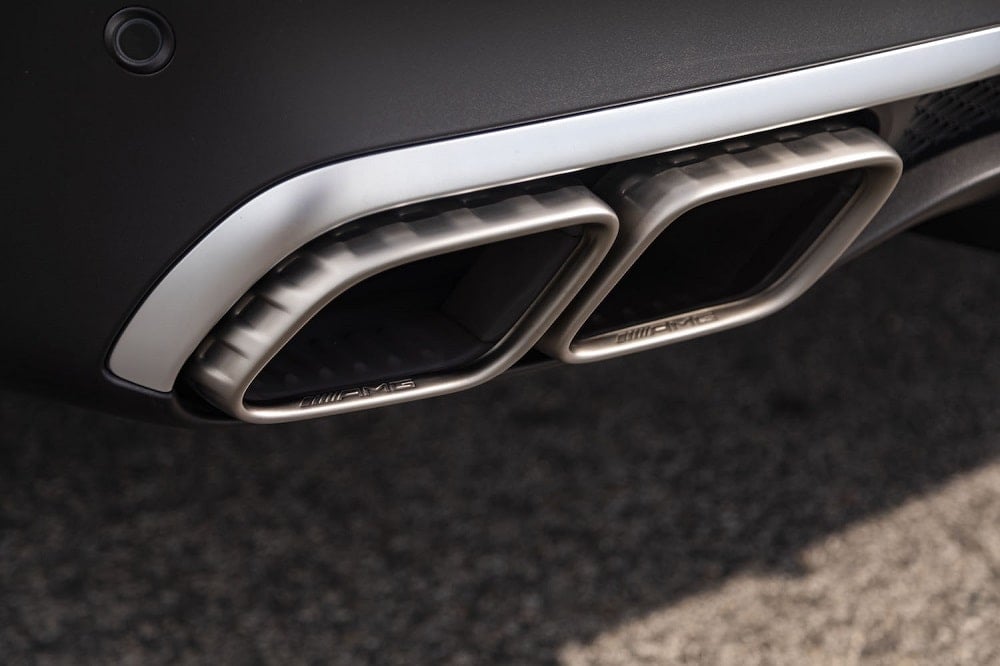 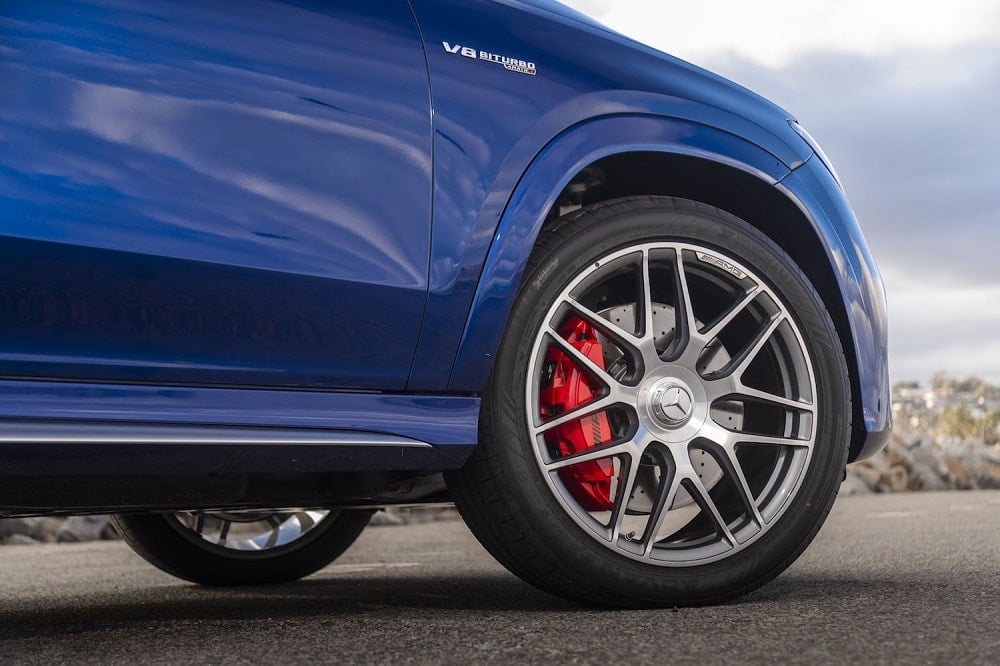 Given the ferocious nature of most AMG vehicles I’ve driven, I expected the S 63 to rattle the rafters in my old garage when I hit the start button.

For the most part, though, all I got initially was a muted growl that settled into a civilized idle not likely to irritate the neighbors on early mornings.

Around town, though, the GLE leapt away from stops with zeal, easing into a soft-feeling mid-range that rarely betrayed what lay beneath the hood.

It even worked well as a grocery-getter or a kid-mobile, though I’m not sure driving slow will much improve the GLE’s estimated overall fuel economy of 17 miles per gallon.

That likely won’t be foremost on your mind when you find some open road.

Punch the 63 S hard from a stop and it briefly pauses -- probably a touch of turbo-lag – before exploding into a loud, almost physics-defying rush of power.

Clicking off reasonably quick shifts, the 63 S can rush to 60 mph in an estimated 3.5 seconds -- speed that will embarrass many so-called muscle-cars.

Moreover, and more surprising, the GLE will attack corners and curves with as much aggression as it does straights thanks to sophisticated suspension pieces, great tires and highly capable computers.

Of course, given its weight, the GLE doesn’t turn into corners as crisply and cleanly as a sports sedan. Rather, it devours them like any other piece of concrete.

Granted, the ride is a little firm but rarely irritating, and the vehicle’s fairly quick, lively steering encourages drivers to take advantage of its high-dollar suspension – no matter how daunting that might seem.

My only real complaint concerned the nine-speed automatic, which sometimes felt a little lazy and slow to respond.

I have to admit, though, it didn’t much dampen the fun.

As you may have noticed, Mercedes has gotten really good over the last few years with interiors, a skill on full display in the $132,000 GLE. 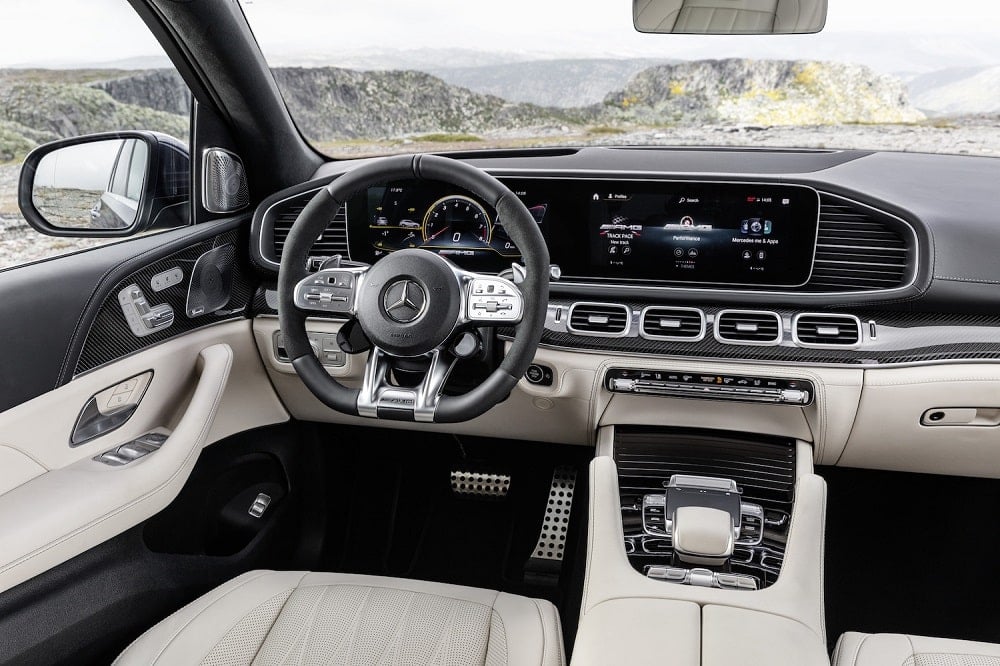 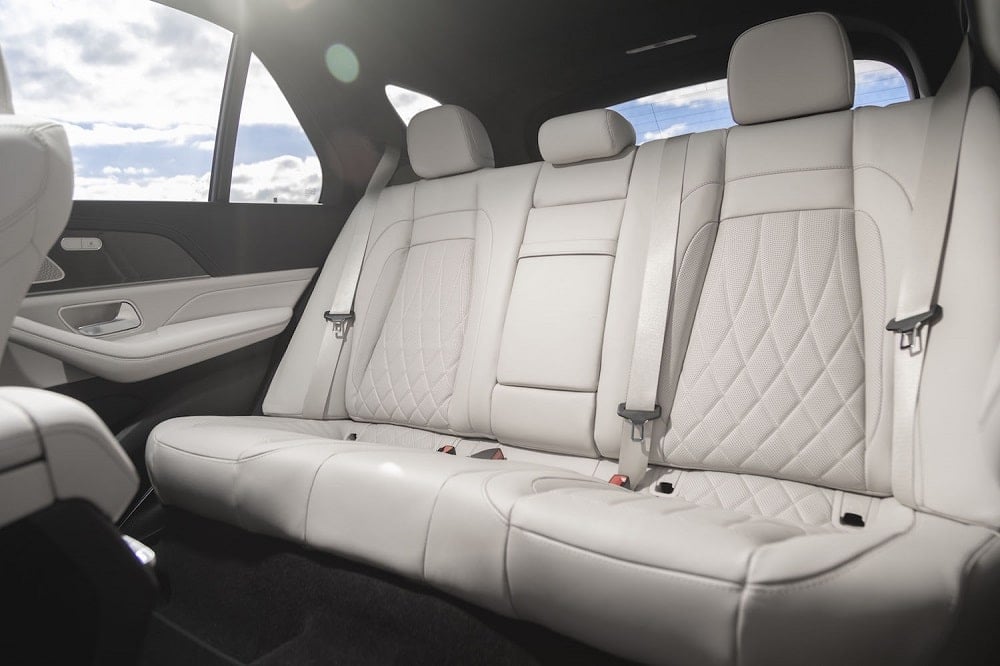 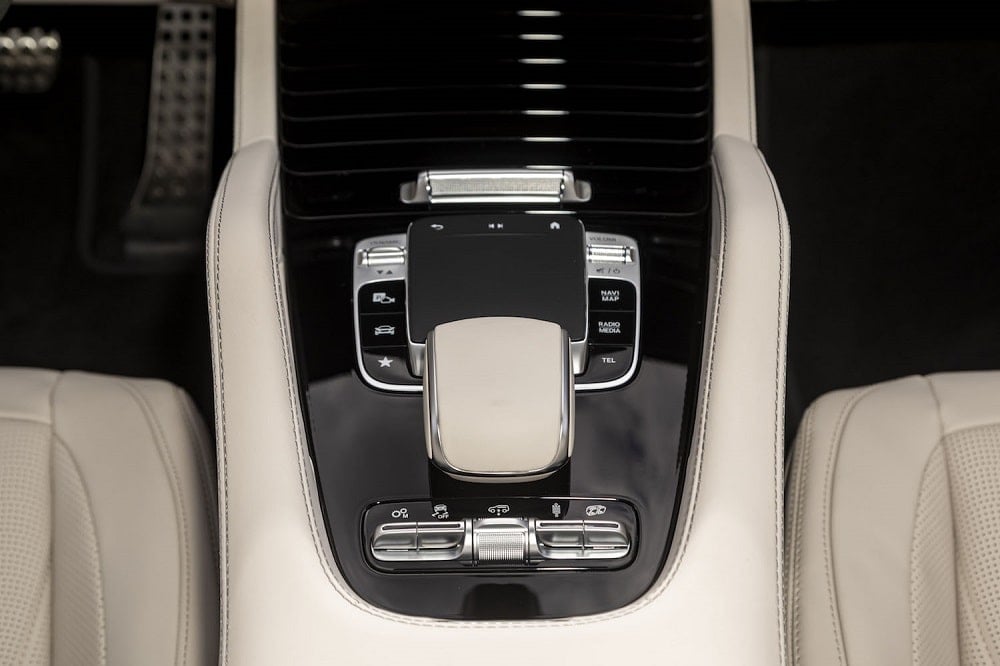 The infotainment side included Apple CarPlay and Android Auto, as well as navigation and a Burmeister stereo that unfortunately had to be tuned through the screen.

Somewhere in all of that, of course, were the usual lane-keeping assist, lane-change assist, adaptive cruise control, evasive steering assist and blind-spot assist.

Parts of the lower dash, meanwhile, were trimmed in carbon fiber, while an easy-to-jar computer touch pad occupied a prominent space on the GLE’s broad black console.

Like most new Mercedes, a slender shifter on the right side of the steering column – which can be mistaken for a wiper stalk -- controlled the transmission, looking a bit odd nestled behind the GLE’s flat-bottom, carbon-fiber-covered steering wheel.

Likewise, the truck’s door-panels were stitched from the same smooth black leather on the dashboard, while supportive sport seats offered perforated black centers with a band of gray trim on the periphery.

Leg- and head-room in back, incidentally, were expansive.

Please don’t remind me, a car-lover, of the GLE’s many attributes. I sampled some of them. And, yeah, I guess I have to acknowledge, it might just be worth its lofty price.