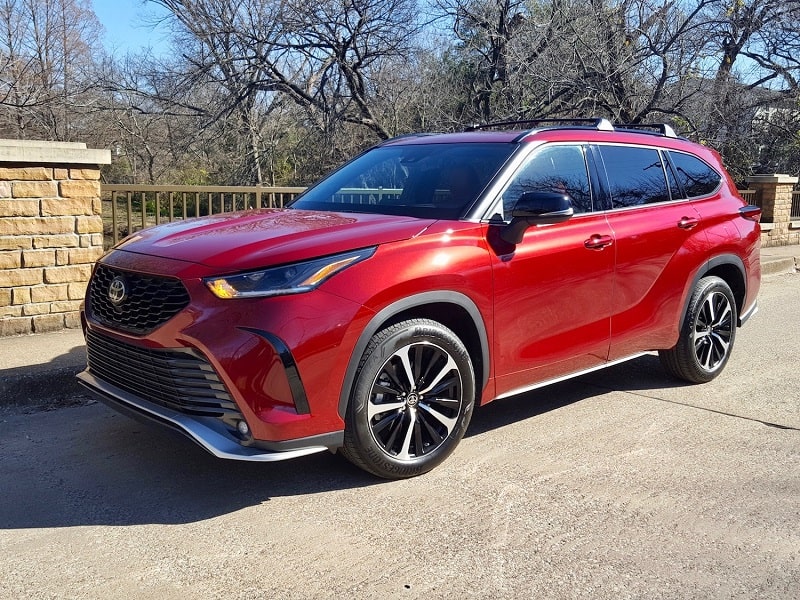 Contrary to rumor, station-wagons didn’t die decades ago along with drive-in movies and doo-wop.

The lumbering people-movers of my youth just moved to the San Fernando Valley, I heard, where they were tweaked, tucked, tanned and transformed into crossover vehicles like the 2021 Toyota Highlander.

Well, maybe. Call them what you like, but mid-size crossovers like the Highlander XSE V6 I had last week with three rows of seating may ironically be the best American station wagons ever – even though most aren’t.

Still, my Ruby Red Highlander – conceived in Japan but built in Princeton, Ind. – seemed so large initially that I wondered if it had grown out of its traditional mid-size segment.

Now, is that American as Vienna sausage or what?

It hasn’t, incidentally. But visually the 4,600-pound Highlander felt more imposing than ever.

The XSE is a new trim level for 2021 with more aggressive styling, unique 20-inch wheels, black exterior accents and a sportier suspension calibration. 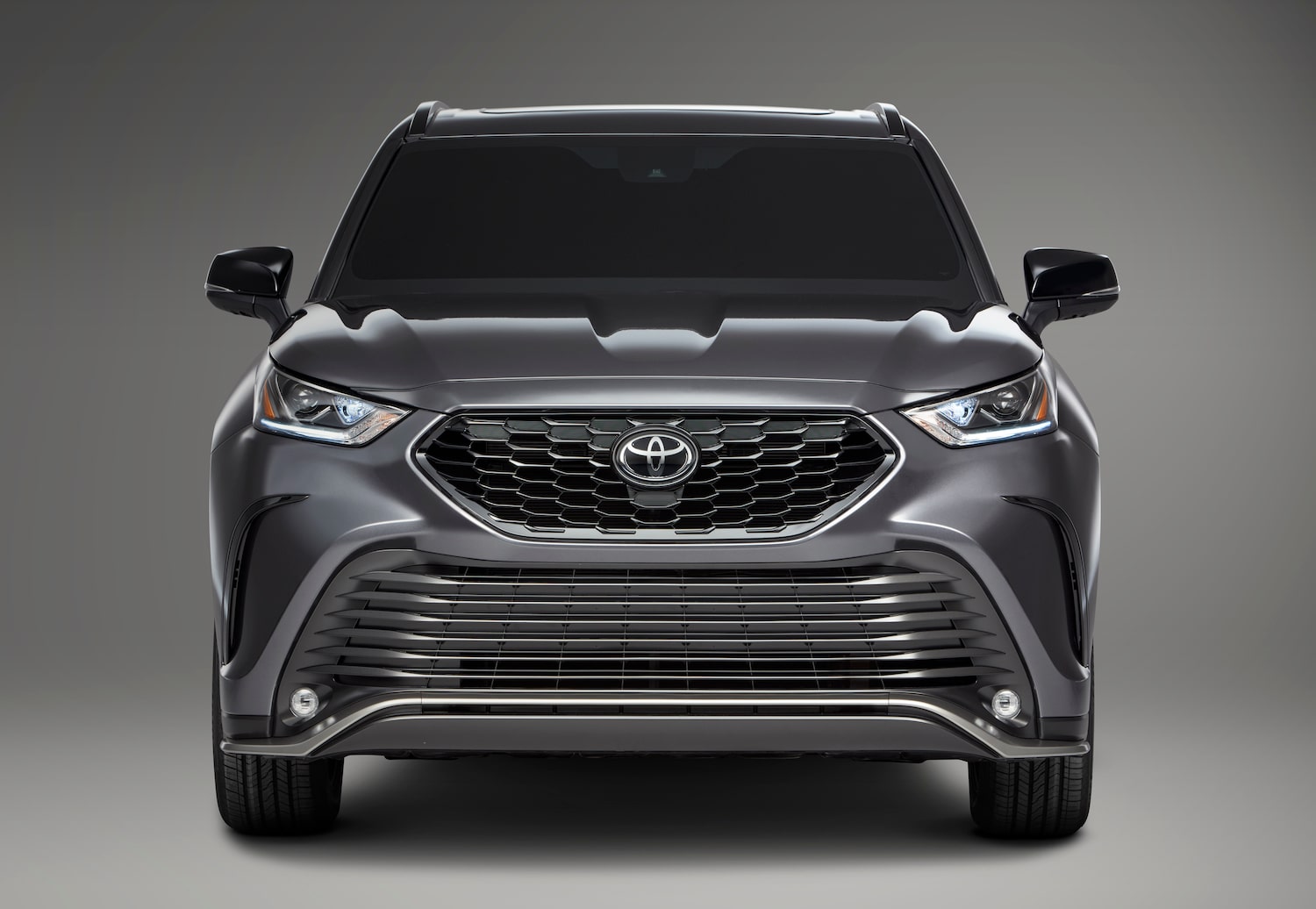 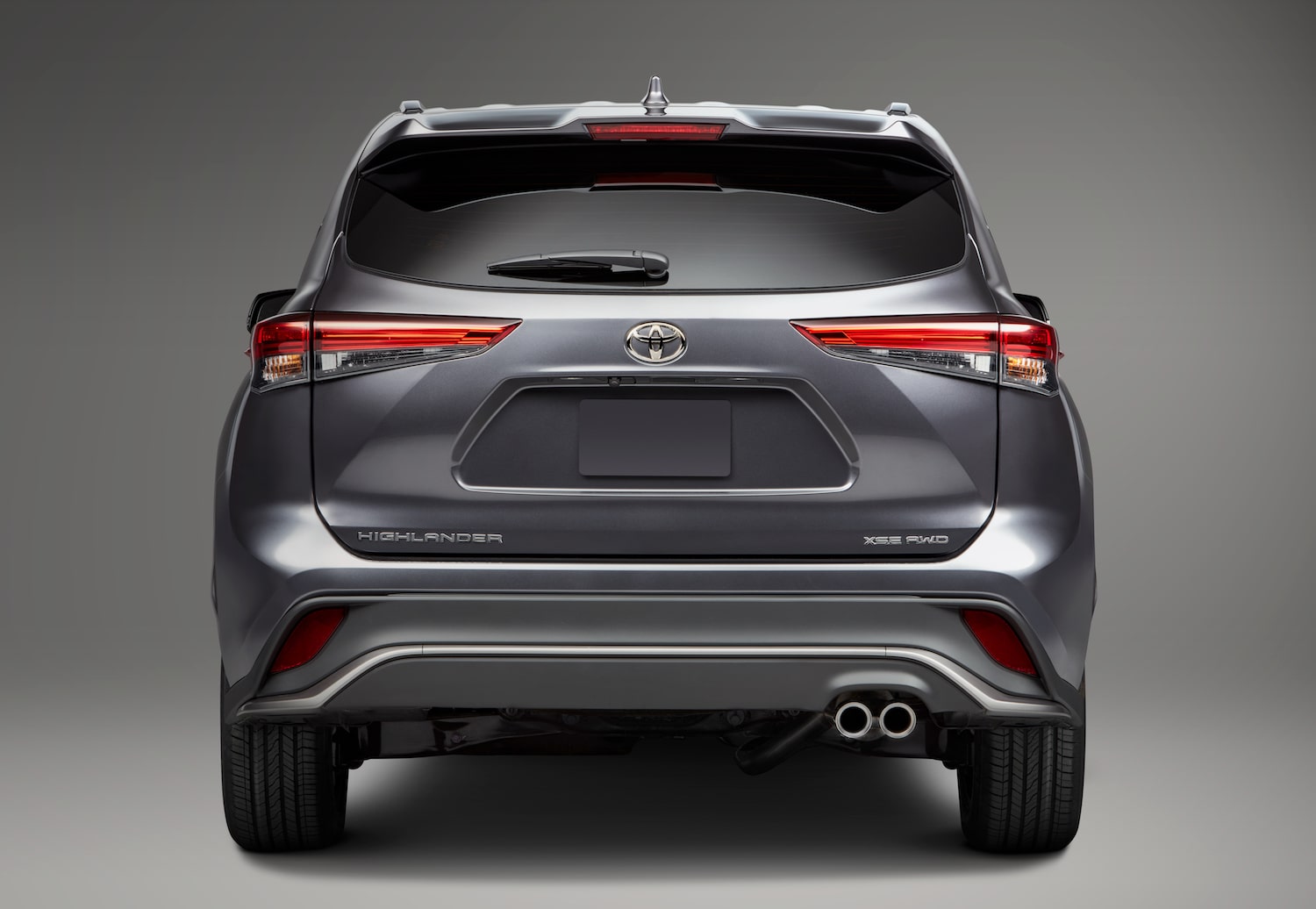 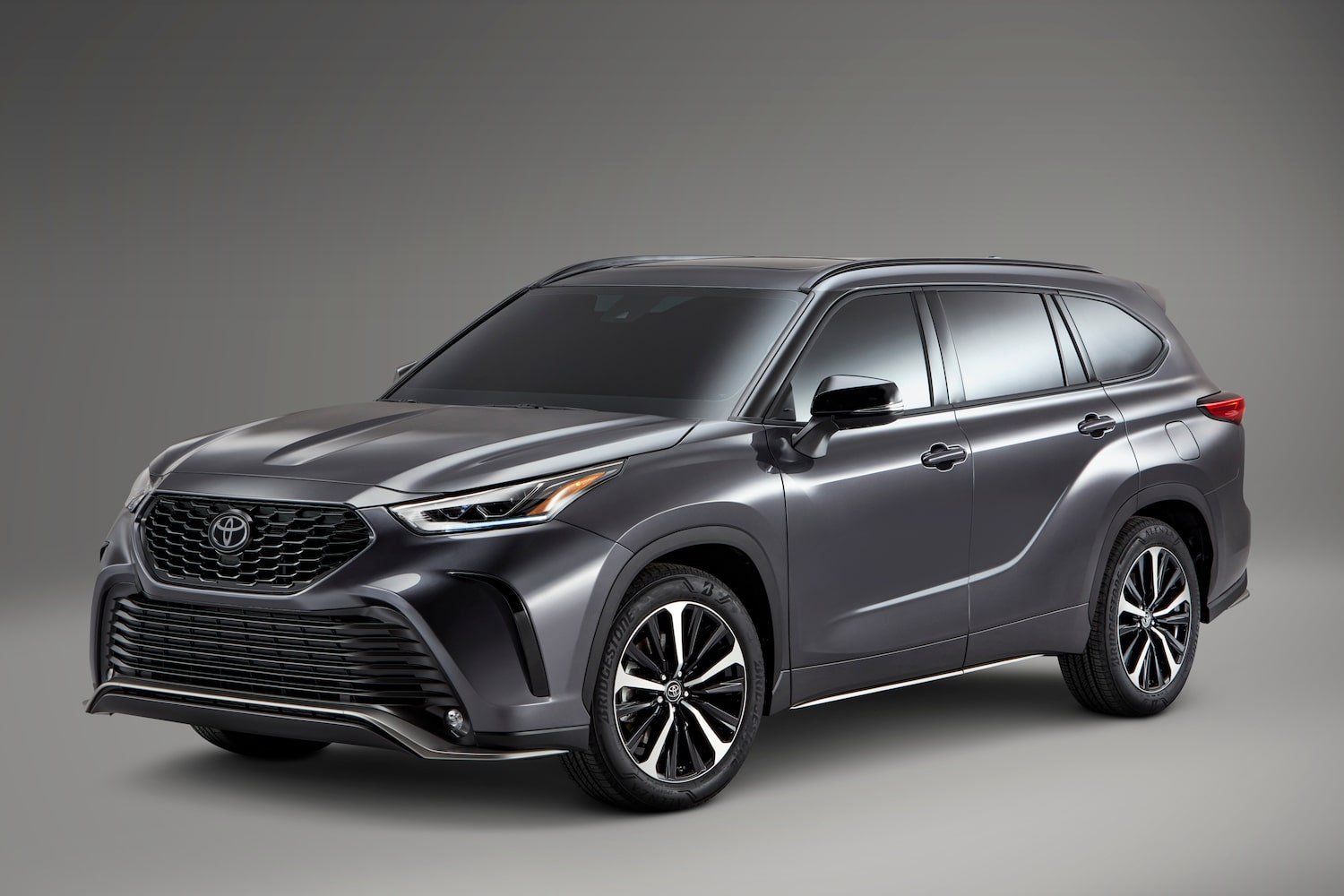 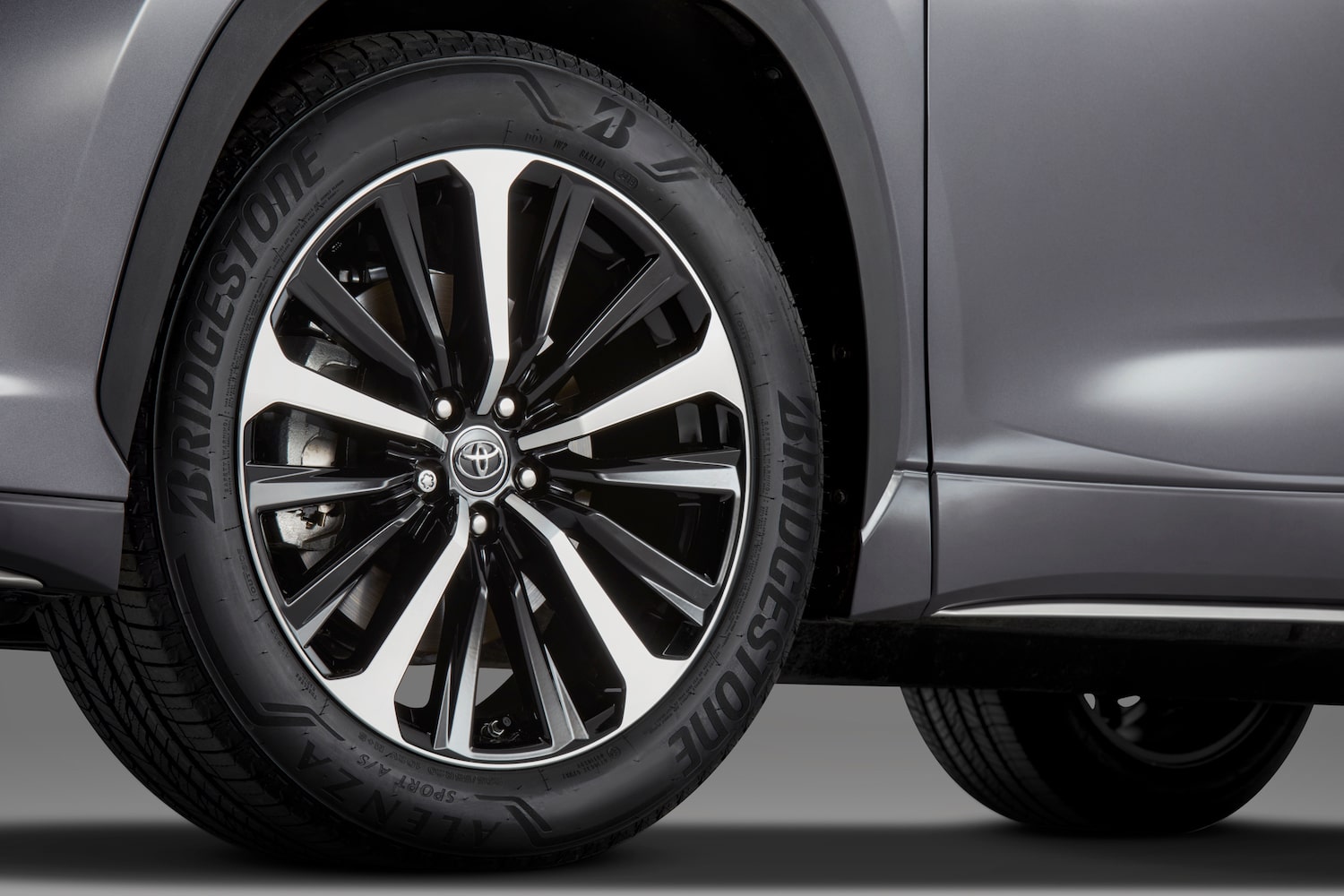 But the lower grille was pure Toyota excess with six slats stacked on top of each other and extending from one corner of the vehicle to the other – looking sort of like a large Venetian blind.

Maybe it’s meant to be urban or something.

The rest of the Highlander, however, was fairly appealing. Although the front fenders were a bit thick, sculpting around the wheel-arches mostly disguised it.

Likewise, prominent lines atop the rear fenders dipped down to the base of the doors in a flourish, and the tall, all-wheel-drive Highlander settled on multi-spoke 20-inch wheels wrapped with modest 235/55 tires.

As you would expect, the seven-passenger Highlander is primarily a family-vehicle – safe, silent, solid.

But the vehicle’s veteran 3.5-liter V-6, pushed to 295 horsepower in the new Highlander, provided surprisingly spirited performance for a bulky soccer-bus. (A hybrid version with 243 horsepower is also available in the XSE.)

Long a relatively smooth, refined engine, the low-key 3.5 pushed away from stops with authority, maintaining a nice surge of power through the mid-range.

As a result, high-speed mergers – are there any other kind these days? – felt reassuringly easy, with the Highlander accelerating from a stop to 60 mph in a commendable 6.8 seconds, according to Car and Driver.

Mated to a slick-shifting 8-speed automatic, the 3.5 makes pretty efficient use of its power, too, with an overall fuel economy of 23 miles per gallon.

The 68-inch tall Highlander, of course, wasn’t designed to carve corners, so it eases into them with body lean, but the all-wheel-drive and suspension computers hold the drama in check.

More important to most buyers than handling, the car-based Highlander rode pretty smoothly for an all-wheel-drive vehicle, absorbing bumps more firmly than a sedan but without harshness or jolts of more truck-ish vehicles. 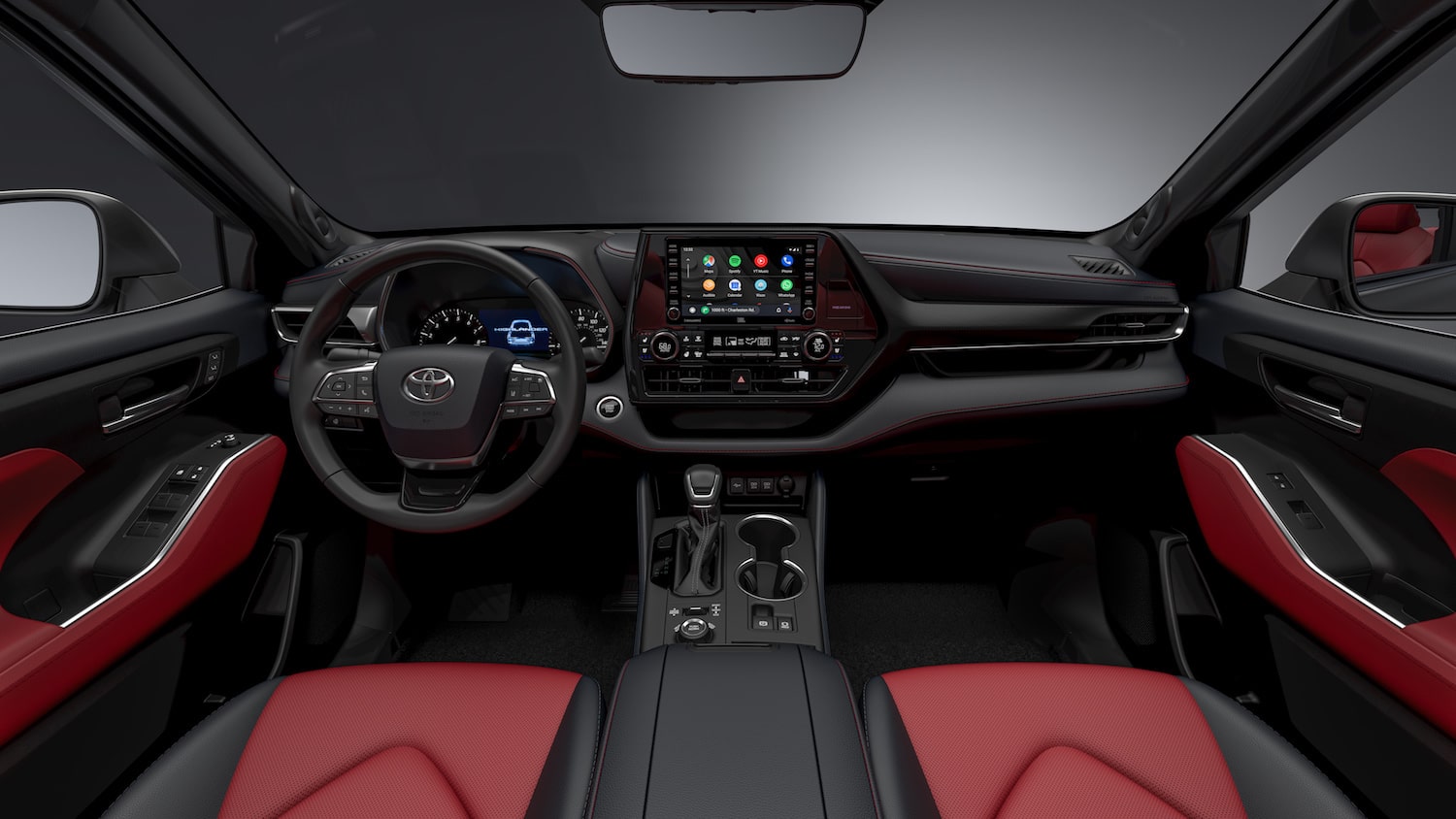 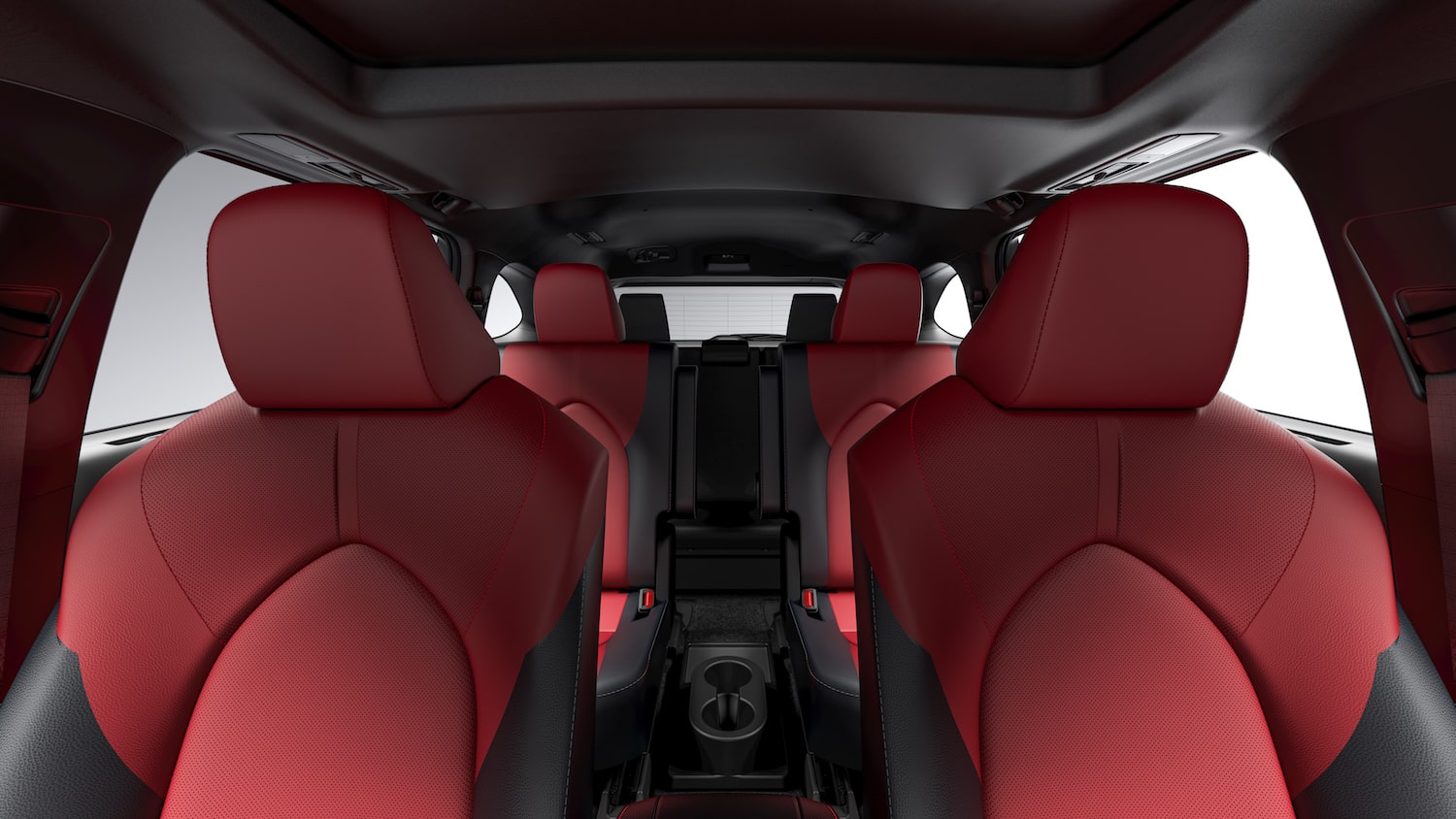 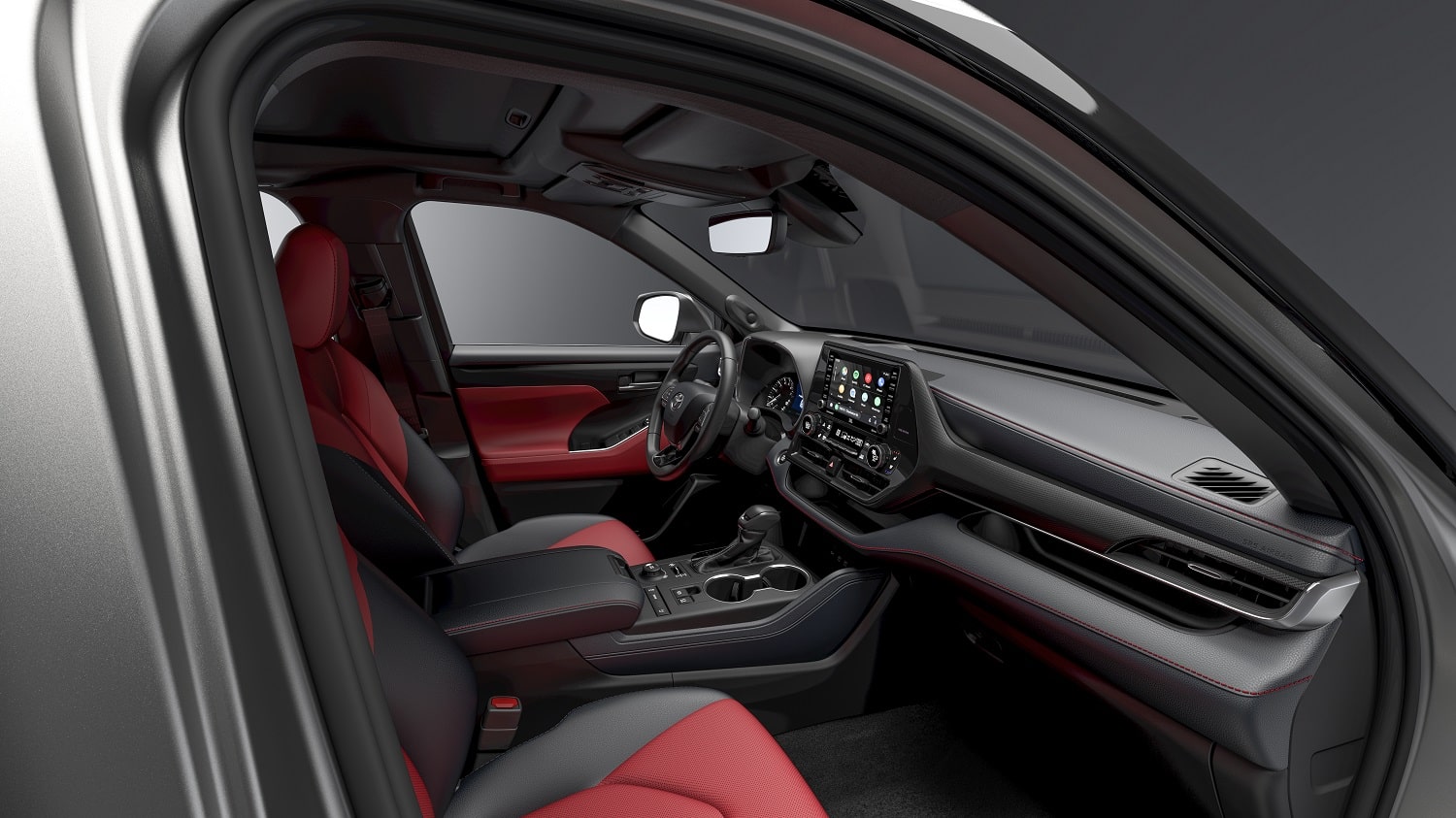 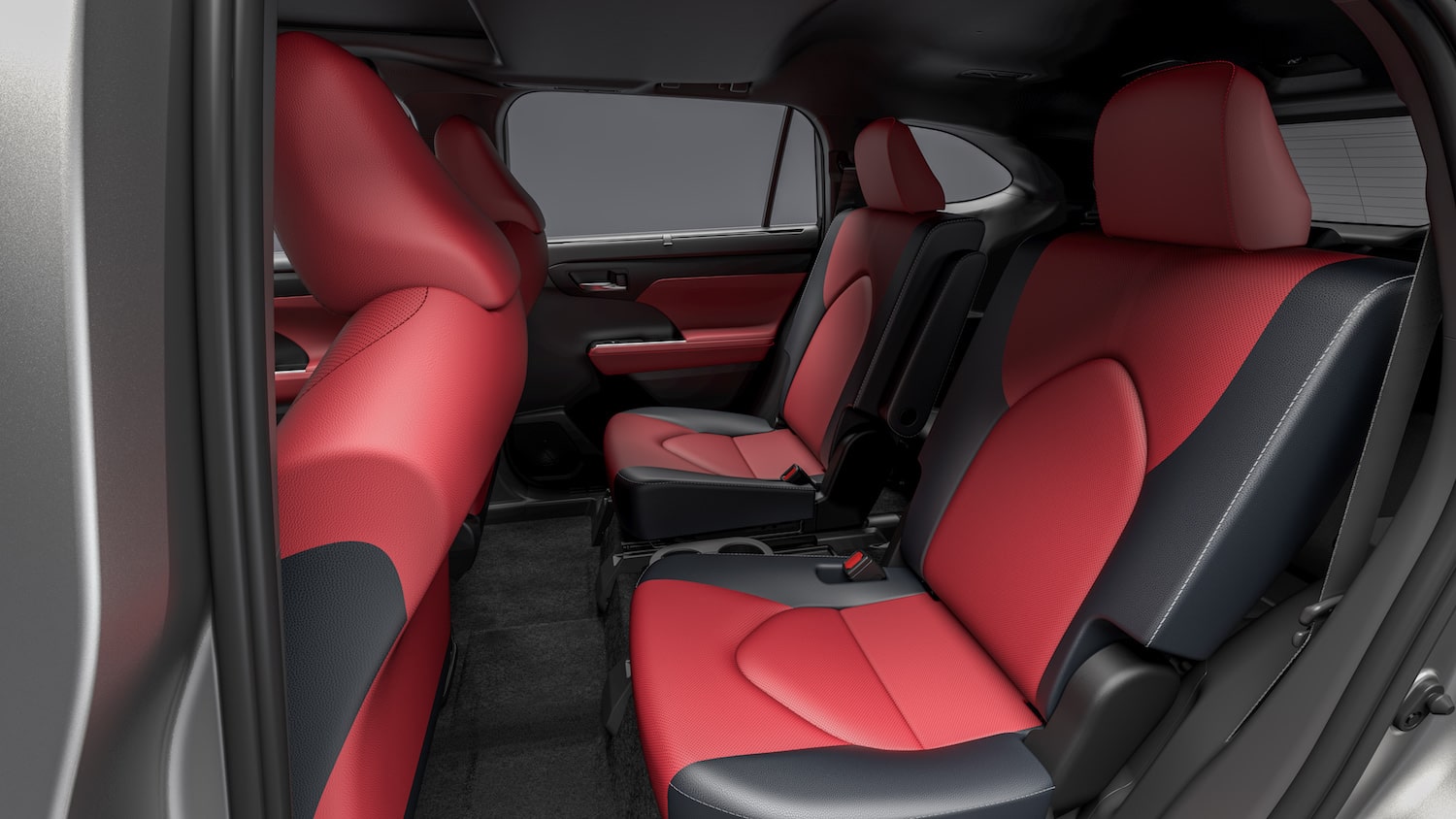 Like most mainstream auto-builders on a budget, Toyota put practical over pretty in the $48,000 Highlander’s red-and-black interior.

But it still showed some decent flash and dash for a utilitarian people-mover.

A flat upper dashboard in smooth black plastic sported maroon “stitching” on its edges, dropping at a 90-degree angle to a busy mid-dash.

The 12-inch square center area, dominated by an 8-inch touchscreen, protruded workman-like from the dash.

What it lacked in elegance, though, it made up for in efficiency, with simple knobs for the audio system’s volume and tuning, as well as knobs and switches for the climate system.

Toyota has long been a big proponent of automotive safety – sometimes to the point of irritation, in my view – and my XSE was fitted with active cruise control; pedestrian detection, and lane departure with steering assist.

As a three-row crossover, the Highlander provided bucket seats in front and the second row, with a tight, somewhat cramped bench-seat in back.

Most adults would likely find the third-row bench to be less than accommodating, but it works for kids, short trips and people you don’t like.

Leg- and head-room in the second-row back-seats was excellent, though, with the seats sporting black bolsters and perforated red centers.

Almost everything on the well-equipped XSE was standard. The main options on mine were a premium JBL audio system ($1,680); the red paint ($425); and illuminated door sills ($299).

Think of it this way: With the semi-stylish XSE, you get station-wagon/minivan functionality in something you can call a crossover – preserving your neighborhood cool-ness.