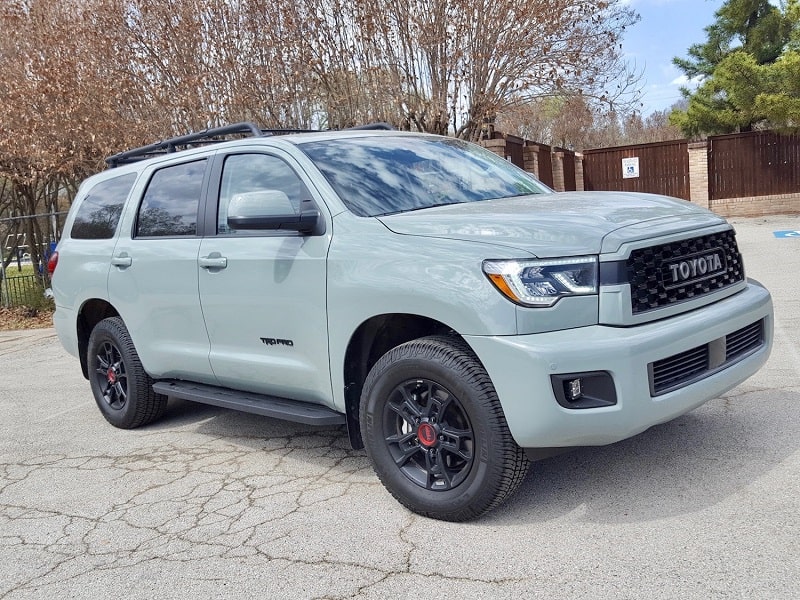 Six-thousand pounds of steel and a towering height of 77 inches keep the Toyota Sequoia riding NBA tall and NFL wide.

But I doubt that the big SUV will do much bragging at the neighborhood Fourth of July party this year.

What can you say when your total sales last year barely surpassed 7,000?

“How about those hot-dogs?”

For better or worse, I had a gray 2021 Sequoia TRD Pro last week – a rough, capable off-road inspired SUV – and only a couple of my neighbors seemed to notice the beast.

Could it be that smoother-riding, more refined mid-size crossovers and SUVs continue to push aside giant truck-based SUVs that struggle to get 14 miles per gallon?

Though pretty basic for a $66,000 all-wheel-drive off-road ranger, my Sequoia packed plenty of dirt-and-rock capabilities – just fairly unpolished ones.

Still, even rolling on knobby off-road-style tires and slotted 18-inch black-steel wheels, it was one of Toyota’s better-looking trucks – which either says something about me or Toyota.

Unlike way too many Toyotas, my Sequoia wore a broad but reasonably sized grille flanked pretty tightly by slender, contemporary headlamps.

And unlike most of Toyota’s other oddly geometric vehicles, the sides of the Sequoia were smooth and slightly muscular, with a prominent line above the running board.

Every morning, my Tundra-based Sequoia fired off an authoritative bark from its 381-horsepower 5.7-liter-V-8, which relied on a six-speed automatic to keep the wheels spinning.

Backing out of the driveway was typically a challenge simply because of the Sequoia’s height. But, then, I figured anything short of the Sequoia’s daunting numbers was not likely to cause it too much damage.

Despite its size, the Sequoia moved well, relying on a surge of torque and rush of power to accelerate pretty easily, reaching 60 mph in an estimated 6.5 seconds.

But that was where most of the fun stopped.

Corners always aggravated the truck’s stiff, lifted suspension, creating a fair amount of body lean and a ride that really wasn’t much of one.

Moreover, the Sequoia’s slow steering made the big vehicle seem older than it was.

In fairness, I didn’t do any off-roading in the Sequoia, figuring that anything as large and costly as it was had better be at least as capable on concrete.

I could be wrong.

That impression seemed to dominate the Sequoia’s black interior – though I initially wondered if it was basic intentionally because of its off-road mission.

I finally decided that Toyota just didn’t feel like spending very much on the slow-selling truck’s interior.

Just about everything inside but the seats was plastic. A flat, deep upper dashboard dropped pretty suddenly into a mid-dash dominated by a seven-inch touchscreen that at least offered knobs for the audio and climate systems.

A broad black-plastic console kept things consistent, as did black door panels whose only trim was silver plastic around the switches.

The Sequoia provided seating for two up front, two in the back bucket seats and three in the third row of seats, offering good leg- and head-room in both back rows.

Meanwhile, the average-looking leather seats were smooth and reasonably supportive.

The only real option on my TRD Pro Sequoia was carpeted floor mats ($379).

I’m not sure that’s enough. Like most Toyotas, the Sequoia felt solid and well-built. 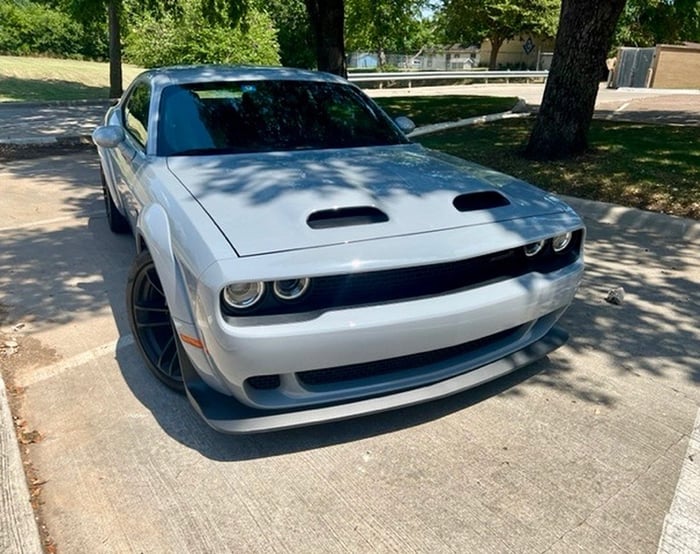 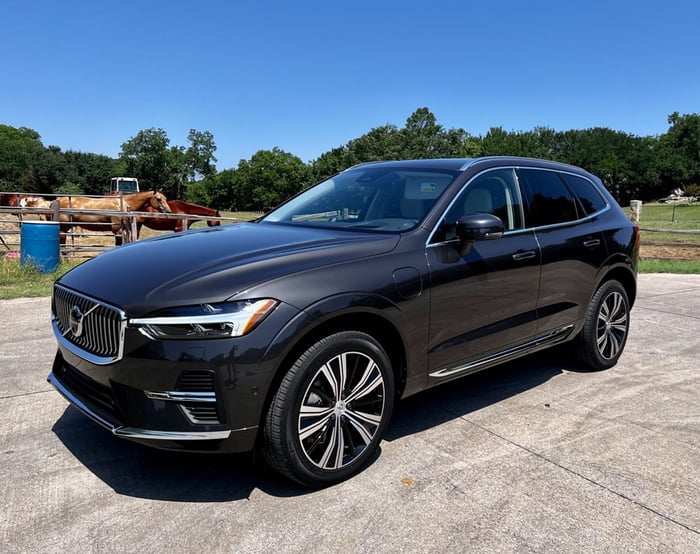