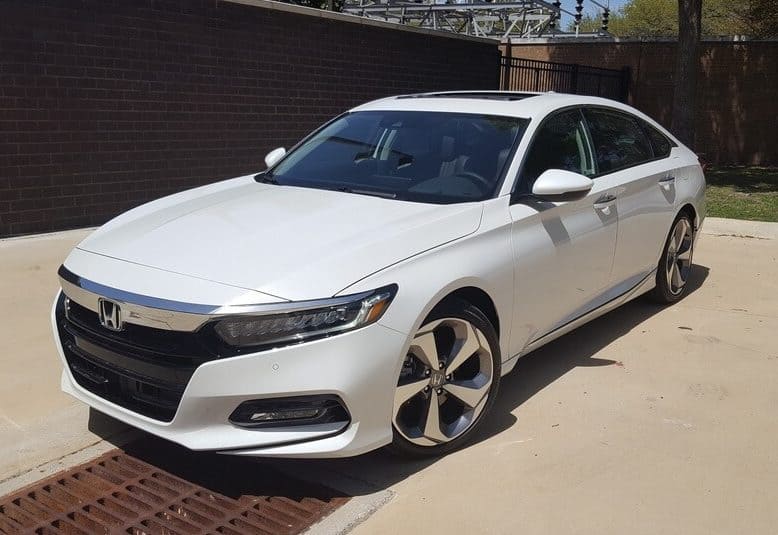 Just about every Honda on the road glows with virtue – sort of like freshly scrubbed Boy Scouts on roller skates.

Nothing new there. Hondas live so long – and reliably – their owners forget when they bought them and occasionally, where they left them.

Then at some point, their kids inherit them.

I once saw an ancient mid-‘80s Accord crawling down a neighborhood street on three wheels, its engine still purring amid a shower of orange sparks.

Even in the most flattering light, Hondas just don’t pop, looking either like faceless, forgettable pods or intergalactic transporters styled on the back of a scotch-stained cocktail napkin.

“Hey, let’s put a big wing on back and paint it electric lime green.”

So, I’ve got to admit my Detroit-centric jaw dropped an inch or two the first time I saw the scintillating 2018 Honda Accord Touring.

What in blazes happened? Did Honda quietly abduct a dozen or so Audi designers?  Maybe, but the new Accord may be a benchmark vehicle for Honda – easily the best-looking Honda I can recall and one of the best performing.

With big change like that stirring in the air, I fully expect to be taller and younger by summer. Speedo, here I come.

In a real 21st century twist of irony, though, the sleek new Accord joins the wonderfully restyled 2018 Toyota Camry at the top of the mid-sized sedan segment just as it is losing buyers to crossovers and SUVs.

Frankly, if the eye-catching new Accord and Camry can’t slow that erosion, I doubt anything can. (I’ll tell you about the new Camry next week, incidentally.)

The chiseled white Accord Touring I had recently looked a little like an Audi from some angles. Honestly.

Although the top of its grille sported plenty of chrome, most of it was blacked-out and taut, abutting slender, nine-projector headlamps – probably lifted from the Acura.

A long, broad hood, meanwhile, conveyed a sense of power, as did graceful, slightly flared fenders with short overhangs.

Though the sides were mostly smooth, they wore a distinct character line above the door-handles and more definition down low that provided quiet tension.

Everything clung tightly to stylized 19-inch alloy wheels wrapped with 235/40 tires – as you might find in a smallish German sedan.

Still, the best style element, I thought, was a seriously curved top and sloping rear window that kind of gave the Accord the profile of an Audi A7.

Can life get much stranger? Unlike the otherworldly styling on the new Honda Civic, the Accord keeps it conventional in back, employing big wrap-around taillamps that complement the car’s crisp subtlety.

Moreover, as a long-time player in motorcycle, Formula 1 and other racing, Honda knows how to extract horsepower from small, high-revving engines and tune it for the street.

My front-wheel-drive Accord was equipped with Honda’s newest bad boy – a turbocharged 2-liter four spinning out 252 horsepower through a refined 10-speed automatic.

Despite the sedan’s 3,400 pounds of weight, the engine never seemed to struggle or display much turbo lag.

Its grunt and shove – a stout 273 lb.-ft. of torque – arrived at a diesel-low 1,500 rpm, meaning power seemed as ever-present as bad news from Washington.

Step hard on the accelerator and the Accord will briefly spin its front tires before settling into a rich thrum and clicking off rapid, 6,000-rpm shifts.

Sixty mph is a brief 5.5 seconds away, according to Car and Driver, and just as impressive were the Accord’s firmly compliant ride and pleasantly aggressive handling.

It dove eagerly into corners, leaning slightly but maintaining a clean line and grip through moderate-speed corners.

Granted, the Accord is not quite a sports sedan, but it would likely embarrass a lot of near-luxury sedans costing $10,000 more.

Even the steering felt ready to play, turning quickly with a little sporting heft in it.

With gas prices going up again, though, you may want to focus on the Accord’s frisky personality. Mine was rated at a so-so 22 miles per gallon in town and 32 on the highway.

All this goodness comes at a price, of course – nearly $37,000, in fact. But I never thought the car felt over-priced.

The dashboard in my Accord’s black interior, for example, curved gently down from a large, sloped windshield, wrapping around a tablet-shaped display screen that finally provided real buttons for the audio system.

A thin strip of dark wood divided the upper dash from the mid-dash, while a push-button shifter – with buttons for “P,” “N” and “D” and a lever for reverse – anchored the console.  (Trust me, you can easily get accustomed to them. Acura has had them for a few years.)

The safety nannies, of course, reside up front, where Honda’s array of equipment included rear cross-traffic monitor; blind-spot and lane-departure warnings; adaptive cruise control; and lane-keeping assist, and get this: my top-of-the-line Touring model didn’t list a single option. Everything was standard.

Which made me wonder: Will the high-content, better-styled Accord cut into luxury division Acura’s modest sales?

I wouldn’t bet against it. 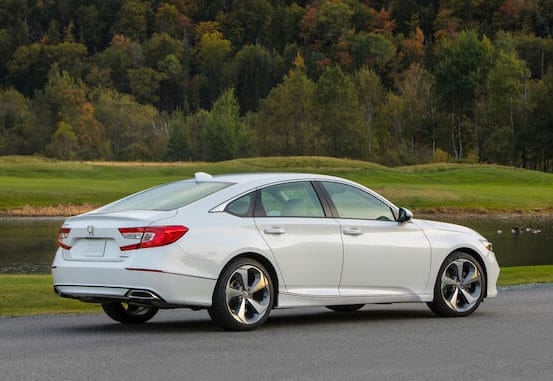 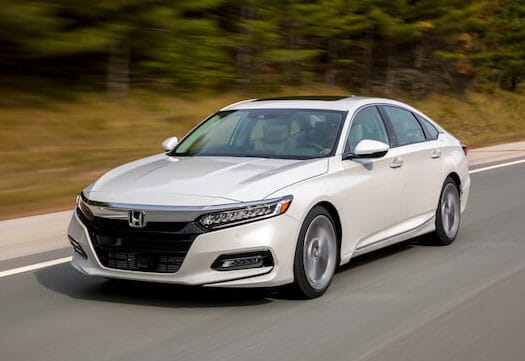 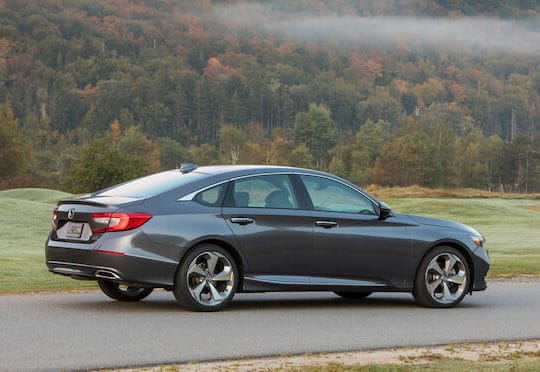 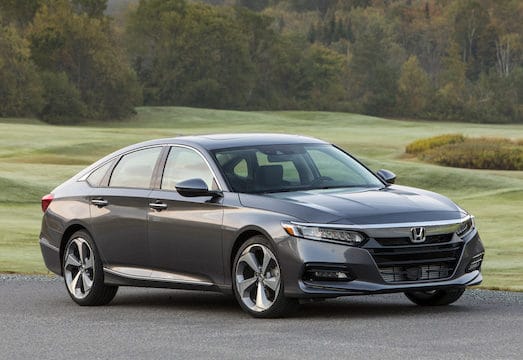 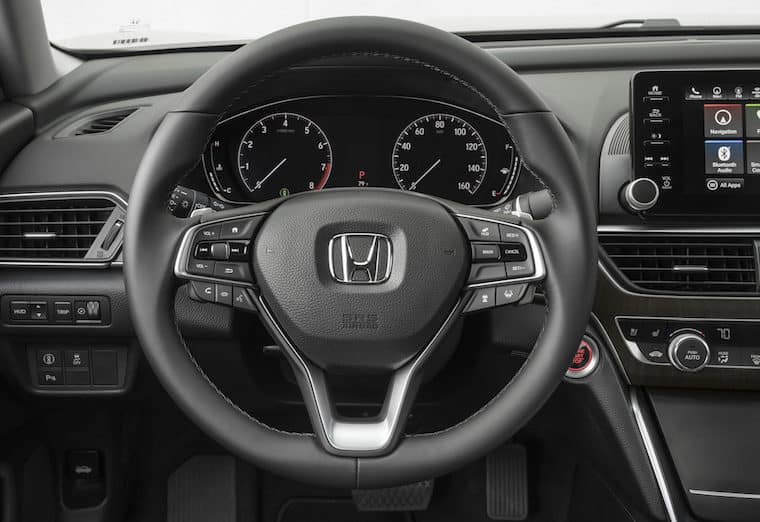 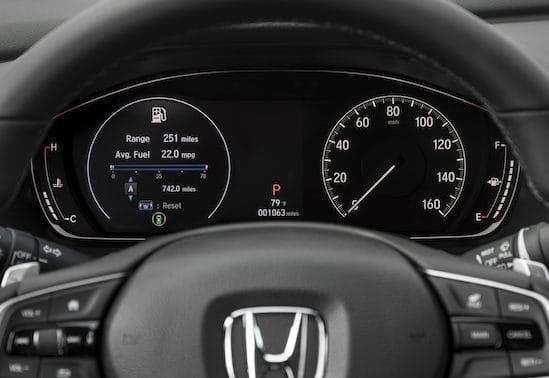 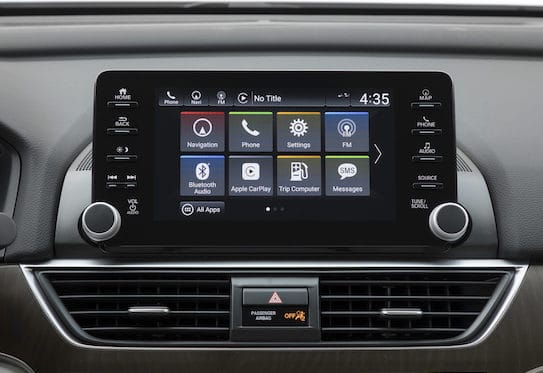 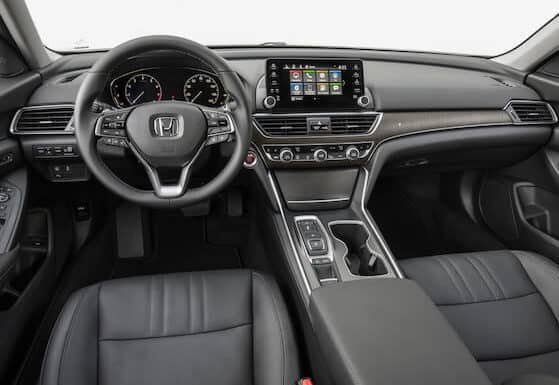 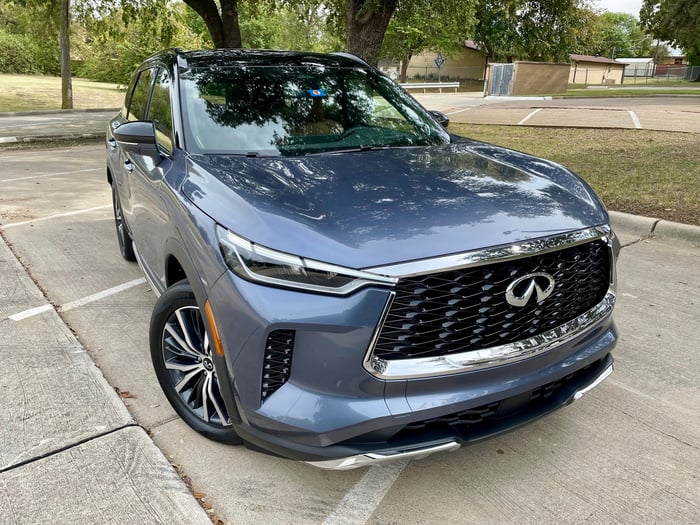 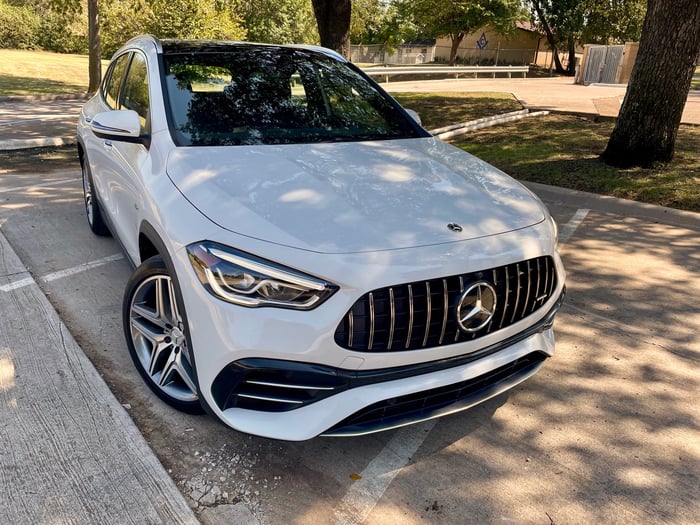