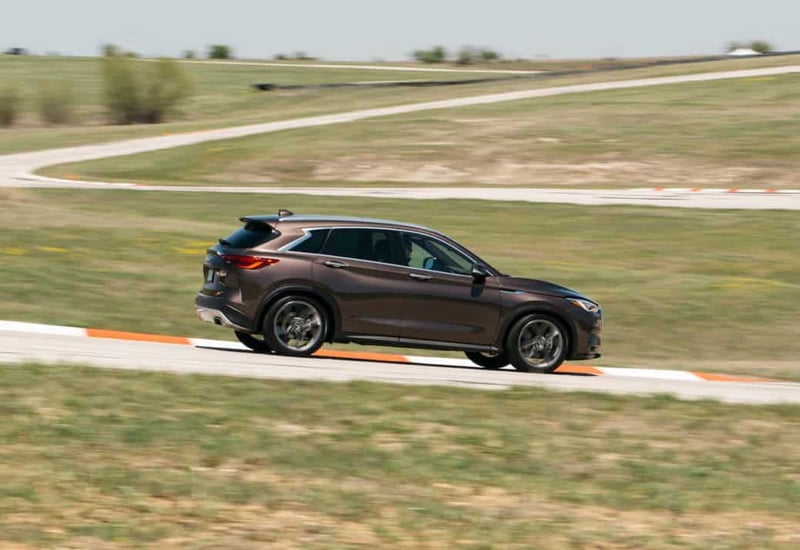 You know you’ve been an automotive journalist for a while when an engine excites you. Well, such is the case of Infiniti’s new VC-Turbo, plopped under the hood of the all-new 2019 Infiniti QX50.  And the new, state-of-the-art engine is just part of the story of Infiniti’s redesigned compact SUV.

I had the chance to check out the new QX50 at this year’s Texas Auto Roundup, an annual event orchestrated by the Texas Auto Writers Association. The QX50 is completely redesigned from the ground up on a new platform. And it’s the first Infiniti to feature the aforementioned VC-Turbo that’s been two decades in the making.

The new engine, which on paper is quite remarkable in achieving both performance and efficiency, made the QX50 one of the stars of the roundup. In fact, automotive journalists, including yours truly, were so impressed with the new engine tech they voted it Best New Feature over other entries that included the Ford Mustang’s new 12-inch digital cluster and Amazon Alexa in the new 2019 Toyota Avalon.

From the moment I stepped on the gas pedal,  the QX50 impressed me. Not just with the VC-Turbo’s 268-horsepower, but with its confident handling on the 2.5-mile racetrack which included slalom, acceleration, and braking tests. It’s also a great looking compact luxury SUV on the outside. But open the doors to the Autograph Package and you get really wowed. 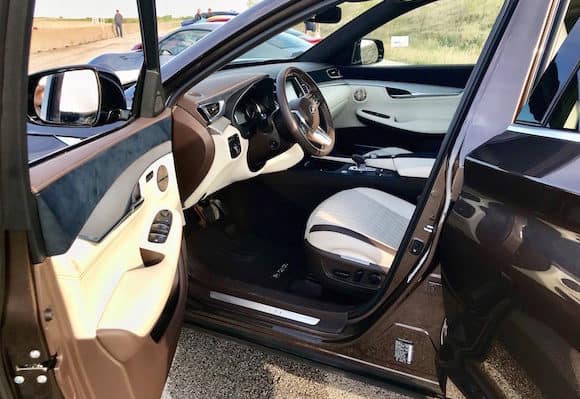 This is one of the best-looking interiors I’ve ever come across, with multi-toned surfaces, rich textures, and quilted seats. We’re talking premium comfort and extremely roomy, too.  (The QX50 also appears on the 2018 Wards 10 Best Interiors list.) Kurt Hoffman, Product Planning for the Infiniti QX50, gives us some of the SUVs highlights, including its available Pro-PILOT semi-autonomous technology.

Engine specs can admittedly get tedious. But here’s the big picture. The VC-Turbo is the world’s first production-ready variable compression ratio engine – that, in Infiniti terms, “transforms on demand”.  That is to say, it seamlessly adjusts its compression ratio between 8:1 to optimize power and 14:1 for high efficiency.In the simplest terms, it’s like having two engines in one. 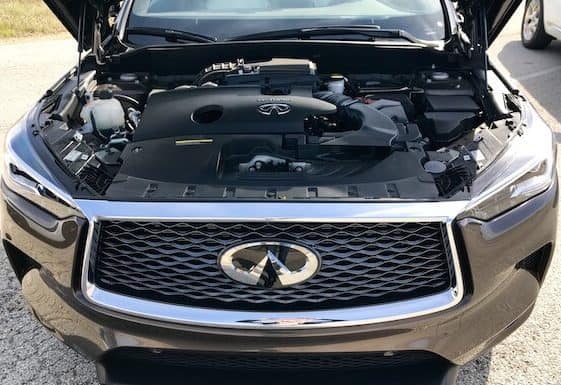 It combines the power of a 2.0-liter turbocharged gasoline engine with the torque and efficiency of a 3.5-liter V6 engine.   The engine, paired with Infiniti’s XTRONIC continuously variable transmission, delivers 268-horses and 280 lb.-ft of torque.

The 2019 Infiniti QX50 is in dealerships now starting from $36,550. Prices stretch up past $45K for the top level trim with Infiniti’s Intelligent All-Wheel Drive. Feature Photo Credit: Kevin McCauley