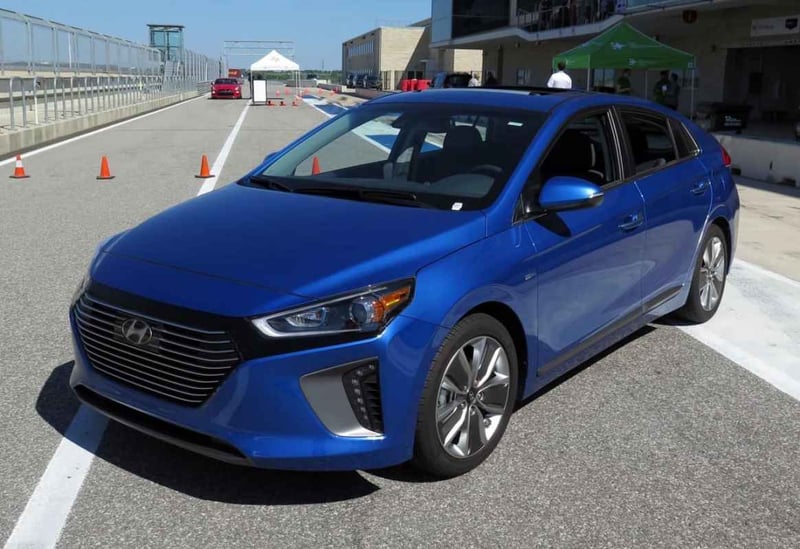 Meet the new 2017 Hyundai Ioniq - a car that Hyundai claims is the most fuel-efficient, non plug-in, vehicle in America. I had the chance to test drive the Hybrid earlier this month during the Texas Auto Writers Association Auto Roundup event at Circuit of the Americas. Here's how it went.

Overall, it's clear Hyundai went out of the way to make the Ioniq look like a mainstream car inside and out, as opposed to the images of oddly-shaped, less-than-conventional hybrid vehicles that generally come to mind. Approaching the Ioniq you're not even going to be thinking about a hybrid. Yes, the model features a hatchback with a split rear window similar to the Prius. But there's something about it that just feels, well, less hybrid-y and more normal gas car.  It has an overall compact coupe crossover feeling. This would especially hold true in a less hybrid known color like white or black. Blue just notifies others of your eco-friendly status.

There's one weird thing that really stands out once you notice it. The Hyundai badge in the front grille is a fake. It's like a picture of the Hyundai logo in a grille in a little plastic frame.

The Cabin Is The Opposite of Prius-y

The inside certainly doesn't feel like a hybrid, either. There's a normal speedometer with a real dial. Sorry Prius, but that is one thing that makes you unforgivingly standout as a hybrid, but hey own it. I'd driven the 2017 Hyundai Tucson earlier that morning, and the cabin just feels like another Hyundai, which of course it is. As with the Tucson, there is a lot of hard plastic inside the Ioniq and not much in the way of soft touch materials. The steering wheel telescopes easily into a personally comfortable position. The seats are comfy and can accommodate taller drivers. The infotainment system mirrors the symmetrical shape of the grille inside with two side air vents. The infotainment system and climate control center media themselves are super easy to use and understand. It's a three-tier system with a standard 7-inch (optional 8-inch) touchscreen, below are manual push button controls for the media, and the lowest tier is climate control.

The center console is a little weird in that it offers an 'L' shaped compartment, a slot for what I assume would fit a tablet or clipboard, and two very different looking drink holders. It's usable but just a little awkward looking in the layout. This car is seemingly the smartest one I got into. Apple CarPlay and Android Auto come standard  It immediately connected with my Galaxy SmartPhone and gave me the chance to download and activate the Android App.

It has nice pickup.

The zip on this thing is not zip-a-day-do-da. Rather it's shockingly quick out of the gate and was the first test drive that day that actually had me howl like a lunatic wolf with excitement. (Okay, it might have been the Comfortably Numb playing on the radio, but I was anything but.) This "hybrid" is a hoot to drive. I pushed the 60-mph speed limit the whole time. No problems with breaking and launching and maintaining a solid sense of control and fun all the way around the track.

Naturally, it's fuel efficient. It's affordable, too.

Let's cut to the chase, shall we? The driving motivation behind going hybrid is fuel economy. It has an EPA-rated 57-city and 59-highway mpg. Those numbers plus its 11.9-gallon fuel tank give it an estimated 690-mile cruise range (using the combined 58 mpg for the average). Kelley Blue Book recently nominated the hybrid newcomer as its second choice for its hybrid models under $40K calling it “nothing less than the most fuel-efficient hybrid on the market.” It starts at $23,035. However, if you want the top Limited model, like my tester, it will take you to $28,335. The middle SEL trim starts at $24,785 and adds on some key safety features including LED daytime running lights and blind spot detection. If you're looking for a plugin option, and live in California, right now you can get the 2017 Ioniq Electric base model for $30,335. A plug-in Ioniq hybrid, like the 2017 Toyota Prius Prime, is coming in the fall with the 2018 lineup. 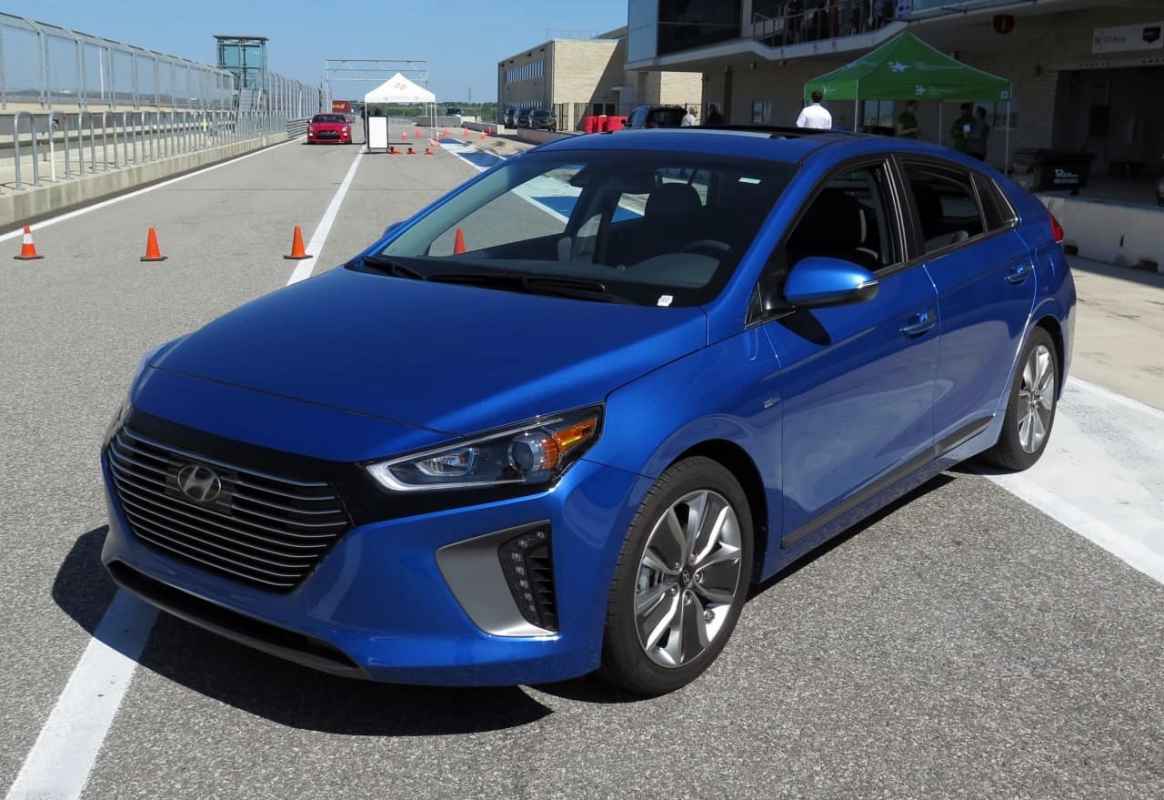 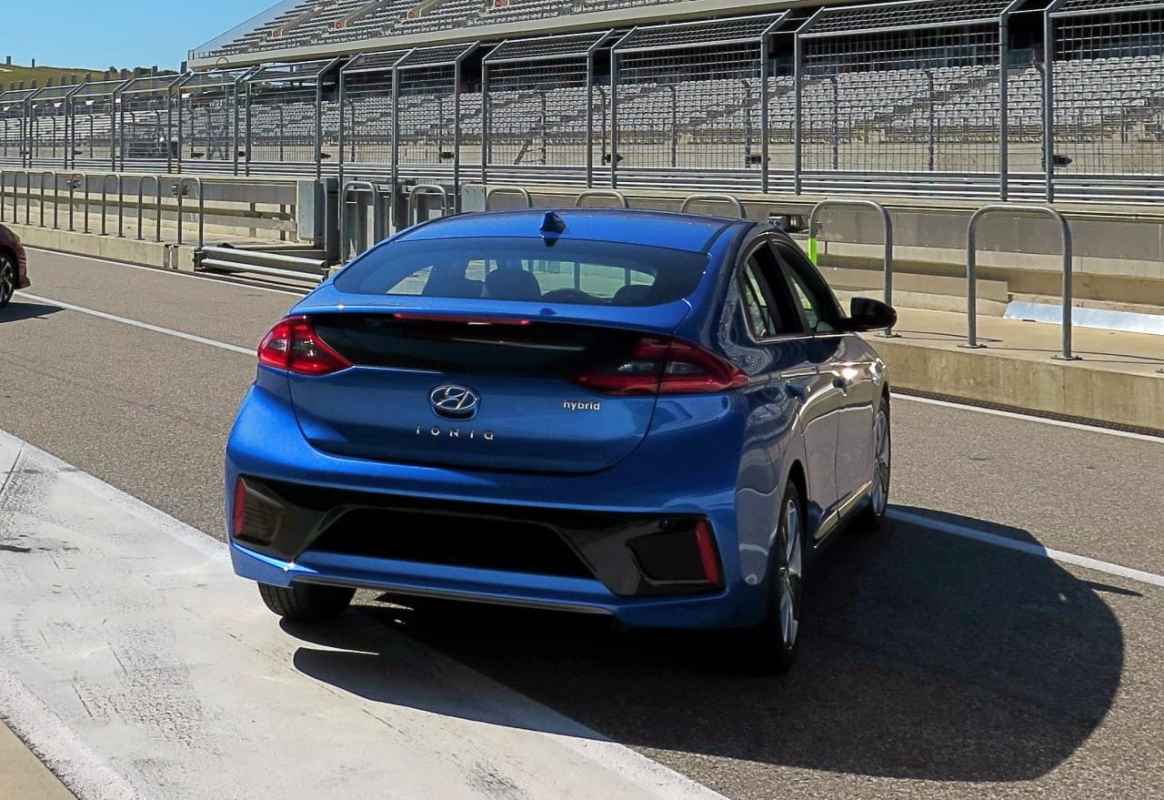 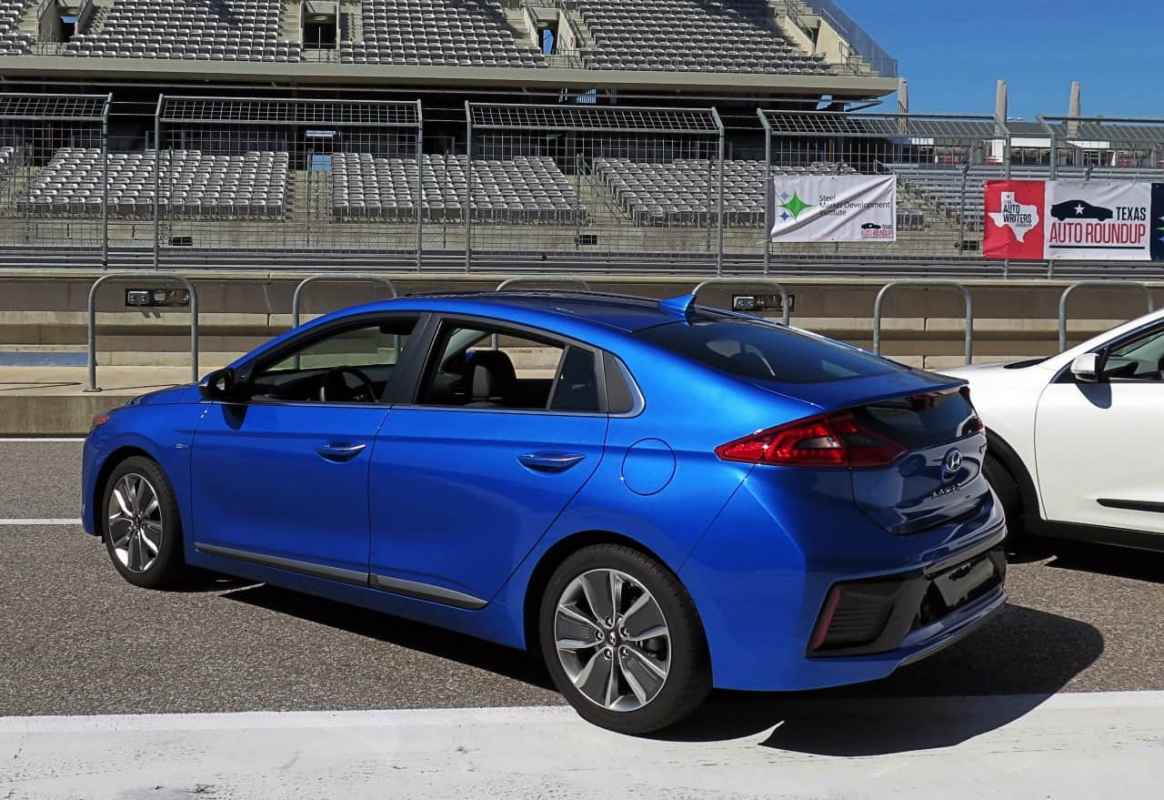 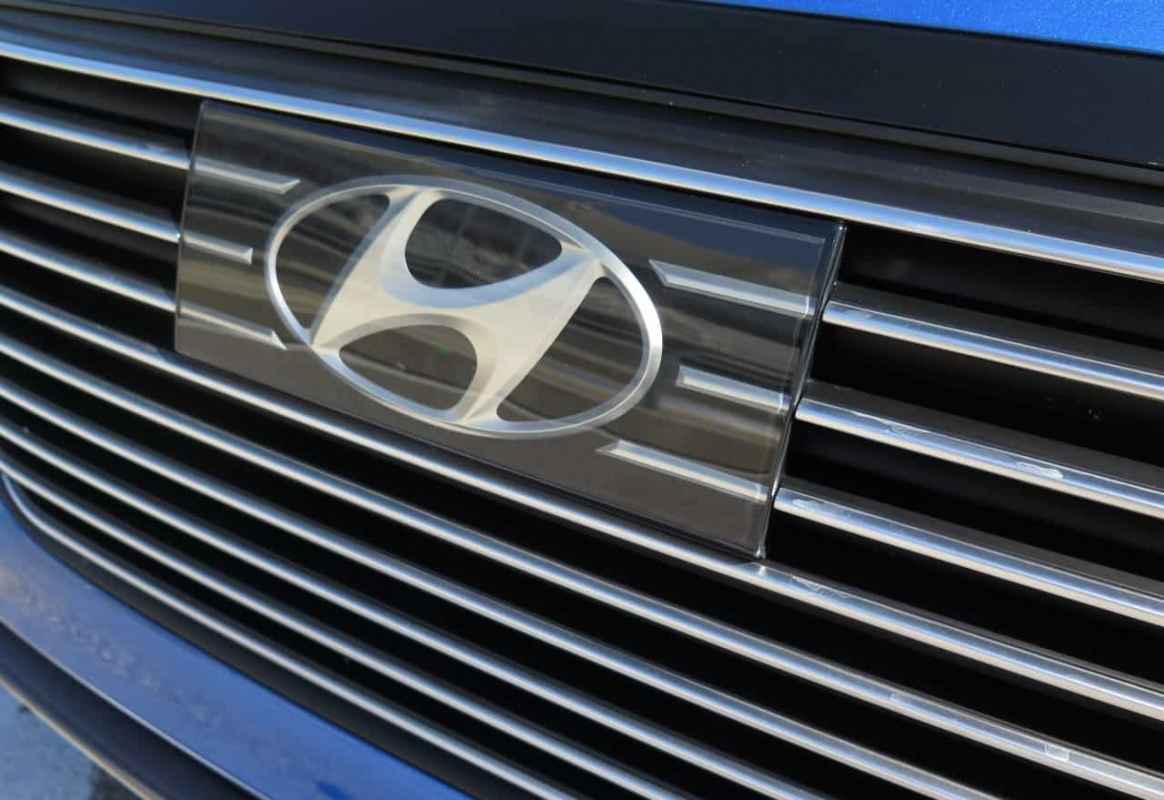 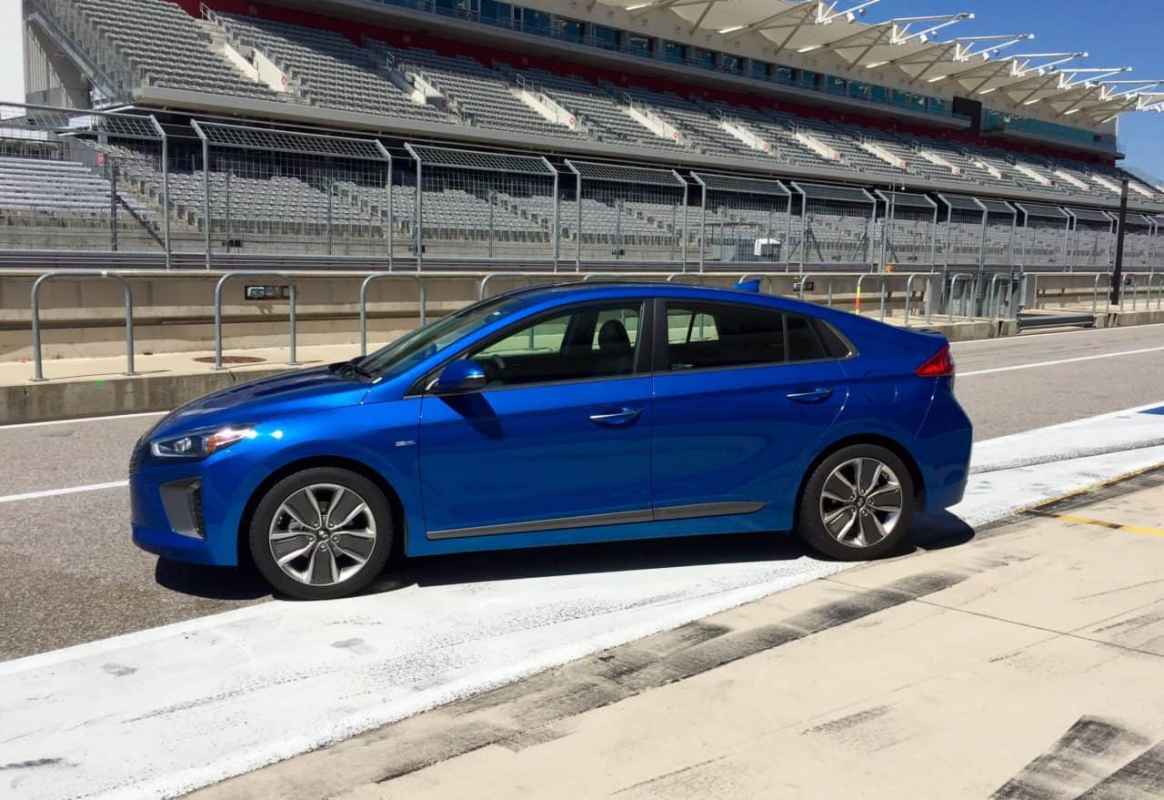 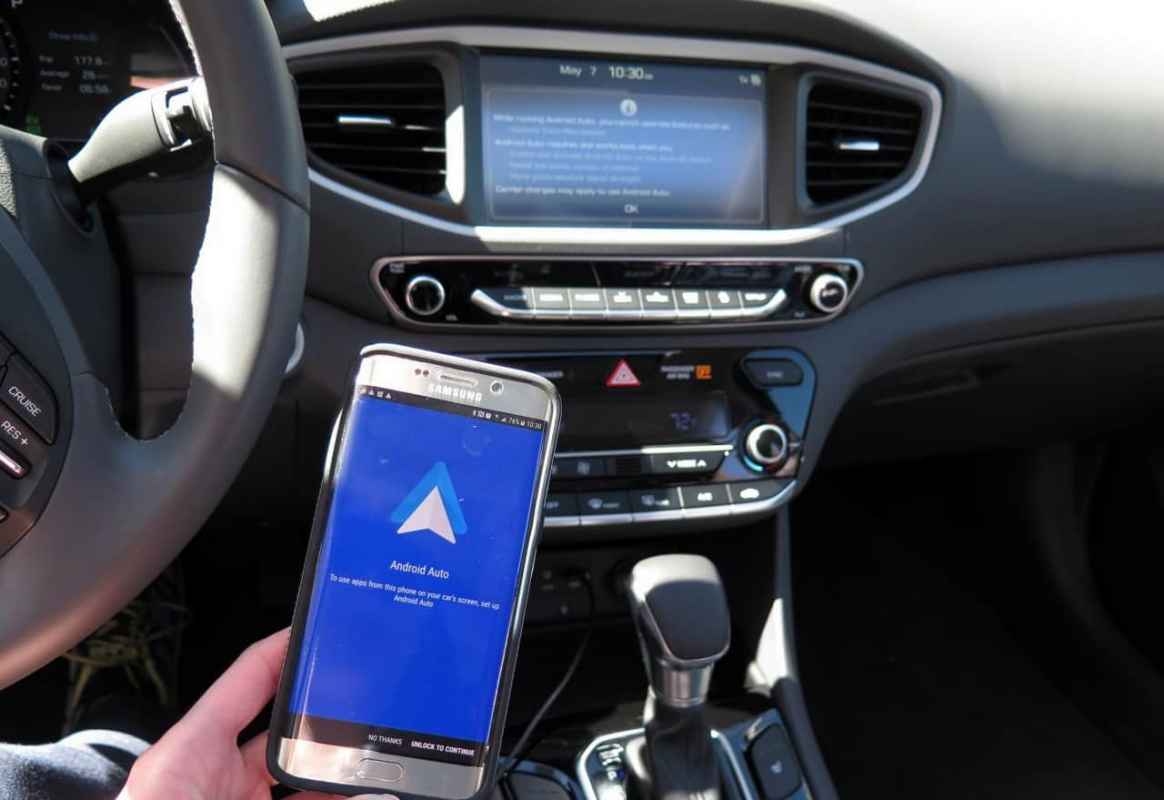 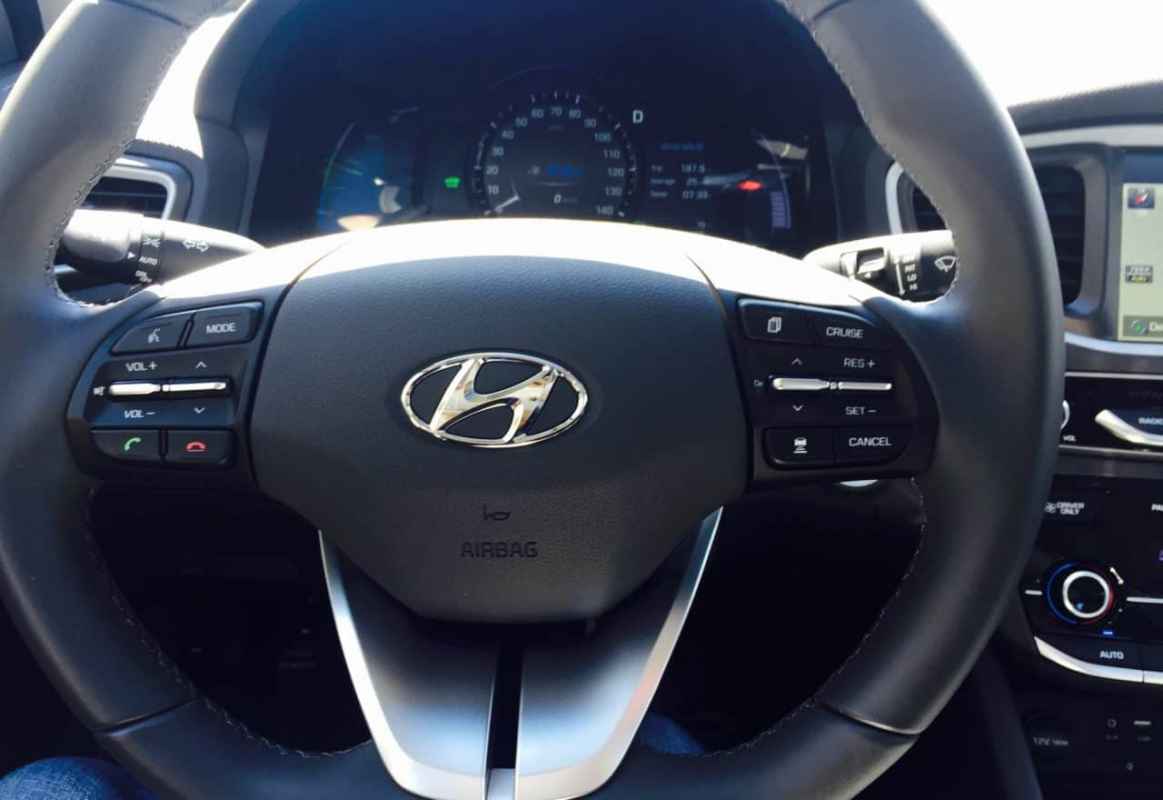 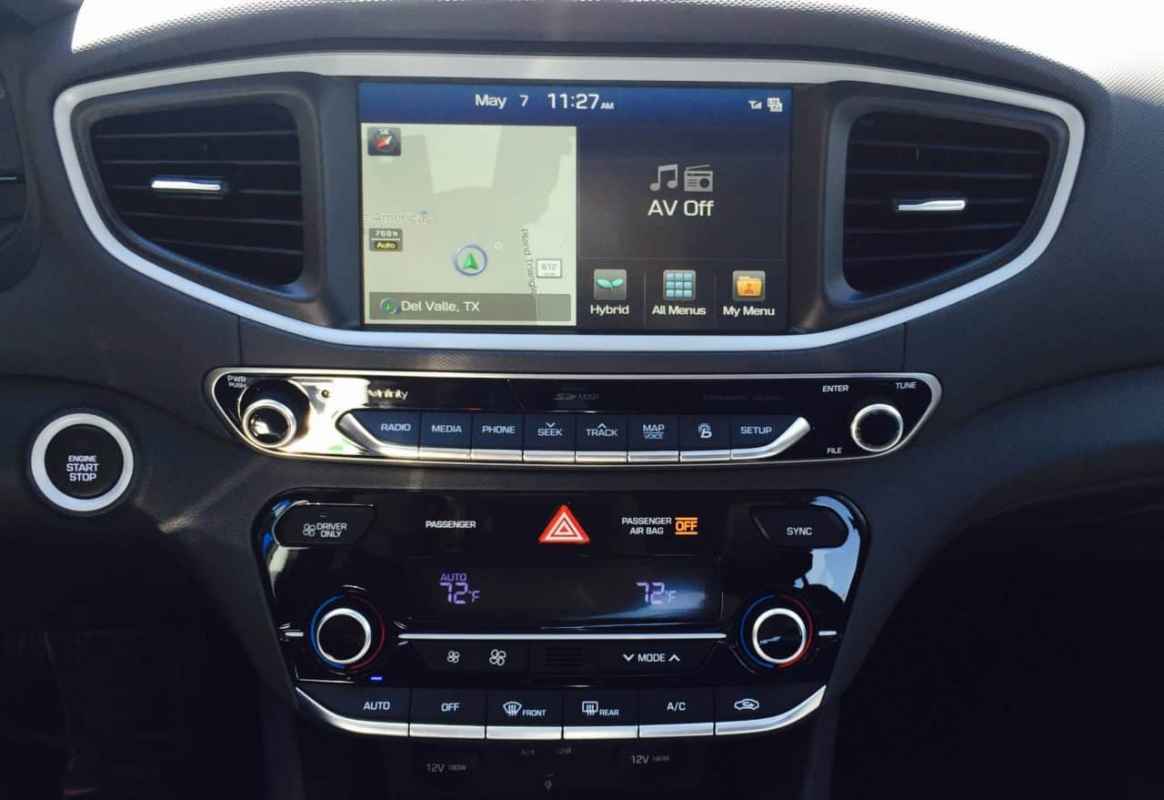 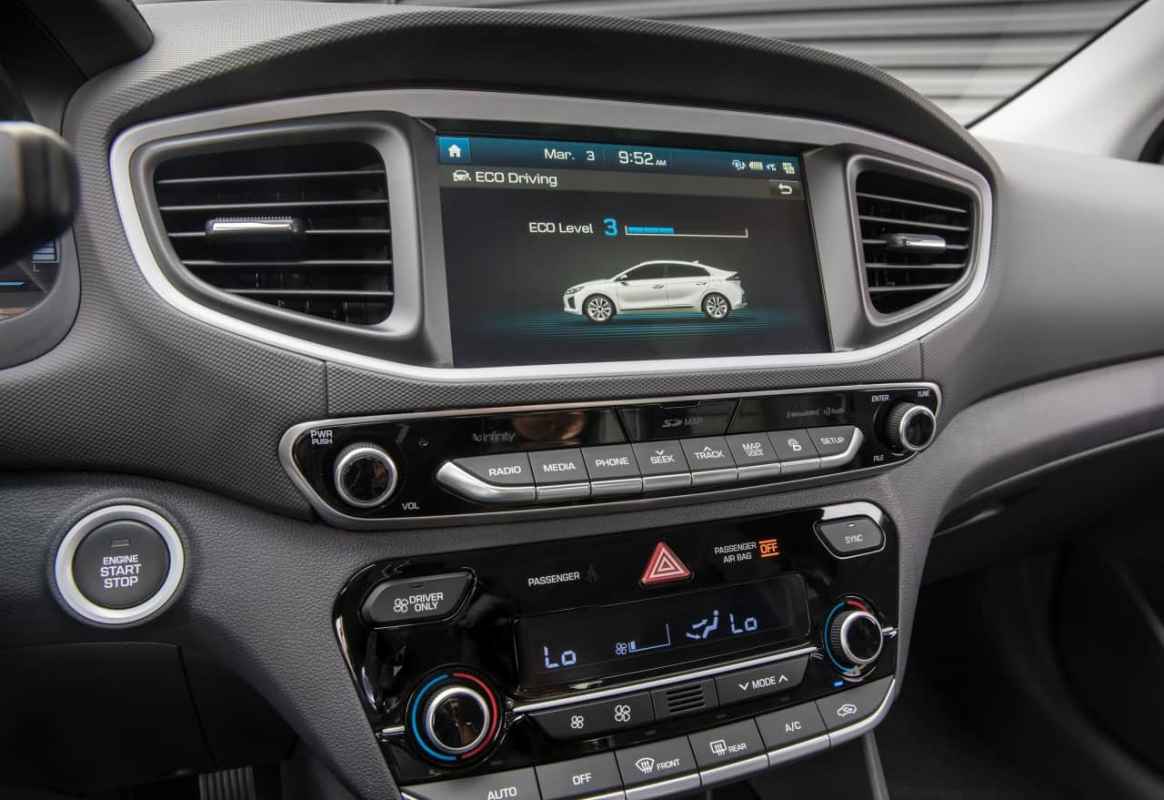 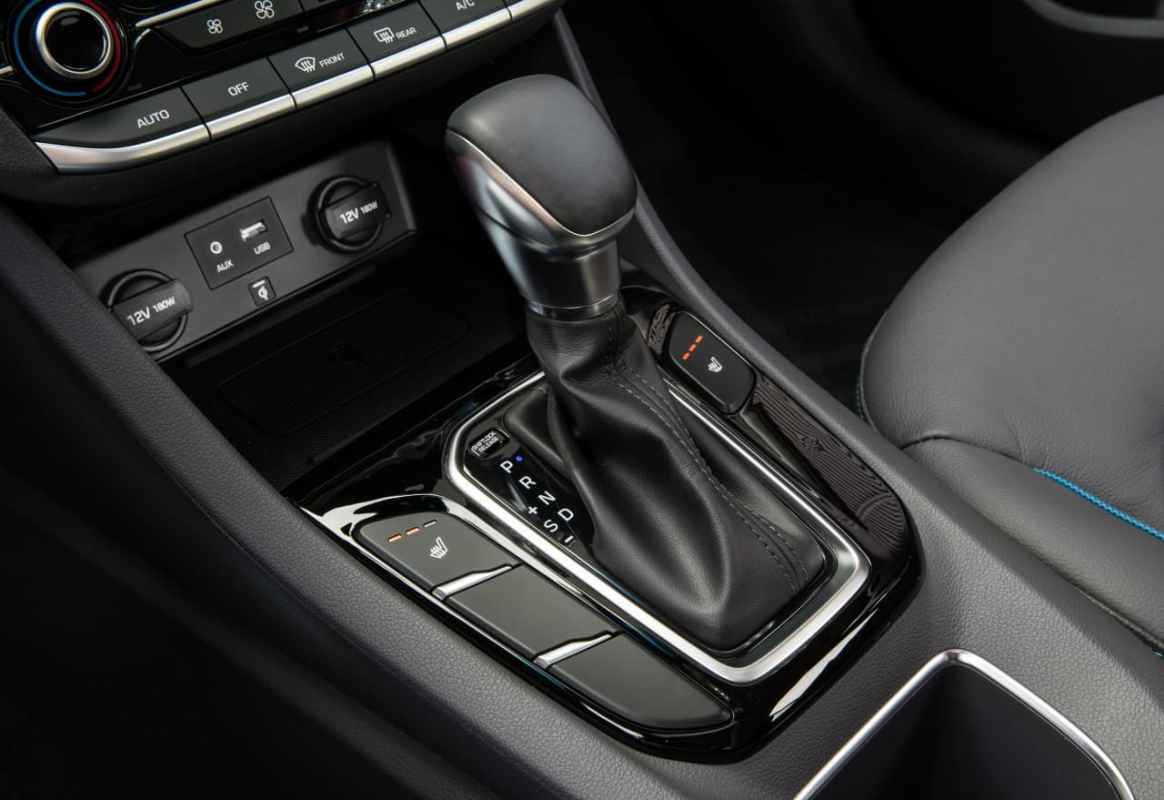 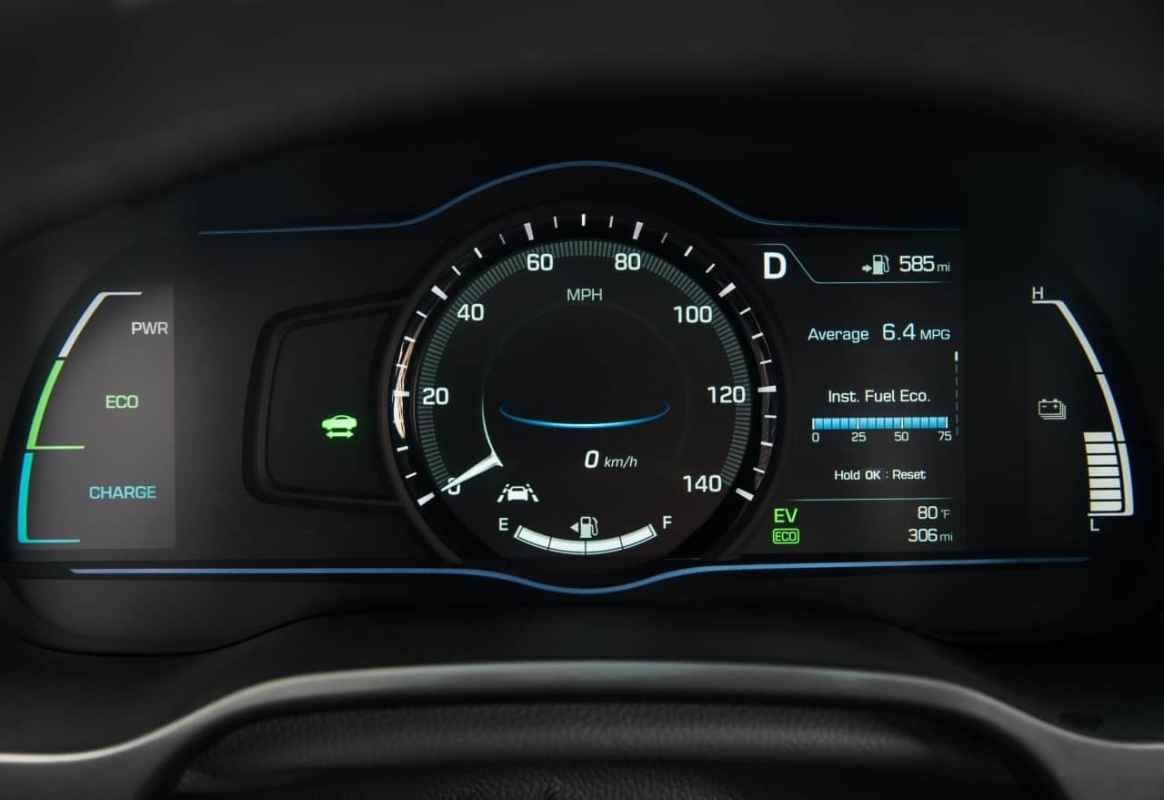 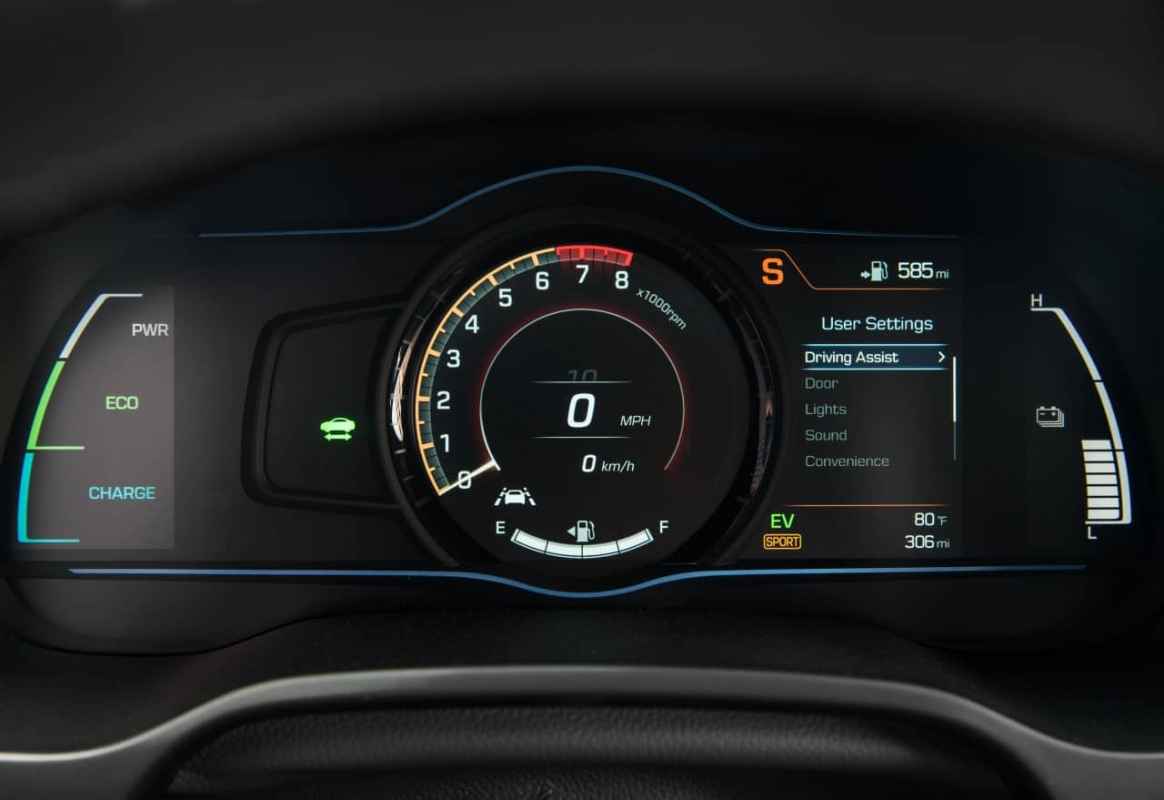 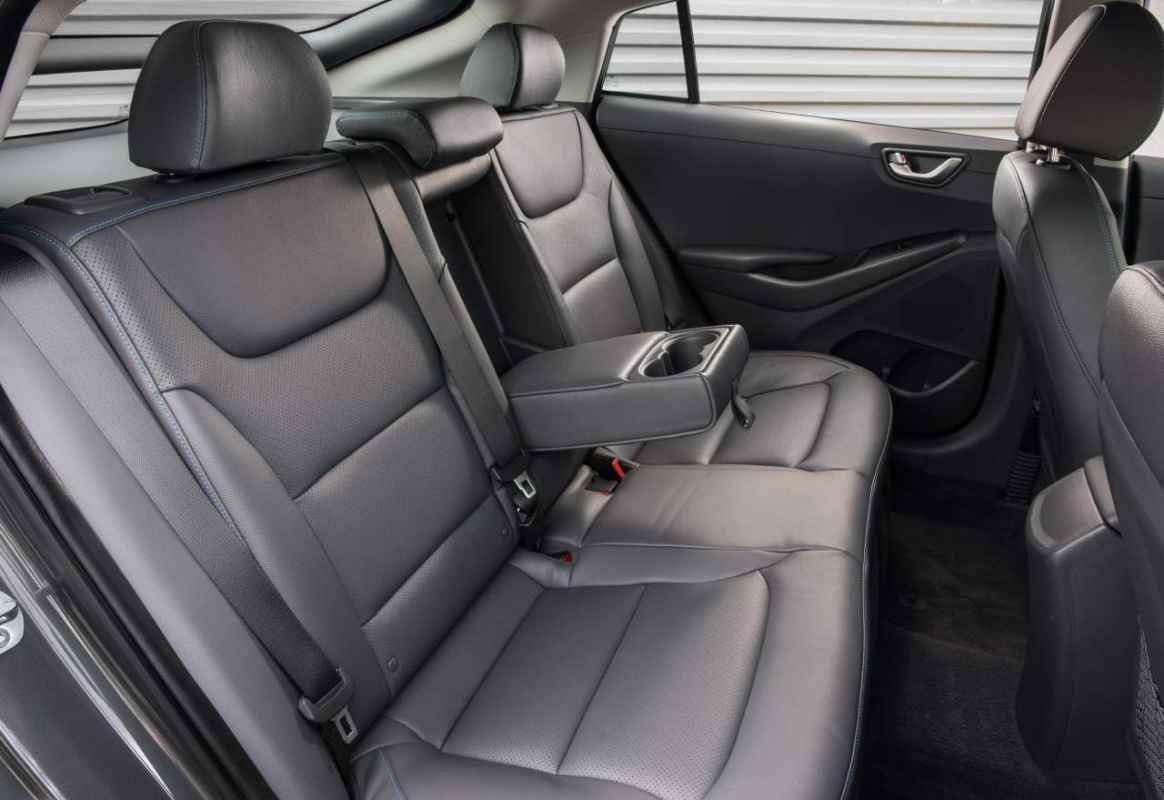 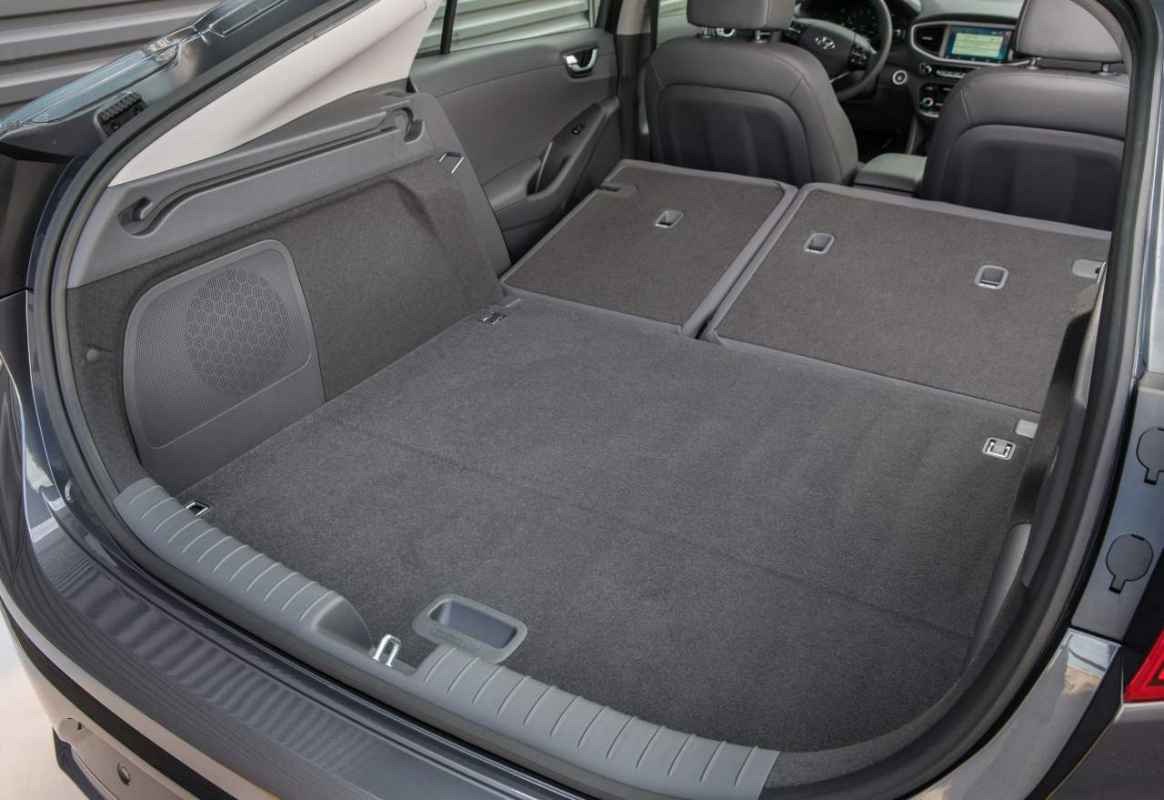 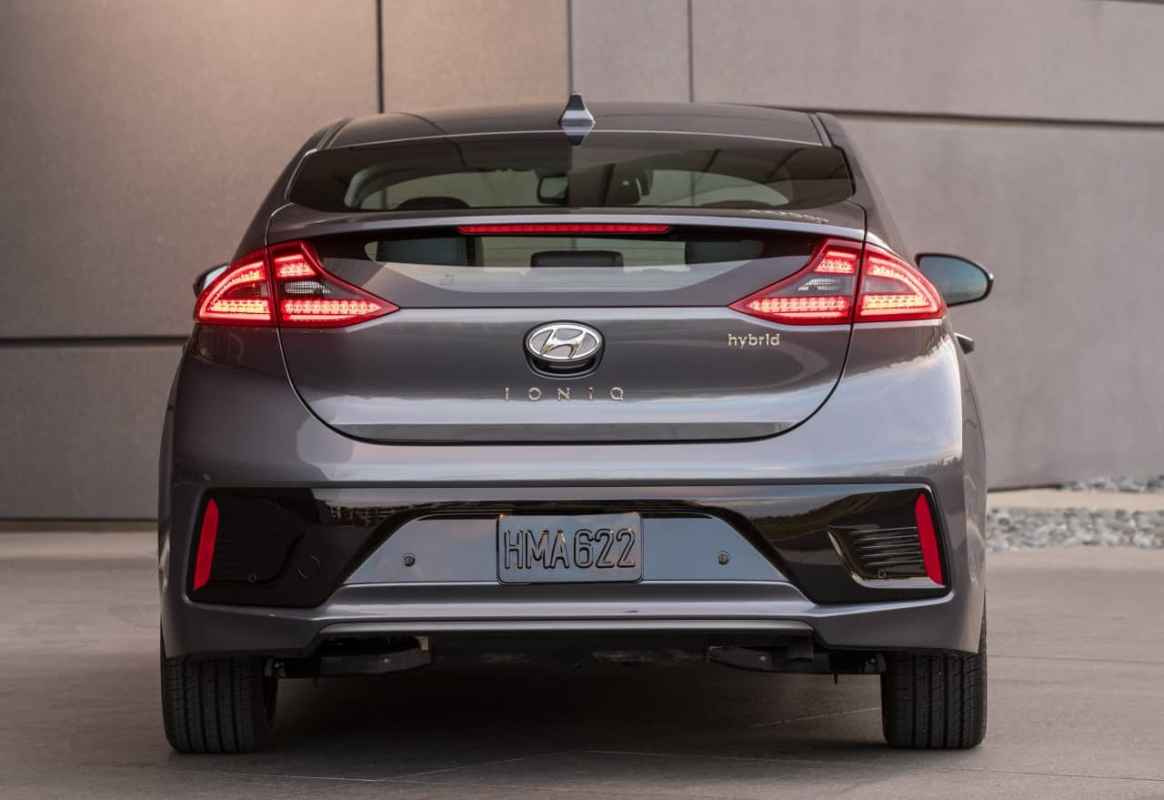 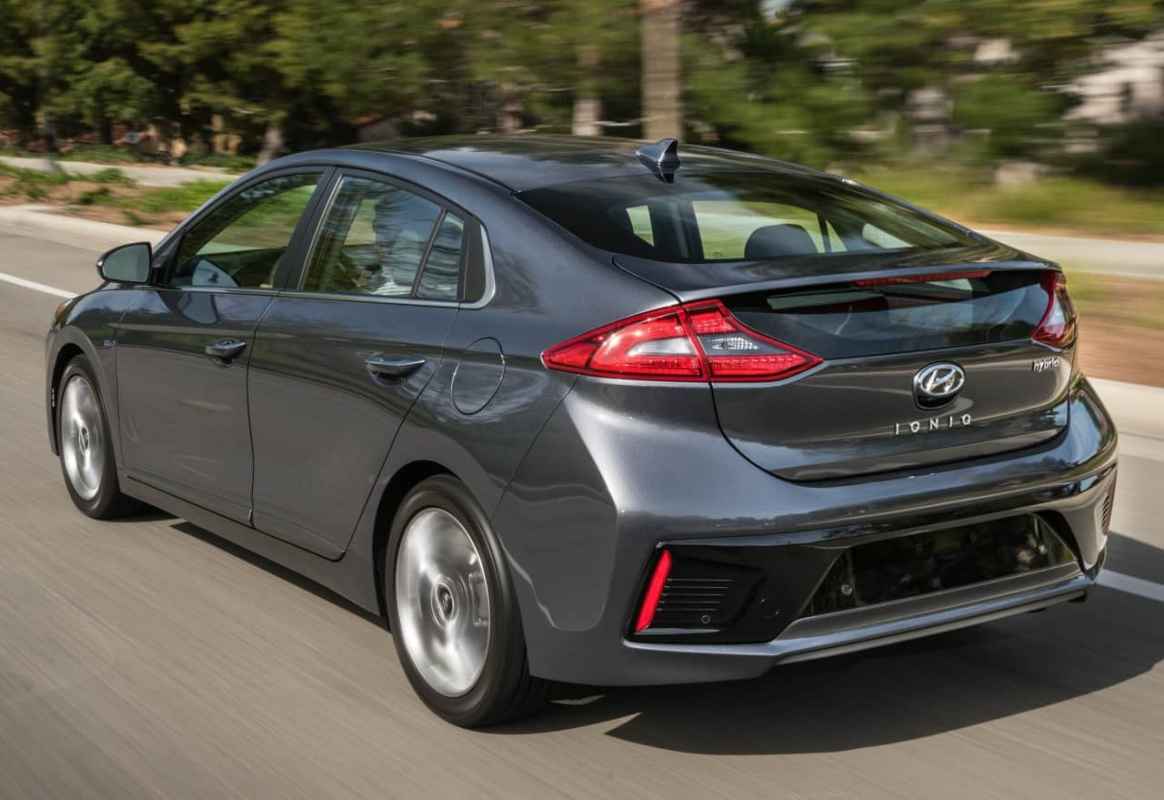 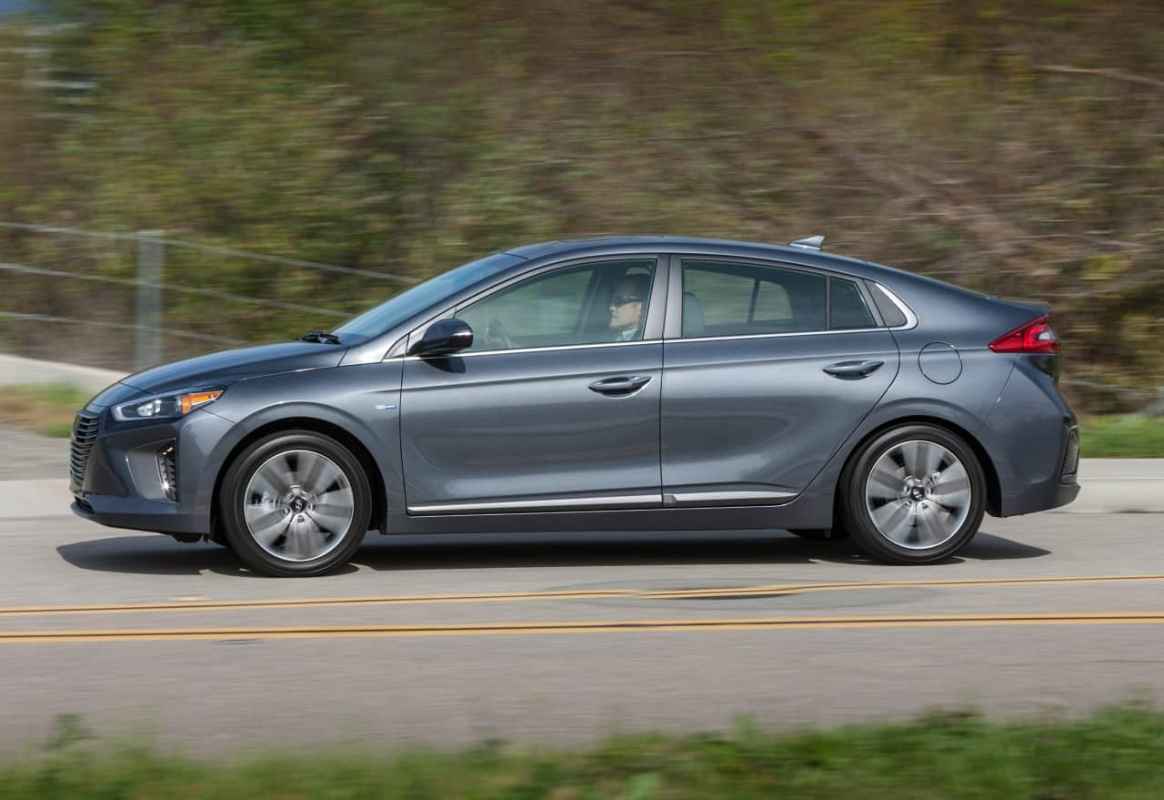 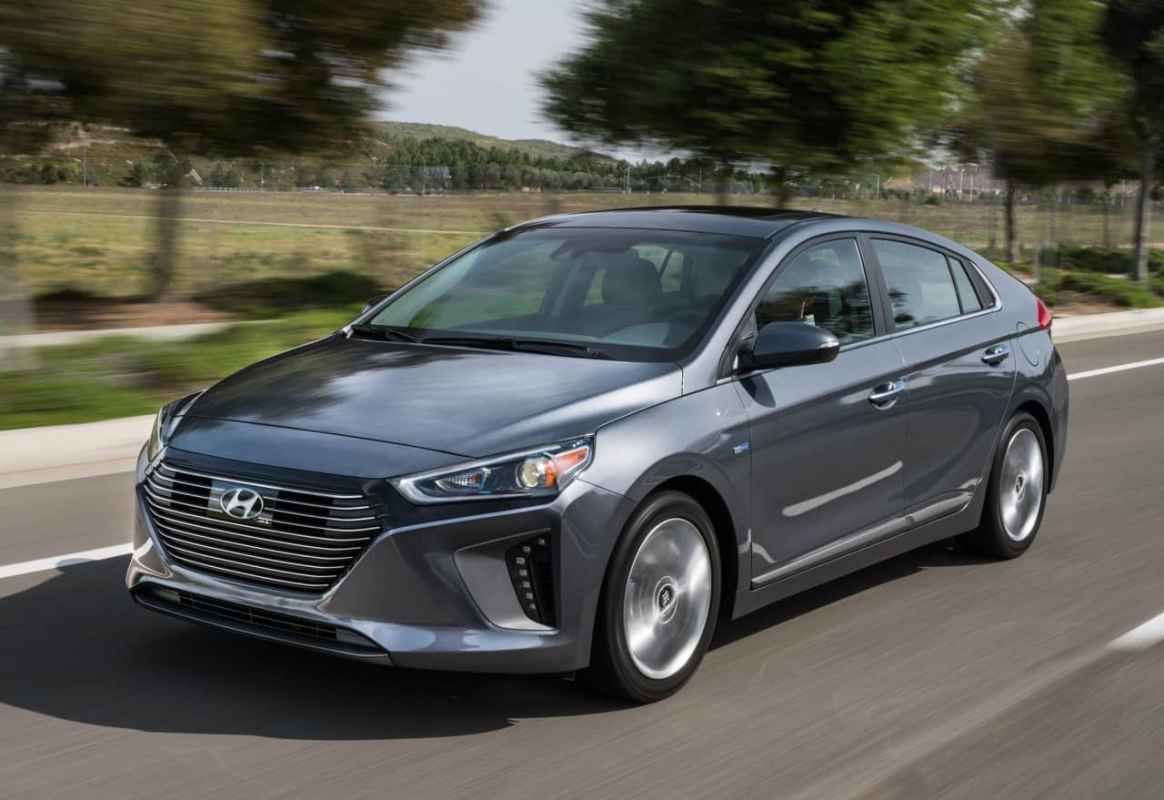 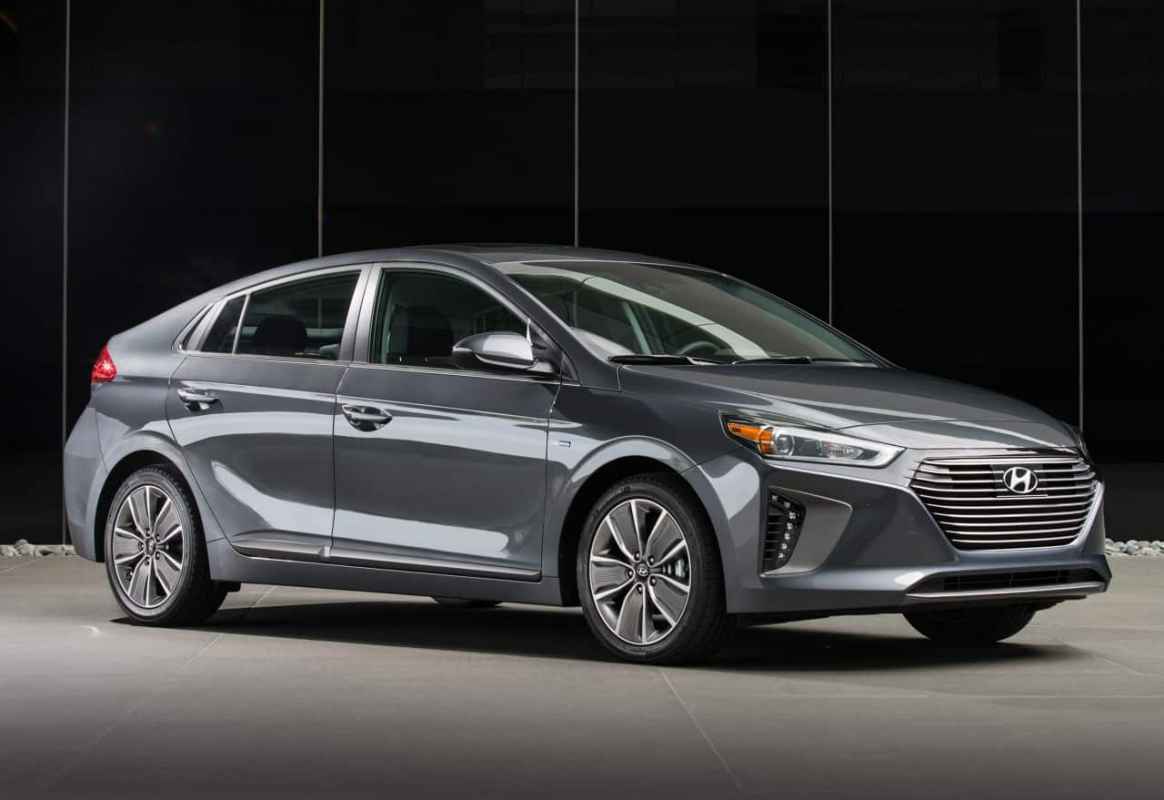