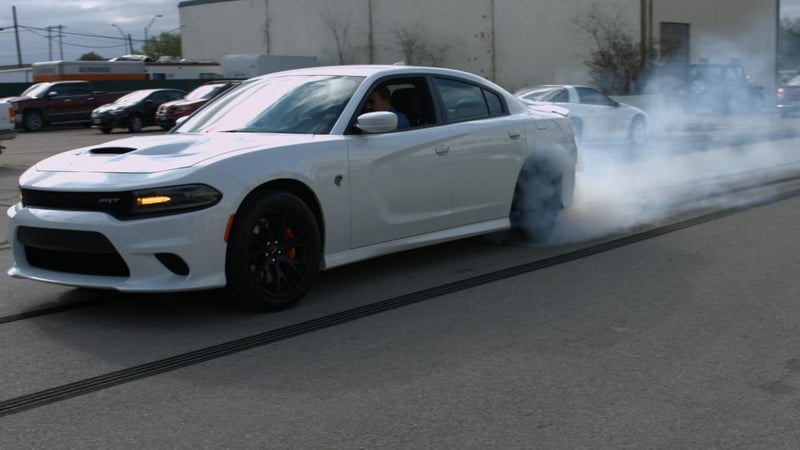 When you find yourself behind the wheel of the 707-horsepower Dodge Charger Hellcat there is but one thing to do and that's to have some fun with it. Check out Car Pro Show host Jerry Reynolds as he does both while test driving the world's fastest production sedan in his recent review.

In mid-March Dodge suspended orders for both Hellcats because it simply can't keep up with demand. It's so high, some orders reportedly may not be filled for months or years.  High demand has also led to huge price markups that go over the $50,000 mark. It adds up to a lot when you consider that is on top of the Dodge Charger SRT starting price of $63,995. (For a look into the dealer profit issue, check out our recent blog post Why A Dealer's Profit Doesn't Matter.) Fiat Chrysler also recently scolded some dealers for taking orders the automaker simply can't fill, at least for a good long while.  However, Hellcat.org reports that Dodge will build another 1,000 Hellcats and that they're being built as fast a possible.  Dodge has built and delivered over 2,200 Hellcats since they went on sale last year, but close to 10,000 orders have been reportedly been placed with dealers across the country, which is twice as many as it expected to build for 2015.