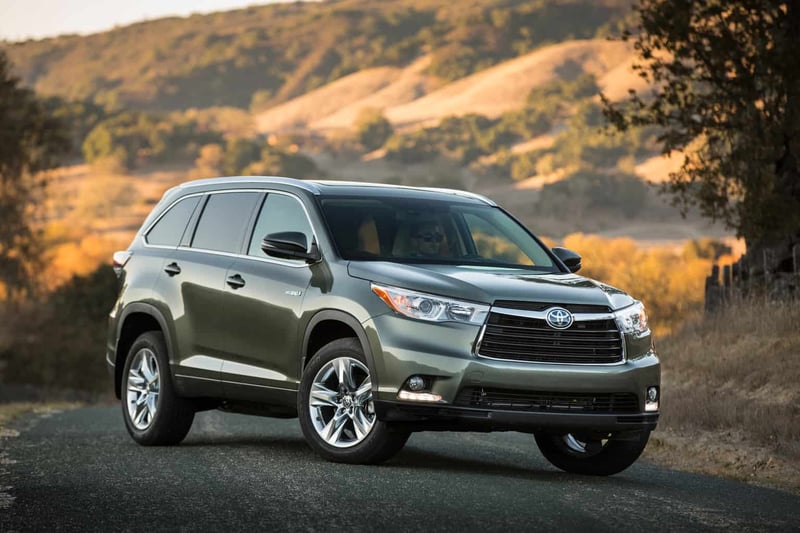 I spent a brief amount of time with the new Highlander hybrid. I have always loved the Highlander, but the 2014 Toyota Highlander hybrid brings a ton of positive changes, starting with the exterior looks. It is larger than last year’s model and is much sleeker. Also new is a much cleaner and nicer interior. It is nice enough that this Highlander could easily be mistaken for a Lexus.

The hybrid system has a 3.5-liter V6, unusual for a hybrid to be a 6-cylinder. It has a CVT transmission and the rear wheels and the front wheels, are powered by an electric motor. Together they produce 280-horses. They are all all-wheel drive.

There is nice room in the second row seat, and the third row would hold two adults but kids would be more comfortable. Toyota built in 36% more room behind the third row seat and it has a ton of room in the back. Open the electric tailgate and you’ll have lots of room. There is also a window that will pop open in the tailgate, something a lot of SUVs are getting away from.

Second row seats slide easily forward for entry into the third row seating, which provides a flat surface when the seats are folded down. I wish the third row was electric, but they do operate easily both up AND down.

My tester is super loaded with heated and cooled seats, a huge panoramic sunroof, and a really cool feature where the driver can amplify his or her voice to talk to people in the 3rd row through the radio speakers.

It has a great navigation system and rearview camera. This very large SUV gets an amazing 28 miles per gallon combined and although a hybrid, it will tow 5000 pounds. Toyota knocked the ball out of the park with this one!