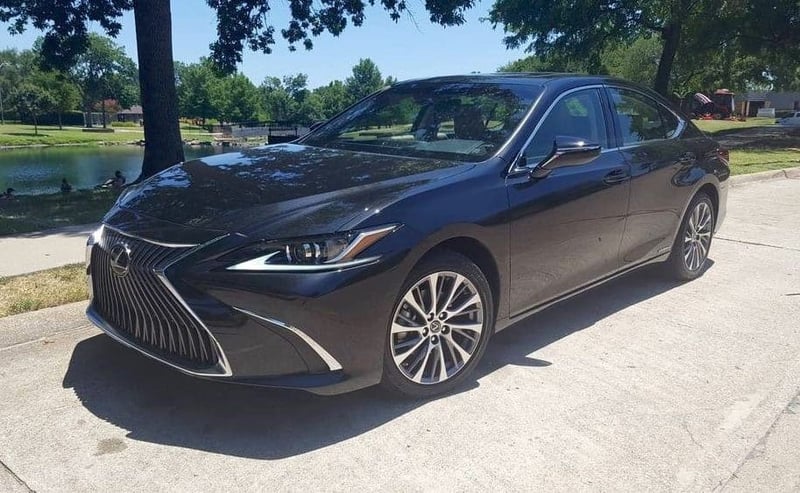 Don’t expect the new, “more exciting” Lexus ES 300h to arrive at your next party wearing longhorns on the hood and teetering on 24-inch purple wheels.

It’s not quite that wild and western.

But as you may know, the big-suit at Toyota/Lexus, president Akio Toyoda, wants every new vehicle of his to pack more dazzle and sizzle.

That looked like one heck of a hurdle when Akio issued his decree several years ago. I once took several colleagues to lunch in a previous-generation Lexus ES and everyone was asleep before we got out of the parking lot.

OK, that might be a slight exaggeration, but for most of its existence, the hybrid ES 300h has been mild as leftover mashed potatoes, hold the pepper.

And though BMW and Audi still have nothing to fear, the 2019 ES 300h I had recently definitely takes some significant steps toward the politely wild side.

“How about a Zipperhead beer and an ankle tattoo, Lex?”

Of course, first I had to get past the giant cow-catcher grille on my black ES 300h, a profoundly clumsy device I’m sure you’re tired of my carping about.

Hey, at least the vertical slats in the new grille were spread wider apart and curved, so it didn’t really look awful – just somewhat comical.

Actually, I think it would make a great shield in jousting tournaments.

From there back, though, the view got a lot more pleasant.

Although mostly smooth, the huge doors and sides of the ES sported a subtle muscular roll in them that was pulled tightly and tapered at their bases.

An interesting character line up high began kind of faintly, growing deeper near the tail lamps and forming a nifty little shoulder on the rear fender.

Though the car’s subdued 18-inch multi-spoke alloy wheels and skinny 235/45 tires didn’t quite fit the groove, they looked more or less right on a hybrid, I guess.

Like many of the larger hybrids at Toyota/Lexus, the ES relied on a frugal 2.5-liter four-cylinder engine and two AC motors to generate a total of 215-horsepower.

The idea is to use the electric motors to help get the 3,800-pound ES moving from a stop and periodically assist the four-banger as it pushes the mid-sized sedan down the road, saving fuel.

As always, sadly, the well-developed power plant was tied to a belt-and-pulley CVT transmission that while improved, is no match for real gears.

Still, I have to admit Toyota/Lexus has so polished this modest combo over the years that its parts aren’t particularly noticeable anymore – for better or worse.

And get this: the ES is rated at 43 miles per gallon in town and 45 on the highway.

While slower than the standard V-6-powered ES, my stylish hybrid pulled effortlessly away from stops, accelerating with a heartening little surge.

Stick to the suburbs and 40 mph speeds and you will view the ES as pretty darn lively.

But put your foot down on a lightly traveled freeway and you’ll be less impressed. The power flattens out quickly with speed, resulting in a leisurely 8.3 second run to 60, according to Car and Driver.

The ES will still merge easily and cruise with 80-mph traffic and its somewhat sporting suspension stepped confidently over bumps and around corners while providing a smooth, quiet ride.

Predictably, though, its steering was as numb as a veteran tequila-drinker’s tongue.

Most buyers, however, will view the car’s much-improved interior as its best step forward.

(And incidentally, the ES I had was a pre-production model with no window-sticker. But I believe its cost, as equipped, would be around $50,000.)

Taking some cues from larger Lexis, my ES featured a graceful two-tier dashboard in pliable black plastic with a large display screen set into the lower tier.

Meanwhile, a sleek panel in the lower portion of the dash contained switches, buttons and a single knob for controlling the stereo and climate system.

Moreover, elegant tan-leather seats with good bolsters and perforated centers – and trimmed in black – wrapped me in Lexi near-luxury, while the vast back seat offered exceptional leg- and -headroom.

One of my favorite details inside was the elegantly spare door-handles on the car’s black door panels, brightened with tan centers and armrests.

Unfortunately, I can’t tell you about the ES’ options because of its pre-production status. But they will include safety items such as pedestrian and bicyclist detection, adaptive cruise control (automatic braking, essentially) and lane-departure warning.

They shouldn’t detract much from the car’s smart, newfound flair. Now if we could just get the ES to breathe with its mouth shut. 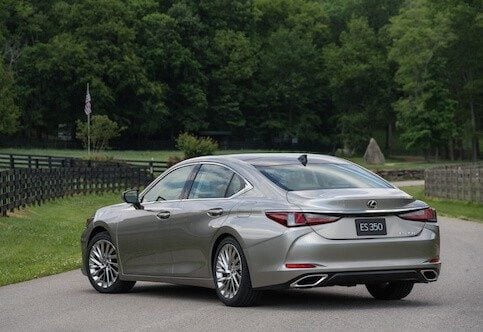 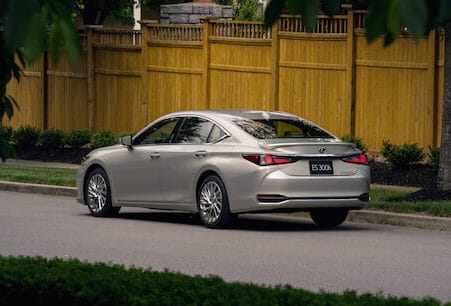 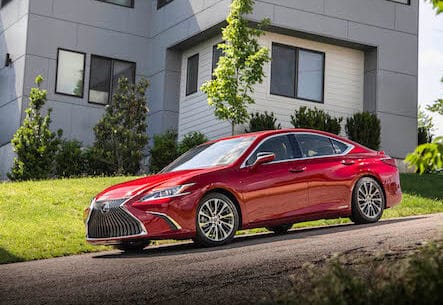 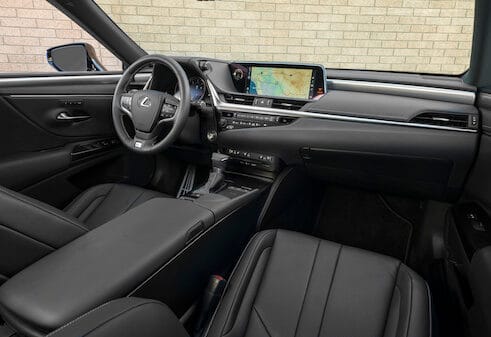 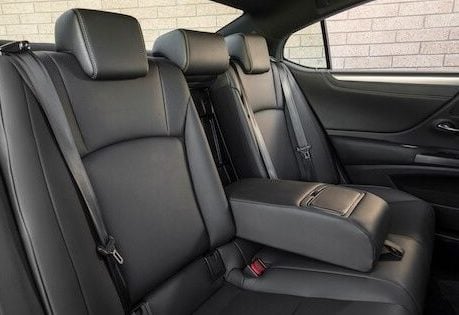 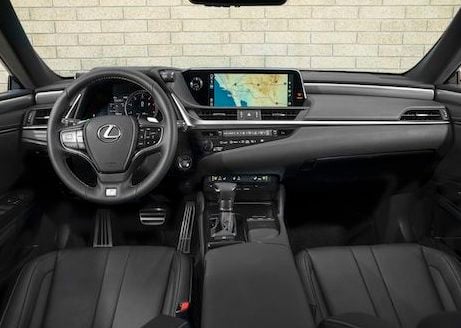 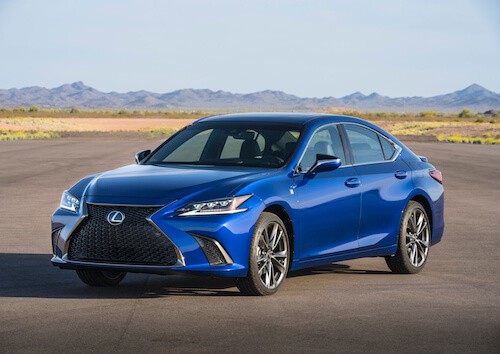 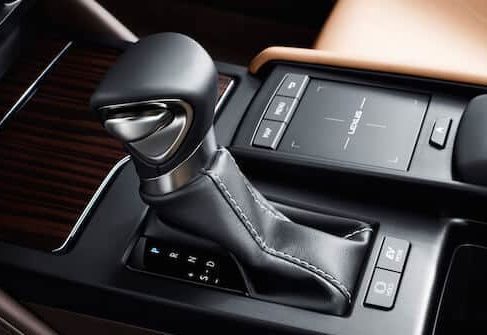