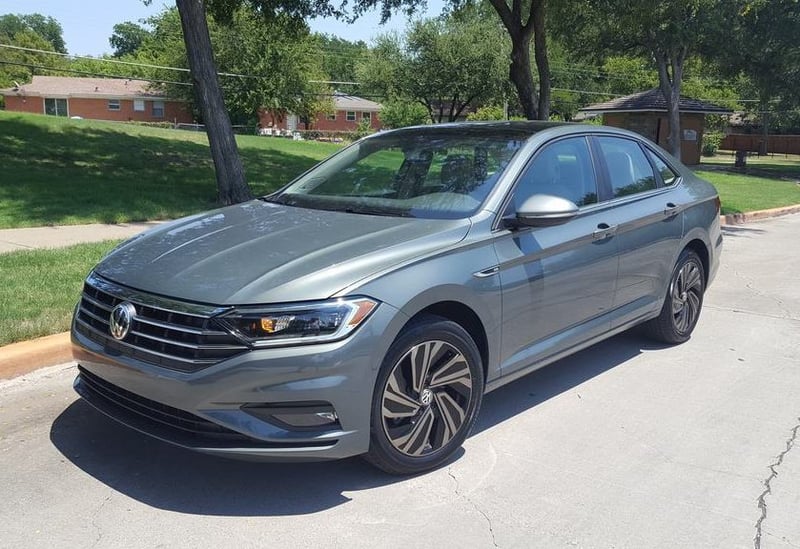 Matter of fact, it sounds vaguely like the whirr of electrons racing through the halls of company headquarters.

Just about every time it can, the German automaker touts another new electric vehicle coming soon – part of its penance for using illegal software to mask dirty emissions in diesel-powered cars.

So the polished, but somewhat plain 2019 VW Jetta often gets overshadowed by the future squeaky-clean sparkers as VW’s execs race to show off their new green neckties.

I mean, why would anyone be interested in a gas-sipping sedan when they could buy an electric car with outlets for making milk shakes on the way to work?

Not that the cleanly handsome all-new Jetta looks lumpy or cobbled together, either.

Like some of us, it just doesn’t stand out in a crowd.

The grayish-green Jetta I had recently, for example, sported a simple horizontal three-bar chrome grille flanked by sleek headlamps.

A long hood etched with six character lines served as the most radical element on the car, while more conventional lines on the sides sliced through the door-handles and lower body.

Still, don’t expect the low-profile Jetta to be highly visible on crowded dark parking lots, but this should elevate its standing: My reasonably equipped SEL model arrived with a window-sticker of less than $25,000 – thousands less than some of its competitors.

Moreover, it rides on good bones – a version of VW’s new MQB platform that also supports the highly regarded GTI sports-hatchback and many other models.

As a result, the agile Jetta turns eagerly into corners with light, quick steering and a sort of minor-league sporting spirit.

It feels willing, if not terribly eager. Squealing tires and a fair amount of body lean quickly remind you that the Jetta remains a cruiser, not a canyon-carver.

Likewise, the turbocharged 1.4-liter four-cylinder engine and 8-speed automatic aim mostly for adequate, though like most Volkswagens, they still manage to cook up a little zest.

With just 147-horsepower, the Jetta managed to be “city-quick” – able to step away from stoplights pretty smartly and around clumps of slow-moving cars. Hit it hard enough and the Jetta will surge forward a little, accelerating to 60-mph in a reasonable 7.7 seconds, according to Car and Driver.

In all honesty, that’s considerably slower than some of the top-of-the-line Honda Accords, Toyota Camrys and even Nissan Altimas in the Jetta’s mid-sized segment.

Let’s just hope VW builds a high-performance GLI version of the Jetta at some point. At least the Jetta covered the safety front pretty well with active cruise control, lane departure, and back-up alert systems among the nannies.

Like similar systems in other cars, though, none is perfect.

Once, as I was backing out of a convenience-store lot, the Jetta slammed the brakes on violently when another car pulled in next to me to park.

I guess it looked suspicious or had bad styling or something.

I had no quibbles, however, with the white interior in my Jetta, which featured decent materials stitched and screwed together in typical, taut German fashion.

A simple flat black-plastic dashboard with “stitching” on its edges, for instance, rolled down onto a lower dash and glove compartment in white.

Nestled into the lower dashboard was a smallish display screen with nearby buttons and knobs for the audio and climate-control systems.

I never warmed to the techy instrument panel, though, which conveyed my speed in a digital readout and told me the date and how long I had been driving, among other useful information.

OK. Much more satisfying was the car’s white console with a real shifter – not one of those spacey electric ones – as well as sculpted white door panels and comfortable white seats with cool perforated centers.

Also, if you have overgrown teens in your family like me, they should fit fine in the Jetta’s roomy back seat ,even if they’re wearing headphones and hats – not to mention orange pants and clown shoes.

While good, the new Jetta falls short of the segment-leading Honda Accord, though it does offer competitive pricing and fuel economy.

And it makes me wonder: Would the Jetta have been better if VW were not diverting huge resources to the development of electric cars, which currently account for about 1 percent of new-car sales?

Beats me, but the excellent Volkswagen GTI sets a high standard that I think other VWs need to strive for, even in these strange George Jetson times.

Click Here to Find a Car Pro Certified Dealer Near You 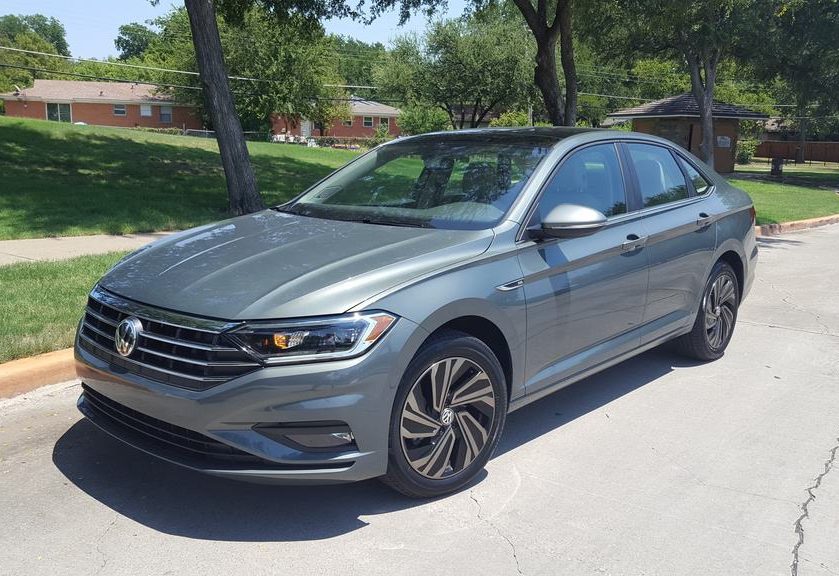 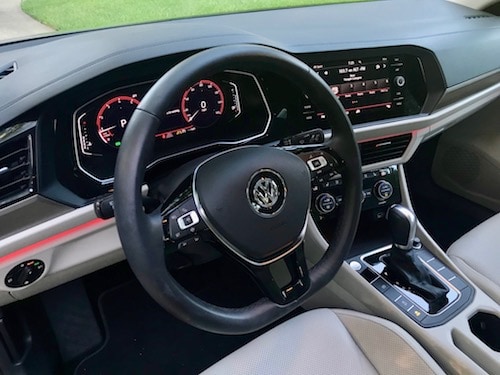 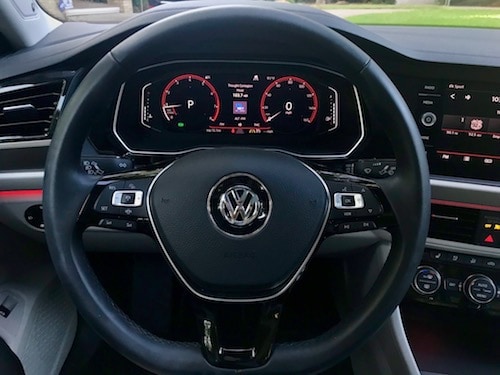 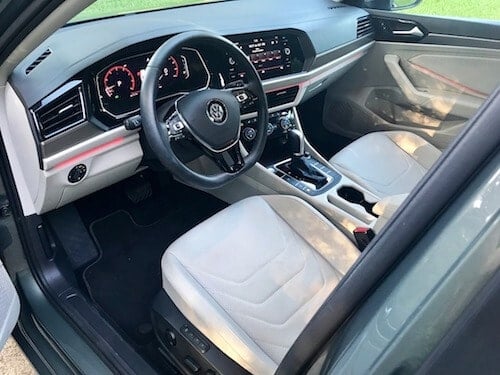 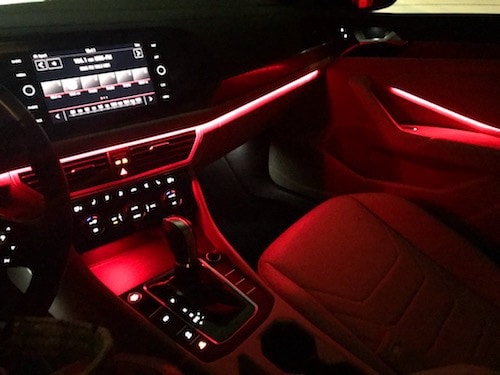