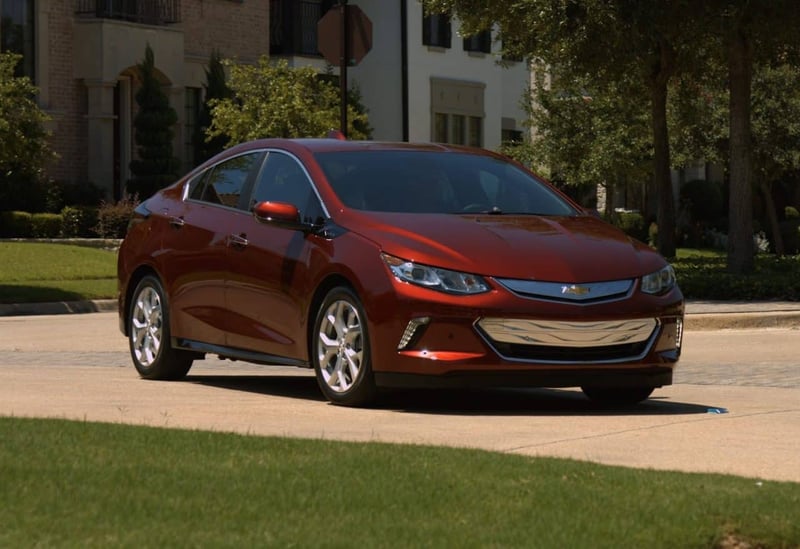 This week we take a look at the 2017 Chevy Volt plug-in hybrid.

I reviewed the first generation Volt back in 2010. GM made some major changes to the Volt in 2016, but only sold it in a handful of states. Now comes the 2017 model and it will be available to everyone.

While the original Volt looked somewhat like a concept car and was a bit radical, this new Volt looks more mainstream and unless you knew it was an electric car, you’d never guess it.

Of course, the big news with this car is the drive system. In a nutshell, here is how it works:

You have twin electric-powered motors putting out 149-horsepower, combined with a 1.5-liter gasoline engine-powered range extender. The electric motors are powered by an 18.4 kilowatt lithium-ion battery pack that you typically plug-in to recharge, but it can also be partially recharged on the go from the gas engine/generator and regenerative braking.

In some situations, such as accelerating with a depleted battery, or passing on the freeway or climbing steep hills, the gas engine also assists the electric motors to increase the Volt's performance. We’ll talk specific fuel economy numbers a little later.

I was surprised when I got in the Volt to see the contemporary, two-tone interior. There are only two trim levels, the LT and the Premier. This one is the Premier, so it comes with leather seats that are very comfortable. The dash is colorful and high tech. In the middle of the gauges, you can use the steering wheel controls to gather all sorts of information.

Volt has a comfortable center console that houses the mode button so you can choose from normal, Sport, Mountain, or Hold. There is a wireless cell phone charger there too.

Above that is an 8” Chevy MyLink touchscreen that holds all the apps and allows you to operate the Bose stereo, the Apple and Android interfaces, navigation system, 4G LTE hotspot (that will operate 7 different devices), and real-time traffic info. One screen gives you all the info on whether you are running on all battery, all gas, or a combination.

Although Chevy calls this a five passenger, consider it a four passenger. The poor slug in the middle of the back seat won’t be comfortable for long.

One thing parents will love is the Volt comes with teen driver technology. You enter a PIN and your teen cannot turn on any audio without seat belts on, the car will warn them when they go too fast, you can set a limit to audio volume, and it will inform you if any of the safety features are activated.

Let’s talk fuel economy and range. The government rates this vehicle a combined gas and battery rating of 106 miles per gallon. On just gas, it is rated at 42 combined city and highway.

On a full electric charge, you start out with 53 miles of range before the gas engine kicks in. Battery and gas combined, you get 420 miles of total range. Just plugging into your house outlet, you can get a full charge in 13 hours, and if you have a 240-volt outlet, it will charge in 4 and half hours. Every time you brake, it also sends a charge to the batteries, which further extends range.

Other than the quietness of the car, you would never know it was electric when driving it. Acceleration is amazing, and the batteries running through the middle of the car gives it a lot of balance and superb handling. It is an extremely enjoyable car to drive. Remember, too, this is one of the few electric cars that you can go cross-country without stopping to charge the car, giving it a huge advantage over the Nissan Leaf and other all-electric cars.

MSRP fully loaded like this Volt is $40,325 and you can check to see if there are any state or Federal Tax Credits you are eligible for at the time of purchase. Most people can get a $7500 Federal credit, and in some states, there could be as much as $9000 available for you.

Wrap your brain around this for a moment: if your daily commute is under 50 miles a day, you’ll never visit a gas station again with the Chevy Volt. One word of caution, I can tell you that like most electrics, the range on all-battery power drops when the outside temperature gets over 90 degrees, but it is not drastic. By the way, the hybrid system, including the batteries, is under warranty for 8 years or 100,000 miles. 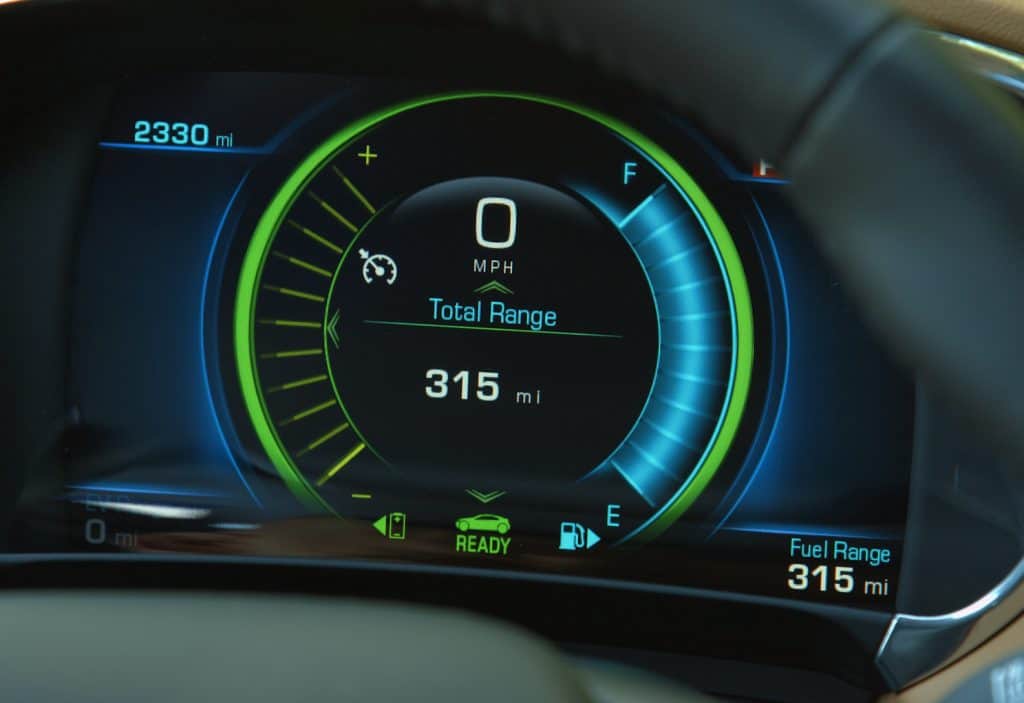 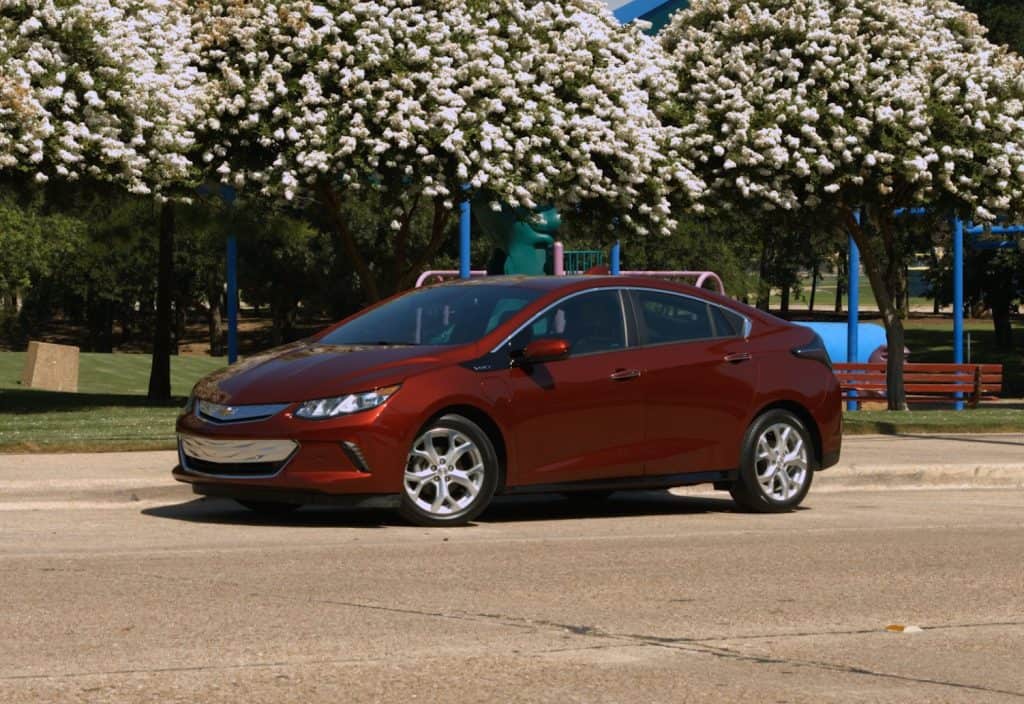 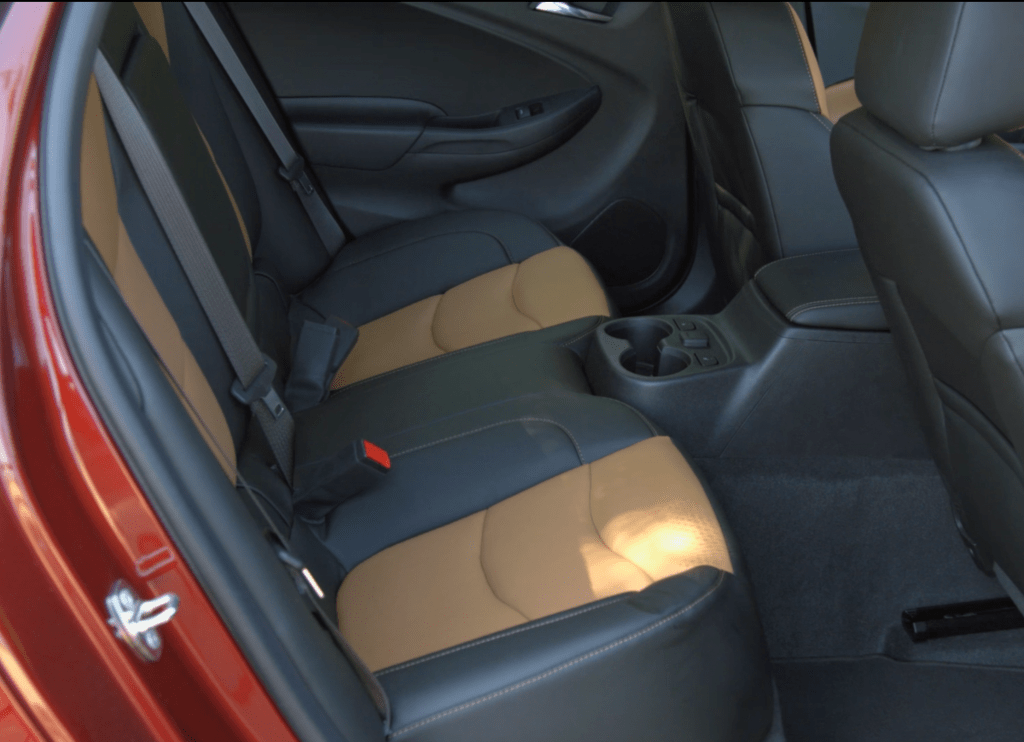 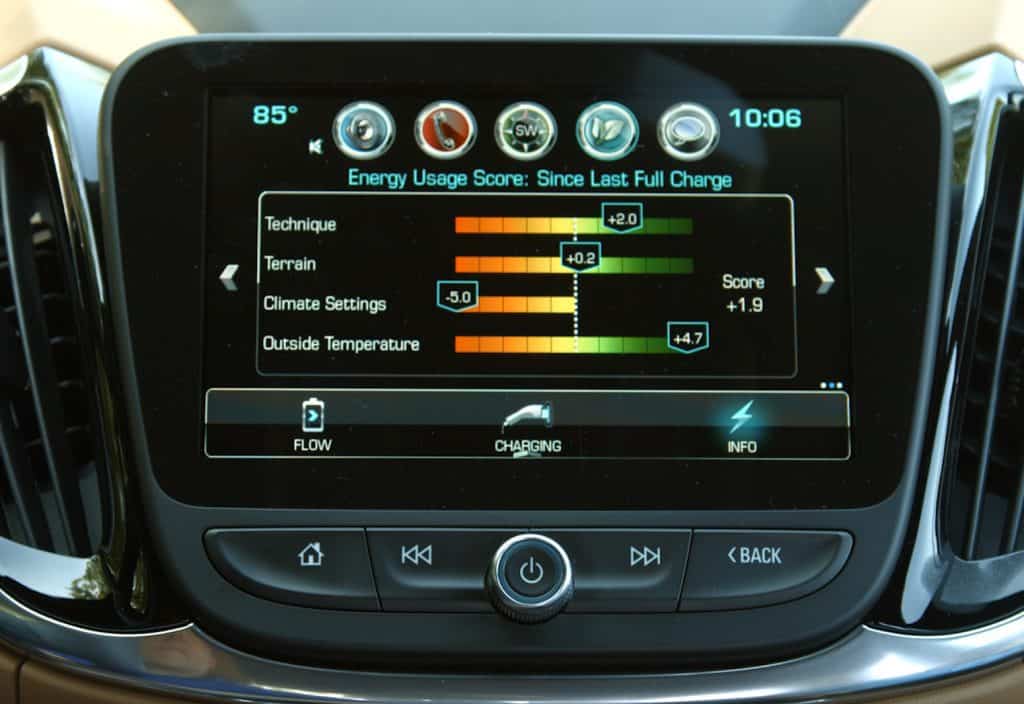