The 2018 Audi Q5 Masters The Art Of Being Skillfully Subtle 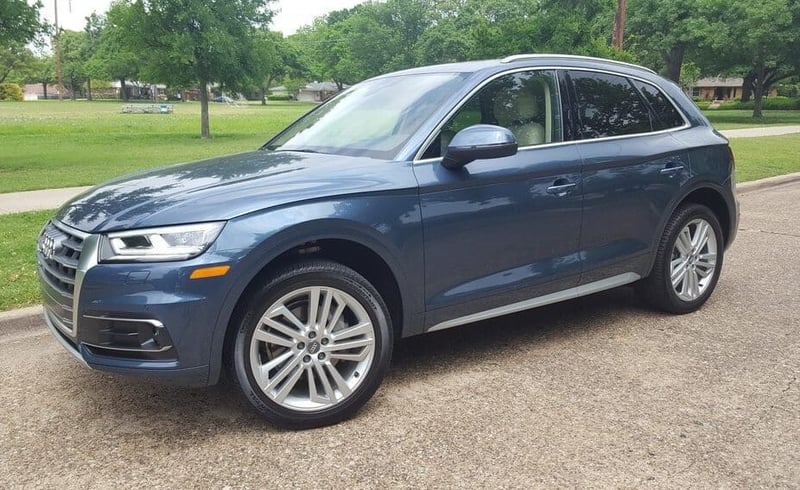 Some cold morning, the feds will pry my fingers from the wheel of my beloved, belligerent Mustang.

I smell it in the wind – and in trends.

“Get a crossover or else,” the feds will growl. “Cars are for outliers and beatniks.”

Great. Join the mainstream? I own one pair of hard-sole shoes, no ties, nothing with pinstripes on it and I set off alarms just walking into Walmart.

Maybe I can avoid arrest with the 2018 Audi Q5, one of the smoothest transitions out there from cars to crossovers and truck-things.

Like so many vehicles these days, of course, the bluish-gray Q5 I had recently wore an exaggerated, oversized grille – quasi cow-catchers, I call them, but Audi was one of the first to leap into the look and massages it pretty well these days.

The Q5’s six-bar grille, for example, stretched from the hood to the ground, flanked by sleek two-projector headlamps fitted into a slightly rounded front.

In silver, it looked purposeful and relatively restrained.

Moreover, raised lines on the edges of the Audi’s broad hood gave it some presence, complemented by a slightly curved top.

Although the sides were mostly flat, a line above the door-handles and another down low gave them definition and tension, forming slight shoulders over the fenders.

Much of the Q5’s car-like stance, I thought, came from optional 20-inch multi-spoke wheels wrapped with substantial 255/45 tires that filled the wells. (Eighteen-inch wheels and 235/60 tires are standard.)

In addition, the Q5 had really short body overhangs front and rear, making it seem more lean and taut than it is.

Even from the rear, though, the 3,800-pound Audi didn’t appear particularly truck-bulky, flashing bold, high-mounted tail lamps on a slightly curved hatchback.

(By the way, you probably shouldn’t use that line on your partner.)

Still, with all-wheel-drive, nearly two tons of weight and 65 inches of wind-dragging height, the Q5 is more truck – or trucklet – than car, despite appearances.

Just don’t tell that to the Q5’s feisty turbocharged 2-liter engine – a lusty little motor that also sees service in the Volkswagen GTI and multiple other models.

Although the engine stumbled occasionally with brief turbo-lag – usually around slow corners or when I surprised it with a sudden full-throttle stomp – it always recovered with a smooth, steady surge.

Lively and pretty rich sounding, the ubiquitous 2-liter cranks out 252-horsepower in the Q5, spinning the wheels through a dual-clutch 7-speed automatic.

Sixty-mph arrives in a quick 6.4 seconds, according to Car and Driver, and with cylinders the size of jagermeister shot-glasses – sort of – the 2-liter squeezes out a reasonable 23 miles per gallon in town and 27 on the highway.

In spirited corners, the Q5 leaned some, but felt pretty natural, settling firmly into them with good precision for a high-riding crossover.

The steering didn’t seem quite as finely tuned. Though quick with some road-feedback, it felt a bit too light for a vehicle weighing nearly two tons, but that’s a minor complaint. The Q5 – Audi’s top-selling vehicle – generally made even routine runs to the grocery store a driving pleasure.

At least you can take refuge from all those digits inside the Q5.

As you know, interiors have long been a strength of Audi and mine offered a dashboard and door-panels in about the same unusual shade of grayish blue as the exterior.

The dashboard eased around a tablet-sized display screen in the center of the dash, sliding gently down to a broad console trimmed in dark wood.

The entire area stayed clean, without a hint of clutter from a tiresome center-stack.

Meanwhile, the Q5’s mid-dash was light tan, matching the door-panels and seats, which had stitching on their bolsters and lightly pleated centers.

Good head- and leg room in back makes the Q5 a candidate for five-passenger travel, meaning you could get tapped for teen-age chauffeur duty. Good luck on that.

Fortunately, knobs on the console and dash control the stereo, so you can’t be assaulted with sudden, shrill blasts of St. Vincent or Flaming Lips.

Be prepared, though, to darken the air with a few curses of your own when you depart in the Q5.

Like way too many luxury vehicles, it is saddled with a baffling electronic shifter that completely lacks intuitive feel, requiring close attention to the gear selected.

More than once, I found myself headed forward when I wanted to go back – and I already struggle enough with direction.

Also, my Q5 practically groaned beneath the weight of more than $10,000 in options, mostly made up of the “Prestige Package,” which adds the 20-inch wheels, a head-up display, a Bang & Olufsen sound system and a dozen other features.

The Q5 might be mostly worth the considerable expense.

While not the flashiest box in the luxury-crossover segment, it is one of the easiest to like if you still love great cars. Just don’t tell anyone about the car thing. 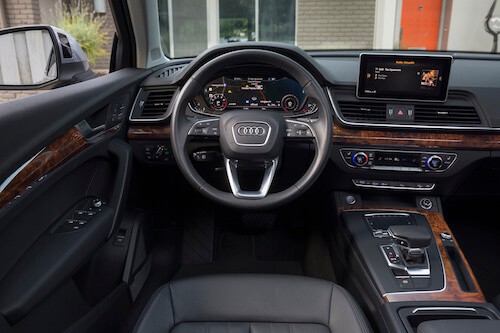 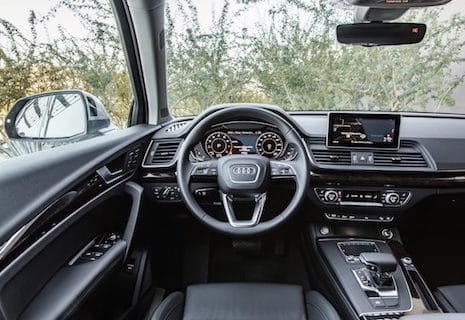 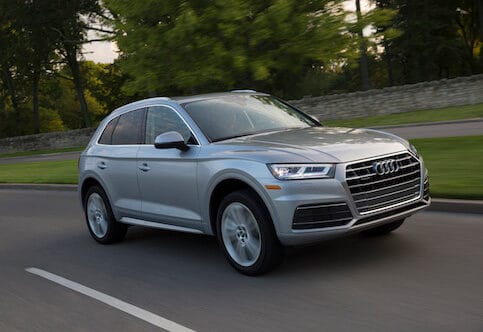 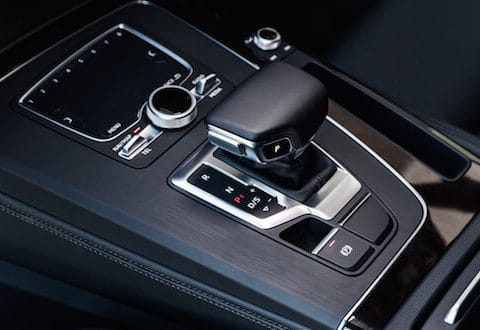 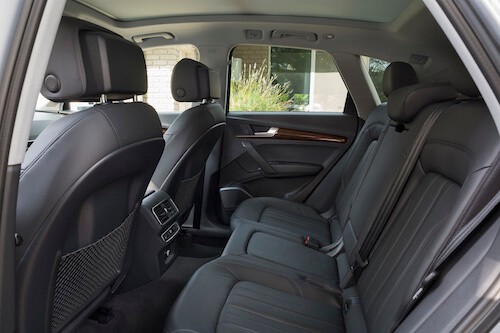 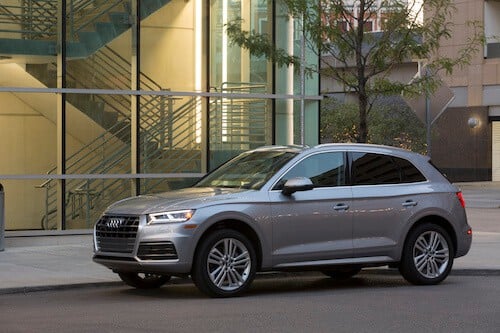 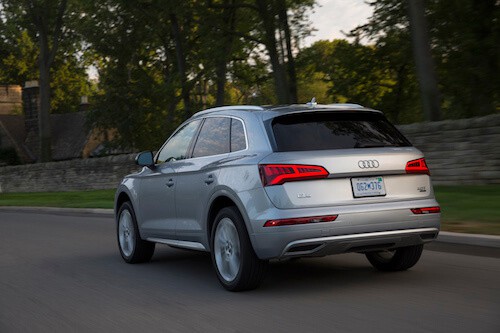