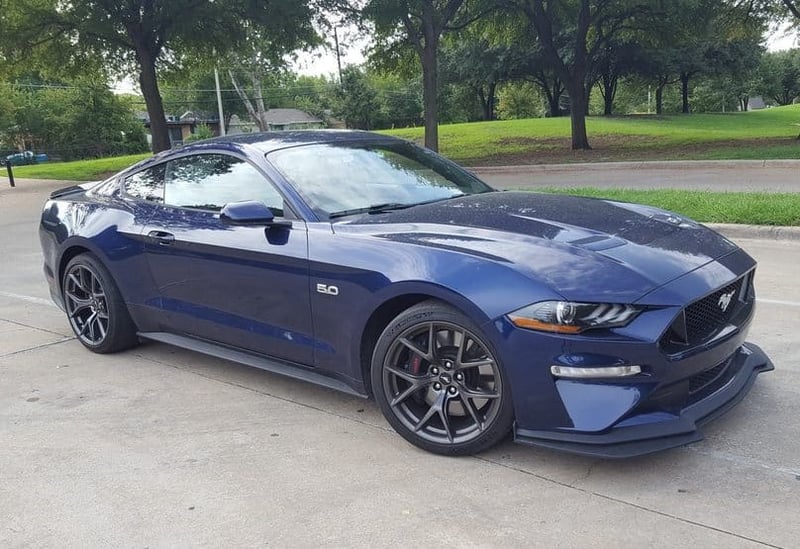 Curves used to scrub the sparkle clean off Ford Mustangs, often leaving them bobbing and stumbling right in front of a bunch of wise-cracking Camaros.

Darn straight-line ‘Stangs, I would mutter red-faced. Where in the blankety-blank-blank is the handling – in the trunk?

That was before the concrete-clinging 2018 Mustang GT Level Two rumbled onto my driveway — easily the best-handling Mustang GT ever.

While Mustangs can’t boast of a long history of great handling, the Level Two closely follows a smoky path originally cut by the 2012 Boss 302 and further refined by the current neck-popping GT 350.

Hey, Ford can be slow to see the light – and the curves, but the automaker definitely put some shine into the dark-blue Level Two I had recently, an edgy, angry-looking coupe eager to rapidly transport you to your next bar-room brawl.

Up front, a broad, blacked-out grille with a deep curb-scraping aerodynamic splitter beneath it was topped by a long, gently curving hood.

Though Ford eliminated the traditional Mustang side-scallop in 2015, the new ‘Stang wore deep character lines up high and low that resemble it.

Meanwhile, powerful shoulders over the rear fenders added muscle to the car’s ready-to-pounce stance, as did its sleek, sharply curved top.

Just in case you miss all those visual performance cues, big twin-tipped dual exhausts bristled from an aerodynamic tray in back.

I always approached the long-legged beast slowly, not wanting to spook it – or maybe get bitten.

Technically, my Level Two Mustang was a “Performance Package Level Two,” a $6,500 option on the GT that is well worth the expense if you enjoy occasional weekends at the track.

Like all Mustang GTs, the Level Two relied on the Coyote 5-liter V-8 for its considerable thrust, delivering 460 horsepower through a pretty sweet-shifting six-speed manual.

The 3,800-pound pony-car stays stuck to the road with extra bracing in its already-rigid platform, stiffer anti-sway bars, better brakes, special dampers and those meaty tires.

While the 5-liter engine lacks the overall torque of the Camaro’s 6.2-liter V-8, it compensates with a wilder 7,000-rpm high-end, howling to 60-mph in a fleet 4.3 seconds, according to Car and Driver.

Not that the snarling ‘Stang is sluggish. It leaps away from stops with a jungle-growl, feeling lively and quick even at low rpm, but as a high revver, it can feel soft if you demand a herd of horsepower in fifth or sixth gears.

More important considering its mission, the Mustang turned so crisply and flatly into corners — rotating through them in a blink – that it felt 1,000 pounds lighter.

In fact, the Level Two can carve curves about as effectively as the more-exotic GT 350, which costs $10,000 more.

Moreover, the steering felt alive and directly attached to the front wheels – a rarity in a modern car.

Here’s the deal, kids: Some people will find the Level Two as difficult to live with as my icy ex – and that’s not even counting the overall 18 mpg fuel consumption.

It rides quite firmly, bouncing over big bumps with expensive-sounding thunks, and its semi-slick Michelin Sport Cup tires don’t look as if they would offer great winter grip or long-term wear.

Still, as a longtime Mustang guy, I think the Level Two is a reasonable $45,000 alternative to the much-more expensive GT 350 or Bullitt.

Keep that in mind when you climb behind the wheel of the Level Two. Though I still find the new interior attractive and functional, it looked pretty basic with its black-cloth Recaro sport-buckets.

Think of it as appropriately minimalist. A broad dashboard in semi-pliable black plastic, for example, offered twin hoods over the instrument panel and glove compartment.

Knobs, buttons and toggle-switches controlled all the audio and climate functions, while a prominent black-plastic console reminded me that I was in a Ford, not a Ferrari.

The real luxury – believe it or not – was tucked into those cloth Recaro seats, which provided high, supportive bolsters, comfortable pleated centers and gray stitching on their edges.

Reserve the cramped, tight back seat for exes, in-laws and kids.

My asphalt-eating ‘Stang arrived with the Level Two Performance Package, comprised mostly of the tires, suspension pieces and a 3.73 rear axle ($6,500); and an “active” exhaust system that can be silenced or loudly set free ($895).

Look, I understand that the Level Two Mustang could be too much of a niche vehicle for most buyers. It might be even more than I would want to wrangle daily.

In this dreary techno-geek era with its over-emphasis on autonomous and electric vehicles, it’s kind of reassuring that Ford still builds something as loud and wonderfully gritty as the Level Two. 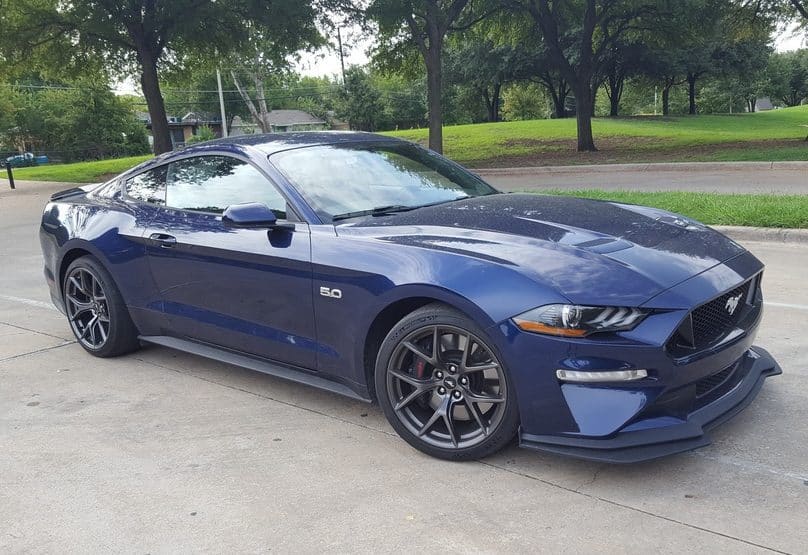 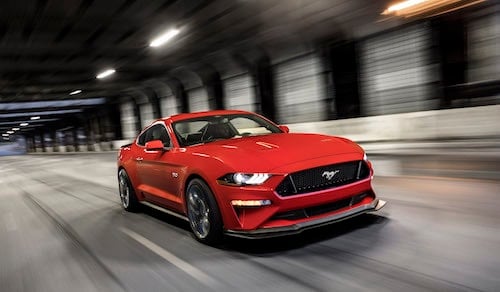 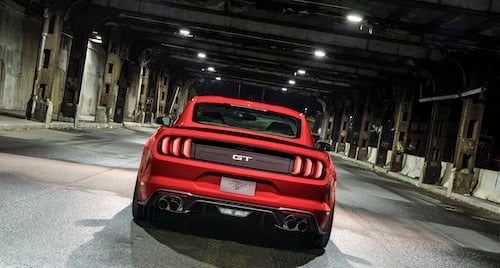