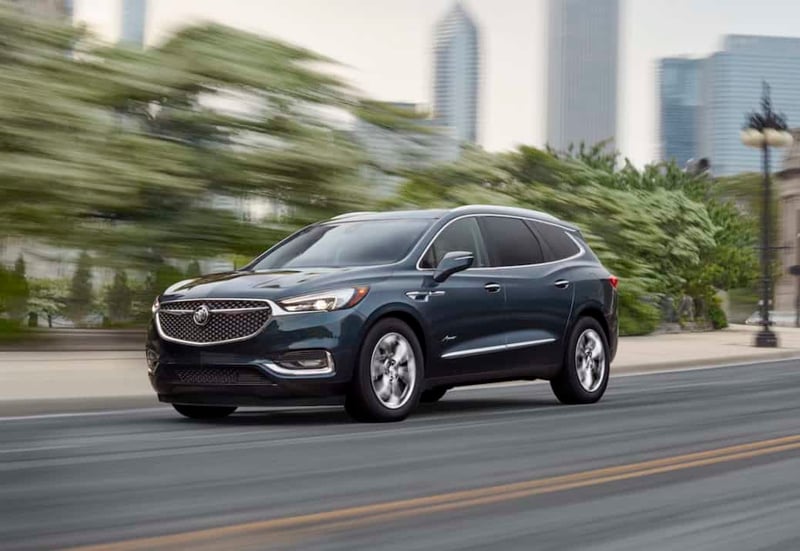 Long, low, chrome-slathered sedans – the kind once favored by small-town lawyers and big-city preachers – no longer light up Buick’s lots.

Hefty, high-riding wagons long ago shoved aside the great old Buford and Deuce-and-a-Quarter hardtops, dispensing with their flashy wire wheels and fender skirts.

The brand hitched its sagging prospects to the Enclave 10 years ago and rode it through the near-death bankruptcy of parent General Motors in 2009.

Now, the high-end Avenir model of the Enclave -- similar to GMC’s loaded Denali versions – seeks to make the ride even smoother.

Granted, none of Buick’s crossovers – which now generate about 80 percent of its sales – possesses even a sliver of the sizzle of a 1955 Roadmaster or 1965 Riviera.

The dark-gray Avenir I had recently managed somehow to cling to some of its Buford genes and feel like a Buick, even as a big-boned crossover.

Tall and fairly handsome, the new mid-size Enclave still resembles previous models, but is slightly smaller and leaner, and rides on a stiffer, more sophisticated platform.

A large grille with a big Buick emblem in the center, for example, was flanked by oversized headlamps that looked more elegant than angry.

Meanwhile, a long, lightly chiseled hood added to the Avenir’s near-luxury presence, while flowing character lines on the sides emphasized the curve in its big body and doors.

Not one to totally turn its back on the shiny past, the Avenir sported a short piece of chrome on its front fenders and a longer slim section above the rocker panels.

High-mounted wrap-around tail lamps with another piece of chrome between them nicely complemented a rounded rear tailgate, and everything settled well on 255/55 tires wrapped around slotted 20-inch alloy wheels.

Heck, even in class-conscious Dallas, the Avenir would likely fit comfortably on a country club parking lot.

As someone with vague memories of Buick’s big, torquey Wildcat V-8s, I wondered about the ability of the Avenir’s 3.6-liter V-6 to haul its 4,400 pounds of mass.

Like the body, though, GM’s ubiquitous V-6 has benefitted from upgrades and refinements, quietly spinning out 310-horsepower now and 266 lb.-ft. of torque.

A new nine-speed automatic pumps the power to the front wheels, doing a good job of keeping the mid-sized six in the meat of its power curve.

While not as strong as some of its German competitors – and even domestics like the Explorer Sport – the 3.6 never felt overworked, jumping away from stops with a spirited surge.

In fact, it pulled pretty vigorously past 5,500 rpm, hot-footing it to 60 mph in a respectable 6.6 seconds, according to Car and Driver.

The V-6 also can squeeze 18 miles out of a gallon of gas in the city and 26 on the highway, according to the EPA.

While plenty adequate in power, the Avenir is slightly slower than its competitors, including the Volvo XC90, Acura MDX, Audi Q7 and Land Rover Discovery.

However, I appreciated its overall balance – thanks in no small part to its improved platform, shared with the Chevrolet Traverse and GMC Acadia.

Although not as crisp in handling as the Audi Q7, the Avenir can manage 25-mph turns with average body lean and absorbs bumps, railroad crossings and bad city streets with smooth indifference.

In addition, the new Buford has better steering than some of its competitors – fairly light, reasonably quick and better road-feel.

It felt absolutely at home in the $57,000 Avenir’s upscale black-and-brown interior, which featured three rows of seating.

Most of the new Buford’s deep, flat dashboard was black plastic, for example, with about a third of it in a pliable, dark brown plastic that curved gently over the instrument panel – and looked more high-end than the black stuff.

Meanwhile, an 8-inch display screen was mounted flush in the dark-brown mid-dash – no cheesy center-stack here – and provided buttons and knobs for the stereo.

A panel beneath it contained the controls for the climate system.

Somewhere in there, a Wi-Fi hotspot awaited my one digital device and the quasi-truck’s electronics have Apple CarPlay and Android Auto capabilities.

Let them soothe your soul because the Avenir’s maddening electric shifter will definitely test your patience.

I had to coax and manipulate the blankety-blank thing every time I tried to find reverse and often when I sought drive.

Again, I ask: What do you get with these pseudo-luxury shifters, other than higher blood pressure?

At least I could find some peace in the Avenir’s fine dark-brown seats with sectioned, perforated centers.

The second-row seats, incidentally, offered good leg- and head-room and the third row was plenty adequate for kids or smallish adults you don’t particularly like.

Sure, the all-new Enclave looks familiar but gussied up in Avenir trim, the Enclave can claim that after 10 years on the market, it looks and performs better – and I darn sure can’t. 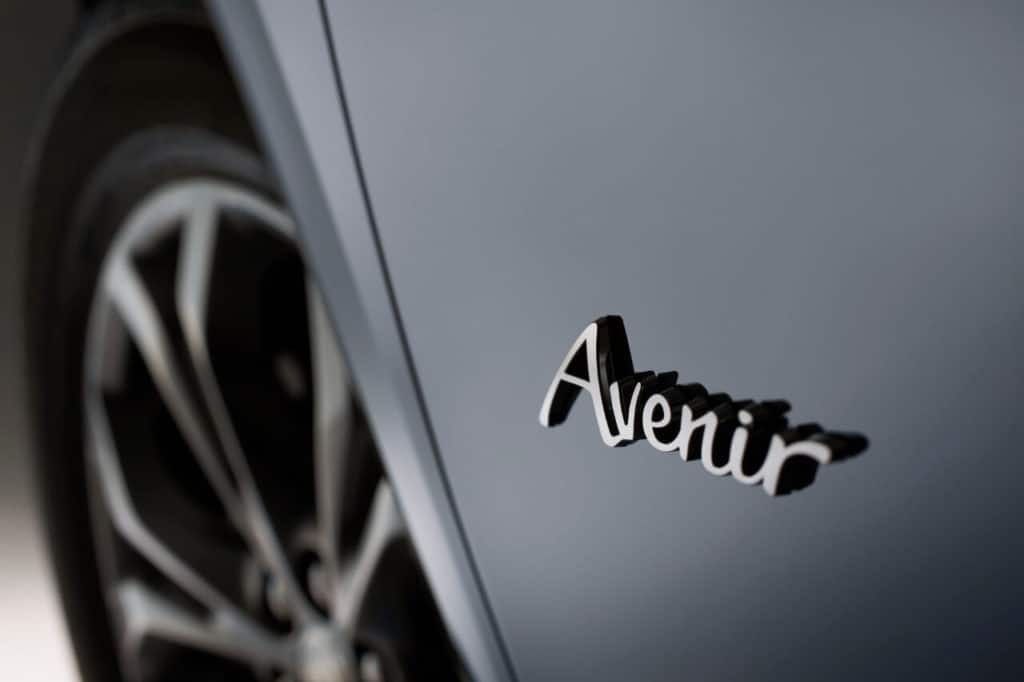 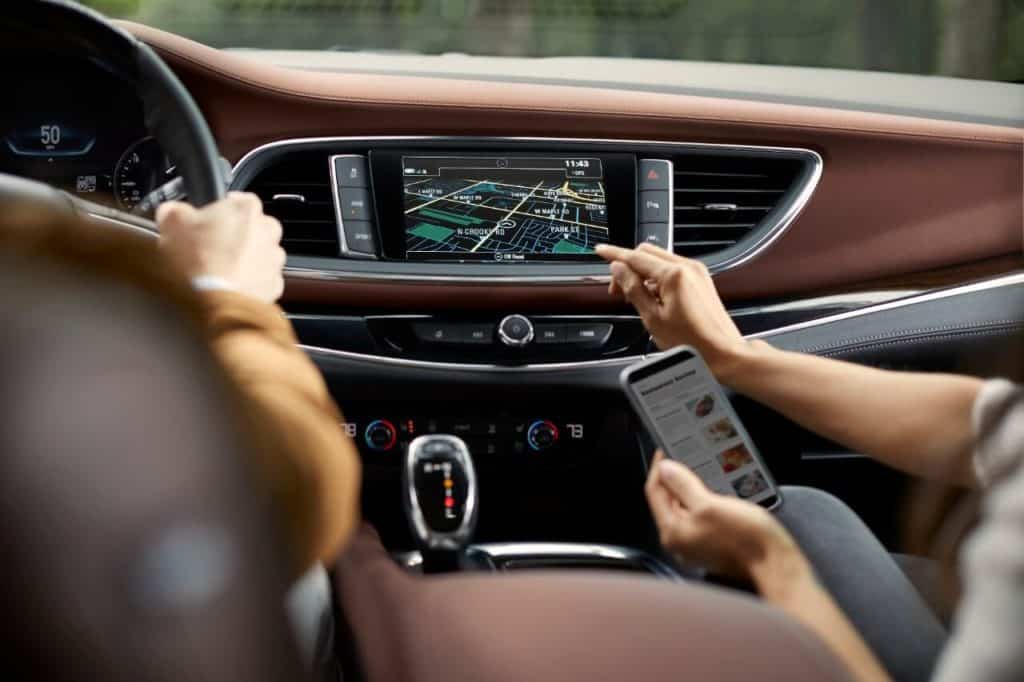 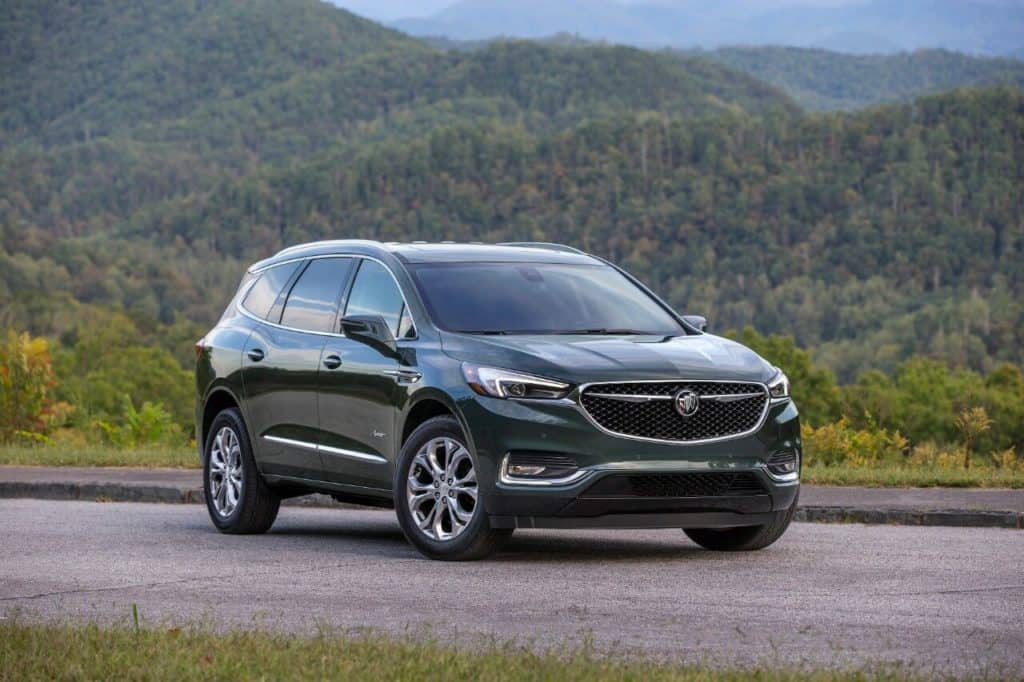 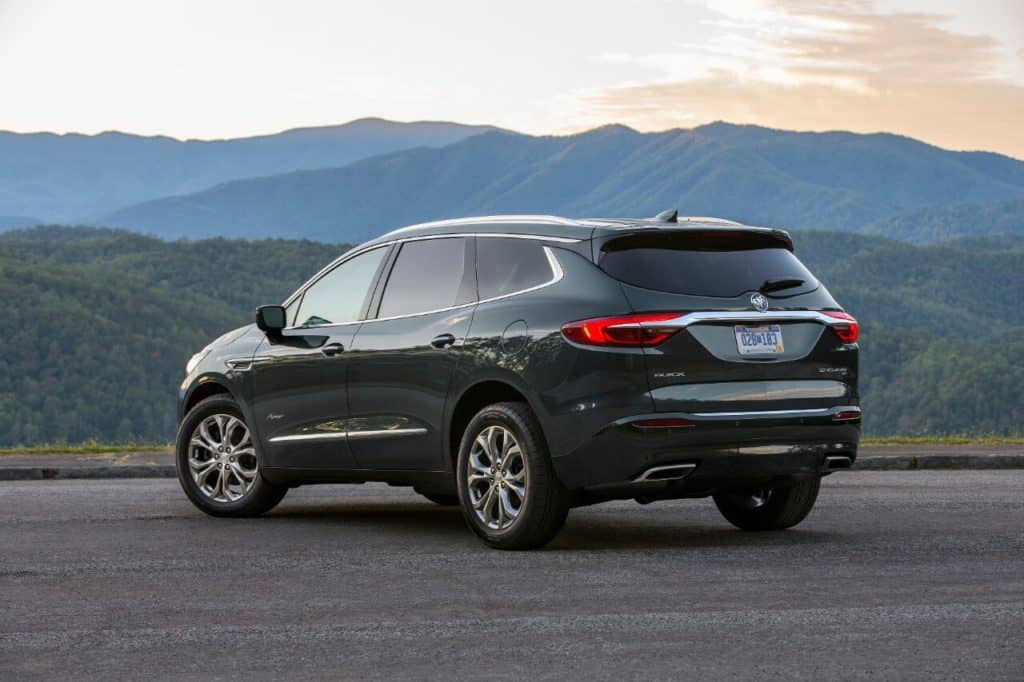 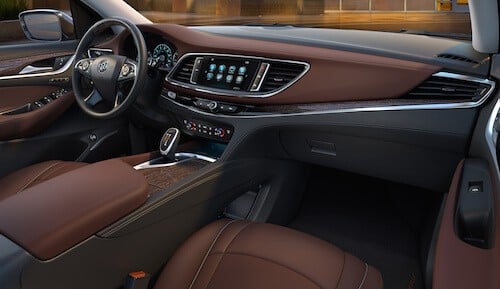 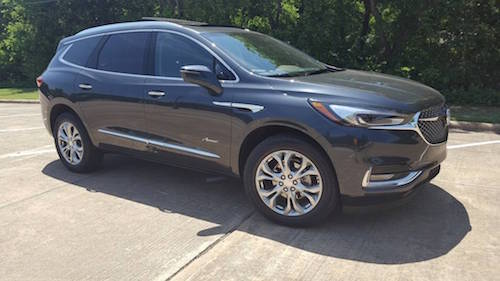