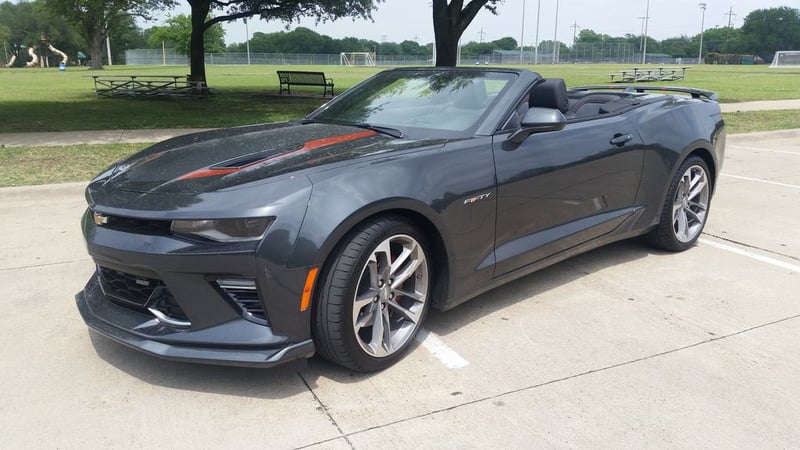 I get crazy thoughts deep into one of our steamy 90-degree nights – like, you know, maybe it’s not too late for a Mohawk and Peruvian face tattoo.

Who says I can’t sell my house and go live in a 9X12 tent on the shores of some lake in Austin, TX?

Or the nuttiest yet: Hey, I could buy a $50,000 convertible just like the sizzling, striking 2017 Chevrolet Camaro SS I had recently.

Don’t get me wrong. Nothing beats an open-air car for carving up mountain roads or cruising along some emerald stretch of ocean, but they make no dollar sense, typically costing at least $3,000 more than a coupe and often gaining 200 or more flabby pounds in extra bracing when they lose their tops.

Let’s be honest: How often will you drop the top in a place like Texas where it can be 5 degrees in January and 110 in July? (It’s part of the state’s push for diversity, I think.)

Still, every morning when I saw that sleek, snarly metallic-gray drop-top awaiting me in the driveway, I felt like I just woke up with Violante Placido. Well, almost.

As you probably know, Chevy slightly restyled and slimmed down the Camaro last year, putting it on the mid-size Cadillac ATS platform – a much better place to be.

While the new Camaro still looks very much like the old model, it actually is sleeker, more chiseled and edgier – plus it weighs about 200 pounds less.

The front of my low, wide convertible, for example, wore a street-fighter scowl with squinty rounded headlamps and a slender grille squeezed tightly together.

A much larger, lower grille appeared ready to inhale asphalt, while a power dome with burnt-orange accents bristled from the hood – the car was a 50th anniversary edition with special paint and badging.

Meanwhile, the car’s steeply raked windshield and low black-convertible top looked as if California customizer George Barris had lopped a couple of inches out of them.

In fact, I got my tape-measure out and found that the car’s side windows were all of 11-inches tall, making for a great profile but somewhat limited visibility.

I didn’t much care. That rakish top coupled with the Camaro’s crisp, carved coke-bottle sides formed one mean-looking mother of a convertible – even in geezer gray. (I wish I could claim the same.)

Mine further threw subtlety to the wind with good-looking 20-inch alloy wheels wearing meaty 245-40 tires up front and bigfoot 275/35s in back.

Thanks to cousin Corvette, though, the two-ton convertible could back up all that strut and swagger.

Besides losing some weight, the new SS Camaro gets the all-meat 6.2-liter Corvette motor with 455 hard-kicking horsepower.

Tied to a quick-shifting 8-speed automatic, it could be a fairly refined torque-master at civil speeds, pushing passengers deep into their leather seats with a strong but gentle hand, but get western with it and the gloves quickly come off, the car’s exhaust note swelling from rumble to a flat, hoarse roar. Push rapidly comes to shove.

With the rear tires scratching for traction, the two-ton Camaro can rip to 60 mph in 4.1 seconds – the fastest time Car and Driver has recorded for a convertible pony-car.

Moreover, unlike Camaros from the ‘60s, the 50th-anniversary car can tear flatly through corners thanks to its well-developed suspension – helped, as well, by steering that tells you clearly what those big front tires are doing.

Of course, as I am slowly learning, you gotta pay to play.

In the case of the Camaro, that’s a seriously firm, borderline flinty ride and so-so fuel economy of 17 miles per gallon in town and 27 on the highway.

Just put the top down and don’t worry about it. The Camaro finally has some stuff to show off – as well it should for its $52,685 window-sticker.

But the heavily plastic dash gets some relief as it drops down to a slightly concave mid-dash that was perforated, stitched on the edges in orange and offered a sleek, smallish display screen that I mostly ignored.

I also liked the flat-bottom steering wheel and swift one-button operation for the convertible top.

Save the cramped back seat for your ex – and make sure you have the top up, which gives the rear part of the interior a real cave-like feel, but the interior was solid and tight, the top never leaked air and everything inside seemed to nicely complement the outside.

I am a longtime Mustang man. But for the first time in decades, the new Camaro is a car I could live with.

You can keep the ex in the back seat, though. 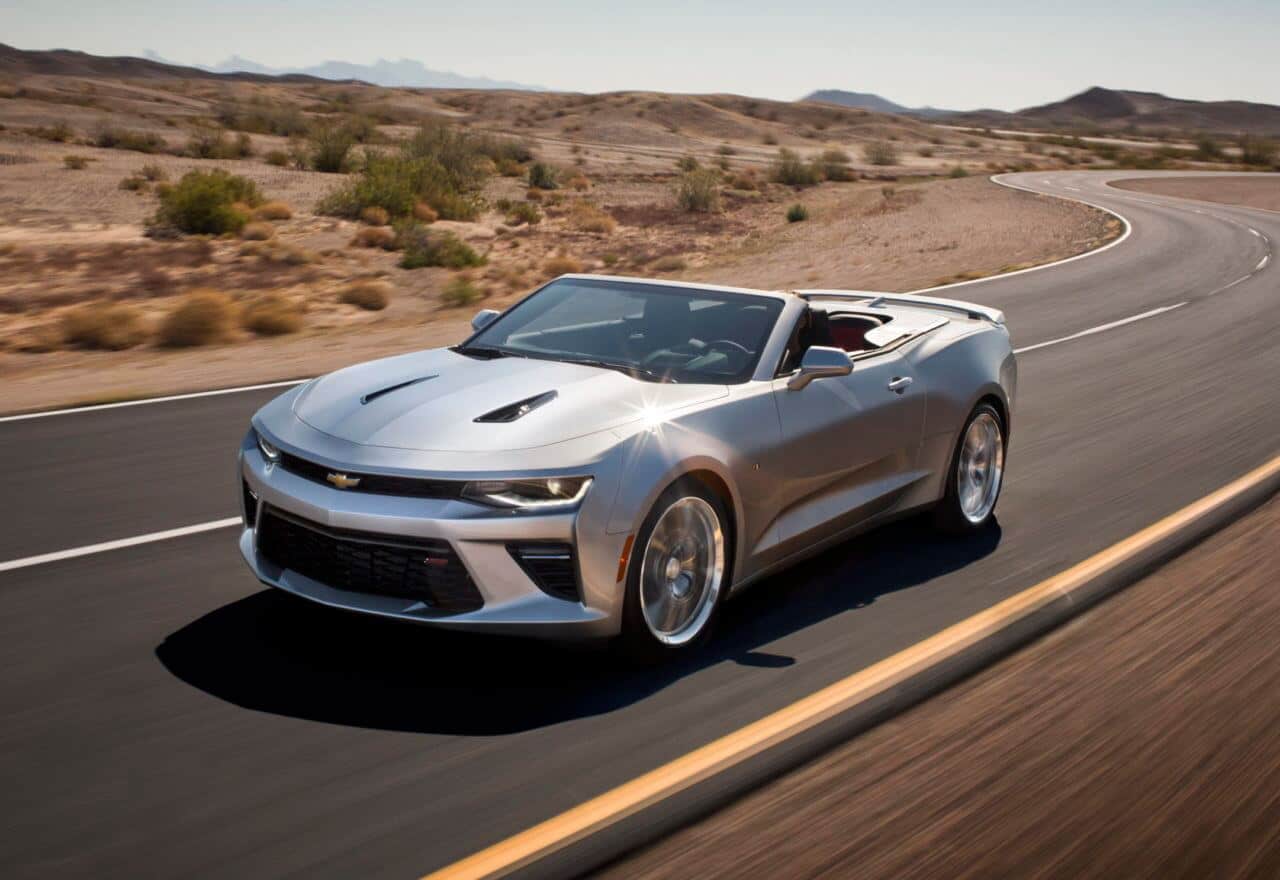