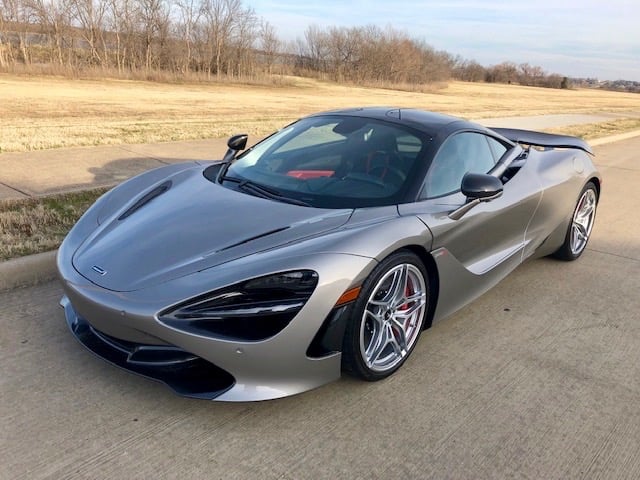 As a professional car reviewer, every once in a while I get a really special car for the week. Such is the case with the 2019 McLaren 720s I spent a week with. I’ve been blessed to have had 4 supercars the last few years, like the Audi R8, the Aston Martin DB 11, the McLaren 570GT, and perhaps the most special of my career, this 720S.

Let’s talk about what sits in the middle of the car, just behind the driver. It is a 4.0-liter V8 with twin-turbos, putting out a whopping 710-horses and 568-pound feet of torque. This beast will take you from a dead stop to 60- miles per hour in 2.7 seconds, and if you keep accelerating, the rear-wheel drive 720S will take you up to 212-miles per hour.

Adding to the performance is a 7-speed dual-clutch transmission. The shifting up or down is quick and decisive. In fact, the transmission shifts quicker than you can hit the shift paddles on the steering wheel, but I like the feel of control shifting it myself.

On the dash to the left of the infotainment screen, you have a knob for three modes that control the handling, and on a separate knob just below, there are three modes for the power train. You can mix and match both controls and choose normal, sport, or track, and you can essentially have three different cars when you push the active button. For me, I like both set in sport mode when driving in town, but sport on the handling and track on the power train when driving on the open highway. After you play with the controls for a while, the default normal setting in both modes is just a little too tame for my taste.

There is one other mode, and I’ll be honest, I didn’t try it. From the screen, you can choose Variable Drift Control to do some impressive power slides. Had this been my own car I would have played with, but who wants to be the guy who wrecks a $350,000 car?

The 720S weighs in at just 3191 pounds, about the weight of a Ford Focus. This is pretty amazing considering the weight of the big V8. Much of the reason for the lack of weight is the 720S has a carbon fiber chassis, and uses aluminum for the body. All the outer panels channel air through the car for aerodynamics and for downward force on the rear end. When you start looking at all the air channels on this car, it is pretty amazing.

Outwardly, this is just a beautiful car with 19” front wheels and 20” rear wheels. There is 5.3 cubic feet of storage in the front cargo area, and another 7.4 cubic feet behind the front seats. That entire area is covered in rich leather and looks amazing. Overall, you have 12.7 cubic feet of storage, making this McLaren a car you can actually travel in.

The 720S absolutely stops traffic when you open the twin-hinged dihedral doors that open forward, then upward. They are also soft close, which means you barely latch them and they’ll close themselves. The doors are incredibly lightweight and easy to open and close. The doors also aid with ingress and egress of the low-to-the-ground car. You’ll learn quickly the best way for you to get in and out of the car, but the first few times you do it, make sure nobody it looking, it’s a little awkward.

Moving to the inside of this car, it hits you immediately that not only is the car fast, it is also luxurious. The sumptuous Nappa leather and Alcantara seats hug you snugly in those tight corners. When you look up, you’ll see glass panels built into the doors that are recessed for additional head room.

On the center console, you’ll find the engine start button, and the awesome launch control button. There are three large switches to shift the transmission from drive, to neutral, to reverse. When you hit the ignition button to turn the car off, it puts the car in park. For some reason it has the start/stop system, but it can be disabled.

To the left of the steering wheel are buttons to open the front cargo area, lock the doors, and something really cool, a button that flips the gauge cluster over to give you just the basic info you need if you are on a racetrack. It enhances your vision ahead and helps you focus on just the info you need.

As you would expect, this car comes very nicely equipped with everything you could ask for. My tester has $54,700 in options, primarily the Performance Package, the special Blade Silver color, park assist, 12-speaker sound system, red brake calipers, and the five-spoke wheels.

Two things of note: The Proactive Chassis Control uses sensors to give the suspension maximum ability on all road conditions. Second is the active rear spoiler that rises automatically, or you can raise it manually with a button. It also serves to help slow the car down when braking at high speeds.

In summary, this car has unbelievable power and handling, and with many sports cars, you have to choose. It is great no matter the road surface, and it would be an amazing car on a track. The exhaust sound is incredible, and it is an incredible combination of everything you could want in a cruiser that goes over 200 miles per hour.

This will sound odd to car enthusiasts: there is a slight turbo lag with this car, and I like that. When you get on this car, it will take right off and THEN the turbochargers kick in and pin you to the seat. You learn when the boost comes and you anticipate it, making it all the more fun.

One big surprise was the visibility of this car. Typically cars like this have a lot of blind spots, especially changing lanes to the right, but the 720S design makes seeing your surroundings very easy.

One thing I will warn you about…watch out for people trying to take your picture while you’re driving down the freeway, not paying any attention to where they are going. These amateur photographers also tend to drift toward you when driving. 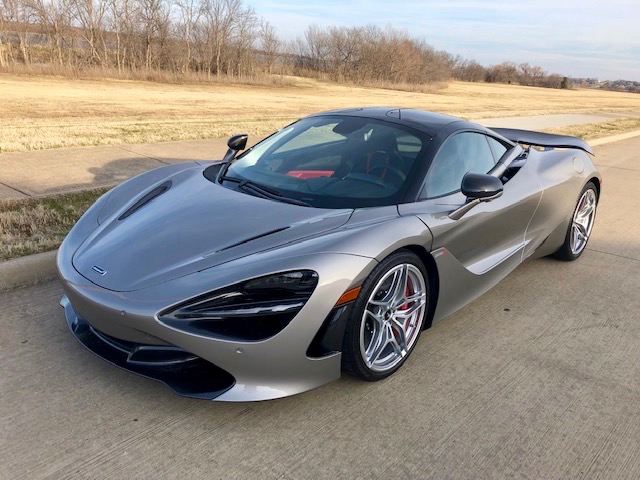 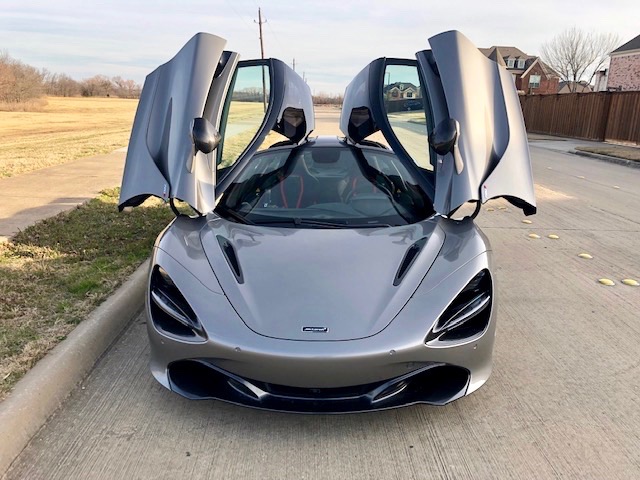 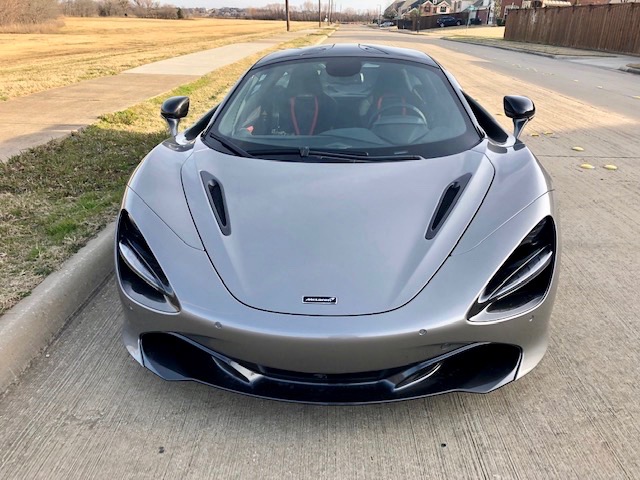 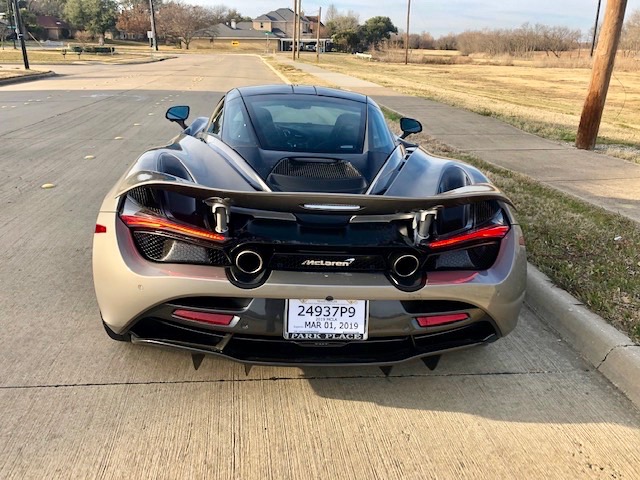